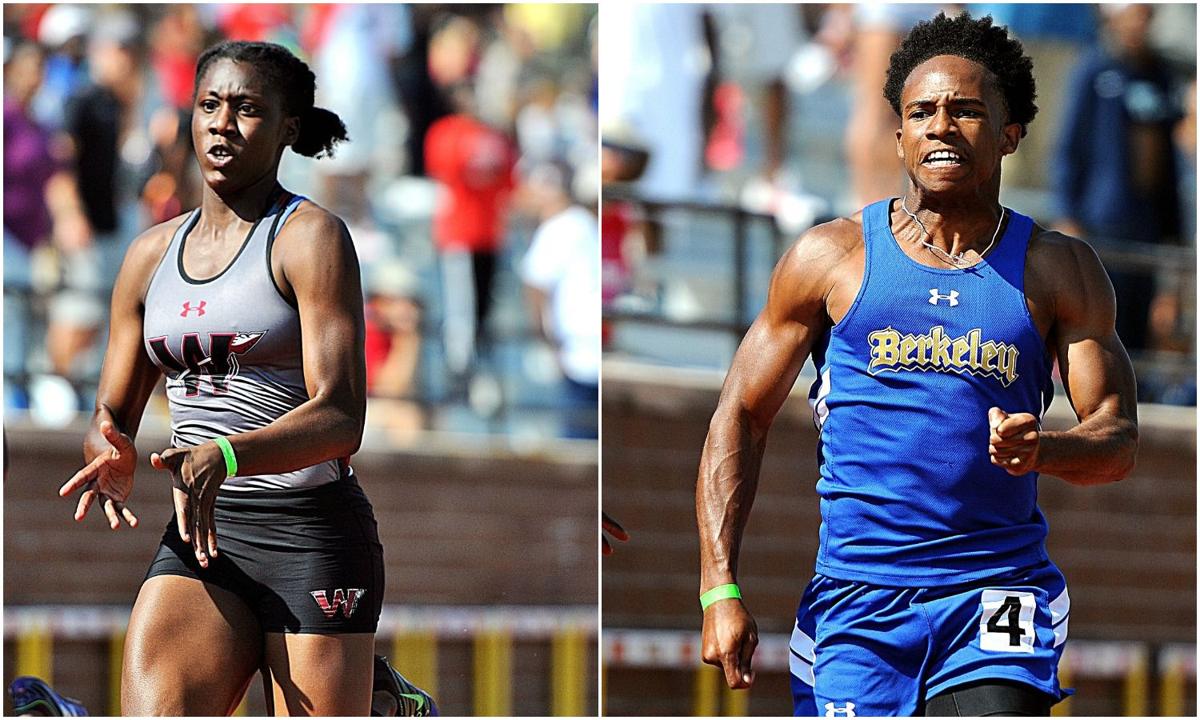 Zeniyah Lawerence of Wando (left) and D.J. Chisolm of Berkeley are the All-Lowcountry athletes of the year. 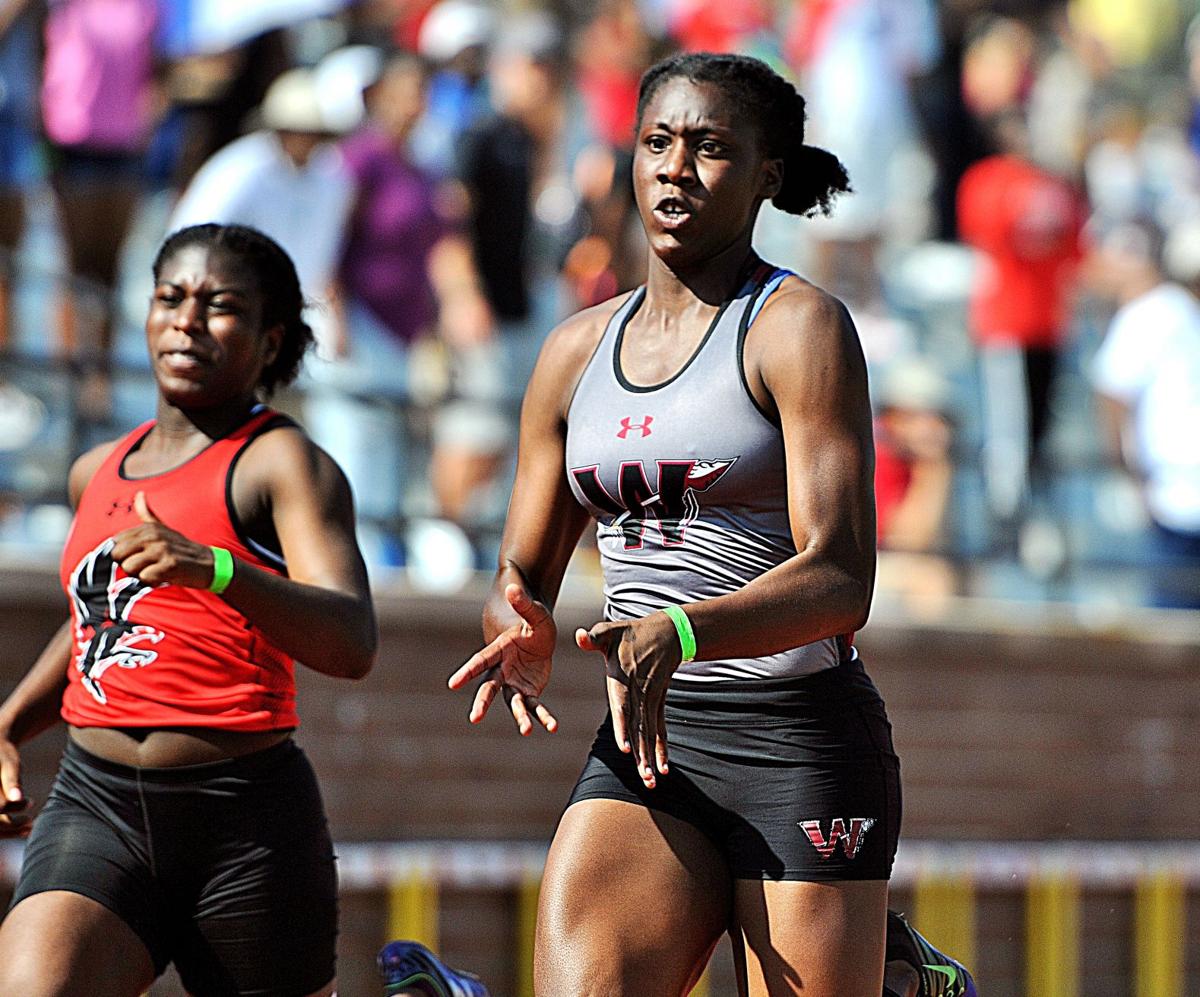 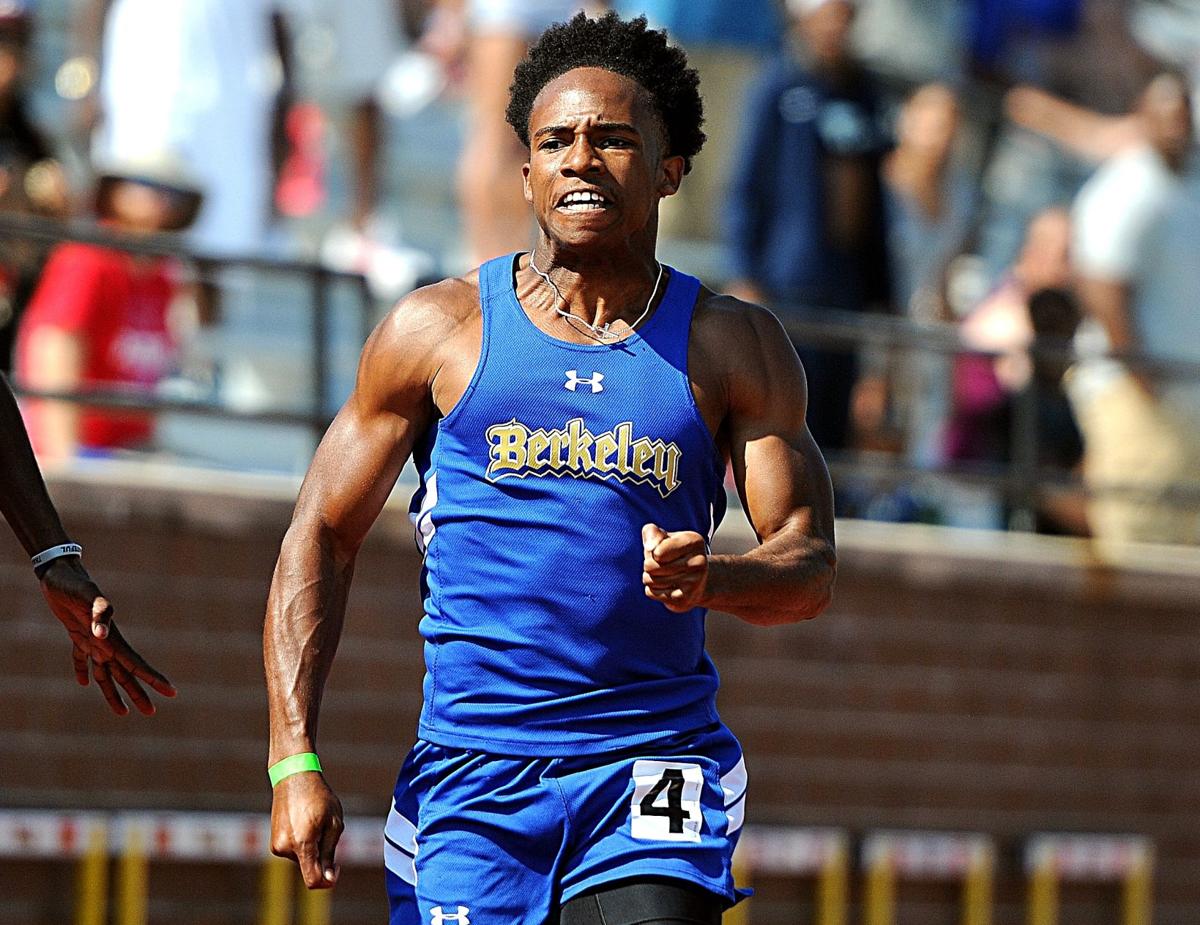 D.J. Chisolm of Berkeley was a standout in football, basketball and track for the Stags this year. Rob Gantt/Goose Creek Gazette 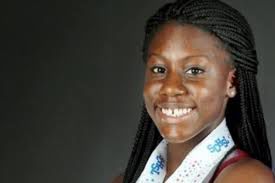 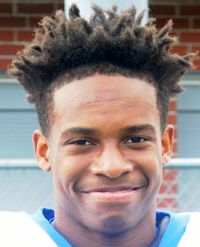 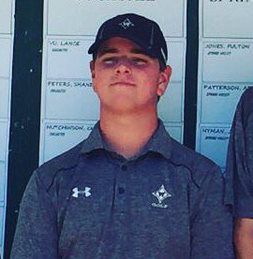 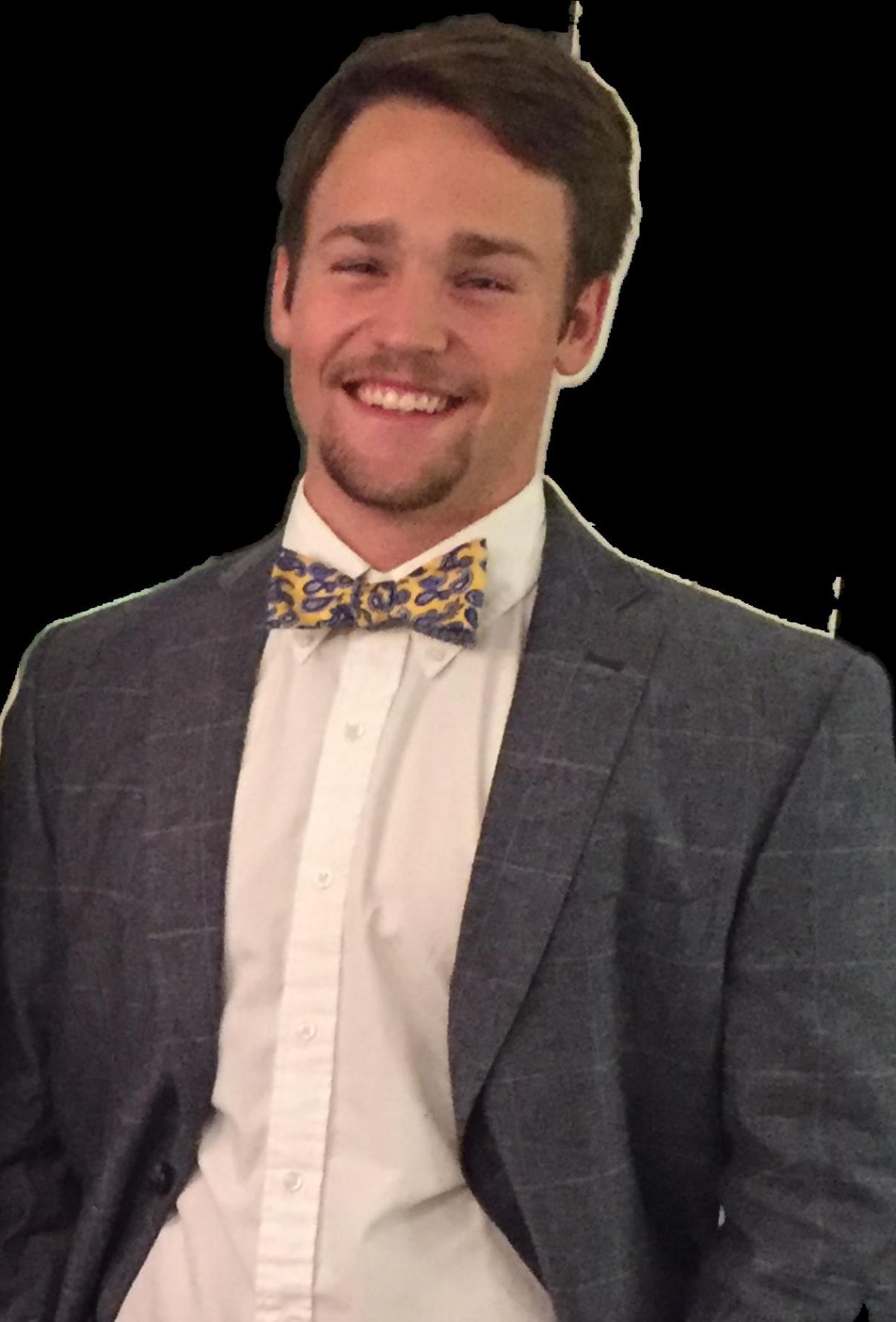 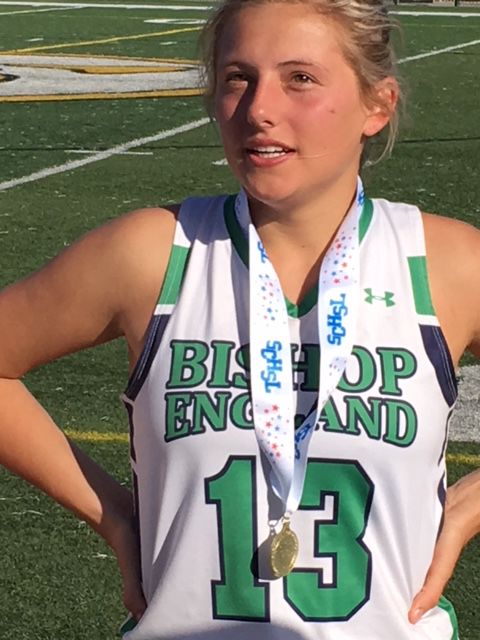 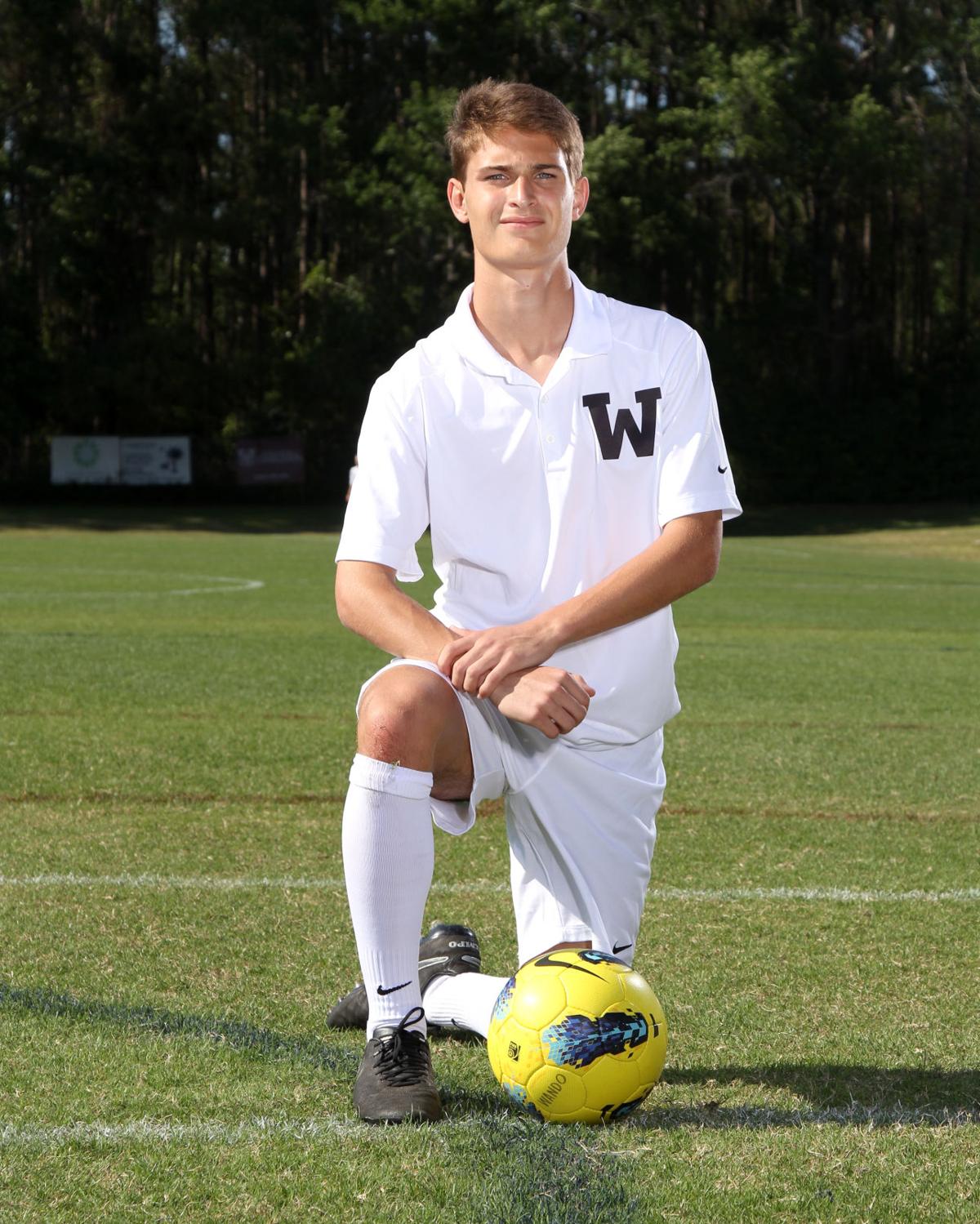 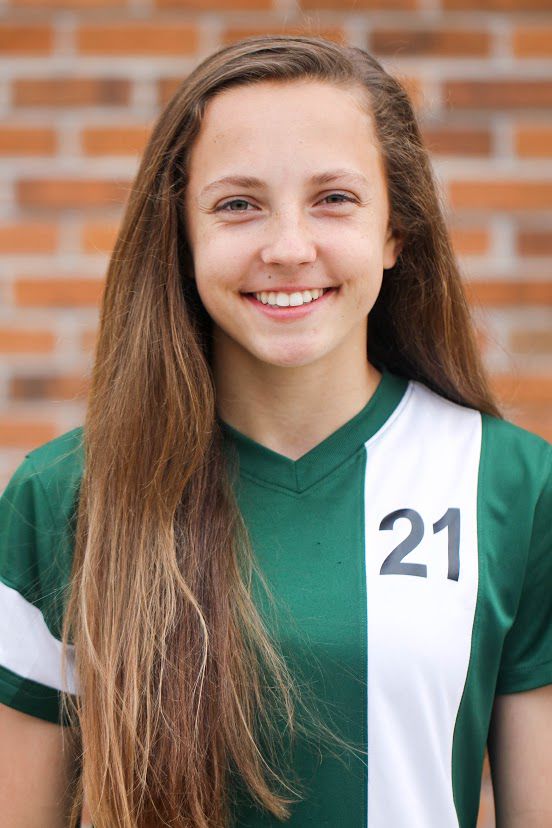 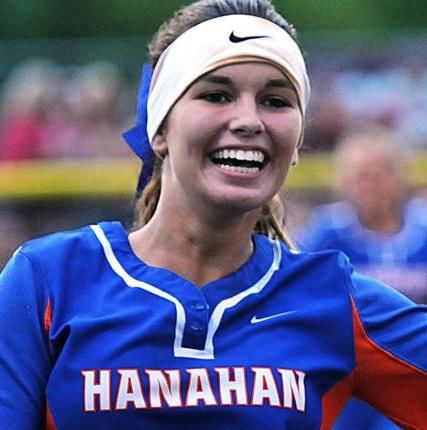 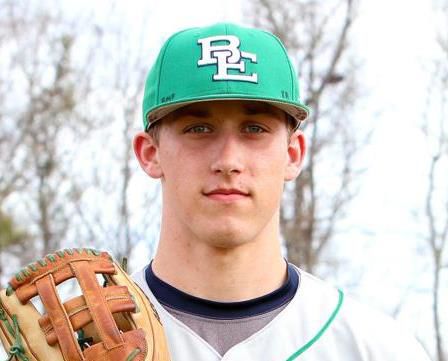 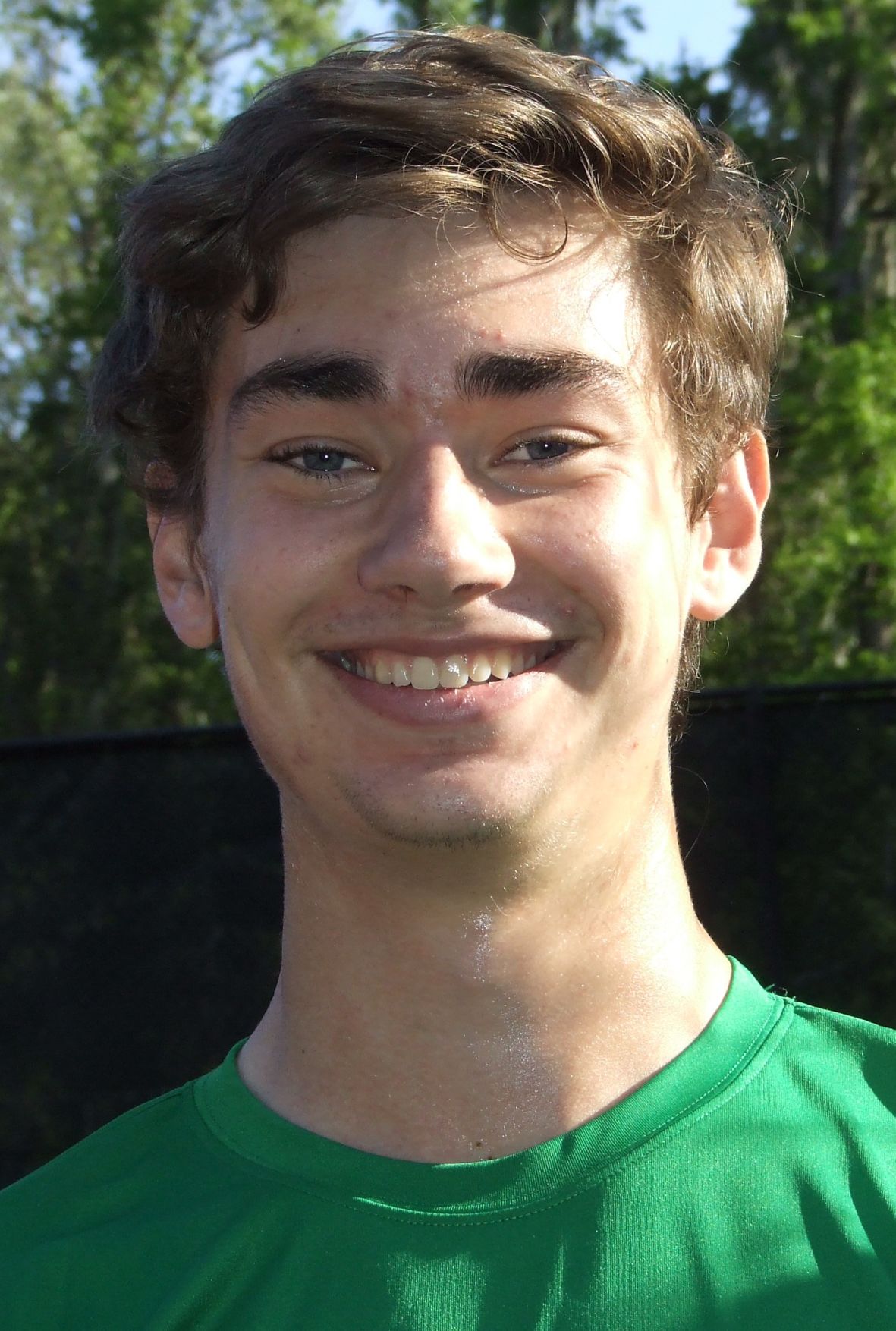 It has been said by coaches in all sports: “You can’t teach speed. You either have it or you don’t.”

The two athletes selected as the 2018 Post and Courier Lowcountry athletes of the year share that much in common — the ability to run.

Wando High School's Zeniyah Lawrence and Berkeley’s D.J. Chisolm use their ability to get from point A to point B faster than most to set themselves apart in their chosen fields of endeavor.

Lawrence, who also earned the female athlete of the year honor as a sophomore, will go down in state track and field history as one of the best ever. She gathered three individual gold medals at the 2018 Class AAAA state track meet, winning the 100 meters, 200 meters and long jump.

What makes Lawrence’s accomplishment even more mind-boggling is that she won three gold medals in each of the last three track seasons. She won all three events as a sophomore and a junior, after winning silver in the 200 as a freshman.

“You know, when I thought about it, I am impressed with what I was able to do over the last three years,” said Lawrence, who also played basketball at Wando before deciding to focus on track two years ago. “When I was younger, I thought that only seniors won gold medals. I didn’t really understand that sophomores and freshmen could beat the older kids. I got second as a freshman in the 200 and I knew then that I could compete with anyone.”

Early this spring, Lawrence admits she was not at her best. She wasn’t winning every race and says she felt out of rhythm. She got it together in time for the state meet.

“I think I had senioritis,” she joked. “I felt like I was working hard but the results weren’t what I expected. I honestly went into state kind of worried. I felt good about the long jump but I was ranked third in the 100 and fourth in the 200. I had a great day though. It all worked out great.”

Lawrence has signed to run track at Clemson and will arrive for summer classes on June 24. She plans to major in health science. Along with her studies, however, she has Olympic dreams.

“For 2020, I’d like to at least reach the trials and get a taste of it what its all about,” she said. “I think 2024 would be a great goal to make the team. I have a long way to go but I know Clemson will prepare me to reach my dreams.”

While Lawrence gave up basketball to focus on one sport, Chisolm chooses to stay busy on a year-round basis. The 5-8, 160-pound junior does not like having down time, playing football in the fall, basketball in the winter, and running track in the spring.

“It can get tough at times, going from one sport to the next without much of a break, but I would rather be playing and competing than sitting around the house bored,” Chisolm said. “I’d try baseball if I could hit. I could run bases but I can’t hit. No baseball.”

Chisolm’s performance during the 2017 football season put his abilities on the radar of college coaches. He set school records for receptions (69), receiving yards (1,133) and touchdowns (13). He also rushed for 380 yards and four touchdowns and returned three punts for touchdowns, finishing with 2,037 all-purpose yards.

“He’s electric with the ball in his hands,” Berkeley football coach Randy Robinson said. “When he touches the ball, you just wait for something big to happen. Man, he’s fun to watch.”

Entering the summer, Chisolm has Division I offers from East Carolina, Georgia Southern, Coastal Carolina, The Citadel, Troy and Charleston Southern. He just returned from a football camp at East Carolina where he clocked 40-yard times of 4.34 and 4.41 seconds.

During the 2017-18 basketball season, Chisolm was the starting point guard, averaging 8.1 points per game on a team that had three double-figure scorers and went 20-3 on the season. The Stags won 19 straight games at one point during the season.

Chisolm is a defensive specialist and coach Joe Wallace always sends him to guard the other team’s best backcourt scorer. During the playoffs, Chisolm matched up with Hartsville’s all-state guard Trae Hannibal, who recently committed to South Carolina.

“Man, he is good and he is strong, but I held my own,” Chisolm said. “I love the challenge. I love hearing people talk about my size. It gives me fire to compete.”

Basketball, he admits, was his first love but football has become the avenue to further his education.

“At first, football wasn’t my thing because of the heat, the pads and I got hit a lot,” he said. “I love it now. I have improved a lot and learned to use my speed so I don’t get hit as much.”

“The goal is to win gold next year,” Chisolm said. “I’m new to track but I learned a lot. I think track helps me in a lot of ways, plus it keeps me busy before spring football.”

Lawrence, a senior bound for Clemson, took first place in the 100 meters, 200 meters and long jump to lead Wando to a third straight state championship in Class AAAAA.

Mosher, a sophomore, shot a 73-70—143 to finish tied for seventh in the S.C. High School League Class AAAAA state tournament at the Country Club of South Carolina in Florence. He led Wando to a fourth-place finish.

Player of the year

For the second time in his four seasons with the Bishops, Pratt wins this honor after leading Bishop England to a second state championship. Pratt went unbeaten in his senior season at Bishop England. He also was the No. 1 boys 18 player in the nation in the final USTA national rankings for 2017. He started playing for the Bishops in the 2015 season after being schooled online as an eighth-grader while recovering from the curved-spine condition scoliosis. Pratt has been named to the third annual USTA Junior Leadership Team. He stood out academically at Bishop England as a member of the National Honor Society and will attend the University of Wisconsin in the fall and play tennis for the Big Ten's Badgers.

Seay scored 68 goals and added 33 assists in leading the Landsharks to the Class AAAA state championship. It was Seay’s fourth state title as a player; he won three at Wando before transferring this season. Seay finished his career with 163 career goals, including eight in the championship game win over Greenville.

Pizzo, a senior, is arguably the best girls lacrosse player in state history. The Mercer signee led the state in scoring this season with 130 points on 72 goals and 58 assists. She also leaves as the state’s career scoring leader with 500 points.

Siegling, a senior, did a little of everything in leading Hanahan to a second consecutive Class AAA state championship. At the plate, Siegling batted .529 with 22 RBIs. In the pitching circle, she tallied 24 wins with a 0.93 earned run average. She struck out 169 hitters and posted 15 shutouts.

In a season with several contenders for player of the year honors, Gilbert put up just a little better numbers than the others while guiding the Bishops to a second straight Class AAA state championship. Gilbert, a junior and a Clemson commitment, went 10-0 on the mound with a 0.22 earned run average. In 66 innings, the left-hander fanned 93 hitters and allowed just two earned runs all season. He also batted .333 with three home runs and 27 RBIs while playing first base. Gilbert recently was named the state’s Gatorade player of the year.

Coman, a junior who has already verbally committed to South Carolina, tallied 52 goals and 15 assists in leading the Raptors to another Class AA state title. Coman has 103 goals and 34 assists in her two seasons as a full-time starter.

Marino, a senior, was a key leader and performer on Wando’s back-to-back Class AAAAA state championship teams. This season, Marino scored 36 goals with 18 assists, including a goal and assist in the state title win over Nation Ford. Wando has won 54 consecutive matches and has finished the last two seasons as the top-ranked spring team in the nation by USA Today/Max Preps.