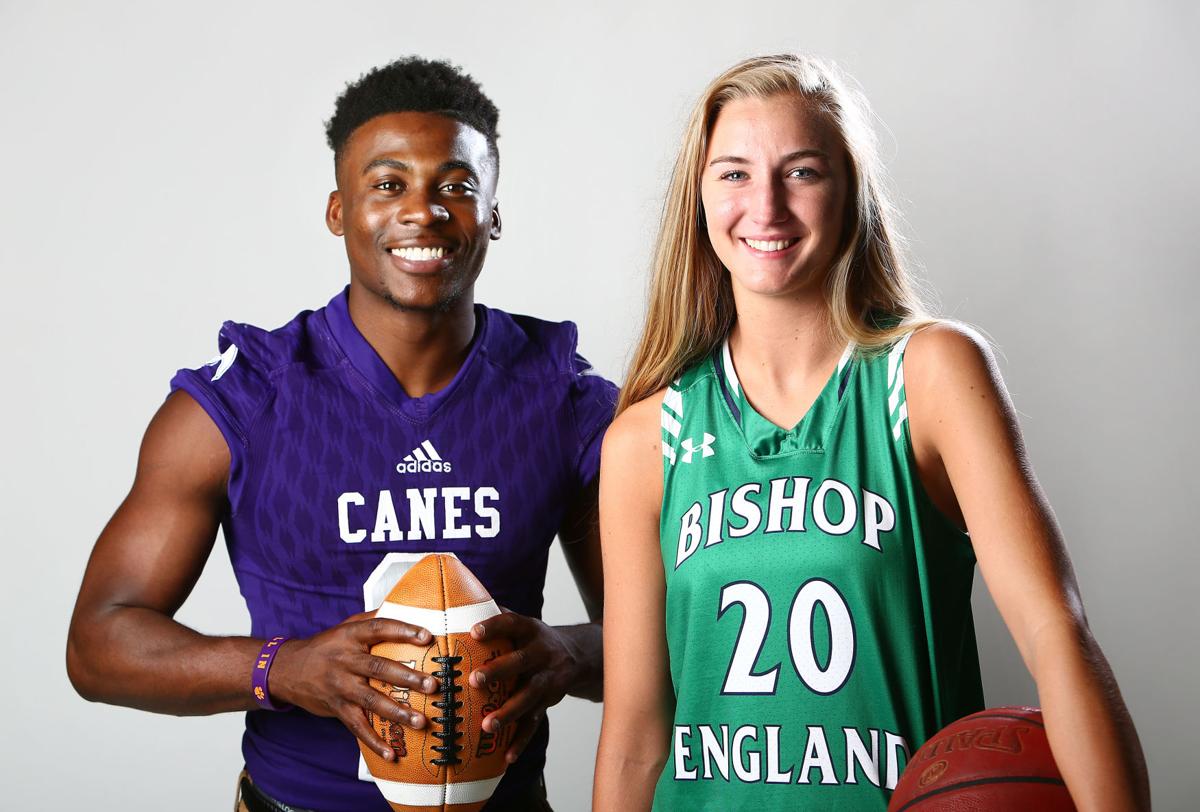 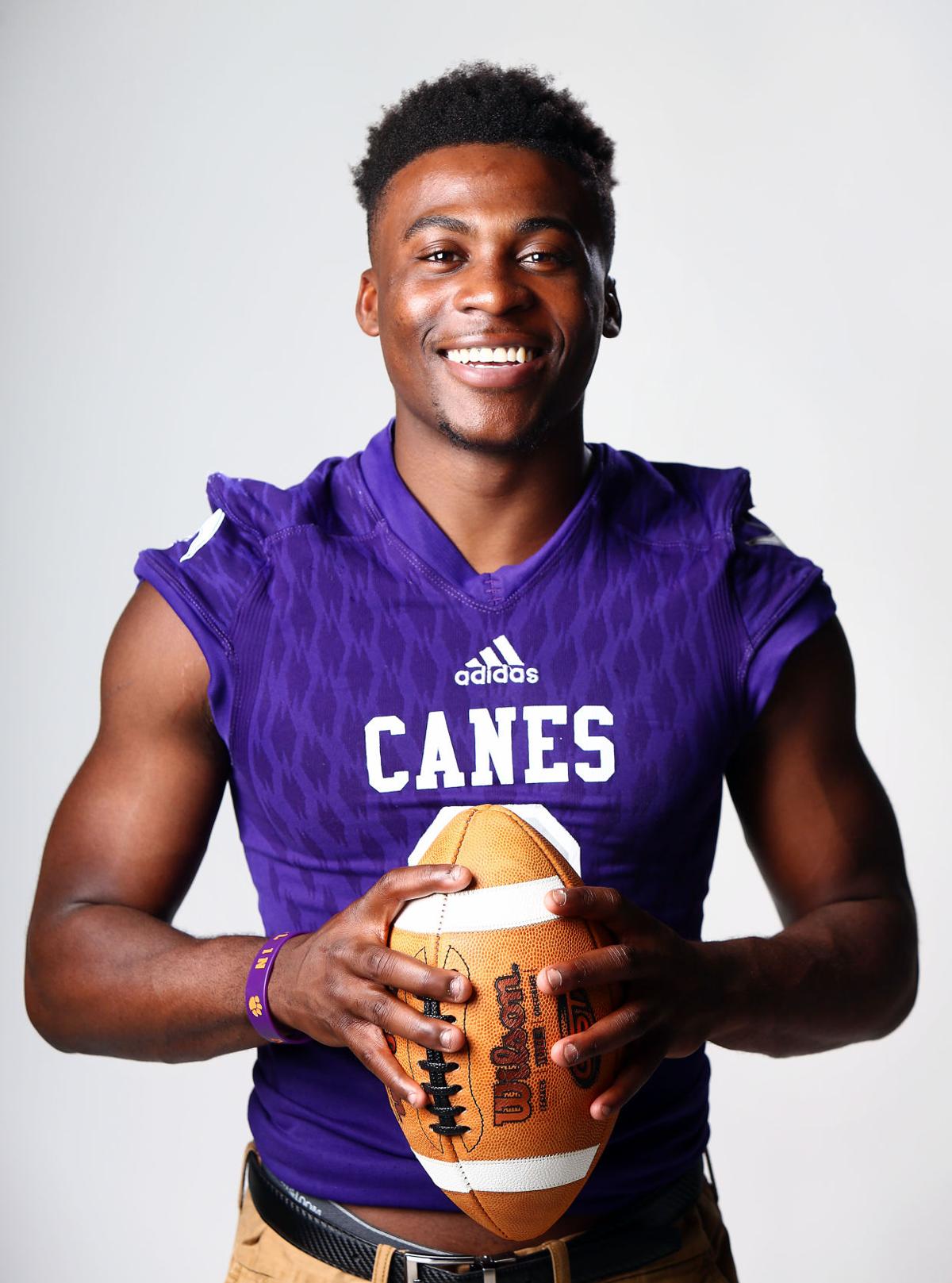 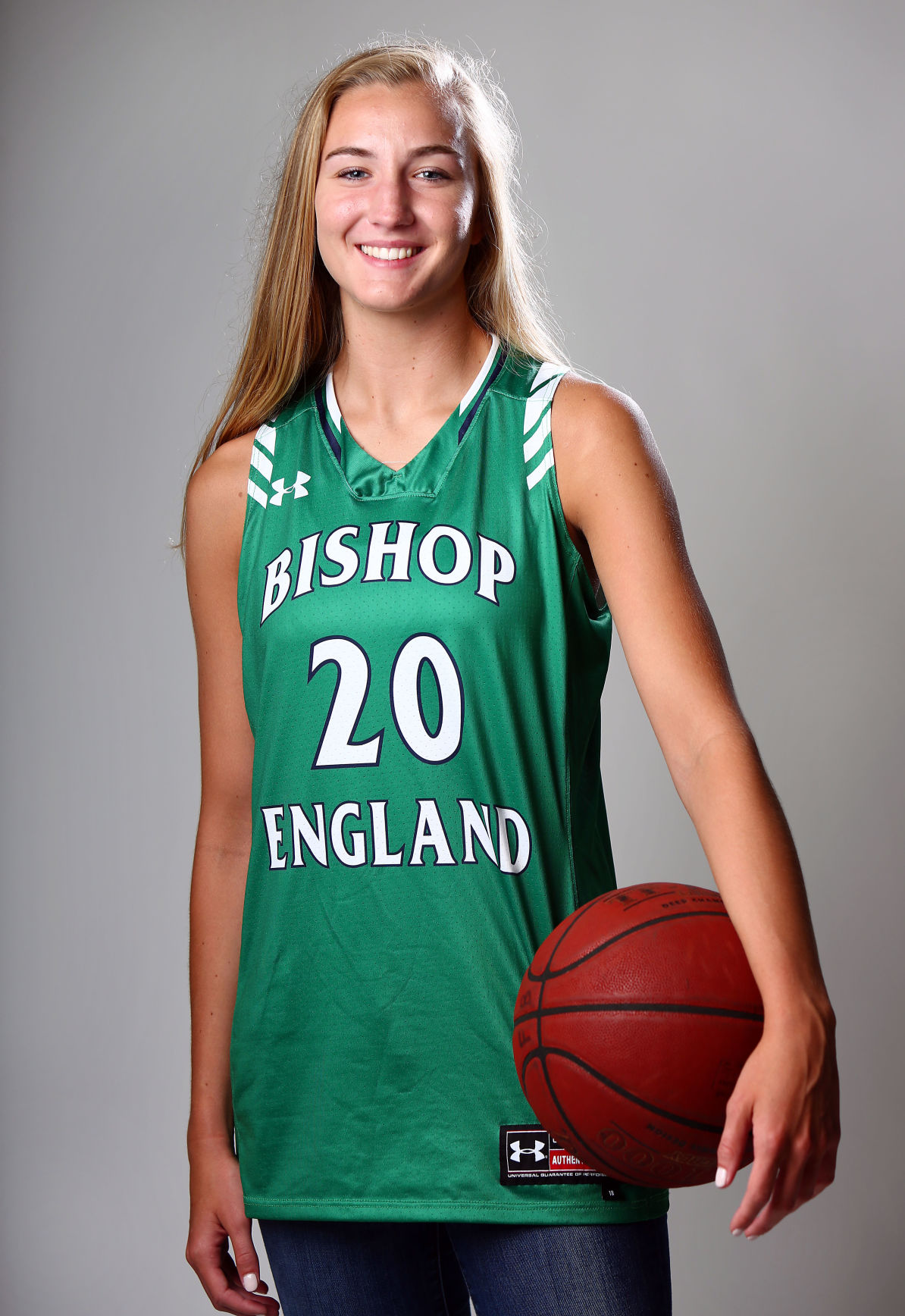 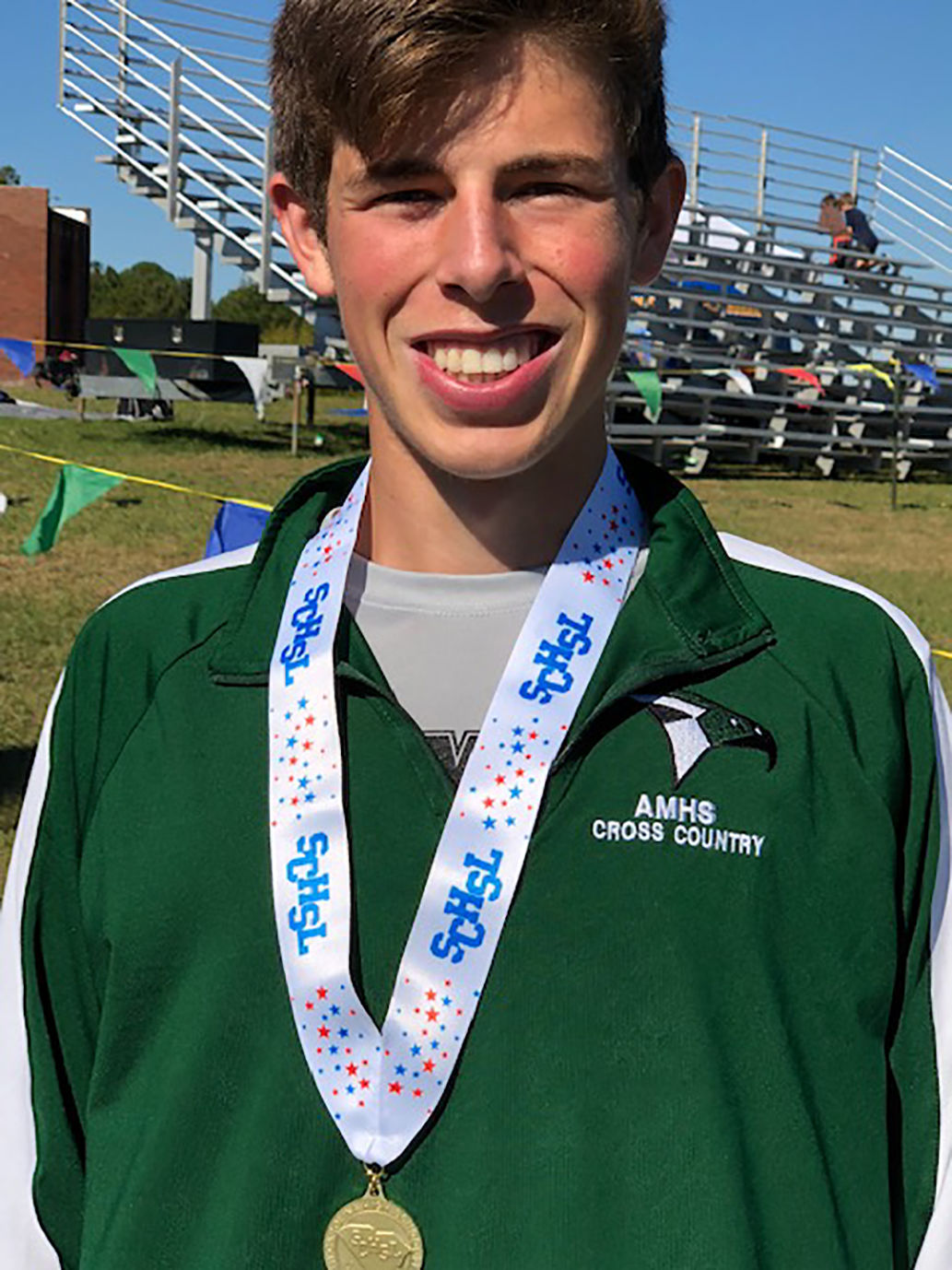 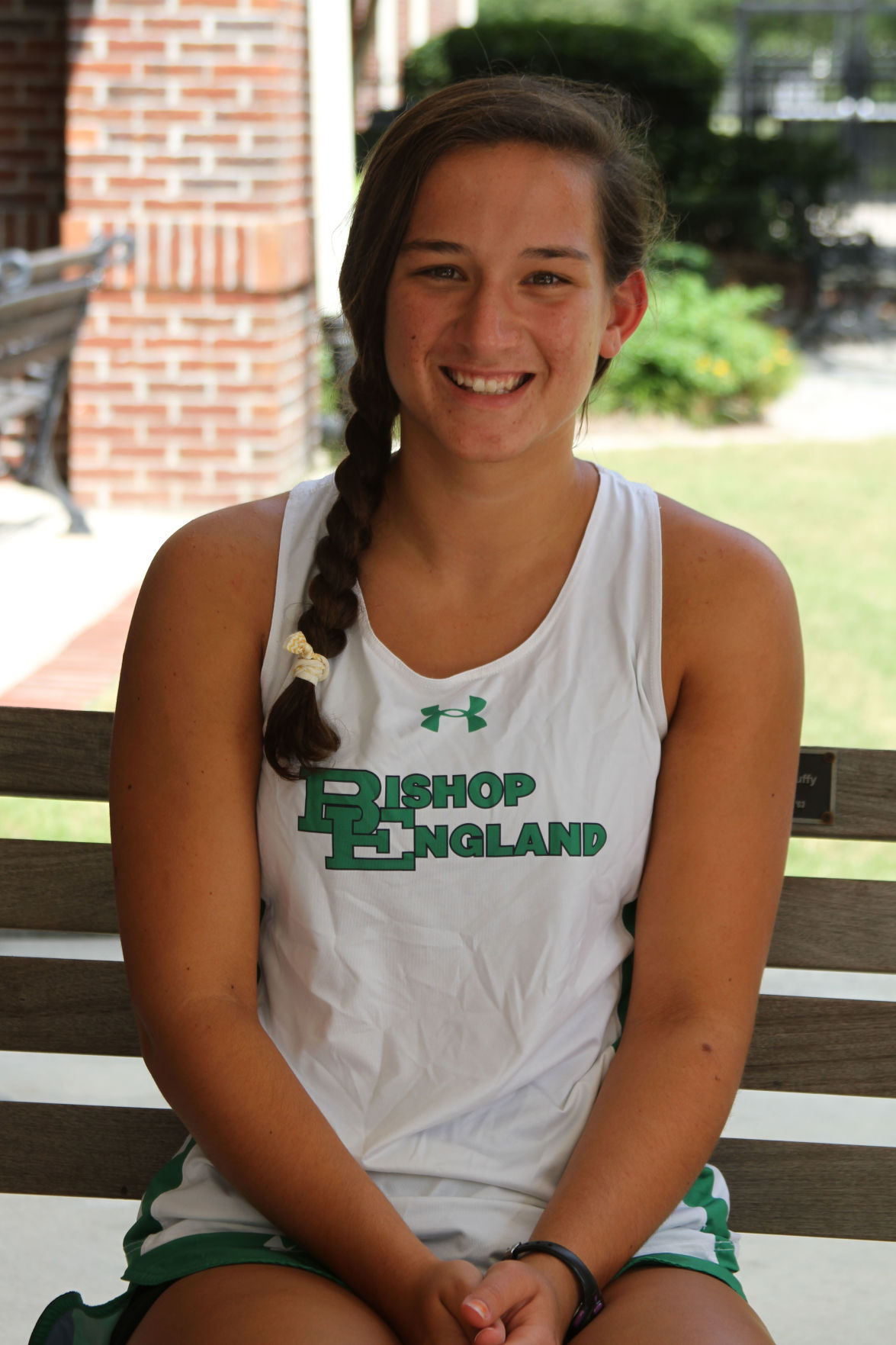 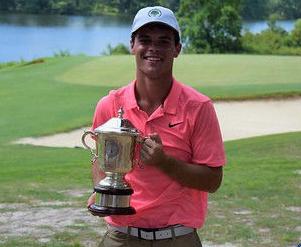 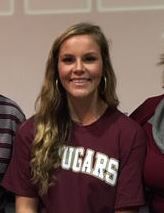 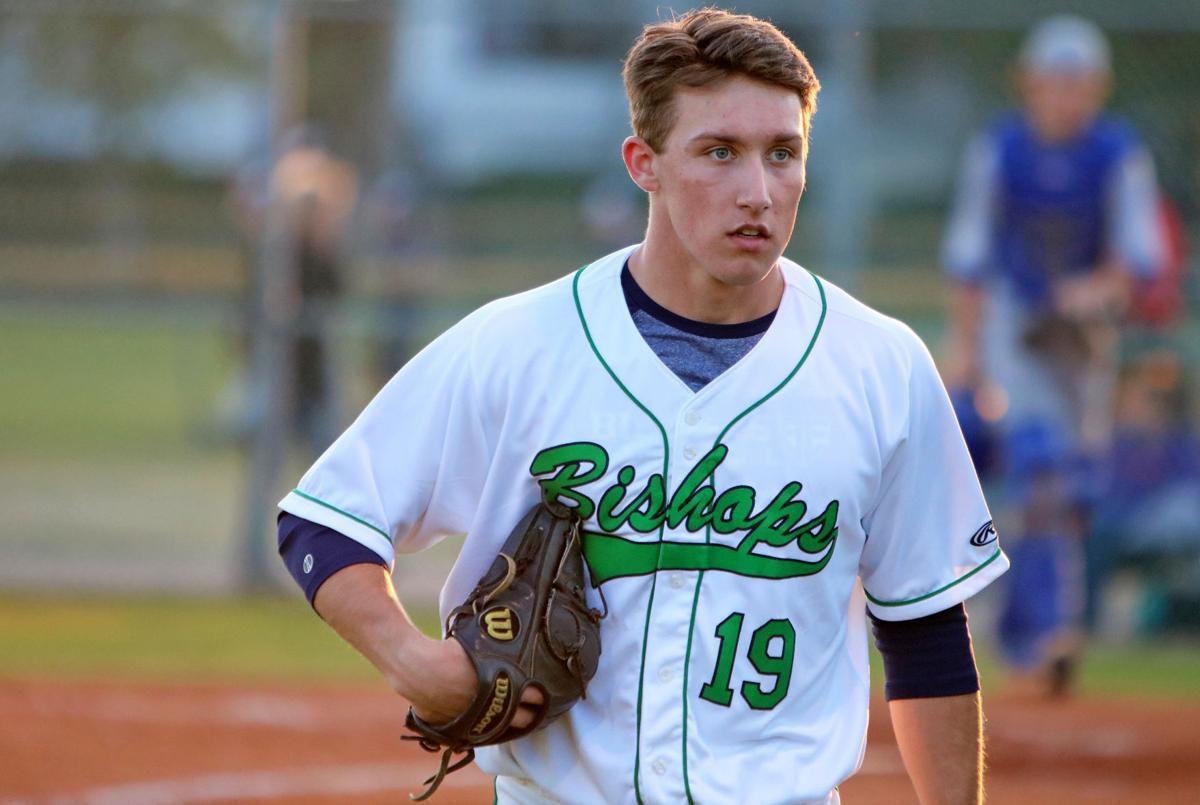 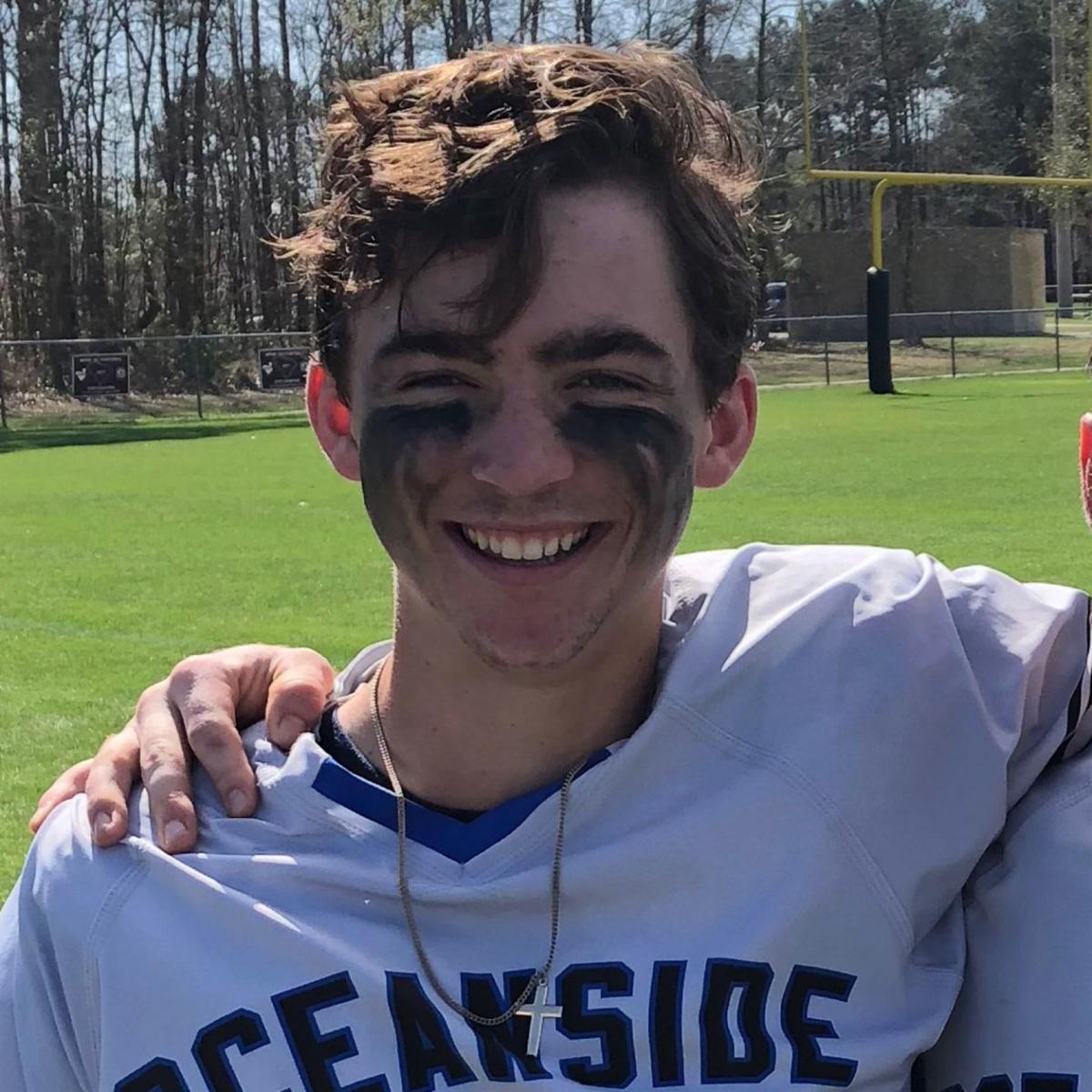 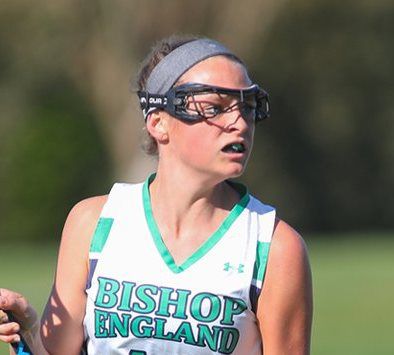 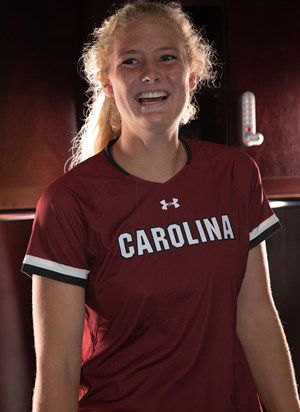 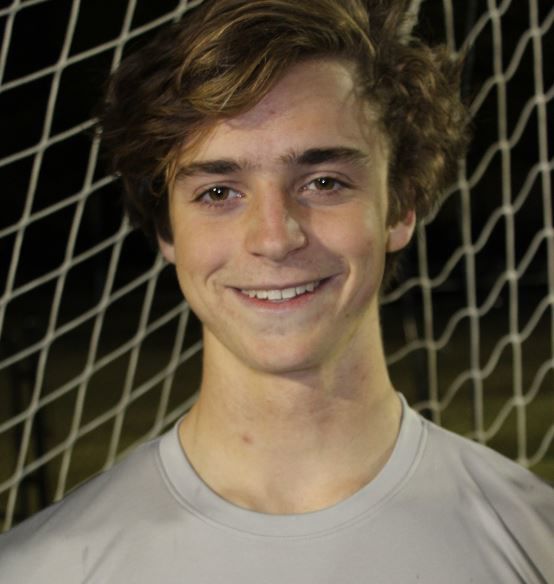 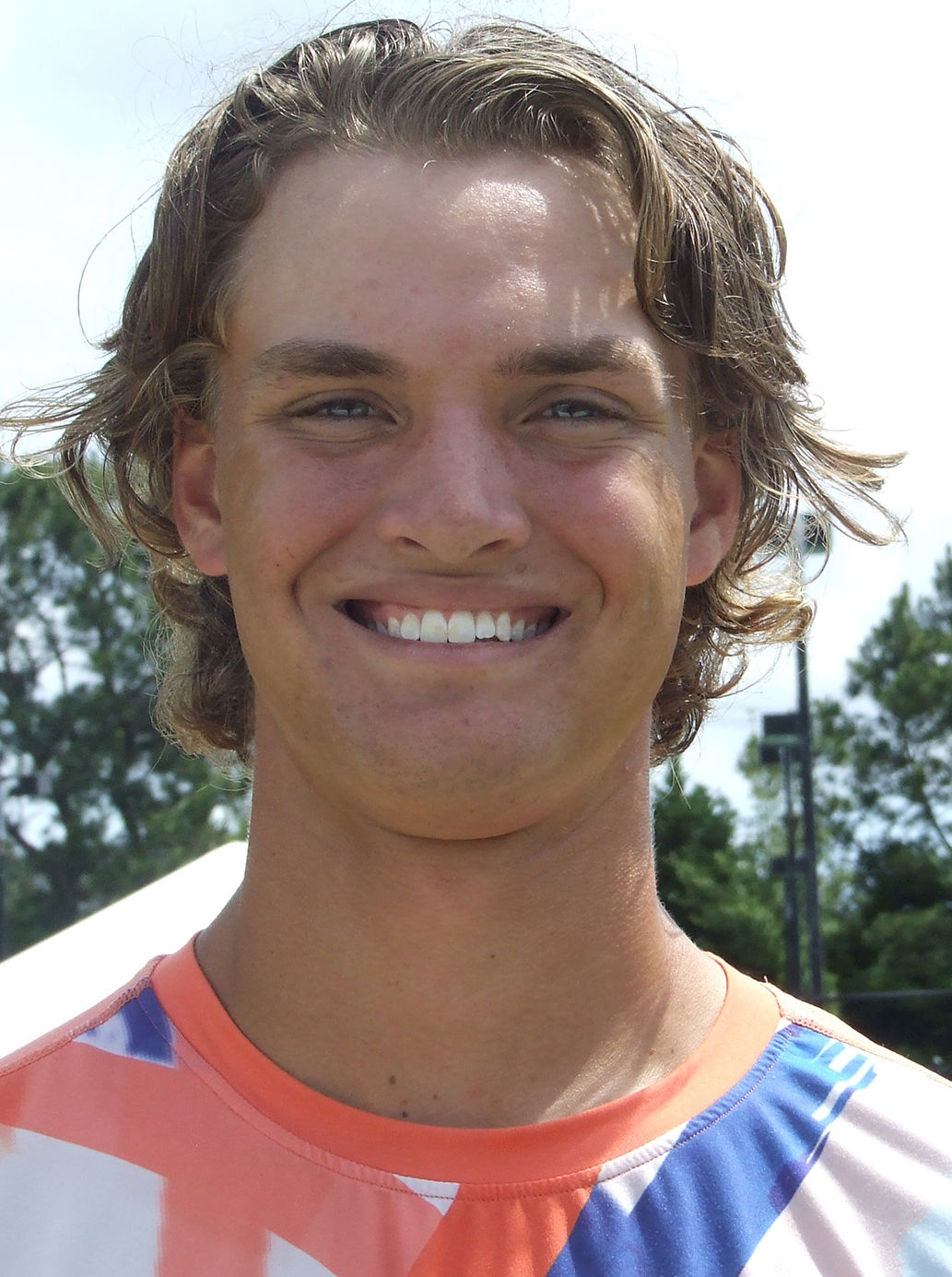 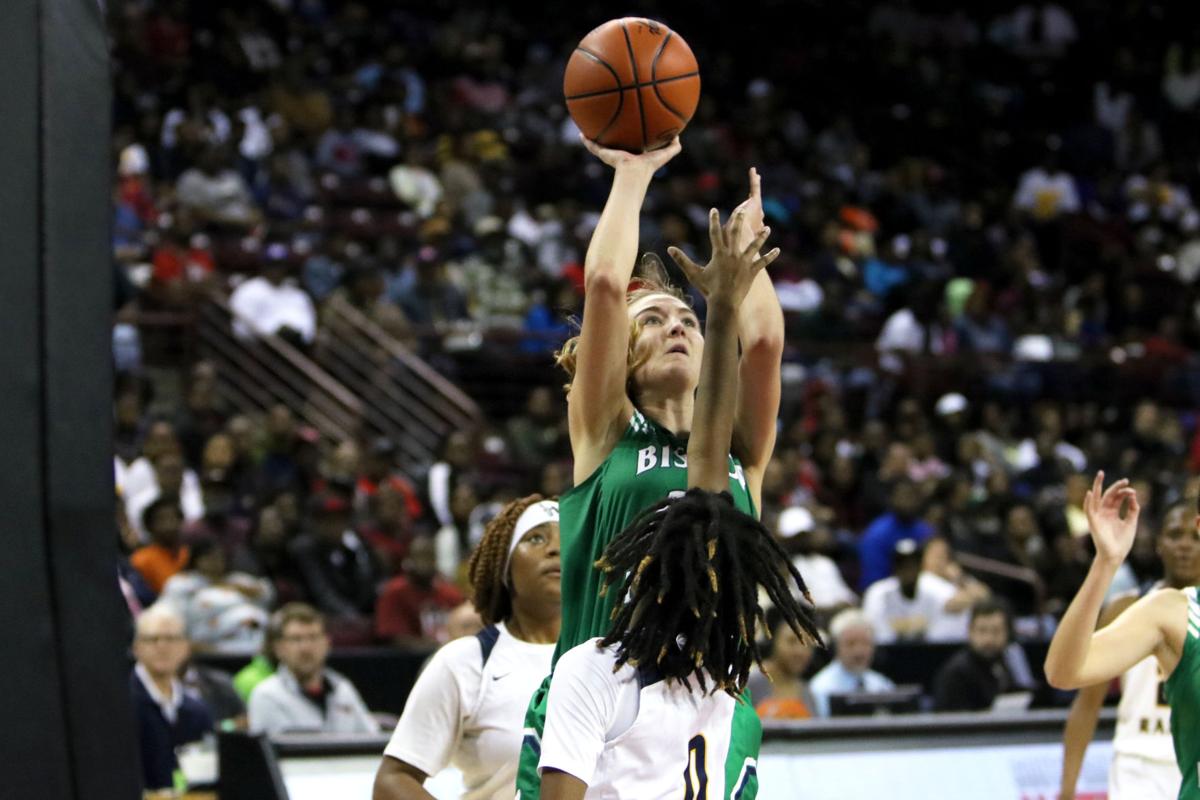 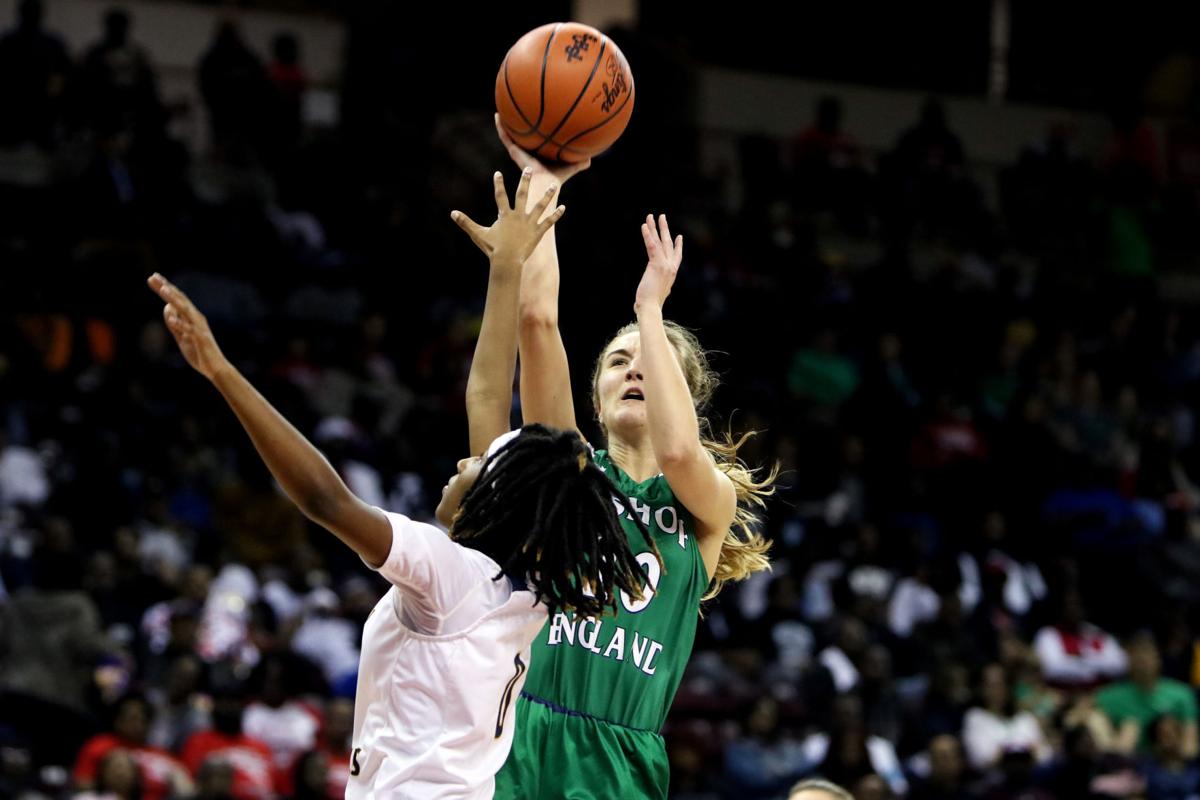 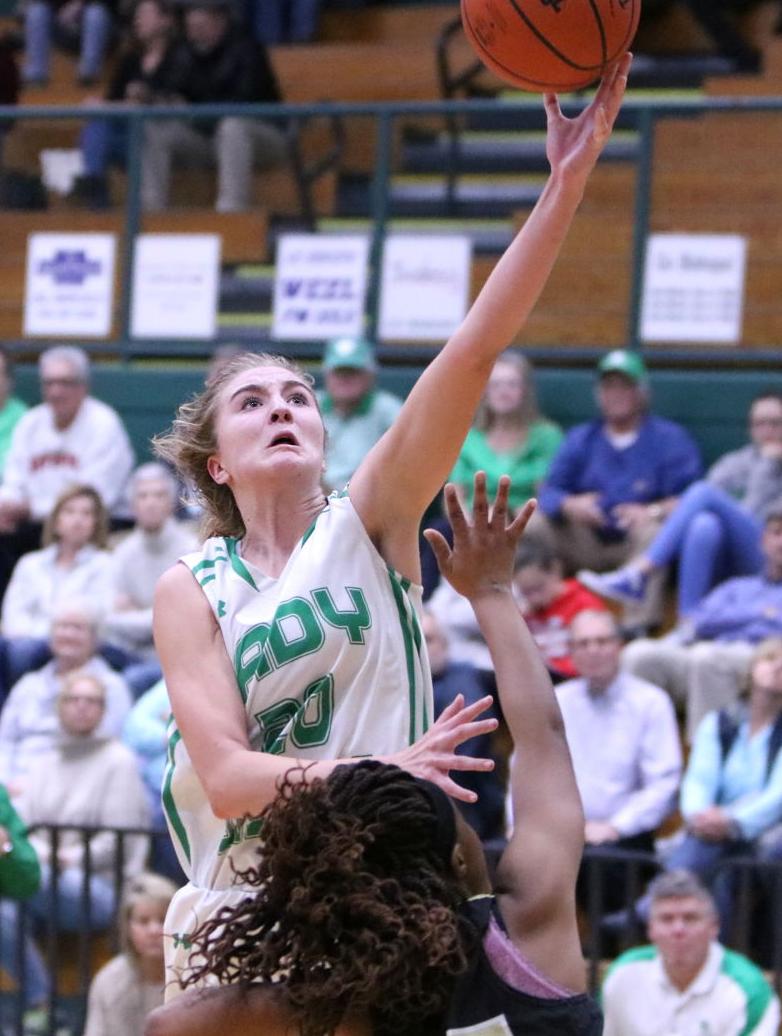 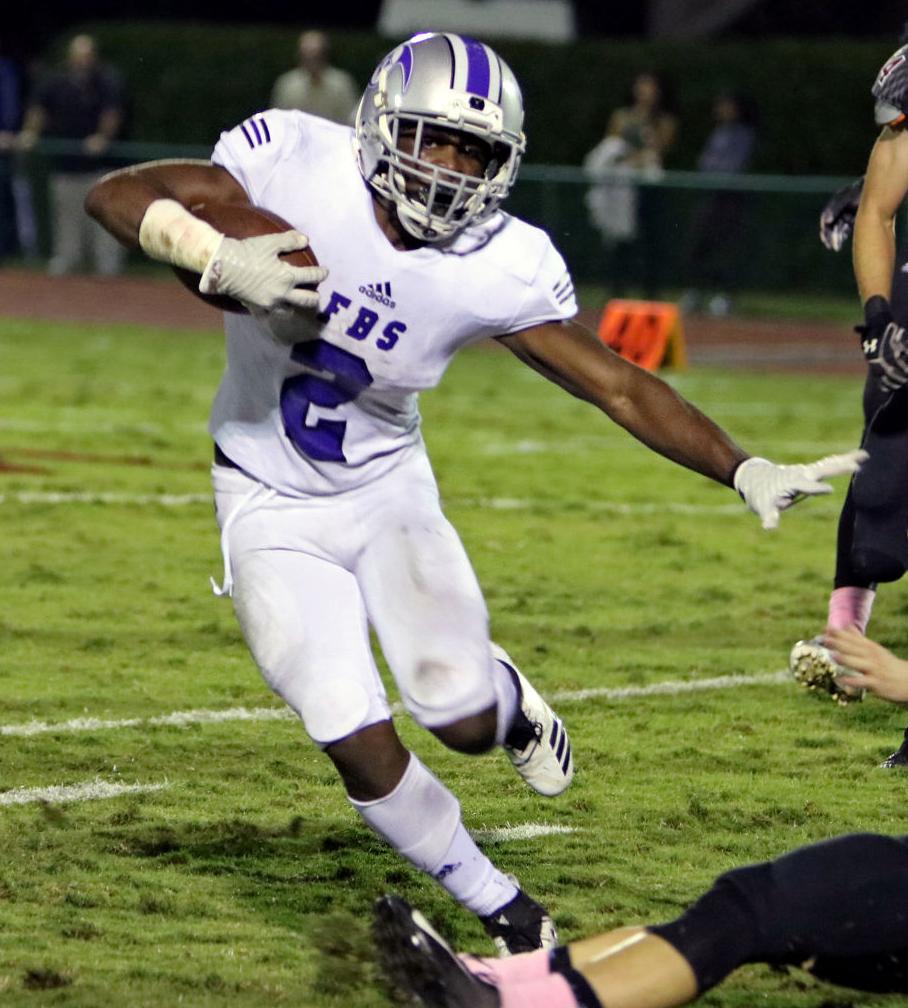 Michel Dukes was a football and basketball star at First Baptist, where he led the football team to two state championships. Frankie Mansfield/Moultrie News 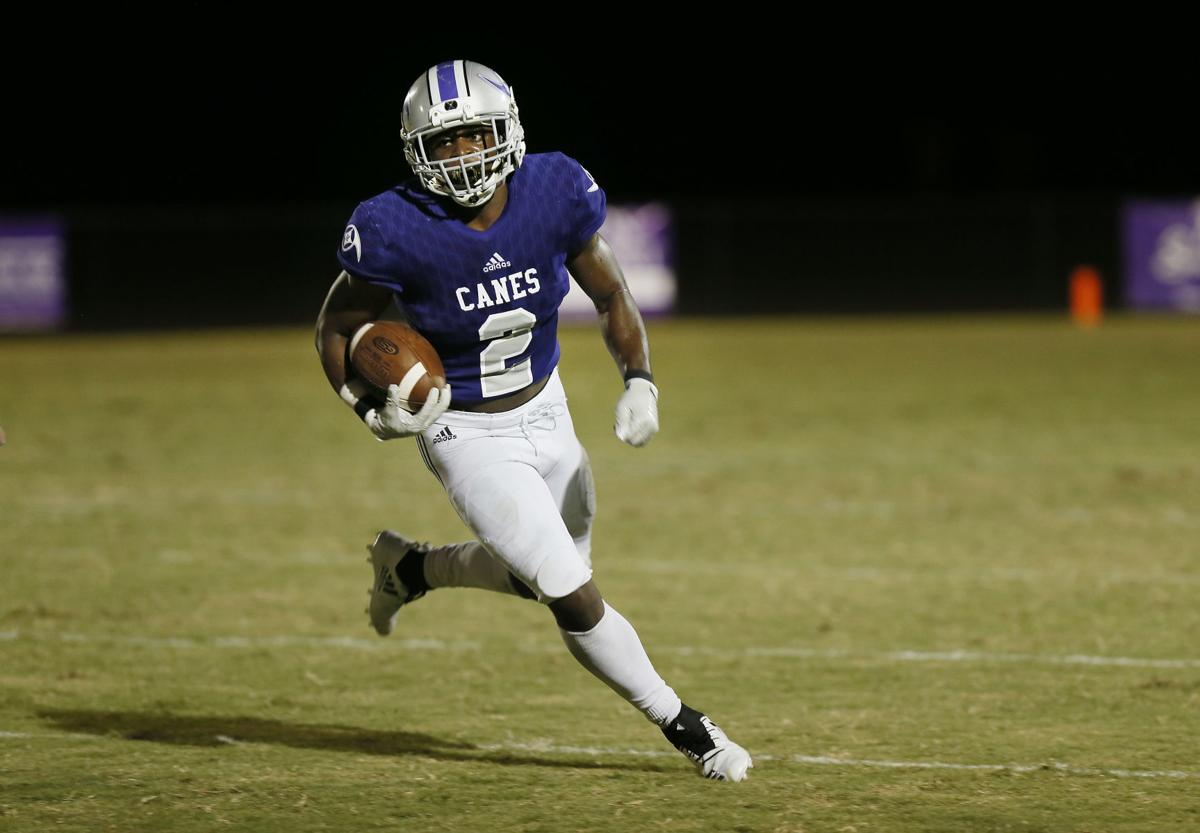 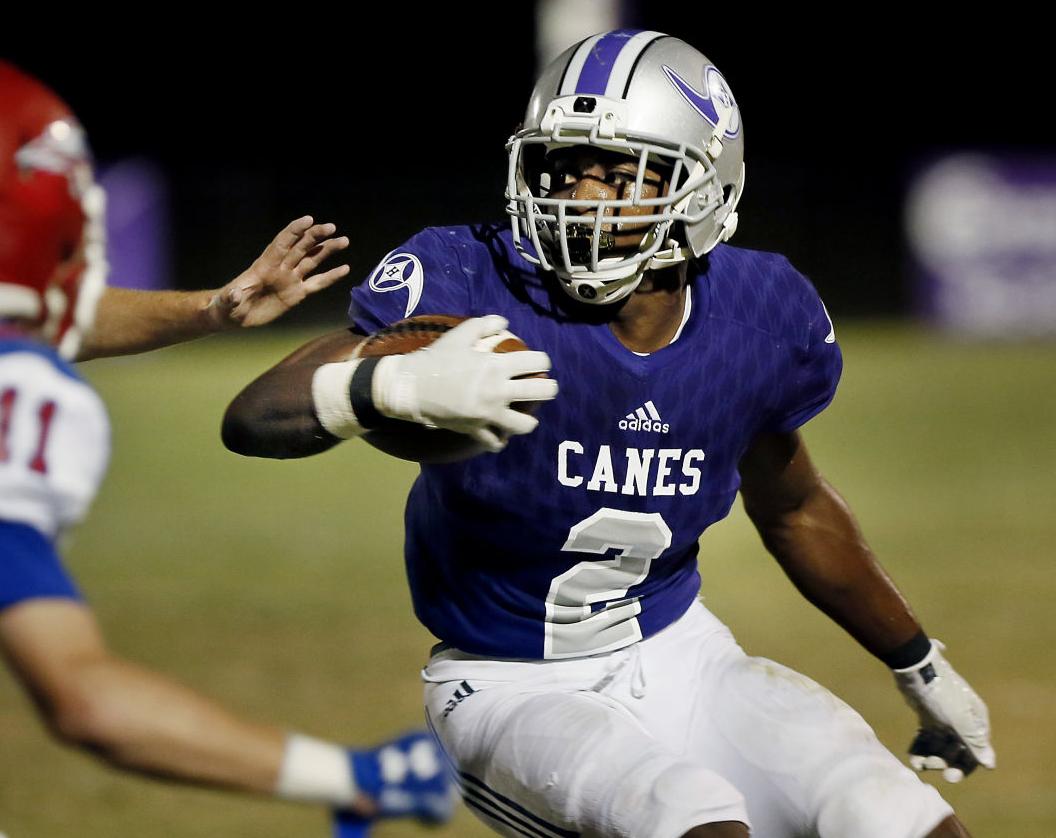 Michel Dukes was a football and basketball star at First Baptist, where he led the football team to two state championships. Frankie Mansfield/Moultrie News

Michel Dukes of First Baptist and Katie Brooks of Bishop England are both headed to Clemson, but The Post and Courier's All-Lowcountry Athletes of the Year have very different ideas about what the next four years will look like.

Dukes, a football and basketball standout at First Baptist, is going to Clemson as a football scholarship signee and will report later this month to begin his indoctrination into major college sports.

Brooks, who helped Bishop England to state titles in basketball and track this year, has decided to tackle her academic career without athletics when she enrolls at Clemson in August.

“I know how demanding it is for college athletes to maintain their studies while basically working year-round in your sport and I decided being a student was more important for me,” said Brooks, who was a first-team All-Lowcountry selection in basketball. “I still love basketball, and maybe after a year or so, I might try to get back into it. But right now my focus is on academics and I am comfortable with that.”

Brooks was not recruited by Clemson but had scholarship opportunities from smaller colleges if basketball was her priority. While at Bishop England, she certainly made sports a big part of her life. She was a three-year starter for basketball coach Paul Runey and a member of two state championship teams. She led the team in scoring as a senior, averaging nearly 12 points and six rebounds per game as part of a balanced lineup.

Growing up, Brooks tried volleyball, soccer and swimming before settling on basketball, where the six-foot forward excelled. This spring, Brooks participated with the track and field team for the first time. In her only year of competition, Brooks captured third-place in the high jump and eighth-place in the triple jump at the Class AAA state track meet.

Brooks comes from a sports-minded family. Her parents were high school athletes and her brother, Daniel, is a top pitching prospect in the Bishops’ baseball program.

“We’ve always been involved in something and it helped us learn to balance out athletics and academics, to get really good at time management,” Brooks said. “Being able to compete at Bishop England was something I will never forget. Bishop England helped prepare me for college.”

Runey said Brooks could have been a college basketball player but understands that her focus is academics.

“She’s a well-rounded kid, a great young lady,” he said. “She’s a National Honor Society student. She is very focused and a hard worker. She will be successful. No doubt about it.”

As for Dukes, the 5-11, 190-pound running back leaves quite a legacy at First Baptist. As a five-year starter, Dukes rushed for 8,762 yards and 117 touchdowns. He helped lead the program to three state championship games, winning two SCISA Class AA state titles.

Now comes the hard part. From a small private school program where he was “the man” to a running back room loaded with four- and five-star performers for the defending national champions.

“Yeah, it’s crazy to think about where I came from and now I get to be a part of the best program in college football,” said Dukes, who also was an all-state basketball player, averaging better than 20 points per game. “I am very excited to get up there and get started. I know it will be hard but I have been working my butt off all spring to be ready. The competition is great. It will make everyone better. I am ready to compete.”

Dukes, who also had offers to play college basketball, admits giving up the sport he loves will be difficult. Just a few weeks ago he participated in a slam dunk contest, winning the event with highlight reel dunks. Basketball, however, is in the past. For now.

“Maybe after a year, if it works out, I may have an opportunity to play basketball,” Dukes said. “But honestly, I am 100 percent committed to football. I want to make my impact in football. I love basketball and that will never change, but football is getting me an education and football will get all of my energy.”

Dukes talks often of the opportunity to become a college graduate. He says a college degree will make his parents most proud. His future, he hopes, is in sports broadcasting on ESPN.

“Since I started playing sports as a kid, if I let my grades slip my mom would take me out,” he said. “I had to do well in school to play sports. I have to get a degree for my mom. She always says that is more important to her than football.”

Here are the All-Lowcountry teams and players of the year for spring sports. The teams are selected by The Post and Courier with input from high school coaches.

Player of the year

Baker won his third straight state title in the 3,200 meters at the S.C. High School League track and field championships in 9:15.53, and doubled up with his first state title in the 1,600 meters in 4:21.14. Both times were fastest in the Lowcountry this season. The senior is headed for Harvard University.

Based on performances at state championship track meets.

Albano led the Bishops to their second Class AAA state championship in three years, winning the discus at 129 feet, six inches and placing third in the shot put at 36-11.75. Both efforts led the Lowcountry this season.

Based on performances at state championship track meets.

Stewart, who has signed to play college golf at Clemson, shot a 69-72—141 to finish second in the Class AAAAA state tournament at the Country Club of Lexington. He led James Island to a ninth-place finish, tops among Lowcountry schools.

Based on performances at state tournaments.

Freeman, a senior, was one of the area’s most dominant pitchers over the last two seasons, helping guide the program to back-to-back appearances in the Class AAAAA Lower State finals. She posted a 17-3 record in 2019 with eight shutouts and a 0.78 earned run average, and struck out 256 hitters in 129 innings. At the plate, she batted .301.

Maddie Ingram, IF, Ashley Ridge, So.

Kennedy Rhue, IF, Oceanside Collegiate, So.

In leading the Bishops to a third consecutive Class AAA state championship, Gilbert went 8-1 on the mound with a 0.56 earned run average. He struck out 102 hitters in 61 ⅔ innings and threw four complete games. Gilbert also batted .300 with eight doubles and 22 runs batted in. He went 26-1 on the mound during the last three seasons with 278 strikeouts.

Reich, a senior, was a two-year starter and key performer for the Landsharks, helping to lead them to a pair of Class AAAA state championships. He scored 47 goals with 17 assists this season and tallied 96 goals with 43 assists over his two seasons at Oceanside Collegiate.

Ward, a senior, was a four-year varsity player and a member of four consecutive state championship teams, a first in South Carolina. She scored 78 goals and tallied 37 assists while also picking up a team-leading 62 groundballs. Ward finished her career with 188 goals scored, 68 assists and 199 groundballs.

Fayssoux was a team captain for the 2019 Class AAAAA state champions. He played defensively as a center back and was the leader of one of the state’s top defensive teams. Fayssoux was selected to play in the Clash of the Carolina’s all-star game and was a Class AAAAA all-state selection by the state's coaches association.

Meredith, a senior, is a three-time all-state selection and was selected to play for Team SC in the Clash of the Carolinas. She led Wando to the Class AAAAA Lower State title. Meredith scored 40 goals with 15 assists in 2019. She has signed with the University of South Carolina.

As a junior this year, Simon helped lead Philip Simmons to the SCHSL Class AA state championship, then turned around and won the individual singles state title for A/AA/AAA. Simon is no stranger to All-Lowcountry selections. Two years ago as a freshman at Hanahan, he helped the Hawks win a state title and made All-Lowcountry. Simon is a multi-talented, ambidextrous 17-year-old who has verbally committed to the University of Tennessee. In junior tennis, he is the No. 1 boys 18 player in the South and trains at Randy Pate Academy at LTP Tennis.

All-Lowcountry Players of the Year