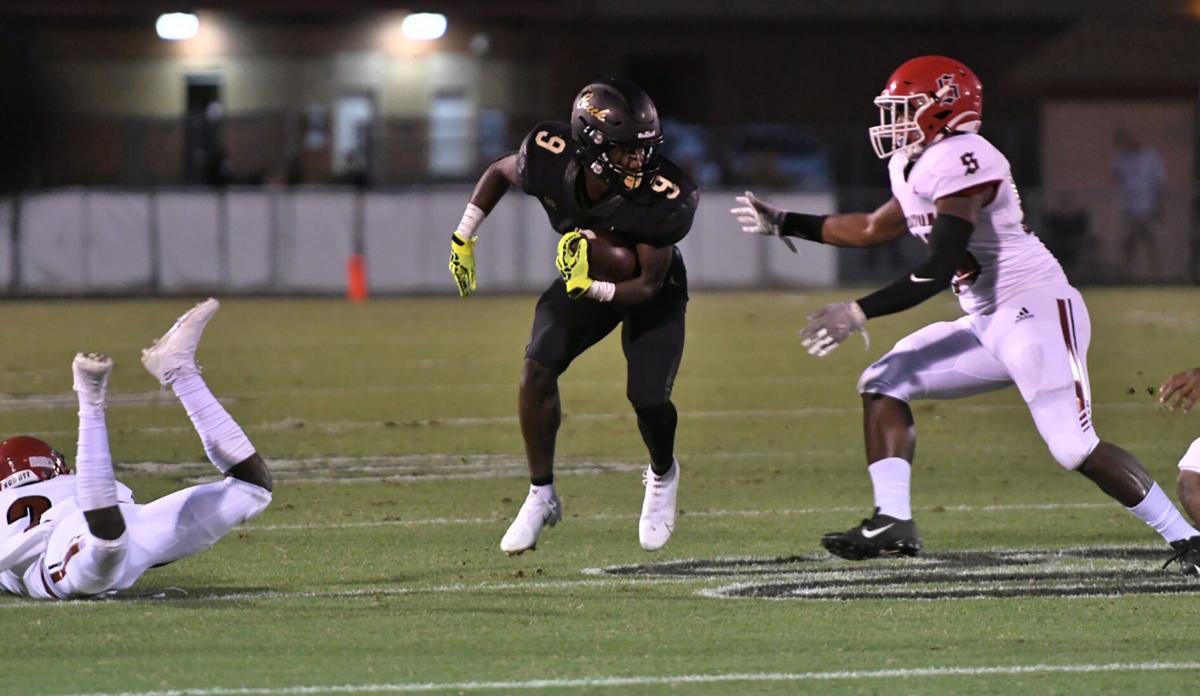 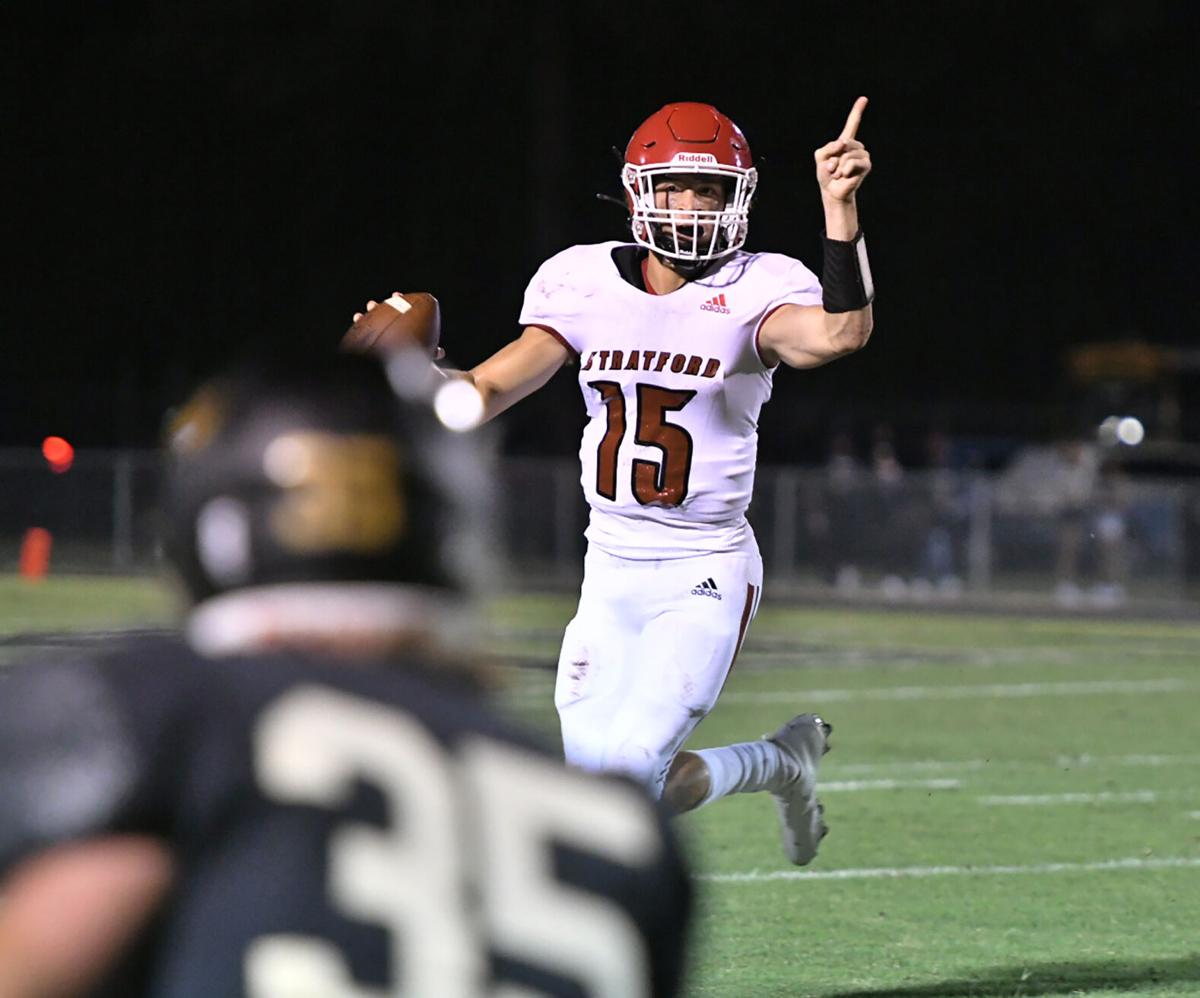 Stratford quarterback Jalen Barry rolls out and looks for a receiver to throw to in the second quarter against Goose Creek on Sept. 17. Rob Gantt/The Gazette

Stratford quarterback Jalen Barry rolls out and looks for a receiver to throw to in the second quarter against Goose Creek on Sept. 17. Rob Gantt/The Gazette

The Gators hit on chunk plays aplenty to fight off rival Stratford High School in a shootout, 69-44, at John Fulmer Field on Sept. 17. Coach Jason Winstead’s club has won three straight since starting off with a loss, lighting up the scoreboard for 152 points in the process.

“We’ve got a lot of work to do, but you can’t complain when you score 69 points,” Winstead said. “This is the most they’ve scored around here since (Chuck) Reedy and them scored 76 one night (on Wade Hampton in a 2013 playoff game). We didn’t play great on defense, but it’s your rival and you’re 1-0 in the region. Not a whole lot to be upset about this weekend.”

After a slow start – neither team scored in the first quarter - the Gators’ offensive unit got rolling in the Region 7-AAAAA opener and avenged last season’s 22-21 loss to the Knights on Crowfield Boulevard. The Gators erupted for 28 points in the second quarter to lead by nine at the half and 27 more in the third quarter to take a 55-38 advantage into the final period.

Simmons also scored on runs of 7, 40, 69, 6 and 69 yards for the Gators (3-1) and scored six times for the second week in a row, the final three helping the Gators pull away after Stratford closed within 48-38 on Jalen Barry’s 30-yard touchdown pass to Brenden Carter with 1:16 remaining in the third quarter.

Barry finished with three touchdown passes and ran for two scores for the Knights (1-1), who had won three of the last four in the series. They battled for four quarters but eventually couldn’t keep up with their rivals and the trophy changed hands.

Goose Creek travels to Summerville on Sept. 24 and Stratford travels to West Ashley as both teams step outside the region slate.