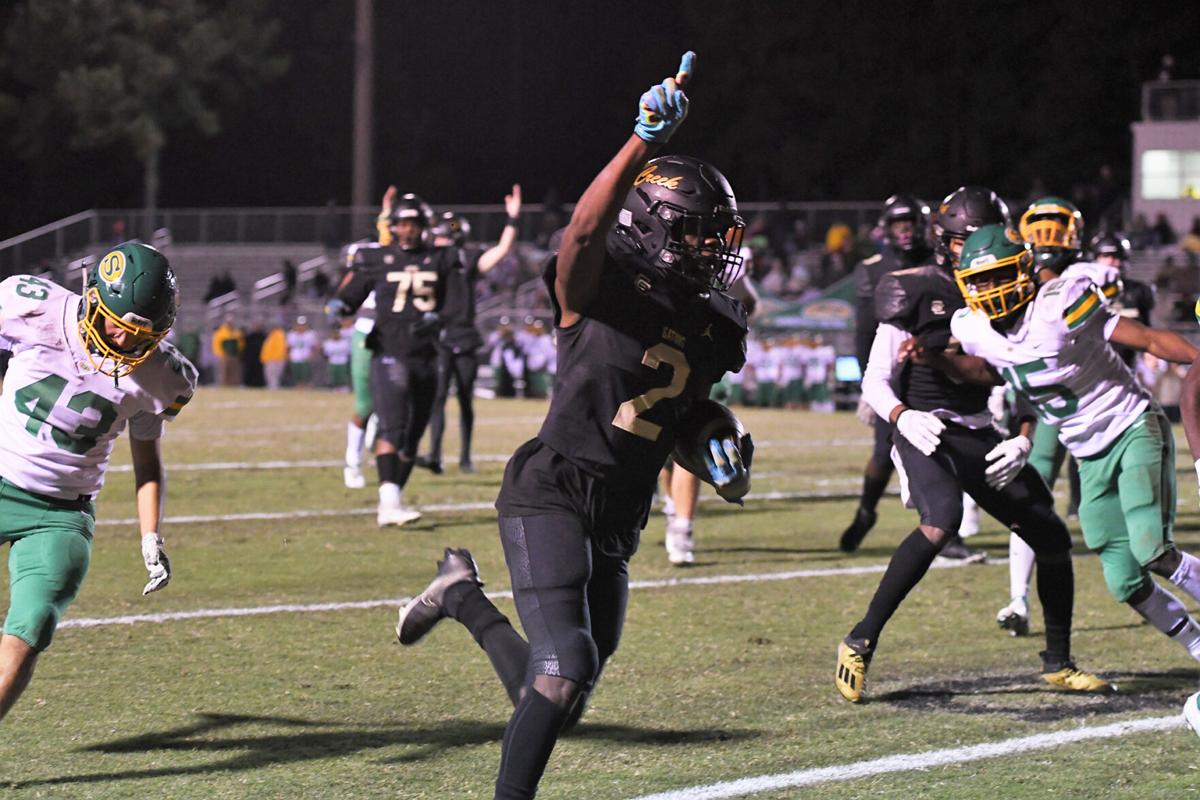 Goose Creek receiver James Levine cruises into the end zone on an 11-yard touchdown reception in the first quarter of a Class AAAAA playoff game against Summerville. Rob Gantt/The Gazette 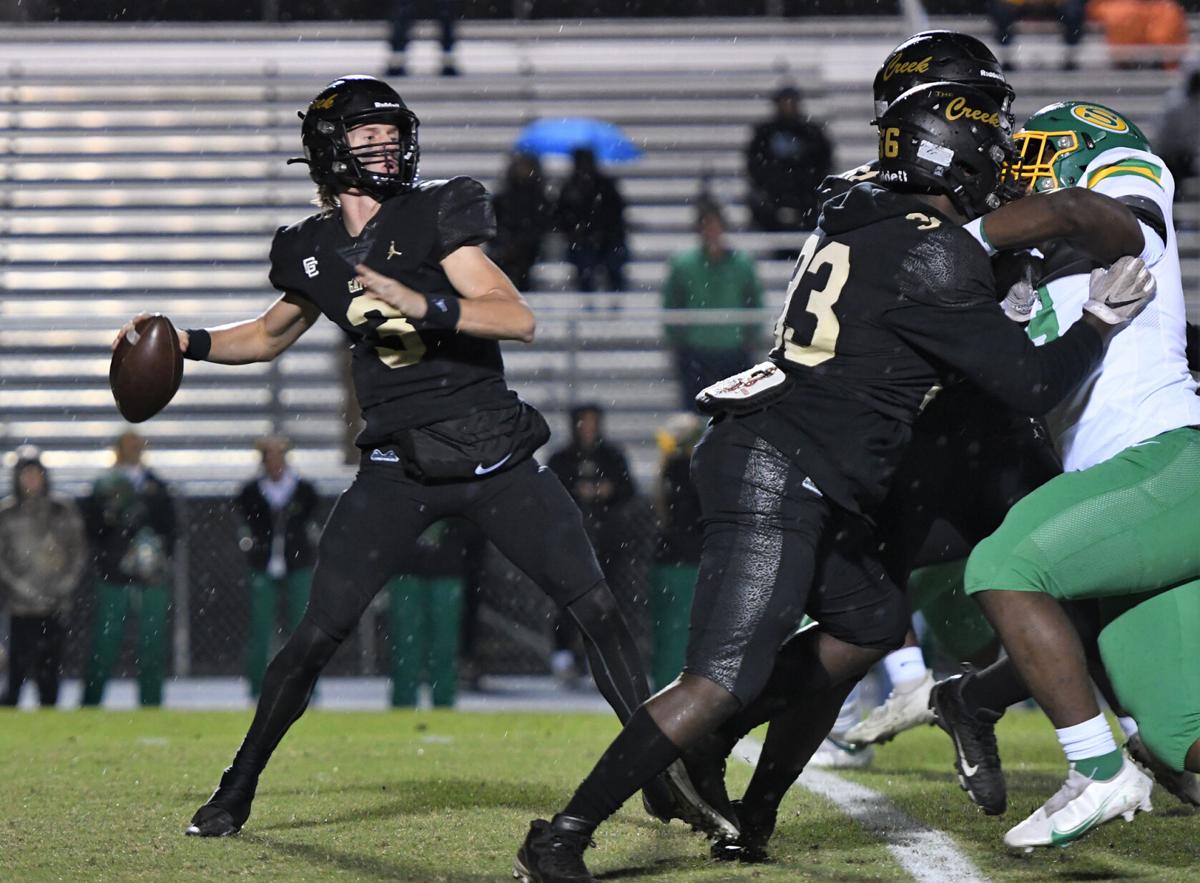 Goose Creek quarterback Drew Moore tossed three touchdown passes in the first half to give the Gators a 28-7 halftime lead against Summerville. Rob Gantt/The Gazette

Goose Creek receiver James Levine cruises into the end zone on an 11-yard touchdown reception in the first quarter of a Class AAAAA playoff game against Summerville. Rob Gantt/The Gazette

Goose Creek quarterback Drew Moore tossed three touchdown passes in the first half to give the Gators a 28-7 halftime lead against Summerville. Rob Gantt/The Gazette

GOOSE CREEK – The Goose Creek Gators served up some revenge on the first chilly night of the football season.

The Gators built a three-touchdown lead in the first half and coasted past visiting Summerville High School 41-27 at John Fulmer Field in the first round of the Class AAAAA playoffs on Nov. 5.

Goose Creek, which ended Summerville’s season for the second time in three years, hosts Lexington High School in the second round on Nov. 12. The Wildcats (8-2) advanced by blanking Conway High School 24-0.

The Green Wave (4-5) edged the Gators 20-13 in Summerville on Sept. 24 but ran into a more determined bunch in the first round. Gators quarterback Drew Moore tossed three touchdown passes in the first half, all to different receivers, and finished with four in the game.

“We knew we didn’t play our best the last time we played them,” Gators coach Jason Winstead said. “We executed so much better on offense tonight. We had some really bad, stupid penalties last time. We felt like they played pretty good last time and we didn’t play nearly our best football.”

The Gators didn’t take long to serve notice they were more dialed in this time around.

Running back Kenny Johnson burst through the middle on a 50-yard run on Goose Creek’s first drive and plunged in from the 1 on the next play to put the Gators on the board less than three minutes in.

Summerville answered with its lone offensive highlight of the first half to even it at 7. Christian Grant got loose on a 40-yard touchdown run out of the wildcat formation 57 seconds later. Grant finished with three touchdowns on the ground for the Green Wave, who ended the season with four straight losses.

The rest of the first half belonged to Moore and the Gators offense, though. Moore capped Goose Creek’s second 80-yard drive with an 11-yard touchdown pass to James Levine at the 5:49 mark of the first quarter.

The Gators marched 83 yards on their third possession, and Moore found Khyon Smith over the middle on a 10-yard pass to extend Goose Creek’s lead to 21-7 with 2:31 remaining in the opening quarter.

Moore’s third touchdown pass, an 11-yarder to running back Demetri Simmons with 18 seconds left in the opening half, gave the Gators a comfortable 21-point halftime lead.

“I think we dropped two other touchdown passes,” Winstead said. “Drew knows he didn’t play really well last time, but a lot of that had to do with Summerville. I was glad to see him rebound and have a good game.”

Summerville got within two possessions in the second half twice, the first on Grant’s 2-yard run with 3:28 left in the third quarter that capped a short drive after a Goose Creek punt. The conversion failed and Goose Creek led 28-13.

Moore’s fourth touchdown throw was Goose Creek’s response, a 44-yarder to Levine with 10:37 remaining in the game. Grant’s third touchdown run, a 3-yarder with 9:46 left, pulled the Wave within 34-19, but the extra point was no good.

Summerville’s defense held on Goose Creek’s next possession but mishandled a punt inside its own 15 and Simmons iced it on a 1-yard run with 5:56 remaining.

The Green Wave kept battling, though, and scored on a short touchdown pass to Kaylon Johnson in the final 10 seconds.