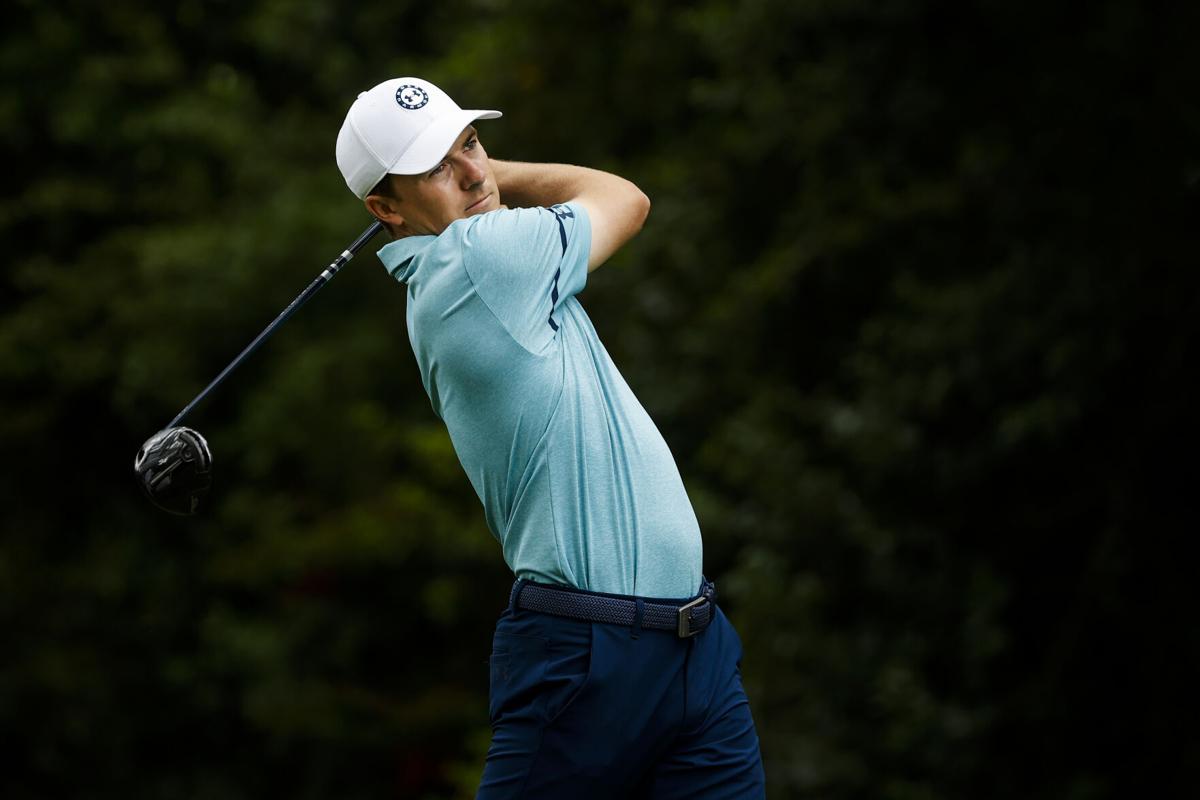 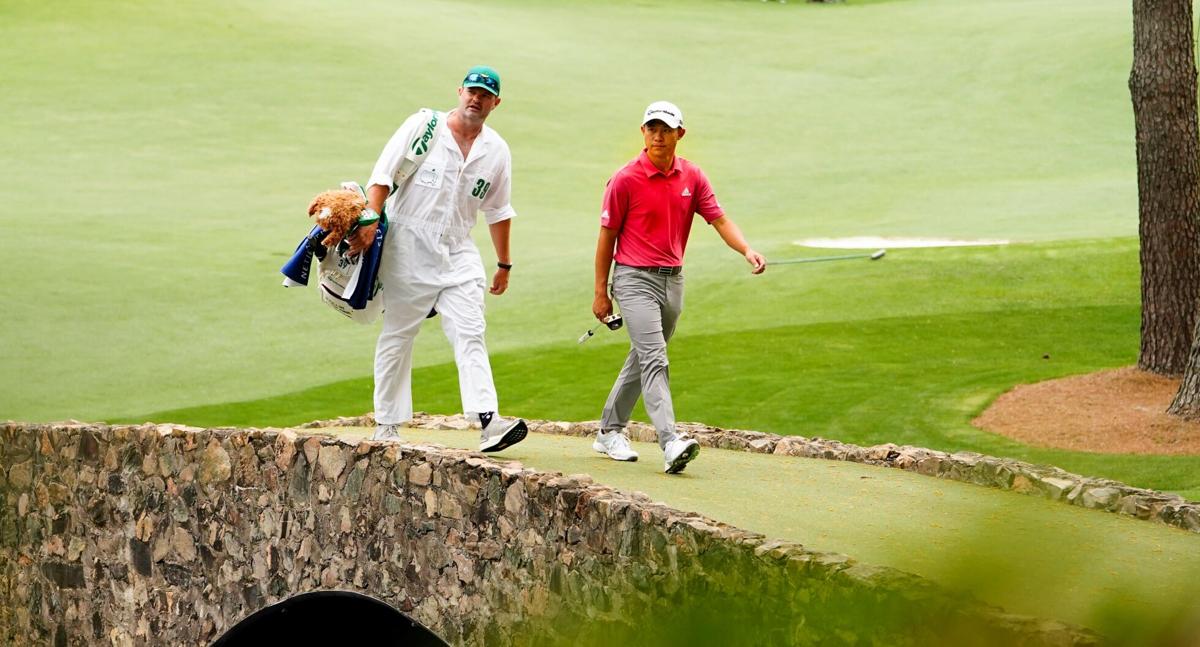 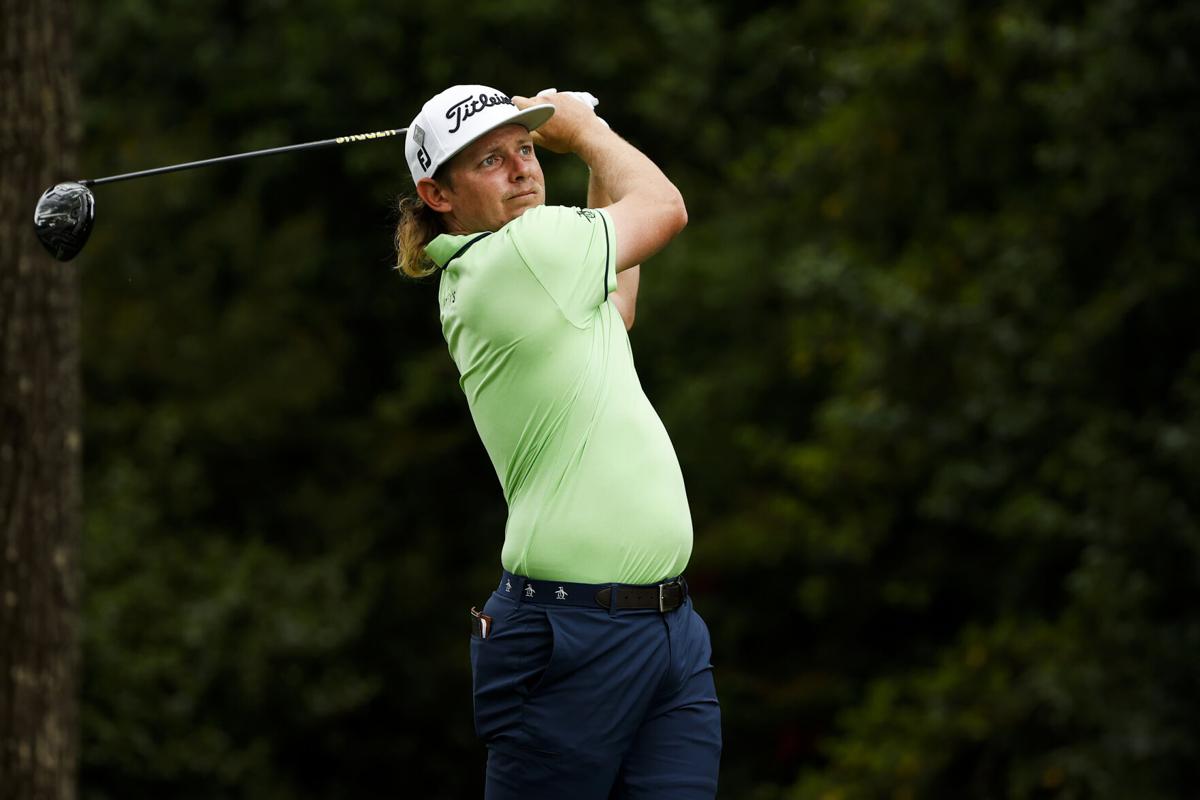 “Oh! Where’s the wind?” Spieth exclaimed Friday just after striking the ball. “You’ve got to be joking.”

Spieth’s ball landed in a nice spot behind the flag.

He two-putted for an easy par on an overcast day in which all three players in the group had second-rounds in the 60s.

Spieth (68) is two shots behind leader Justin Rose with Morikawa (69) and Smith (68) five shots back. It was good golf enjoyed by a relatively good-sized gallery given Augusta National’s attendance policy restricted for COVID-19.

All three players in the Masters’ most interesting Thursday-Friday grouping are in the weekend mix.

All project as formidable contenders for the PGA Championship next month on Kiawah Island.

The sizzling Spieth is a star reborn. The whiz kid from Dallas finished second, first and second at the Masters from 2014—2016. Jack Nicklaus is the only other player to win three majors before turning 24.

Morikawa, 24, is capable of a Spieth-like run. He will be introduced at Kiawah as defending PGA Championship champ after winning last August at TPC Harding Park in San Francisco.

Smith, a 27-year-old Aussie, has three top five finishes at majors, including a second-place tie when South Carolina’s Dustin Johnson won the 2020 Masters in November.

Anyone following the trio Friday could see camaraderie and momentum at work.

“I can only think of a handful of shots we missed,” Smith said. “Just really solid golf. Obviously, you draw some confidence out of that.”

Spieth would ask Morikawa for advice on speed putting.

Smith would chat with Spieth about anything but golf.

“He’s a great bloke,” Smith said. “I love him. He’s one of the nicest guys on tour so it's good to spend a couple of rounds with him.”

Spieth is re-introducing himself as someone on the short list of favorites to win.

He’s here at Augusta explaining why not winning a tournament from July of 2017 until last week at the Texas Open wasn’t such a big deal.

Spieth mentioned Phil Mickelson, who won the first of his five majors at 33.

• A triple-bogey 7 on the par 4 ninth hole. Spieth, ignoring a pitch-out option, attempted to blast off pine straw and through a narrow tree tunnel hoping for 60-70 extra yards to set up a wedge shot to the pin. Result: broken bark, bounce back. Approximately 15 yards the other way.

• But a pitch shot designed to spin on the par 5 15th hole instead went zipping down the green toward pond water — only to settle into the cup for an eagle 3.

“Probably the luckiest break I’ve ever gotten out here,” Spieth said, “if not anywhere. Because that was at least a three-shot break.”

Which set him up to make a Friday charge.

That included an annoying bogey on the famously dangerous 155-yard par 3 12th, after which Spieth tossed his ball into Rae’s Creek.

“I don’t want to look at that golf ball anymore. So it goes into the water and then I go to another ball.”

Morikawa, a Los Angeles native and Las Vegas resident ranked No. 4 in the world, is that rare Augusta participant playing in his first spring Masters having already won a major championship.

The last time the Masters was played in April — Tiger Woods’ amazing 2019 win at age 43 — Morikawa was a Cal-Berkeley College of Business student watching on TV.

“It's just being prepared,” he said.

Morikawa is the anti-slammer, No. 126 among tour players in driving distance (293.8). That’s quite a contrast from Bryson DeChambeau, the bulked up SMU Physics major who leads the tour with a 320-yard average.

But Morikawa and his well-rounded game are No. 4 in the World Golf Rankings behind just Johnson, Justin Thomas and Jon Rahm.

“Quite frustrated, actually,” he said of the 68.

But Smith likes Augusta. Consider that while he finished five shots back of Johnson in November, he became the first player in Masters history to card four rounds in the 60s (67, 68, 69, 69) in the same tournament.

It was a nice grouping while it lasted, three guys taking advantage of soft conditions and playing well.

Spieth before departing Augusta National had already turned to face the strange Masters changes, including a weekend wind forecast.

“The wind affects the ball more than you think,” he said. “I mean, more than any of y’all would imagine out here.”

But if Spieth makes another steady progress step, he should be in great shape for Sunday at Augusta.

Sapakoff: Masters not about to move to Denver over Georgia voting law