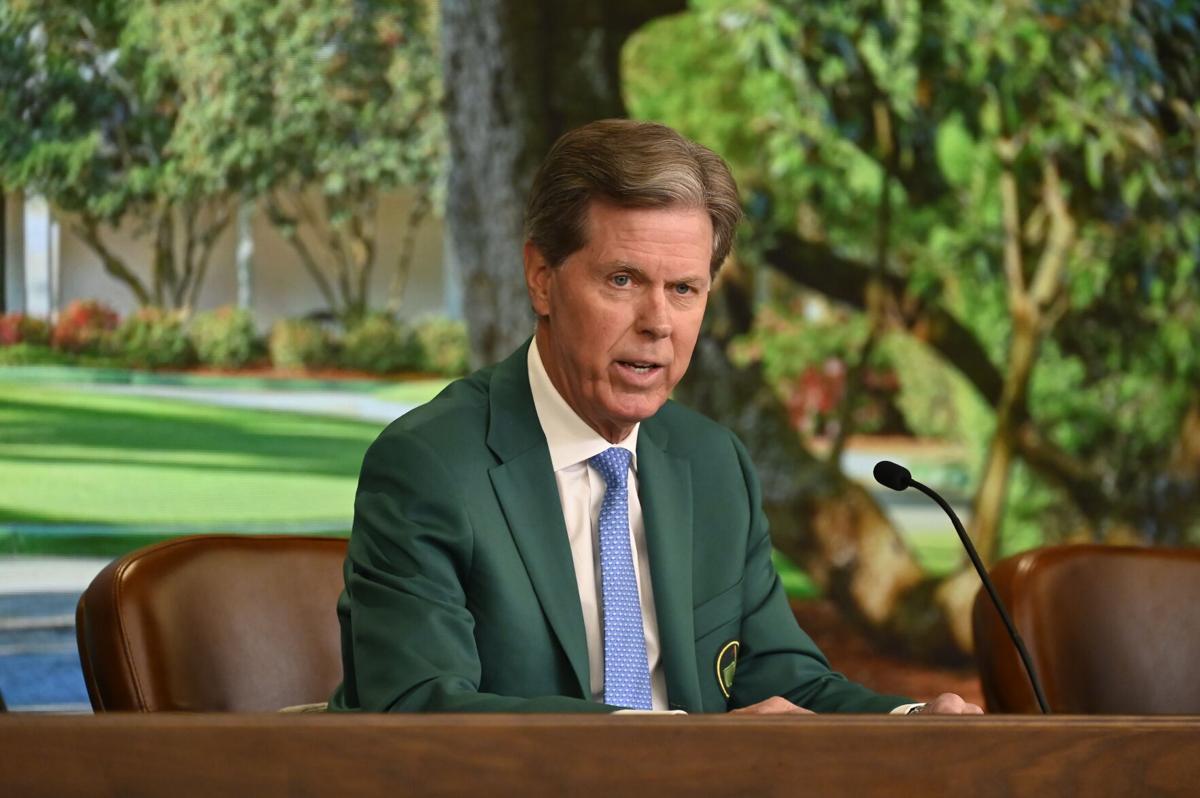 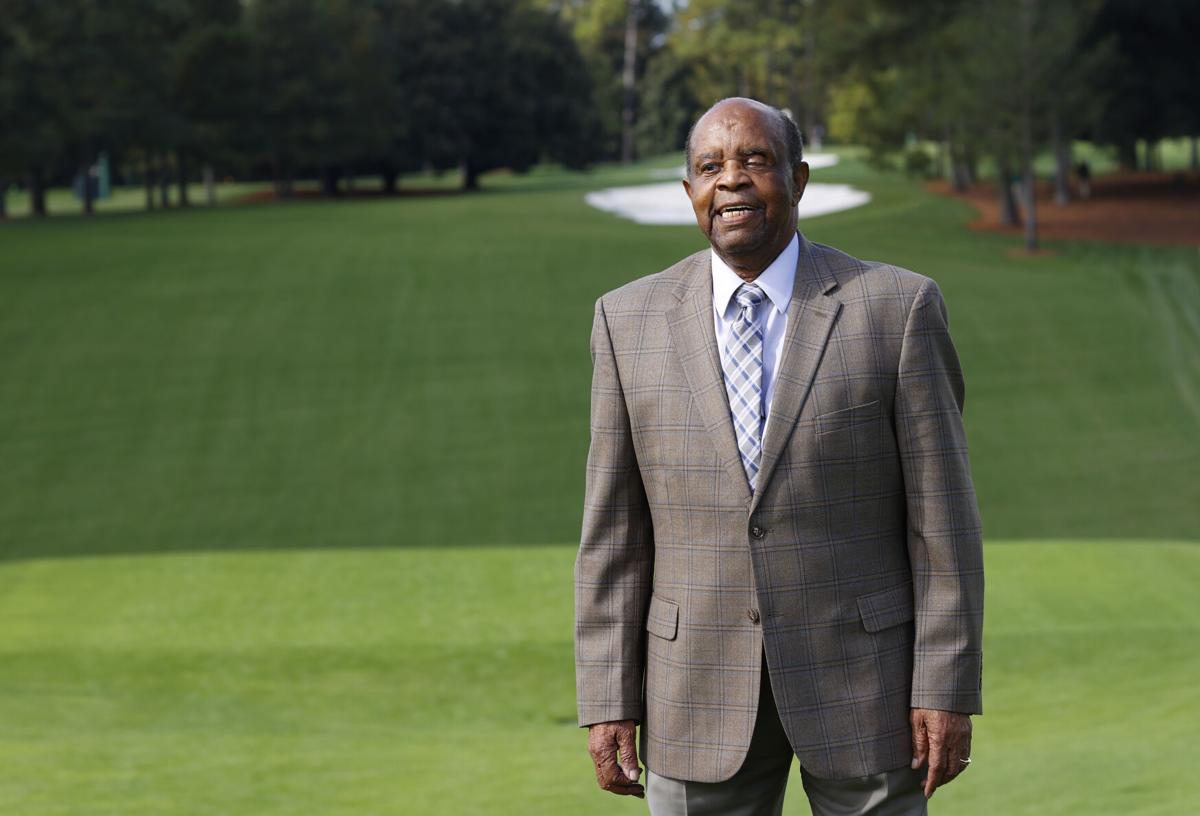 Lee Elder in 1975 became the first Black golfer to compete at the Masters. Elder on April 8 will serve as an honorary Masters starter along with Jack Nicklaus and Gary Player. Augusta National Golf Club/Provided

AUGUSTA, Ga. — Fred Ridley during his annual State of the Masters address would rather have talked more about South Carolinian Dustin Johnson’s effort to join Jack Nicklaus, Nick Faldo and Tiger Woods in an exclusive group of back-to-back champions.

Instead, Ridley, the Augusta National Golf Club chairman, on Wednesday had to discuss Georgia’s controversial new voting law, which critics say will restrict ballot access for disadvantaged people of color.

Ridley brought up the subject in his opening statement. Augusta National, he made clear, won’t follow the protest path of Major League Baseball, which last week yanked its 2021 All-Star Game out of Atlanta.

“We realize that views and opinions on this law differ,” Ridley said, “and there have been calls for boycotts and other punitive measures. Unfortunately, those actions often impose the greatest burdens on the most vulnerable in our society.”

So no moving the 85th Masters to Denver this week.

A knee-jerk reaction to social issues is as unlikely at Augusta as Amen Corner redone with plastic flamingos and windmills.

But unlike Augusta National’s stodgy stances of yesteryear — like a decade ago — this time Ridley and fellow members can face a major social issue fairly able to brag about recently making the world a better, more diverse place.

Initiatives range from Asia to South America, from little kids to college women.

Not, Hootie said, “at the point of a bayonet.”

Chairman Billy Payne in 2012 welcomed new members Darla Moore, the South Carolina financier and philanthropist, and Condoleezza Rice, who served as secretary of state for President George W. Bush. There are now at least six women who are members of the secretive club.

The first Black member was admitted in 1990. How many more? They don’t say.

Augusta National does, however, continue with considerable golf growth efforts:

• 2009: The club was a key player in forming the Asia-Pacific Amateur Championship, which includes an automatic Masters invitation

• 2013: Birth of Drive, Chip and Putt, a national push to boost youth golf with a free skills program for children ages 7-15 (the finals at Augusta National are televised)

• 2014: Hello, Latin America Amateur Championship, similar to the Asia-Pacific idea but focusing on South America, Central America, Mexico and the Caribbean (a partnership with the USGA and Royal & Ancient Golf Club)

• 2019: The inaugural Augusta National Women’s Amateur with action the week before the Masters and a final round on NBC

• 2020: A pair of Lee Elder scholarships at Augusta’s Paine College (one for men and one for women) funded by Augusta National to honor the man who in 1975 became the Masters’ first Black participant (Elder and his family were housed and fed at the historically Black college during the 1975 tournament)

That’s a lot of good stuff, more in line with sport at its best than being out of step with progress.

And Augusta National’s position on the Georgia voting law is almost identical to that of Georgia’s MLB franchise.

The Atlanta Braves on MLB’s All-Star Game move: “This was neither our decision, nor our recommendation. … (We) will continue to stress the importance of equal voting opportunities and we had hoped our city could use this event as a platform to enhance the discussion. … Unfortunately, businesses, employees, and fans in Georgia are the victims of this decision.”

Ridley on Wednesday: “I am confident that every member of this Club believes that voting is an essential, fundamental right in our society and that … anything that disadvantages anyone to vote is wrong and should be addressed.”

Ridley didn’t talk particularly about MLB Commissioner Rob Manfred, an Augusta National member. But he did say there is a resolution available.

“And I think that resolution is going to be based on people working together and talking and having constructive dialogue,” Ridley said, “because that’s the way our democratic society works.”

The larger, more important issue for American golf is trying to get more multi-generational diversity.

Of course, the same thing can be said for just about everything.

Oh, how golf has tried.

“When I played AJGA (American Junior Golf Association) I was really the only minority, to be honest,” said Cameron Champ, playing in his second Masters and one of the few Black players on the PGA Tour. “… It’s not just in pro golf. It’s in junior golf, amateur golf, women’s golf, it’s the whole aspect of golf.”

“I don't think it will happen in my lifetime,” said the 25-year-old former Texas A&M golfer, “but hopefully in the next.”

“For certain subjects — whether it be equality or injustice, stuff like that — I’ll definitely speak up,” Champ said. “As far as politics, I try to stay out of it as much as I can.”

He also said it’s a shame that all this stuff usually gets pushed to the back burner until something bad happens.

Cameron Champ might not win the Masters this year but in the wise things said at Augusta department for 2021, he’s the leader in the clubhouse.