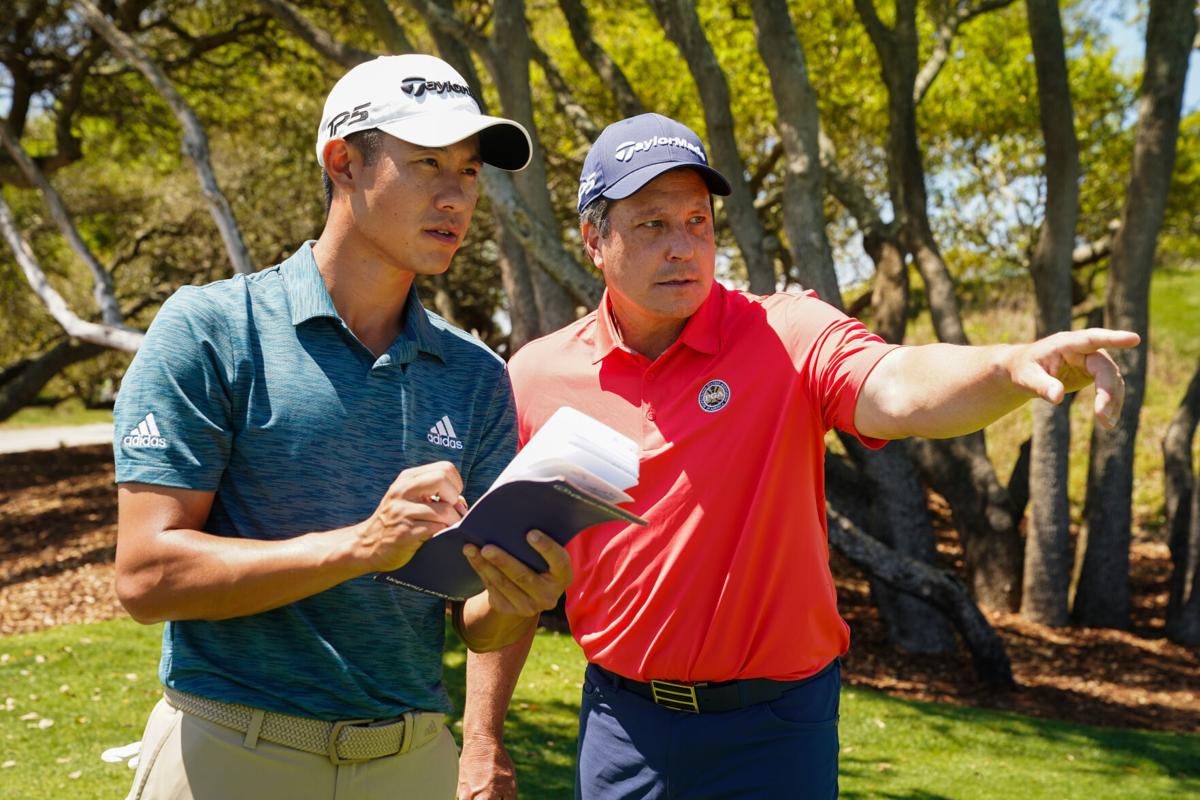 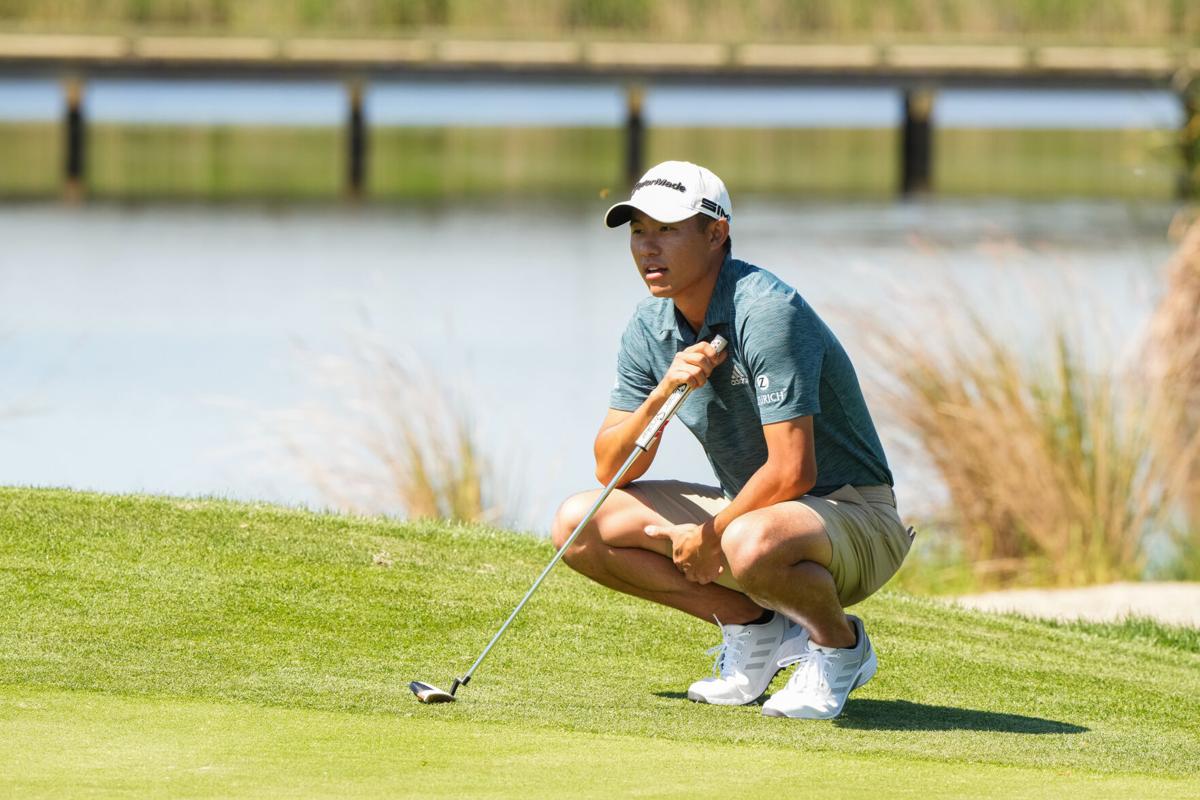 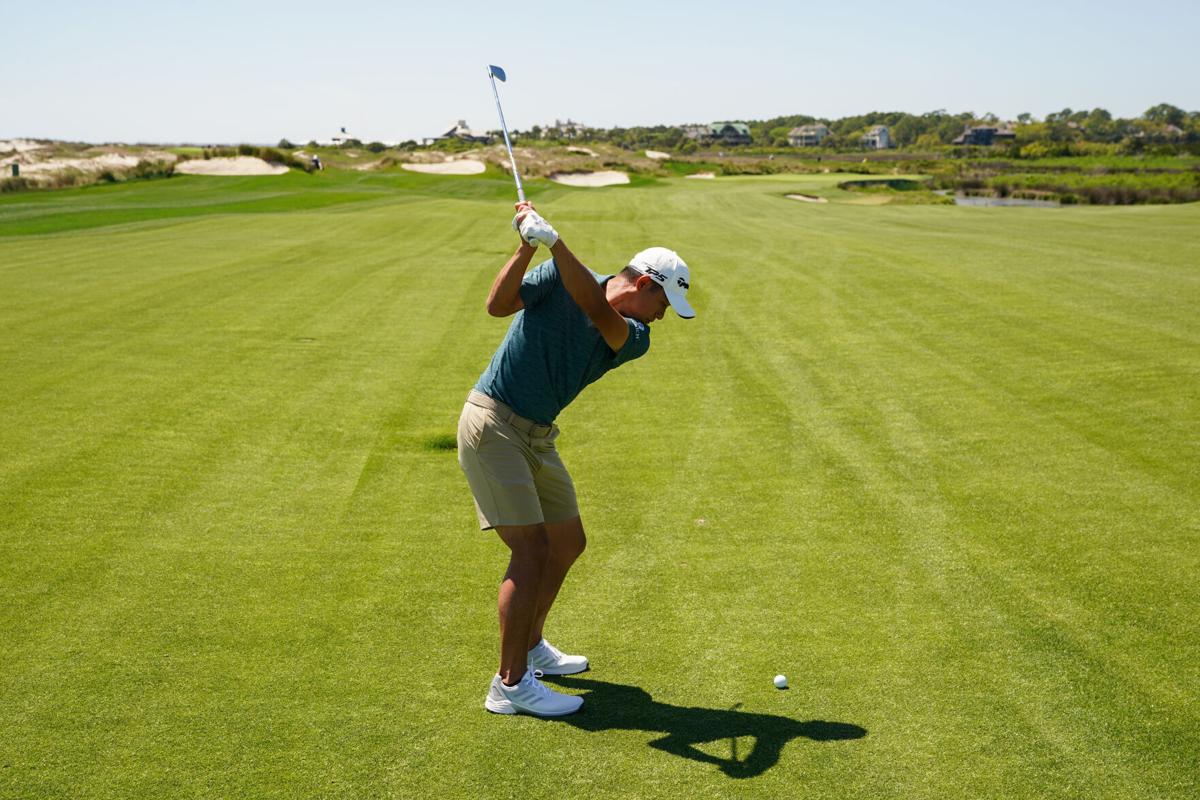 Collin Morikawa hits a shot during the 2021 PGA Championship Media Day at the Ocean Course on Kiawah Island. Darren Carroll/PGA of America

Collin Morikawa was 15 years old when Rory McIlroy blitzed the field to win the PGA Championship at the Ocean Course in 2012, and had not been born when the "War by the Shore" Ryder Cup was staged on Kiawah Island in 1991.

The 24-year-old defending PGA champ does not claim to be a golf historian when it comes to Pete Dye's famed layout. But he's heard some things.

"I'm sad to hear that Rory's tree is unfortunately not there, and there's a new tree for someone to hit into this year," Morikawa said on a recent visit to the Ocean Course.

The dead tree fronting the third green at the Ocean Course, where McIlroy found his ball stuck in a limb during the third round in 2012, has been removed. But the soul of the Ocean Course remains intact, as Morikawa learned when he visited Kiawah to play, for the first time, Dye's legendary design alongside the Atlantic Ocean.

"It's definitely a ball-striker's course," said Morikawa, who won his first major at the PGA Championship at TPC Harding Park in San Francisco. "You have to be able to control your ball, and you have to be able to flight different shots, work it left to right and right to left. That kind of suits me.

"Man, talk about that back nine. Starting from hole nine and on, it's a very good finishing stretch of golf, especially with the wind, the way it picked up. You're going to be tested on every shot."

McIlroy, now 31, was a young gun like Morikawa when he ran away from the field in 2012. He was 22 when he won by a record-setting eight strokes, shooting a final-round 66 to finish at 13-under-par.

A slew of fellow young players will join Morikawa in learning about the Ocean Course during the PGA Championship, set for May 20-23, including Ocean Course first-timers like Bryson DeChambeau, Viktor Hovland and Brooks Koepka.

Morikawa's visit to the Ocean Course on April 12 was part of his duties as reigning champ, but he also found the visit provided valuable intel for his effort to win back-to-back titles.

"There's guys out here that have had way more experience on this golf course than I have," said Morikawa, who played college golf at Cal-Berkeley. "You look at a guy like Rory who won here nine years ago. He's going to have great memories. I'm going to have memories of the 18 holes I just played.

PGA Championship to cap fan attendance at 10,000 a day in return to Kiawah's Ocean Course

Golf's best players are hitting the ball farther now than they did even nine years ago, and the Ocean Course has added three new back tees to stretch to a beastly 7,876 yards. Two tees were added to the par-4 12th hole, and the tee was lengthened at the 455-yard, par-4 sixth hole. Trees have been transplanted on the second, third, seventh and eighth holes.

"I was hitting a bunch of 6, 5, 4 irons into greens, even had a couple of 5-woods," Morikawa said. "You really can't get lazy on any of these shots. You can't take anything for granted because it will bite you in the butt for sure."

When Morikawa won the PGA at Harding Park last August, there were few spectators allowed on the course due to the coronavirus pandemic. For Kiawah, the PGA is planning to allow up to 10,000 fans per day, about one-third of the estimated 30,000 per day in 2012.

"We love it," Morikawa said of the players' reaction to having fans on-site. "They are like the life and energy that they bring to this event ... We do miss them. I miss them a lot.

"It was fun for about a month, just kind of doing our own thing, not caring if you walk through the ropes or whatever. But they love the game and they're excited to see us play good golf. And they're going to see some really interesting shots out here."