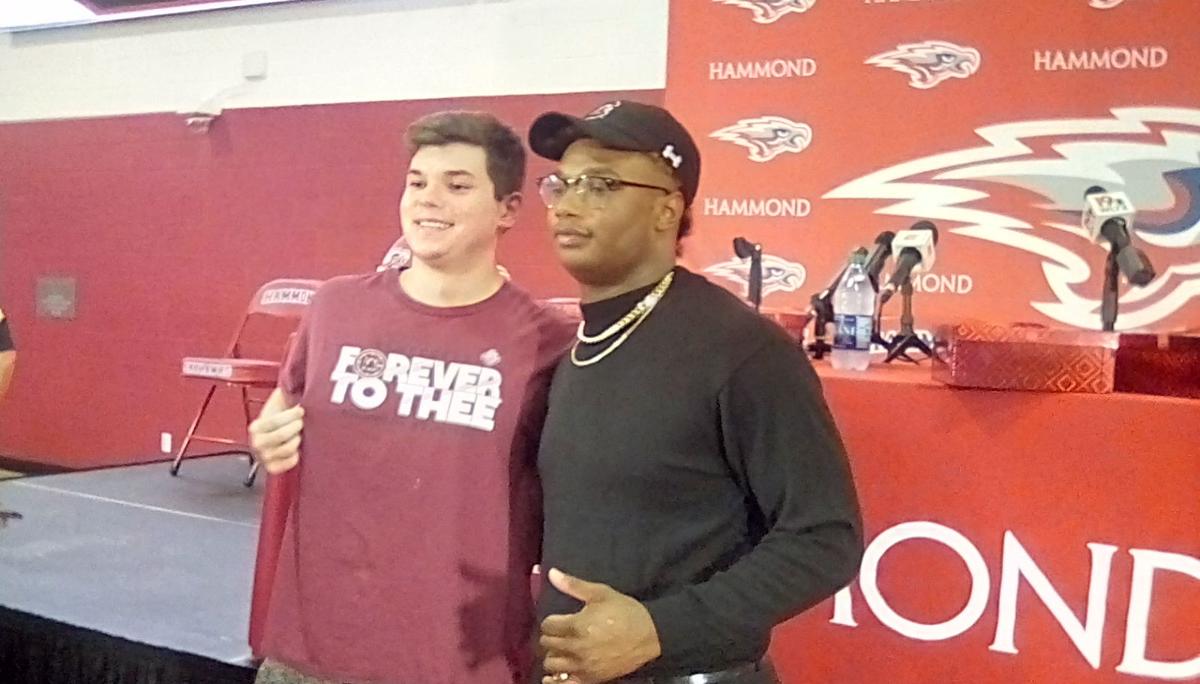 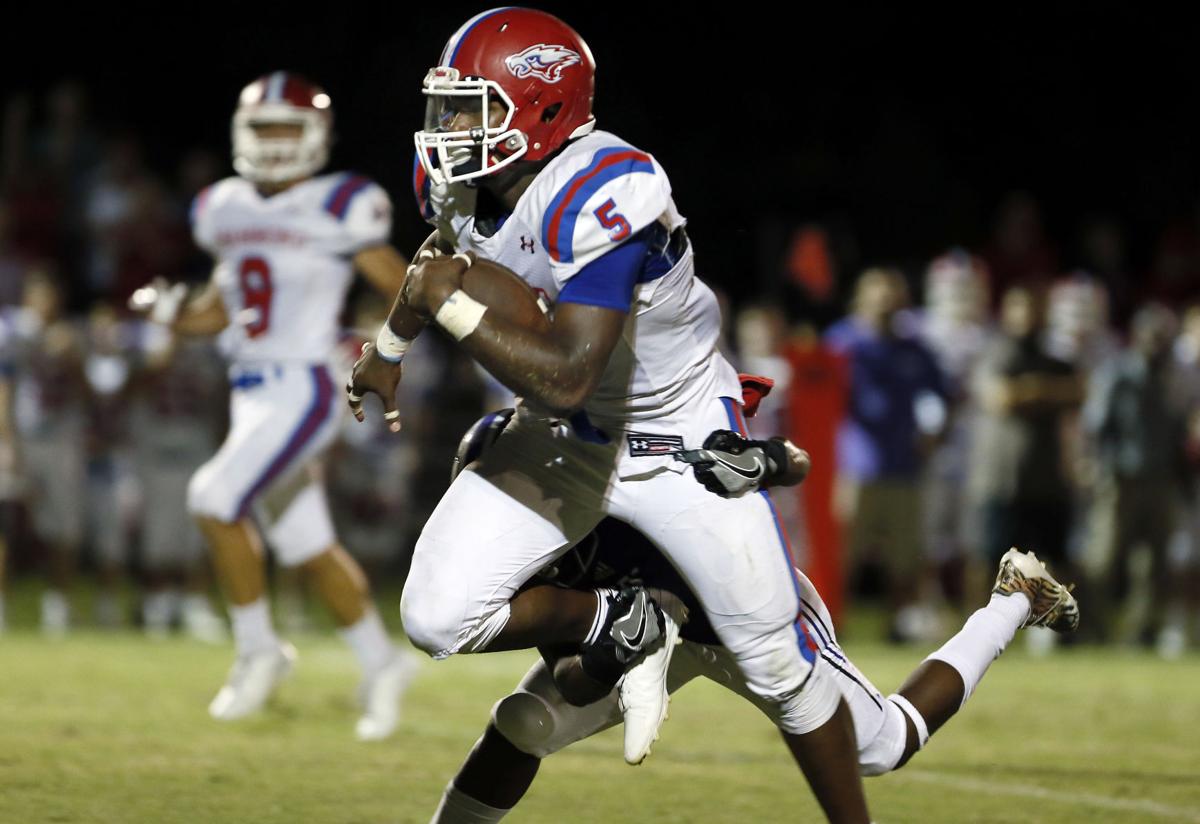 Hammond's Jordan Burch is multi-talented but best known as a defensive end who is one of the top uncommitted players in the 2020 high school recruiting class. File/Grace Beahm Alford/Staff 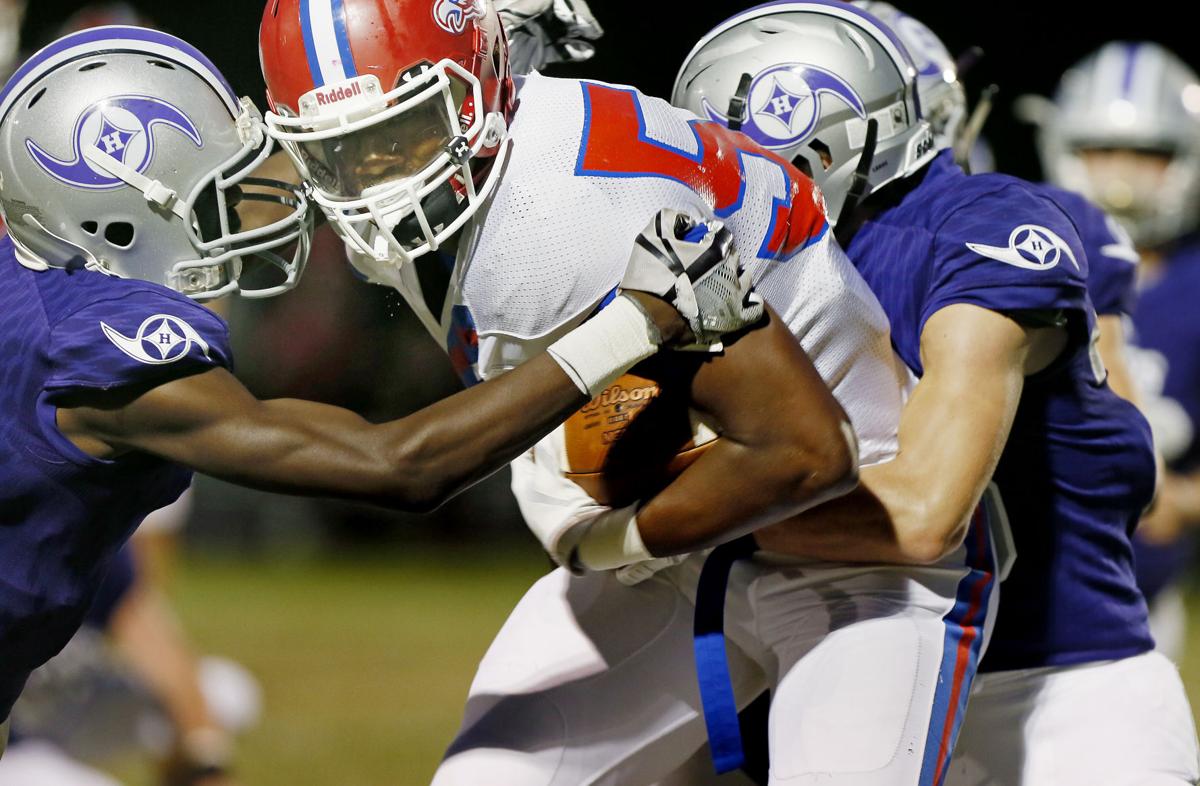 Hammond's Jordan Burch is multi-talented but best known as a defensive end who is one of the top uncommitted players in the 2020 high school recruiting class. File/Grace Beahm Alford/Staff

It was a mystery until the end.

Hammond School defensive lineman Jordan Burch, the top-ranked player in the state of South Carolina and a top 10 player nationally in the 2020 recruiting class, picked the hometown Gamecocks Wednesday afternoon during a nationally televised ceremony on ESPNU.

Burch had conducted no interviews about his recruitment for more than a year, and that had recruiting analysts speculating on his final destination until his announcement Wednesday. Burch picked the Gamecocks over Clemson, Georgia, Alabama and LSU, but has yet to sign a letter of intent.

“There was some thought about going out of state, but then I came to the conclusion that this was the place for me,” Burch said.

“Jackson hasn’t said much to me, he let me decide,” Burch said. “He’s a good friend and I like his dad. He’s a good coach and I see that the program is rebuilding. It’s one reason why I’m going there. He’s got a good plan for me and I respect him.”

Burch’s commitment elevates an already strong recruiting class for the Gamecocks, which jumped two spots to No. 16 nationally after he signed with South Carolina. Burch becomes the second five-star recruit in as many years to sign with South Carolina, joining defensive tackle Zacch Pickens from a year ago.

“They are going to get a hard worker and a kid that doesn’t take a play off,” Burch said. “I’m going to encourage my teammates and I’ll play as hard as they need me to play.”

This story will be updated throughout the day.

Andrew Miller is a sports reporter, covering The Citadel, College of Charleston, S.C. Stingrays, Charleston Battery, etc. Before joining The Post and Courier in 1989, he graduated from South Carolina with a degree in journalism.