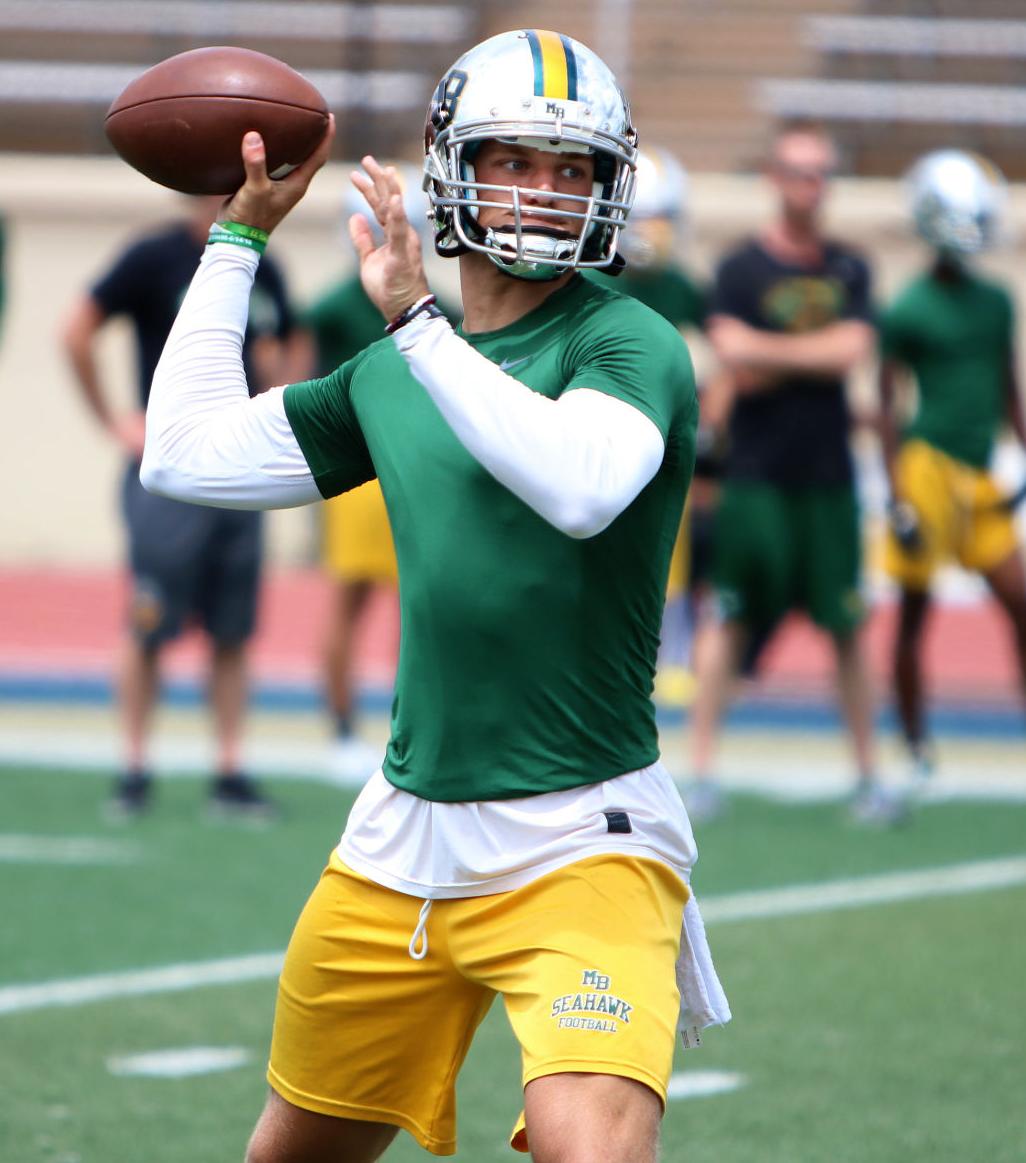 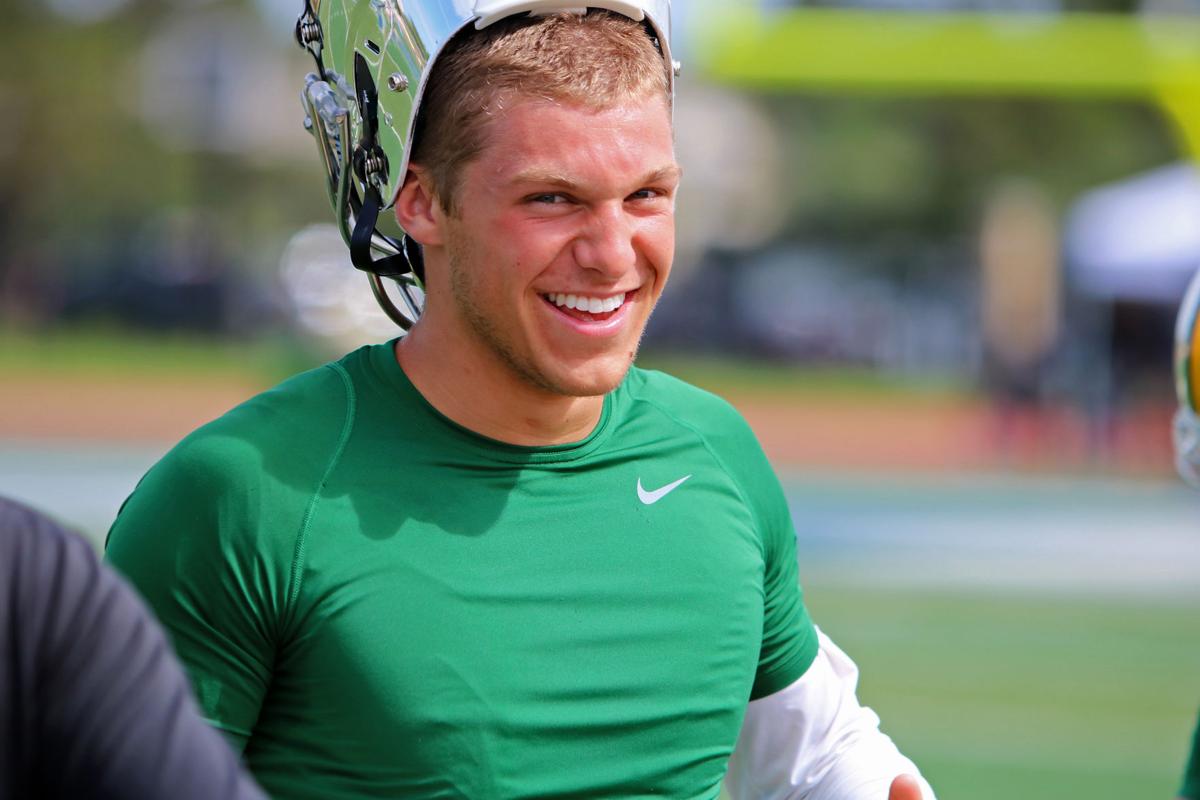 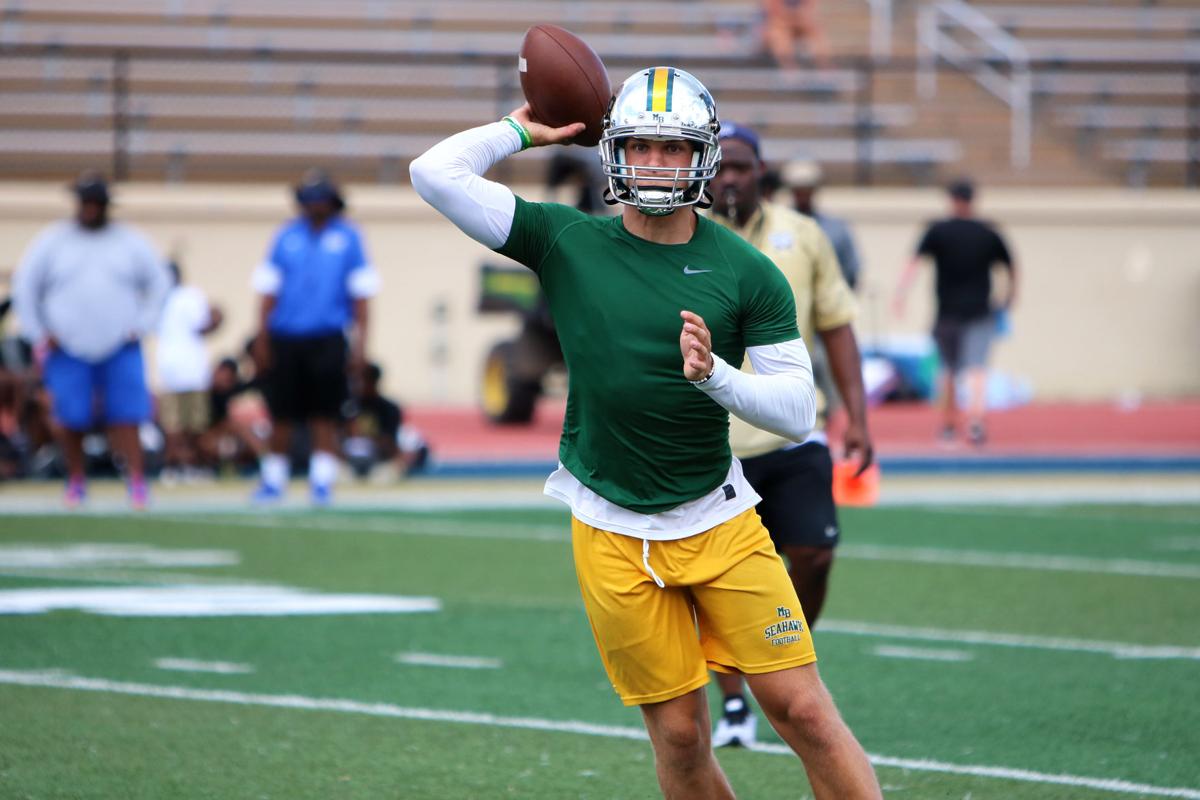 Everything you need to know about Myrtle Beach quarterback Luke Doty as a football player, as a competitor and as a teammate can be summed up in one play from the 2018 season.

It’s late in the fourth quarter, and Myrtle Beach is beating Marlboro County by three touchdowns as the Seahawks line up for a short field goal. Like many high school quarterbacks, Doty is also the holder on extra point and field goal attempts.

The snap is fine, but the kick is low and the attempt is blocked. A Marlboro County defender scoops up the ball near his own goal line and sprints for the opposite end zone some 95 yards away. The player has about a 10-yard lead on Doty when he reaches midfield.

At this point a player with Doty’s reputation and four recruiting stars beside his name might have just given up on the play. The game was out of reach with Myrtle Beach up by three touchdowns.

But Doty, a 6-1, 195-pound speedster who has verbally committed to South Carolina, puts his head down and takes off down the field. He avoids a would-be blocker at about the 20-yard line and finally catches the Marlboro County player inside the 10, making a diving tackle at the 3.

Guys, this video of Myrtle Beach QB and USC commit Luke Doty is pretty unreal. Was alerted to this play by @elswick_ryan and got the clip from MB assistant Kevin Colyer. Doty is No. 9, just in case it doesn’t become apparent. pic.twitter.com/ghobMxlZum

“I’ve never lost a race in my life and I wasn’t about to lose it that night,” said Doty, who will face Hanahan High School on Friday at Goose Creek High School in the season opener for both teams.

It was a lesson that Doty learned a year earlier that led to his tackle that night against Marlboro County. As a sophomore, Doty was playing wide receiver against rival Conway when a pass was intercepted in the end zone. Doty made almost no effort to chase down the Conway player, who raced the length of the field for a TD.

“We got to that play on the film and I just stopped it,” Wilson said. “I asked Luke, ‘Are you the fastest guy on the team?' He said, 'Yes, sir.' 'Then why didn’t you try and run that guy down?' I got on him pretty good about that in front of the whole team. I wasn’t trying to embarrass him, but I wanted him to play for his teammates. They were counting on him, too.”

“I didn’t make a very good effort to go after him, and I got chewed out pretty good, but you know, I deserved it,” Doty said.

Doty took over as Myrtle Beach’s full-time starting quarterback last season and, as a junior, led the Seahawks to the Class AAAA state title. He threw for 2,311 yards with 28 touchdowns and just two interceptions. He also ran for 571 yards and four TDs.

He is a consensus four-star recruit and ranked No. 109 nationally by Rivals.com as the third-best dual-threat quarterback in the 2020 recruiting class.

“Luke is an ultra-competitive kid and continues to get better, which is scary,” Wilson said. “To see how much better he's gotten from the beginning of last season to the state title game was amazing. He’s had a great summer, and he’s continued to improve. He’s one of those kids that wants to learn and get better every time he steps on the field, and that’s rare for a young player.”

Doty was good enough as a junior to get invited this past summer to the prestigious Elite 11 camp in Oregon, which features the nation’s top high school quarterbacks and wide receivers.

“I had a great time, I learned a lot of things that I can apply to every part of my life, not just football,” Doty said. “It was an experience I’ll never forget. I felt like I belonged. There were some freak athletes out there, but we pushed each other to get better. The level of talent out there was unbelievable. I think it raised my game to the next level. During practice, you’d have a guy make a great throw and you’re next and you want to match what he did and do him one better.”

Doty plans to graduate early and enroll at South Carolina in January. He knows that the quarterback room next year could get crowded with Ryan Hilinski and former Fort Dorchester star Dakereon Joyner battling for playing time.

“They’ll have had a year or two in the program, so I’m going to go up there and learn from those guys,” Doty said.

Wilson believes Doty will eventually find his way onto the field for the Gamecocks.

“Luke is just rare,” Wilson said. “He’s a true dual-threat guy. He can stay in the pocket and make all the throws. He can extend plays and take it to the house because of his speed and hit home runs for them. That’s a rare combination and I don’t think they have that at South Carolina right now. He’ll fit in that meeting room with those other guys because he’s a team-first player.”

Doty is active on social media trying to help recruit more players for the Gamecocks.

“I want to get the best guys in the country to come to South Carolina,” he said.

Notes: Summerville leads the series, 39-8 ... the Green Wave have won the last two meetings, but Wando has won four of the last seven … Summerville won its opener, 51-26, over Woodland, but allowed 399 yards passing.