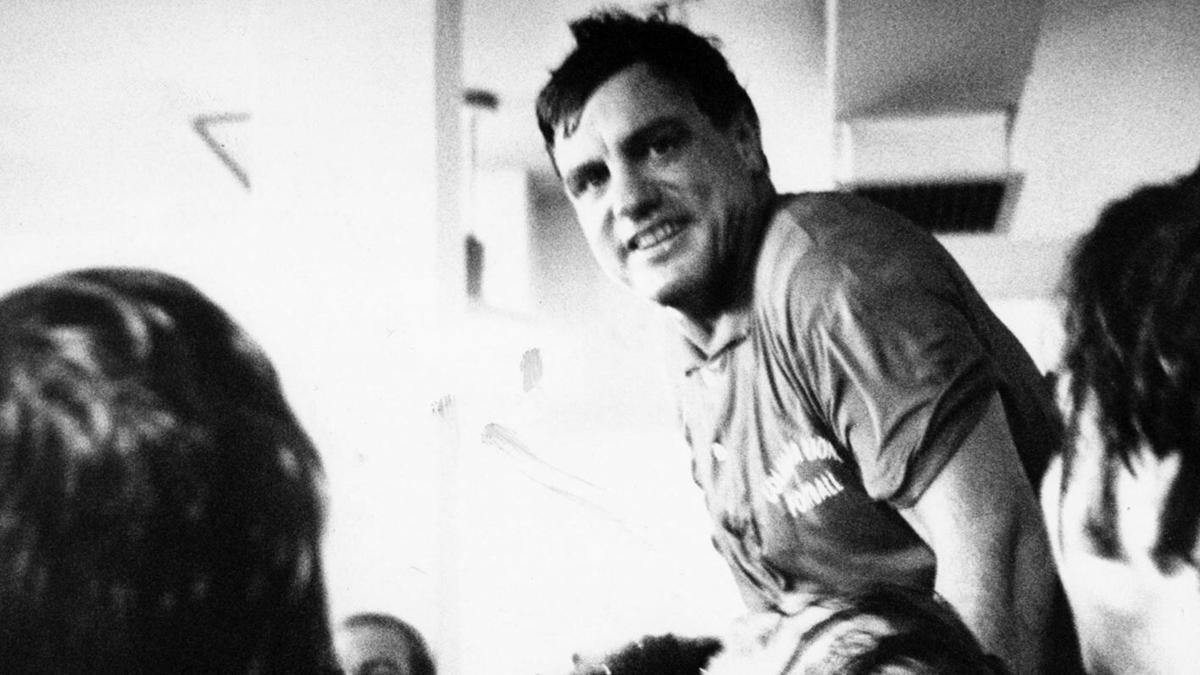 Frank Navarro during his days as football coach at Columbia University. Provided 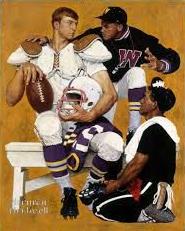 Frank Navarro was the model for the coach in Norman Rockwell's painting "The Recruit."

Frank Navarro was the very model of a college football coach, so much so that famed artist Norman Rockwell chose him as an archetype for his painting called "The Recruit."

Navarro, who died on May 30 at the age of 91, coached at Ivy League schools Columbia and Princeton and was patriarch of a family that includes his son, Charleston entrepreneur and philanthropist Ben Navarro, and his granddaughter Emma Navarro, who won the NCAA women's tennis championship last week.

But as Ben was growing up, there was more going on in the Navarro household than film study.

“My dad talked a lot more about business and the people he admired than he did about football,” Ben Navarro, one of Frank and Jill Navarro's eight children, told The Post and Courier in 2018. “And it was discipline combined with work ethic.

“He never came to one of my sporting events, on purpose, because he wanted the focus of the house to be on creating entrepreneurs and kids who could take advantage of what this amazing country has to offer.”

Frank Navarro certainly accomplished that. Members of the Navarro family include a critical care nurse, an Army Ranger, a college tennis national champion, teachers, engineers, a television producer, philanthropists, investors, a musician, a photographer, and members of other professions, according to his obituary.

In Charleston, Ben Navarro has founded Meeting Street Schools and the Meeting Street Scholarship Fund, among other endeavors. He also owns the Volvo Car Open tennis tournament and LTP tennis centers on Daniel Island and in Mount Pleasant. His daughter, Emma, is an Ashley Hall graduate who won the NCAA women's tennis championship as a Virginia freshman last week.

Editorial: Navarros' gift could be life-changing, for our entire community

Frank Navarro was born in 1930, grew up in White Plains, N.Y., and used to catch a train into the Bronx to watch the New York Yankees. He was a three-sport letterman and football standout at White Plains High, and played on the offensive line for Maryland's undefeated national championship team in 1951. It was at Maryland where Frank met his future wife, Jill.

After serving as a commissioned officer in the Air Force, Frank Navarro entered college football coaching, first as an assistant at Columbia University. He was hired as head coach at Williams College in 1963, and that's where he came to the attention of Norman Rockwell, who used Navarro as the model for the coach in his painting titled "The Recruit."

Frank Navarro returned to Columbia as head coach, then went on to Wabash College in Indiana, where his team won 11 games in 1977. Wabash will dedicate the field at its new stadium as "Frank Navarro Field" next season. He then coached at Princeton for seven years, concluding a 30-year coaching career in 1985.

In retirement, he and Jill lived in Rhode Island, where he did radio commentary for football games at the universities of Massachusetts and Rhode Island and followed the exploits of 22 grandchildren and three great-grandchildren.

A funeral Mass for Frank Navarro is set for June 4 at St. Patrick's Church in Mystic, Conn.

In lieu of flowers, donations can be made to Meeting Street Schools at meetingstreetschools.org.