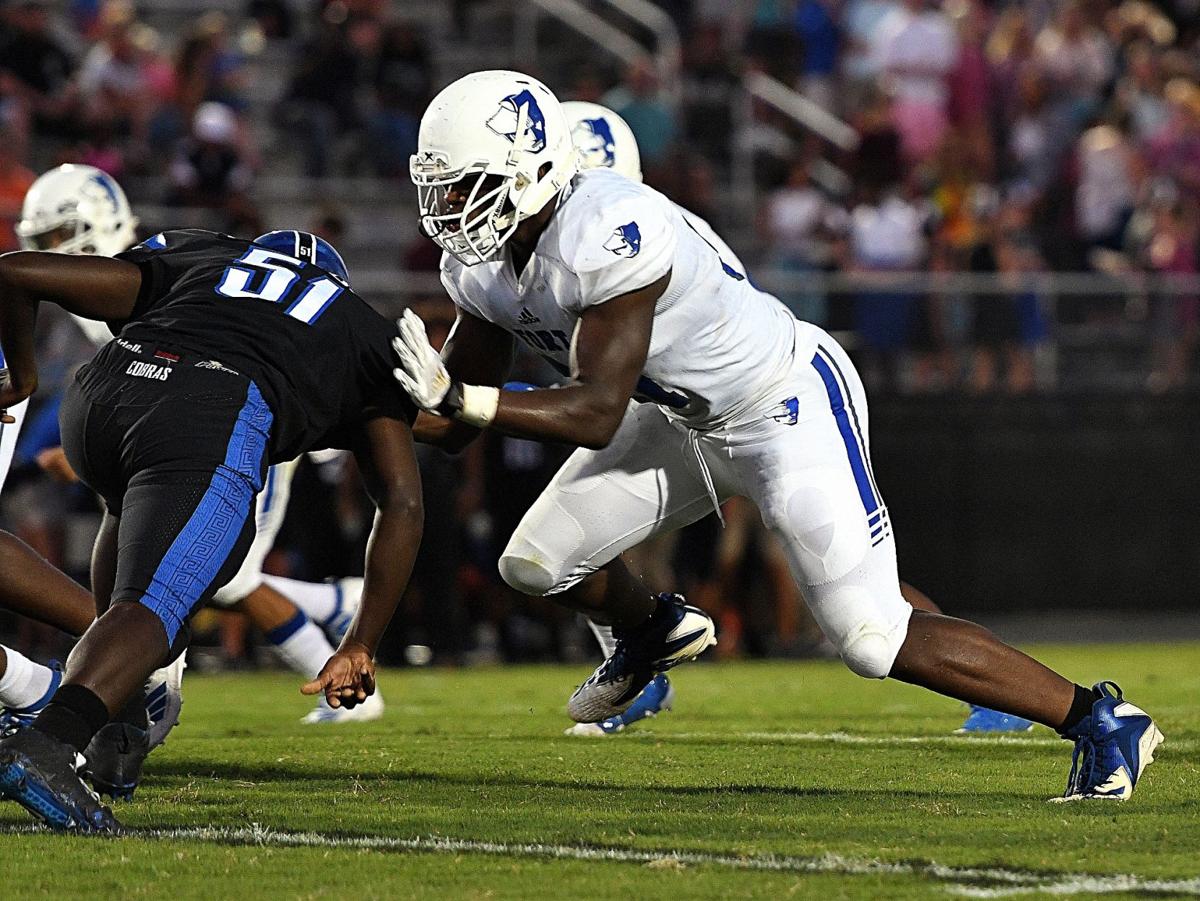 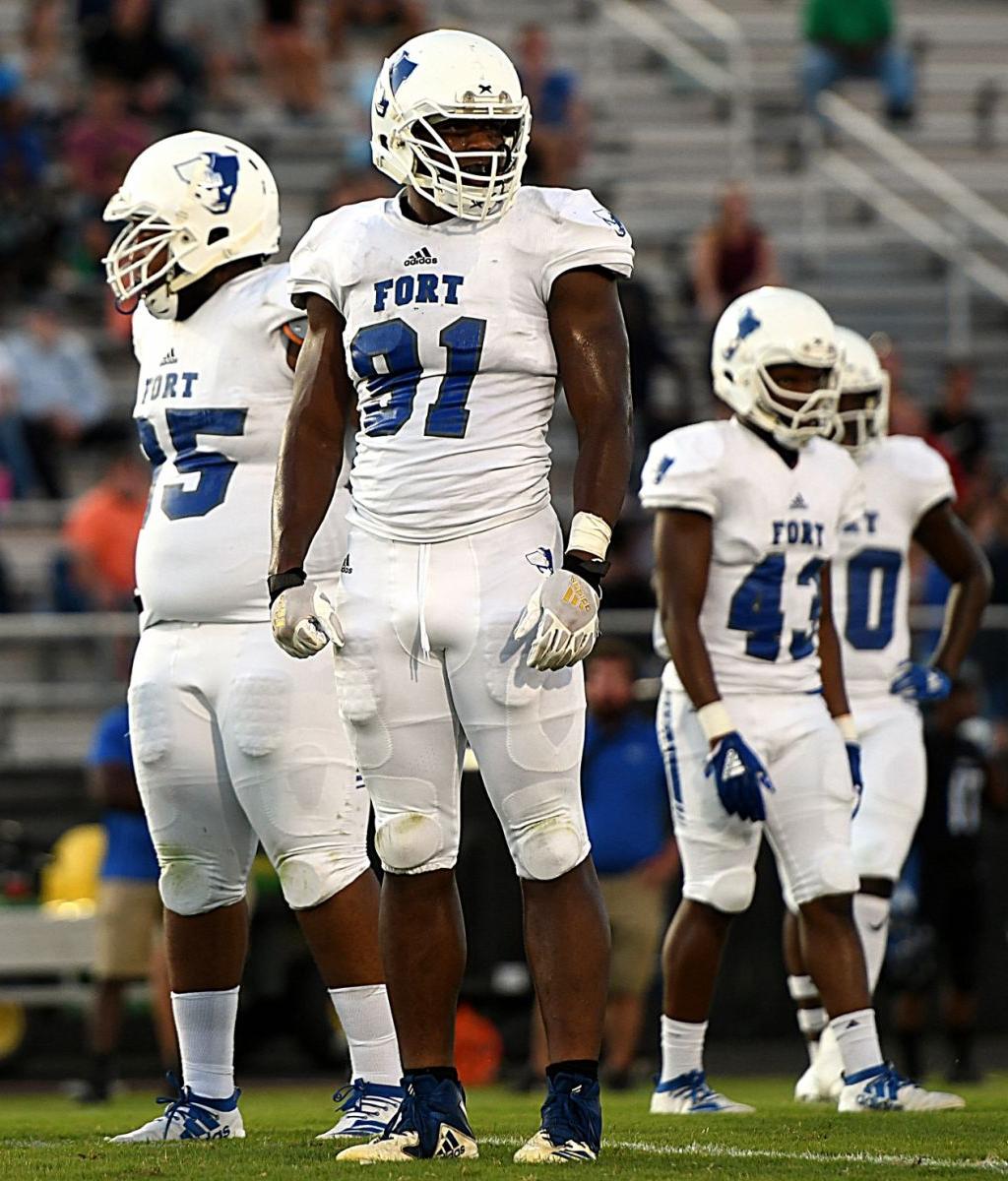 As the son of one of the greatest athletes to ever come out of Charleston, Fort Dorchester senior defensive end Emmanuel Johnson is genetically blessed.

But even more than the obvious gifts as a football player, Johnson has the added benefit of a mother who has competed on the world stage and has invaluable knowledge about what it takes to succeed on and off the field.

Johnson’s mother is Katrina McClain, whose basketball talents took her to the University of Georgia where she earned All-America honors. She became a three-time member of the U.S. women’s Olympic basketball team, winning two gold medals. The 1983 graduate of St. Andrews High School also is a member of the Naismith Memorial Basketball Hall of Fame.

Johnson, a 6-5, 256-pound defensive end for the state’s third-ranked Class AAAAA team, says the value of having such an established athlete as his guide, on and off the court, is immeasurable.

“She has been through it all, from recruiting to playing at the highest level, so I learn things from her experiences every day,” Johnson said. “She just keeps me level-headed. She’s always talking about never getting too high or too low. Just work hard every day and stay focused.”

Strong athleticism runs in the family. Johnson's grandfather, Edward McClain, spent time in the NFL with the Baltimore Colts before going into school administration and into the ministry. Johnson’s father, Kacy, was an accomplished basketball player in France.

But having good athletic genes does not necessarily translate into success. McClain has emphasized all of the right things to her son when it comes to achieving his full potential.

“Athletics and recruiting has changed tremendously since I was a high school athlete,” she said. “The social media aspect now is just crazy. Things are different for the kids today, but the core values never change. We talk about maintaining the high academic standards, maintain your character and do the right things, and work hard.

"There are a lot of things these kids can’t control. Things like star ratings and who is getting offered by what schools. But you have to stay focused on what is important, and all the other stuff will take care of itself.”

Johnson began his prep career at Northwood Academy before transferring to Fort Dorchester two years ago. Fort Dorchester head coach Steve LaPrad, who has two former defensive ends (Carlos Dunlap and Robert Quinn) playing in the NFL, knows a prospect when he sees one. He says Johnson has that potential.

“I’ll be honest, when he came here he didn’t know anything, but he was a really good-looking athlete,” LaPrad said. “He has come a long way. I mean, he’s a beast, a man among boys. His best football is ahead of him. In two years, he will be one of the best in the country. Some school is going to get a good one.”

Knowing that he needed to improve in various areas, Johnson spent time this summer at “The Lab,” a speed and agility training facility in Buford, Georgia. He also attended several college camps.

“I learned so much about footwork and how to use my hands better, things that I have really tried to focus on improving at,” Johnson said. “I have learned new skillsets and have improved. My coaches at Fort also have helped me so much. I have been blessed to have some great people around me.”

When it comes to finally picking a college destination, McClain will be able to help her son choose the right school for the right reasons. Among his early offers are Tennessee, Georgia Tech and Wake Forest.

“It’s not all about football,” she said. “No place is going to be perfect. It is important that he researches everything because he has to be just as happy off the field as he is on the field.

“Manny will make the best decision for him. He’s got a good head on his shoulders, and he’s a mature kid. I really don’t worry about where he ends up because I know he will go where he feels most comfortable. As a parent, that’s the best we can hope for.”

Notes: Fort Dorchester has won seven straight in the series, including wins in the regular season and playoffs last season … Patriots have scored at least 40 points in five of the last seven games vs. Wando … Fort Dorchester has not allowed a touchdown in the first two games of this season … Wando beat Summerville in its season opener.

Notes: Summerville has a 24-14 advantage in wins in the series … Summerville has won the last four meetings, including a 62-17 win and a 56-17 win in two meetings last season.

Notes: Oceanside won the first meeting between the  charter schools, 34-33 … Gray quarterback Hunter Helms leads the state in passing yards with 1,222 in three games … Gray has scored at least 47 points in each game …Oceanside running back Keegan Williams has eight rushing touchdowns in two games … QB Sean Cooney threw for 364 yards in win over Savannah Christian.

No high school football program in the Lowcountry has produced more college players over the last decade than Fort Dorchester. From the look o…