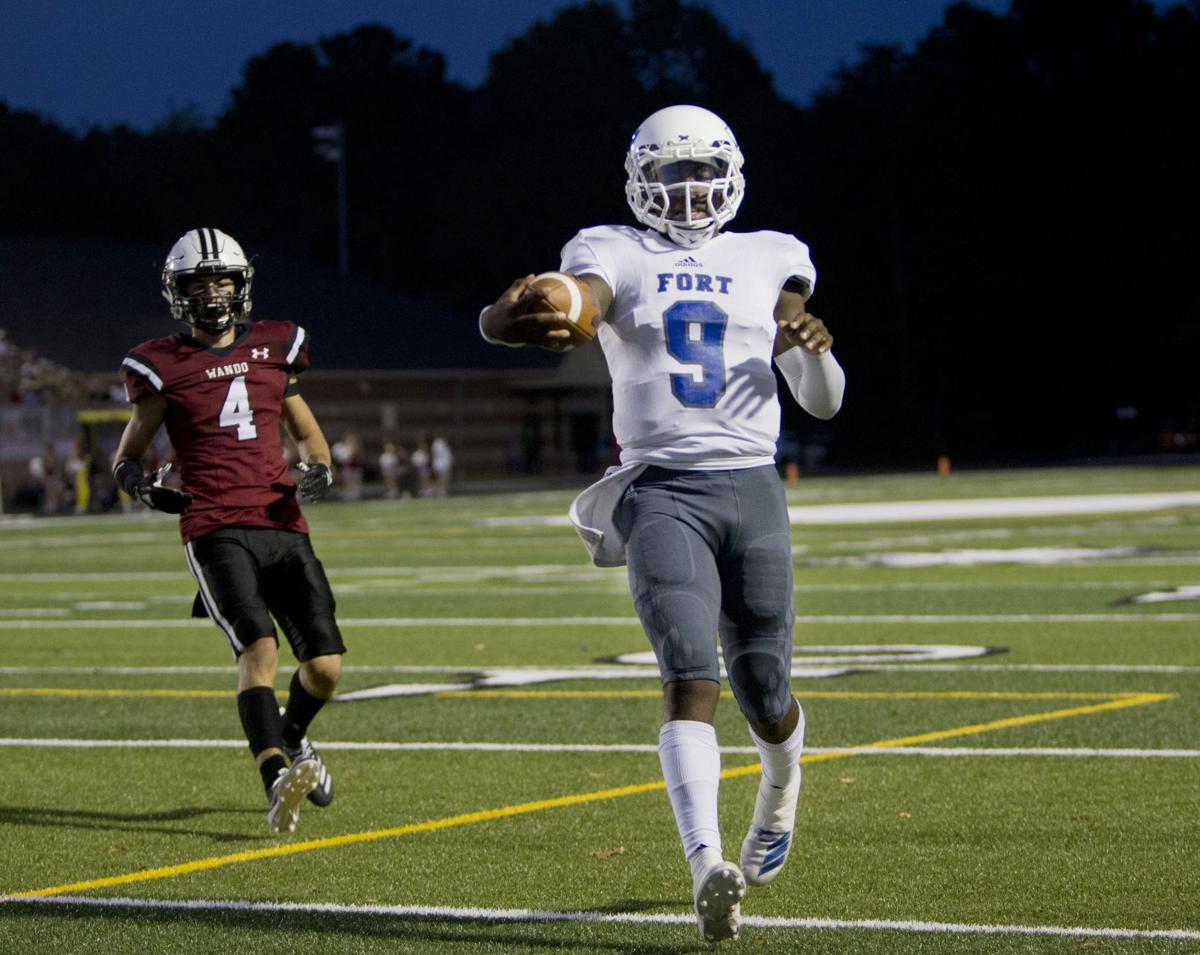 Fort Dorchester's De'Andre Sabb runs to the end zone for a touchdown as Wando's Will Pickren (4) follows behind during the game at Wando High School Friday Sept. 13, 2019, in Mount Pleasant. Gavin McIntyre/Staff 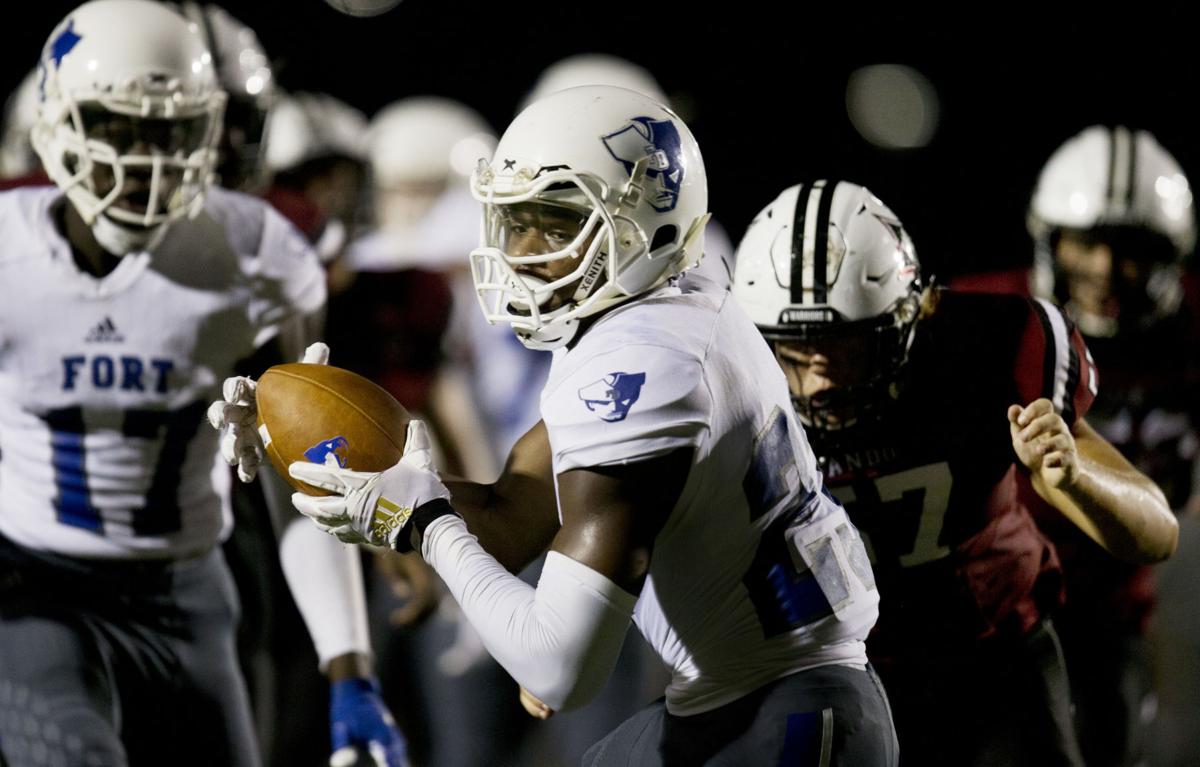 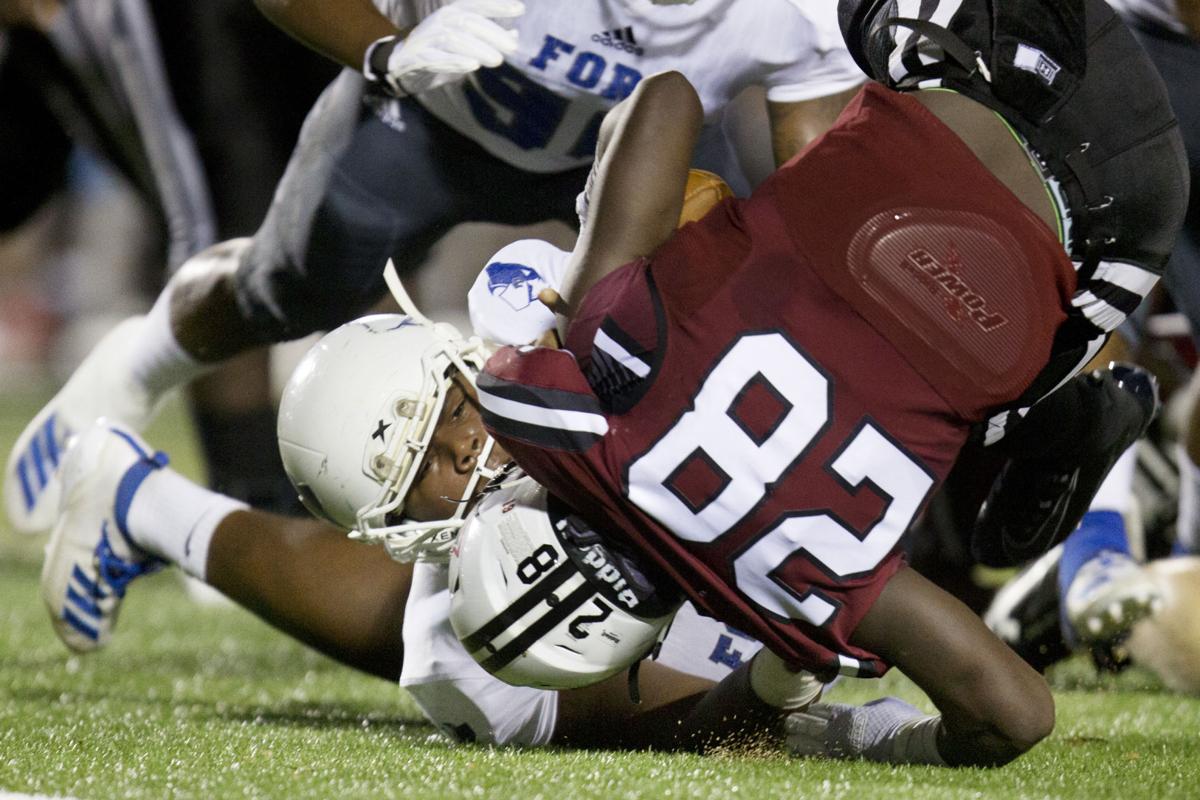 Fort Dorchester's De'Andre Sabb runs to the end zone for a touchdown as Wando's Will Pickren (4) follows behind during the game at Wando High School Friday Sept. 13, 2019, in Mount Pleasant. Gavin McIntyre/Staff

MOUNT PLEASANT — Missing a game last week due to Hurricane Dorian did nothing to slow the roll of the Fort Dorchester Patriots. The state’s third-ranked team in Class AAAAA cruised past Wando on Friday night 51-10.

“We got off to a good start, played with a lot of focus,” Fort Dorchester head coach Steve LaPrad said. “We’re not a big rah-rah team. I reckon people see us take the field and wonder if we ready to play. That’s just who they are. They are always ready. They love to play on Friday night.”

Wando, which opened the season with a win over Summerville, dropped to 1-1.

Just as they did two weeks ago in a win over Cane Bay, the Patriots put the game away in the first quarter with three touchdowns, and led 35-0 by halftime.

Fort Dorchester scored on its first possession, a Sabb 9-yard run with 8:18 left in the opening period.

After forcing a Wando punt, the Patriots went 50 yards on five plays with Kalil Jenkins scoring on a 1-yard run. Wando again punted and Sabb connected with Simmons on a 40-yard pass and run, making it 21-0 with 3:10 left in the quarter.

“I’m sure glad Simmons is on our side,” LaPrad said. “Gosh, he’s fun to watch. What a play-maker he is for us.”

Jenkins added a 14-yard run on the second play of the second quarter for a 28-0 lead and a 61-yard pass connection from Sabb to Simmons made it 35-0 at the half.

The only remaining drama in the second half was whether Fort Dorchester’s defense would allow their first touchdown of the season. Wando was able to crack the end zone early in the fourth quarter when backup quarterback Andrew Bobby connected with Will Pickren on an 8-yard touchdown pass.

The Warriors also got a 40-yard field goal from Arthur Rocha.

Fort Dorchester will have their toughest test to date on next Friday, hosting Berkeley in a battle of top 10 teams.

“It will be fun and should be a great atmosphere,” LaPrad said. “They’re good. They will come ready to play. Our guys are excited about it.”