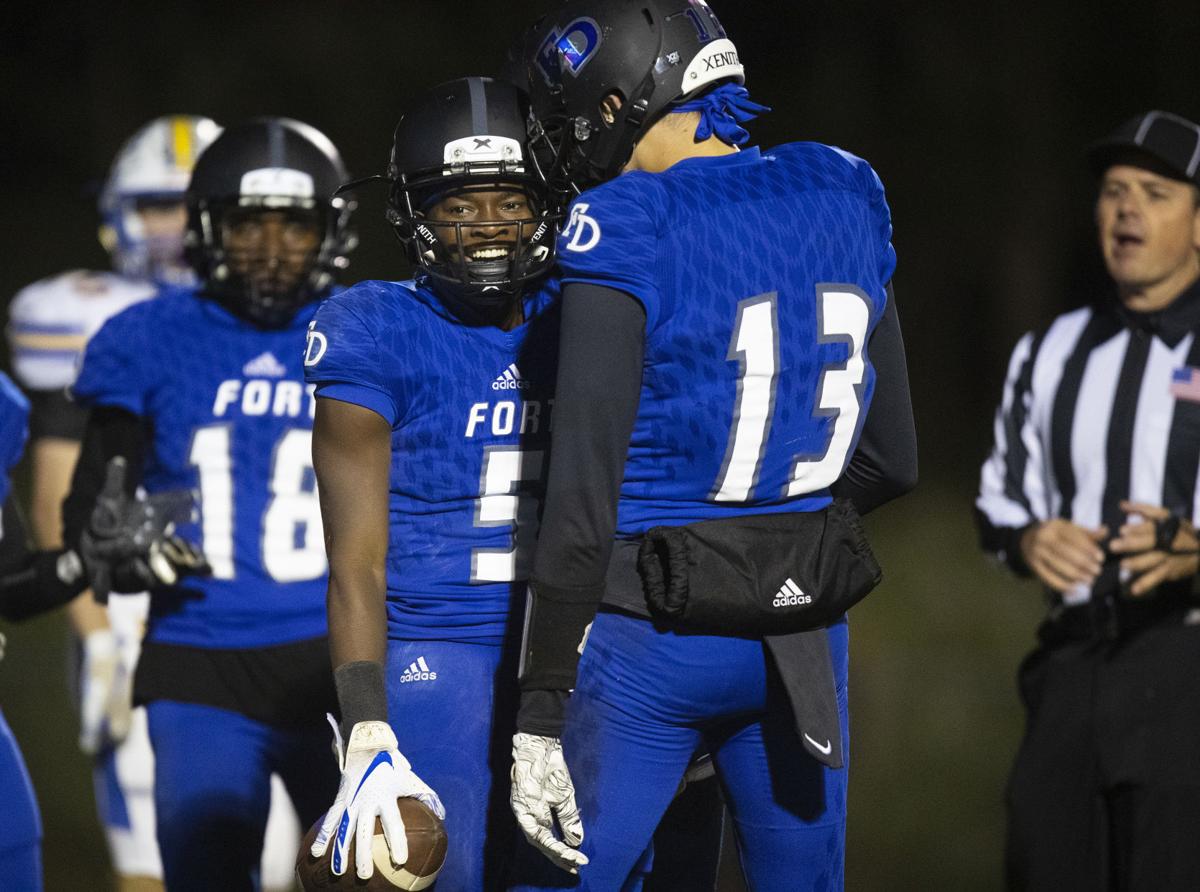 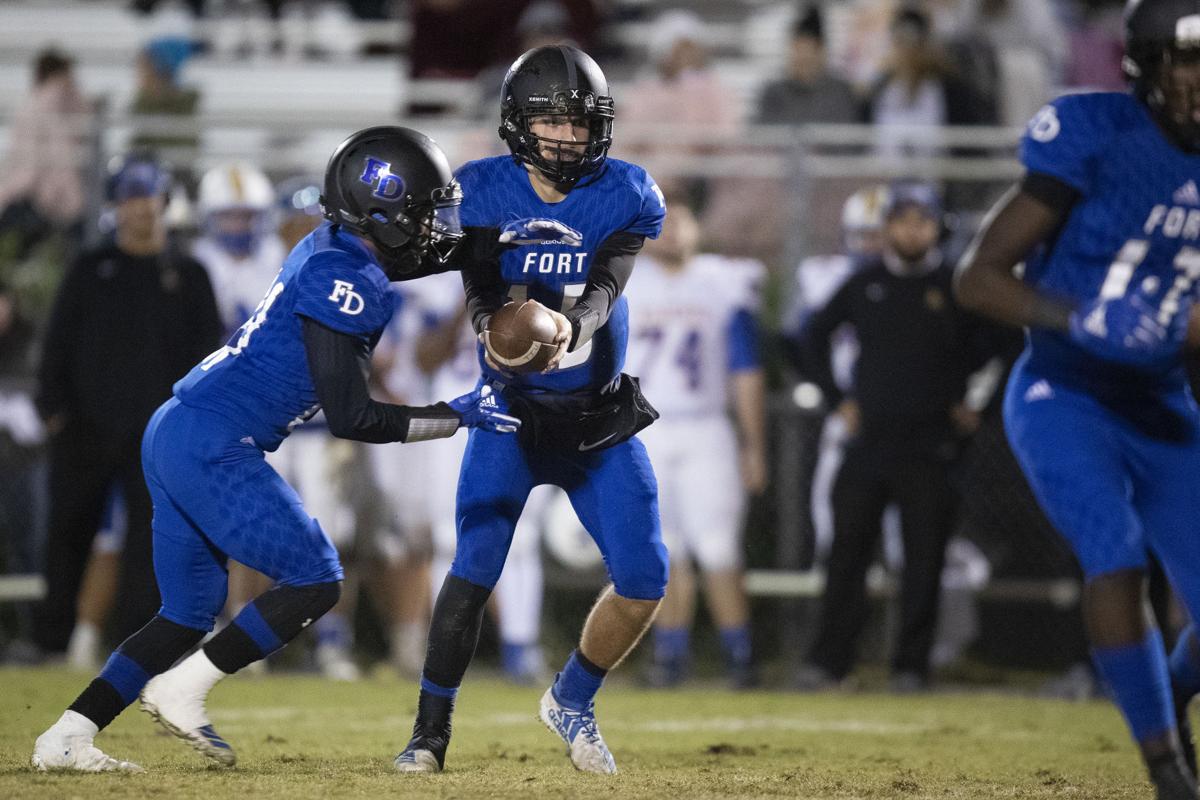 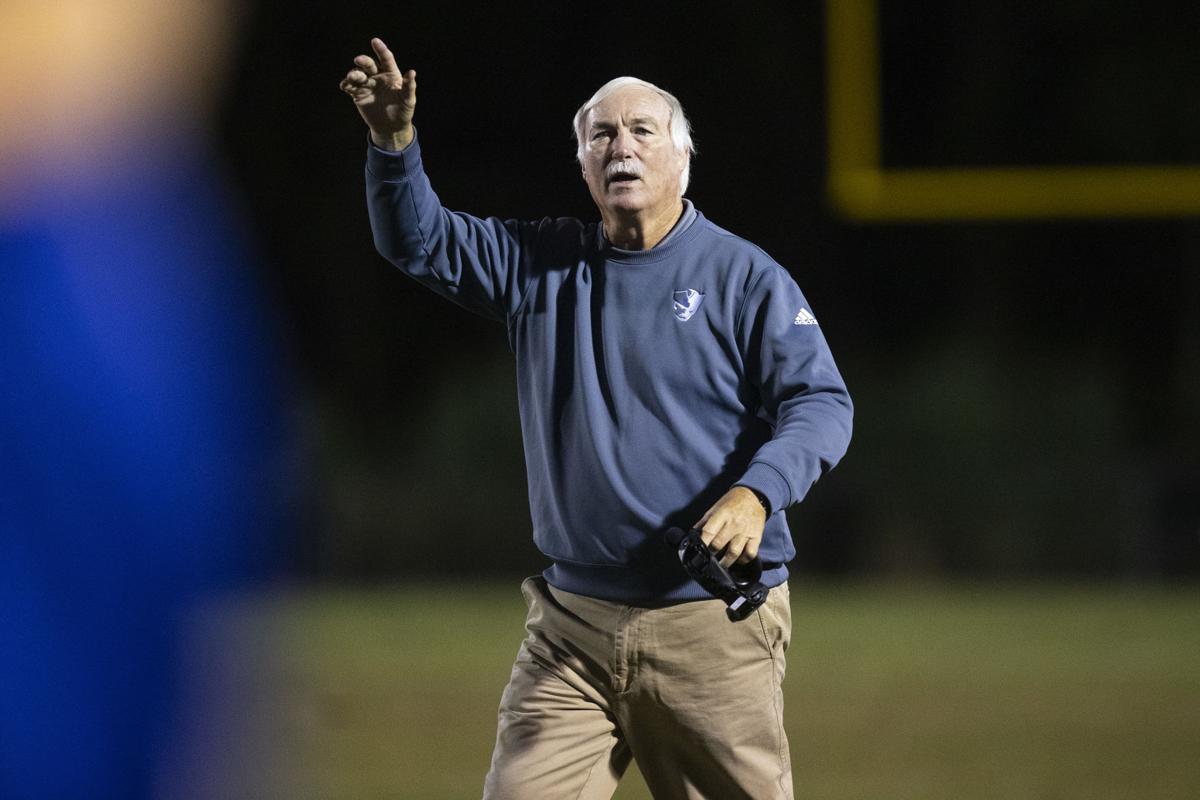 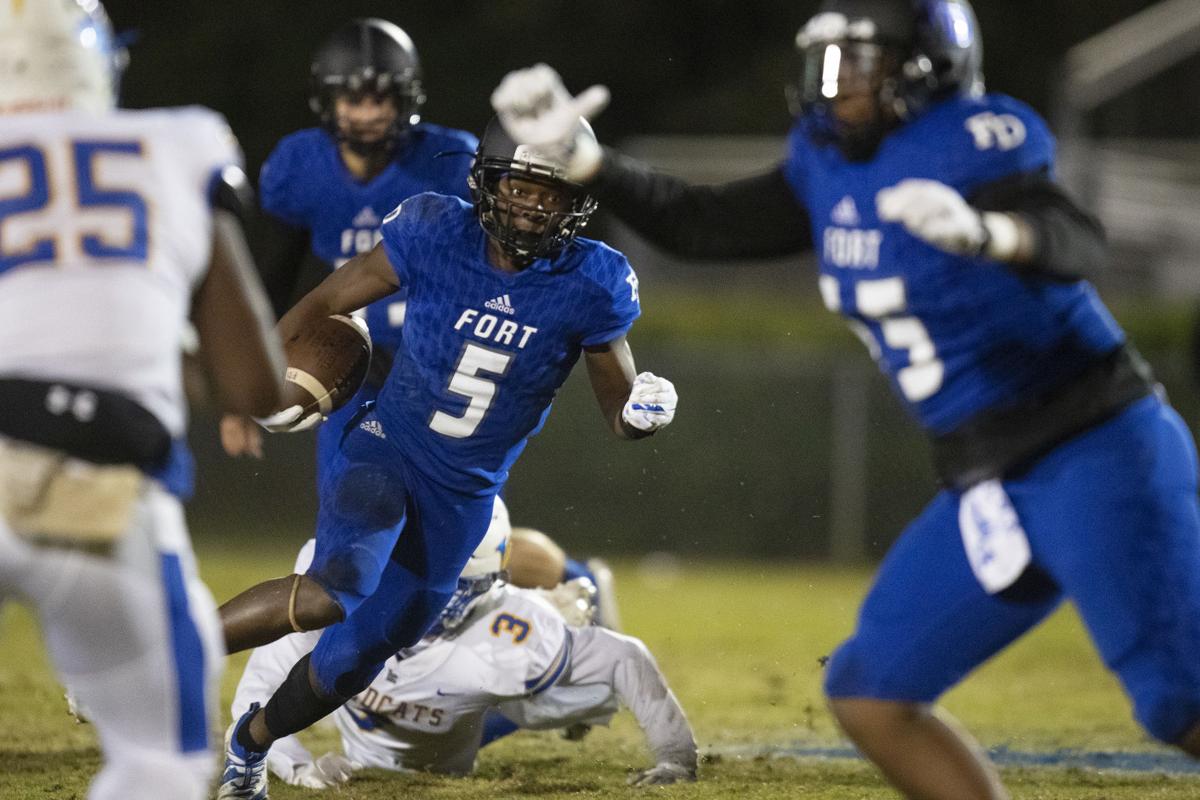 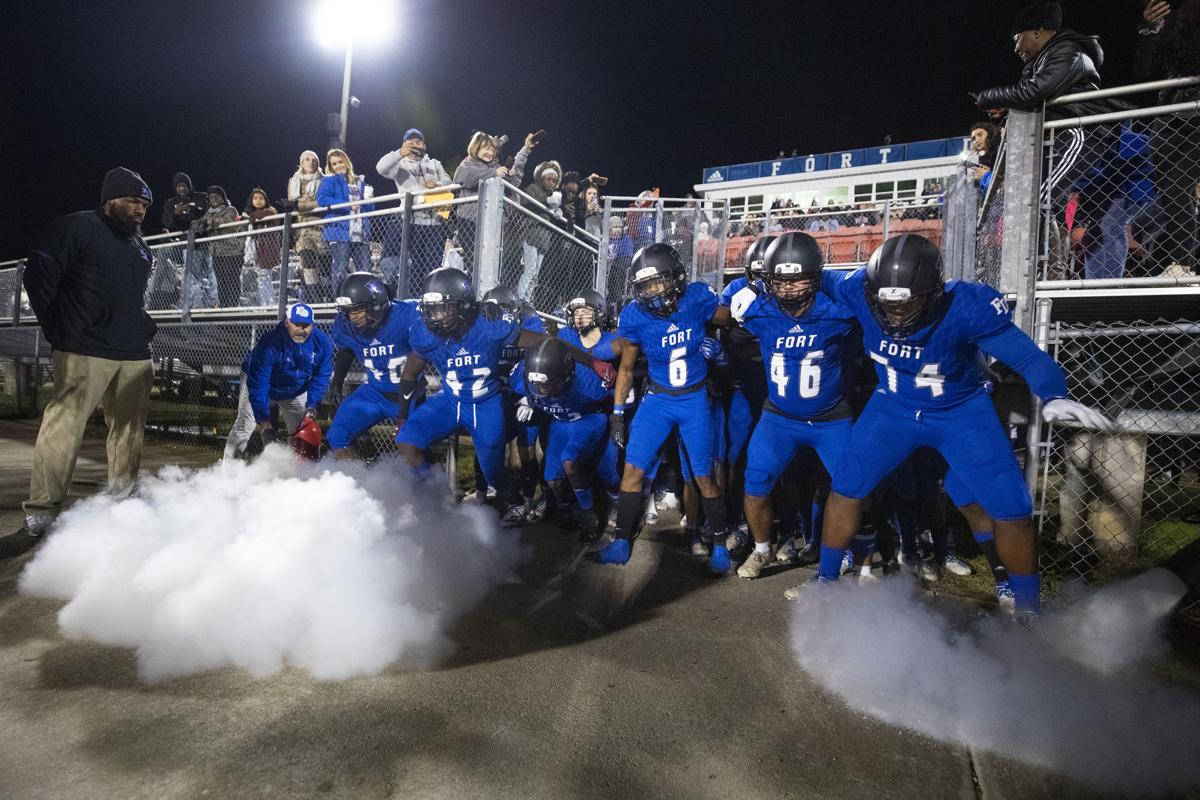 Fort Dorchester players get ready to take the field for a playoff game against Lexington at Fort Dorchester High School on Friday, November 8, 2019. Lauren Petracca/Staff

Fort Dorchester players get ready to take the field for a playoff game against Lexington at Fort Dorchester High School on Friday, November 8, 2019. Lauren Petracca/Staff

Aside from a few issues on extra points, Fort Dorchester turned in a solid performance in the Patriots'  first-round Class AAAAA Lower State playoff opener on Friday.

The Patriots once again rode a strong defensive performance to a 31-3 over visiting Lexington, advancing to next Friday’s second round. Fort Dorchester improves to 10-0 while Lexington ends the season at 7-4.

The Patriots allowed only 158 total yards on 60 snaps, led by Justin McElveen’s 11 tackles.

“We played well, defense got after them pretty good tonight,” Fort Dorchester coach Steve LaPrad said. “Lexington has a good football team. We showed up to play tonight. Good win and good to be playing next week.”

Fort Dorchester will remain at home for next week’s second round game, hosting Berkeley. The Patriots beat the Stags 44-0 in week three of the regular season.

“Both teams are better now,” LaPrad said. “That 44-0 is history. Long time ago. We better be ready to play.”

Fort Dorchester had snapping issues on two extra point attempts and failed on a pair of two-point conversions, but the mistakes were overcome by a strong rushing performance from senior quarterback DeAndrae Sabb. Sabb scored two touchdowns on the ground while rushing for 88 yards. Dwayne Wright added 53 yards on the ground.

“Sabb is our guy,” LaPrad said. “He’s a threat every time he has the ball in his hands. He’s a big-time player. I tell everybody he’s a stud.”

Lexington held the advantage in field position early on and Fort Dorchester gained only one first down in their first two possessions. A fumbled punt snap was the first big break for the Patriots as they tackled the Lexington punter at the 50-yard line.

Fort Dorchester needed just three plays to break the scoring deadlock with Sabb scoring on a 21-yard run for a 6-0 lead with 2:32 left in the first quarter.

Keith Desaussure later returned a punt 22 yards to give the Patriots the ball at the Lexington 36-yard line. Wright capped a six-play drive with a four-yard run for a 12-0 lead. Desaussure had 81 return yards in the game.

Another good punt return by Desaussure, aided by a Lexington penalty, put the Patriots on the Lexington 12-yard line. On fourth-and-eight from the 10, Zolten Osborne connected with Desaussure on a touchdown pass, upping the lead to 18-0 with 5:37 to play in the half.

Special teams again made a play with 21 seconds before halftime when Fort Dorchester’s Jaquez Washington blocked a Lexington punt in the end zone and fell on the ball for a touchdown and a 24-0 halftime lead.

Fort Dorchester’s defense limited Lexington to 77 total yards in the half.

For his performance, Stall quarterback Corey Speights is The Post and Courier's high school football player of the week.