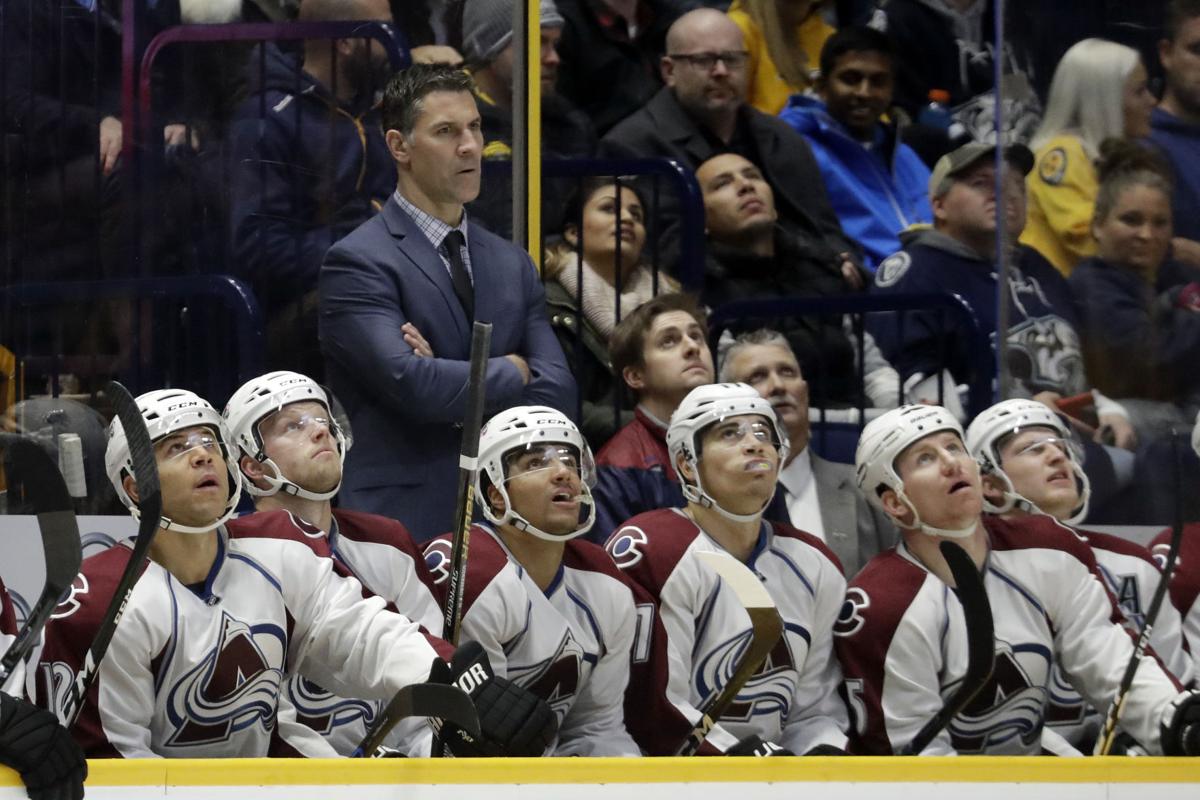 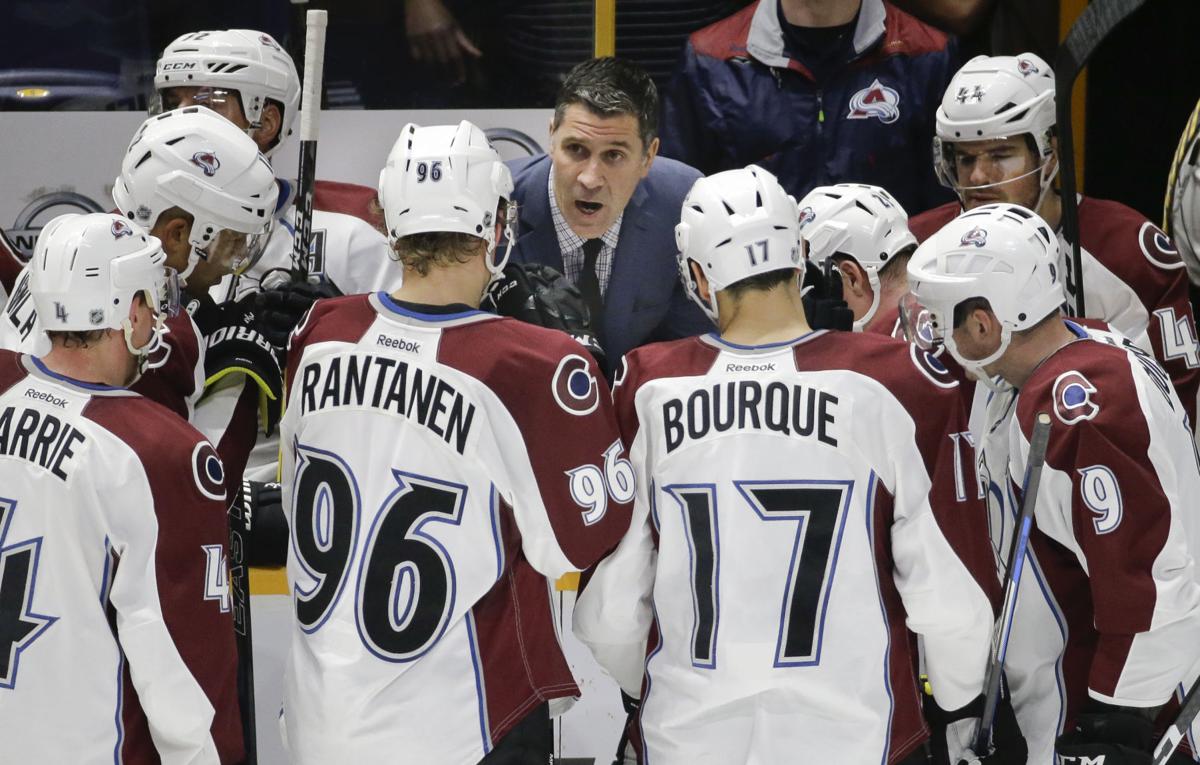 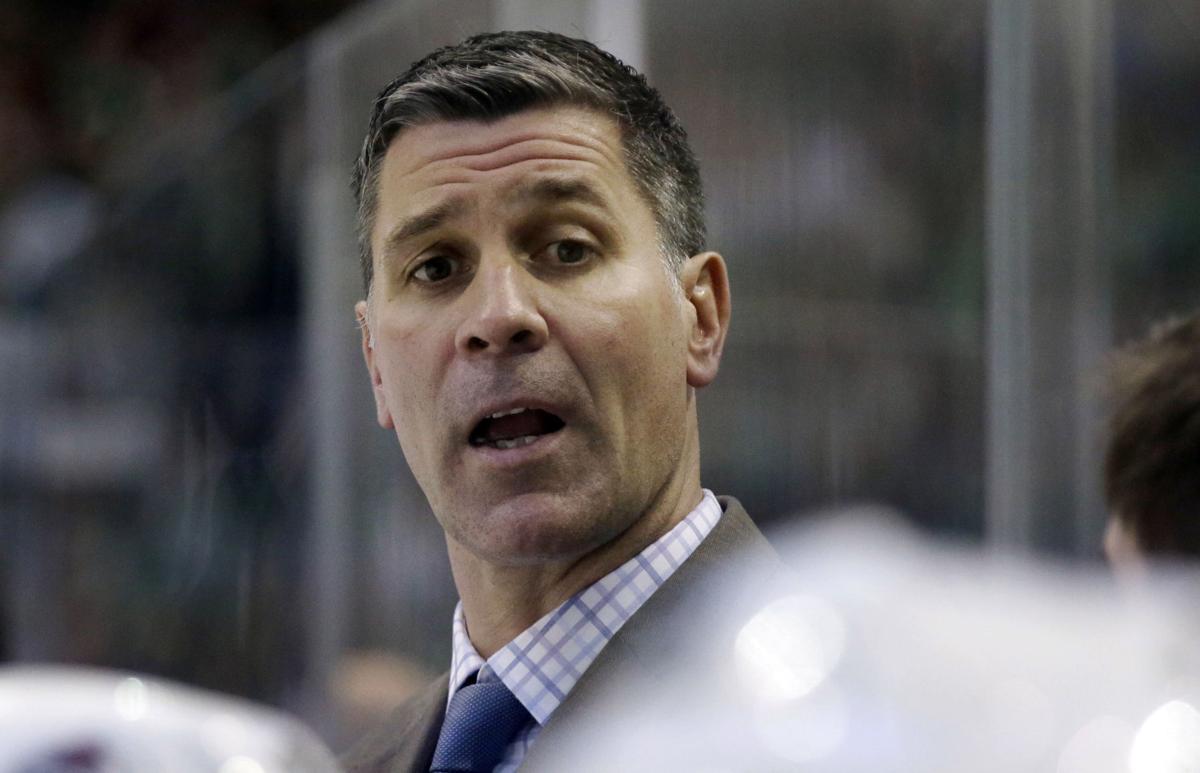 Colorado Avalanche head coach Jared Bednar is one of two coaches to win an ECHL and AHL title as a head coach. File/AP 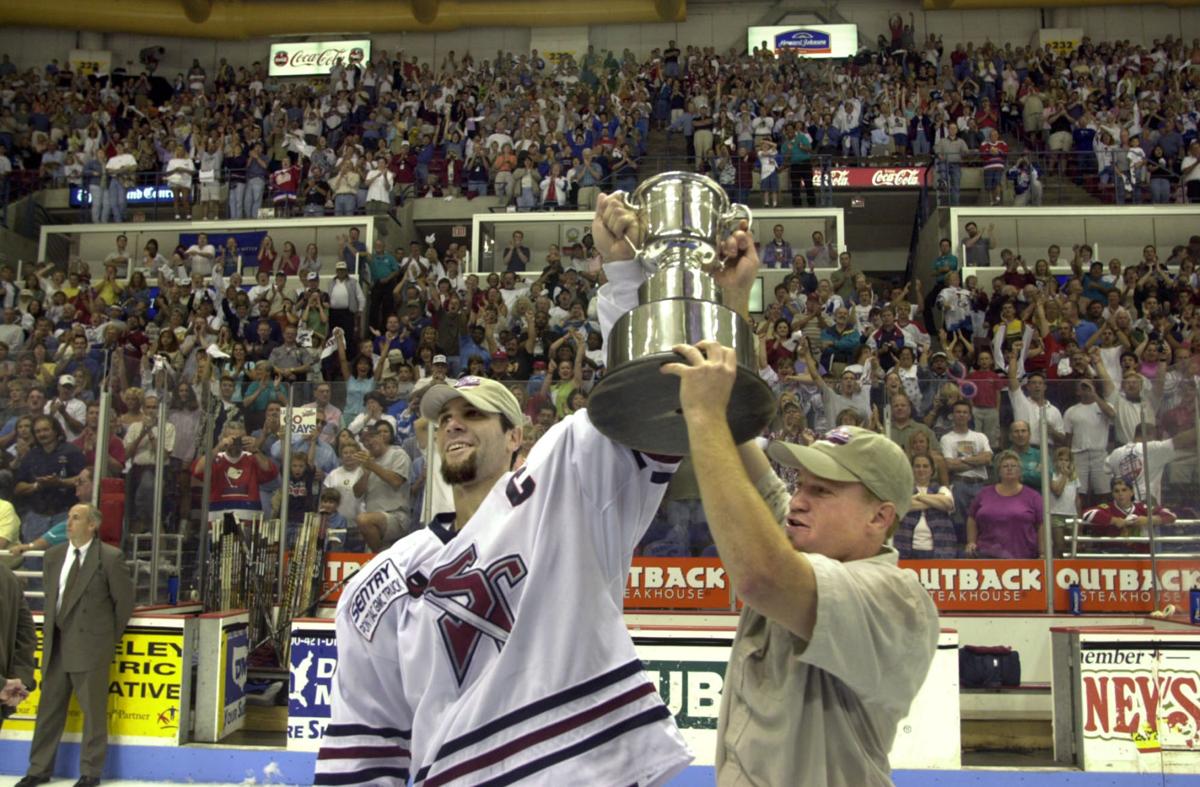 South Carolina's Jared Bednar (left) and Bret Marietti hold up the Kelly Cup Trophy after the Stingrays won the ECHL championship in 2001. File/Staff

It’s been more than a decade since Jared Bednar was coaching in the ECHL.

Since leading South Carolina to the 2009 Kelly Cup title, the former Stingrays coach and player has been a head coach in the American Hockey League — winning a league title in 2016 with the Lake Erie Monsters — and the NHL, the last three seasons with the Colorado Avalanche.

Bednar is just one of two head coaches to win an ECHL and AHL title.

Bednar has always maintained that the lessons he learned and experiences he had as a player and coach in the ECHL molded him into the successful coach he is now.

“No doubt that I’m the coach I am today because of the time I spent in the ECHL,” said Bednar, who spent 13 years as a player and coach with the Stingrays. “It was an invaluable experience for me and really has served me well as my coaching career has advanced.”

Bednar, the first person to win three Kelly Cup championships — two as a player (1997 and 2001) and one as a coach in 2009, was inducted into the ECHL Hall of Fame last week. The 2020 class included Bednar, Dany Bousquet, Derek Clancey and Glen Metropolit. Because the induction ceremony coincided with the NHL’s All-Star break, Bednar was able to attend the ceremony in Wichita, Kan.

“It was a pretty special night for me,” said Bednar, who returned to the Lowcountry last week after the ceremony. “I spent pretty much my whole playing career in the ECHL and about half of my coaching career in the league. I have a tremendous amount of respect for the ECHL and how it helped me as a player and a coach. The ECHL gave me my start both as a player and a coach. It was an honor and a privilege to be inducted into the hall of fame and I was really happy I was able to go to the ceremony.”

Catching up with old rivals like Bousquet, who played for the Pee Dee Pride, and Clancey, made the night that much more fun for Bendar.

“We sat around and told some old war stories about our playing days in the league,” Bednar said. “Going with those three guys made the night that much more special for me. Dany and Derek were such skilled offensive players. Dany said in his acceptance speech what made the league so good were the rivalries. I’m not sure there was a better rivalry in the league than the Stingrays and Pee Dee back in the day.”

Bednar was able to spend a few days at his Isle of Palms home as part of the Avalanche’s bye week and the NHL’s All-Star break. In all, the Avalanche had nine days off. The NHL’s bye week, which was introduced back in 2016, was supposed to help players heal from the rigors of a long, 82-game season.

The break has also proved beneficial to the coaches as well, Bednar said.

“I think it’s a chance for us as a coaching staff to reflect on the season so far and to see what we can do to make the team better as we move forward,” Bednar said. “The players get to rest up and get away from the game and it gives coaches a nice mental break, too. This sets us up really well for the stretch run. We’ve got like 16 games in the month of March, so it’s going to get busy.”

Colorado had the second most wins in the NHL’s Western Conference at the all-star break and is considered a legitimate contender for a deep Stanley Cup run. A year ago, the eighth-seeded Avalanche upset No. 1 seed Calgary in the opening round of the playoffs and lost to San Jose in seven games in the conference semifinals.

That’s a far cry from Bednar’s first season with Colorado when the Avalanche won just 22 games and had the worst record in the NHL.

“Obviously, we’ve come a long way as an organization over the past four seasons,” Bednar said. “The first season, we realized that we had a major rebuilding job to do and had to basically revamp our entire roster. By the end of the second year the guys buy-in was really strong and they were willing to do whatever it took for us to win.”

The Avalanche have one of the youngest teams in the NHL, featuring superstars like forward Nathan McKinnon and rookie defenseman Cale Makar.

When Bednar gets a little homesick for the Lowcountry, he turns to Colorado goalie Philipp Grubauer, who played for the Stingrays during the 2011-12 season.

“Grubby was one of the main reasons we won the series against Calgary last year,” Bednar said. “He took his game to an elite level. He’s had some injuries this season, but he’s back healthy again. Grubby and I like to reminisce about our time in Charleston.”

In July, Bednar signed a two-year contract extension that will keep him in Colorado through the 2021-22 season.

“We had a couple of tough years but now I think we’re building something special,” Bednar said. “We've become a destination for free agents. We’re gaining traction as a team from top to bottom and we’re building it the right way. I want to be a part of that. We have an opportunity over the next few years to be perennial contenders. I love coaching the Avalanche and the players are the main reason why.”