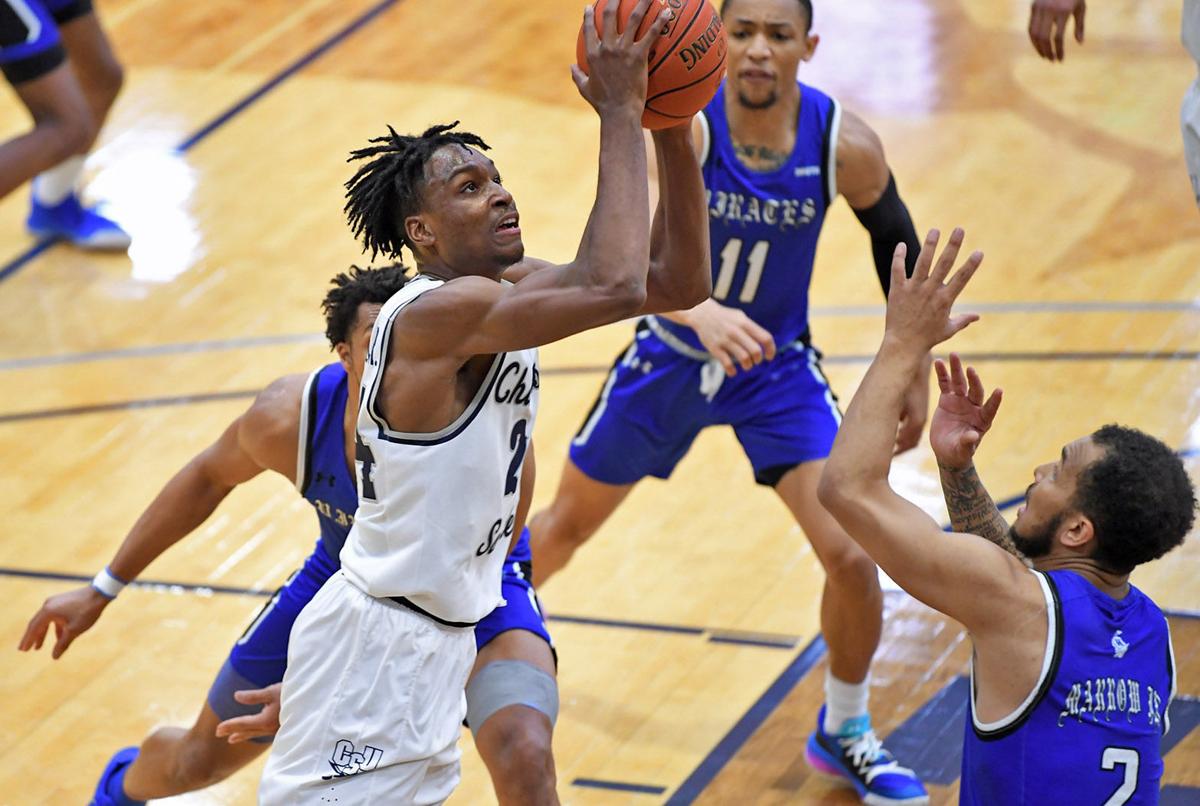 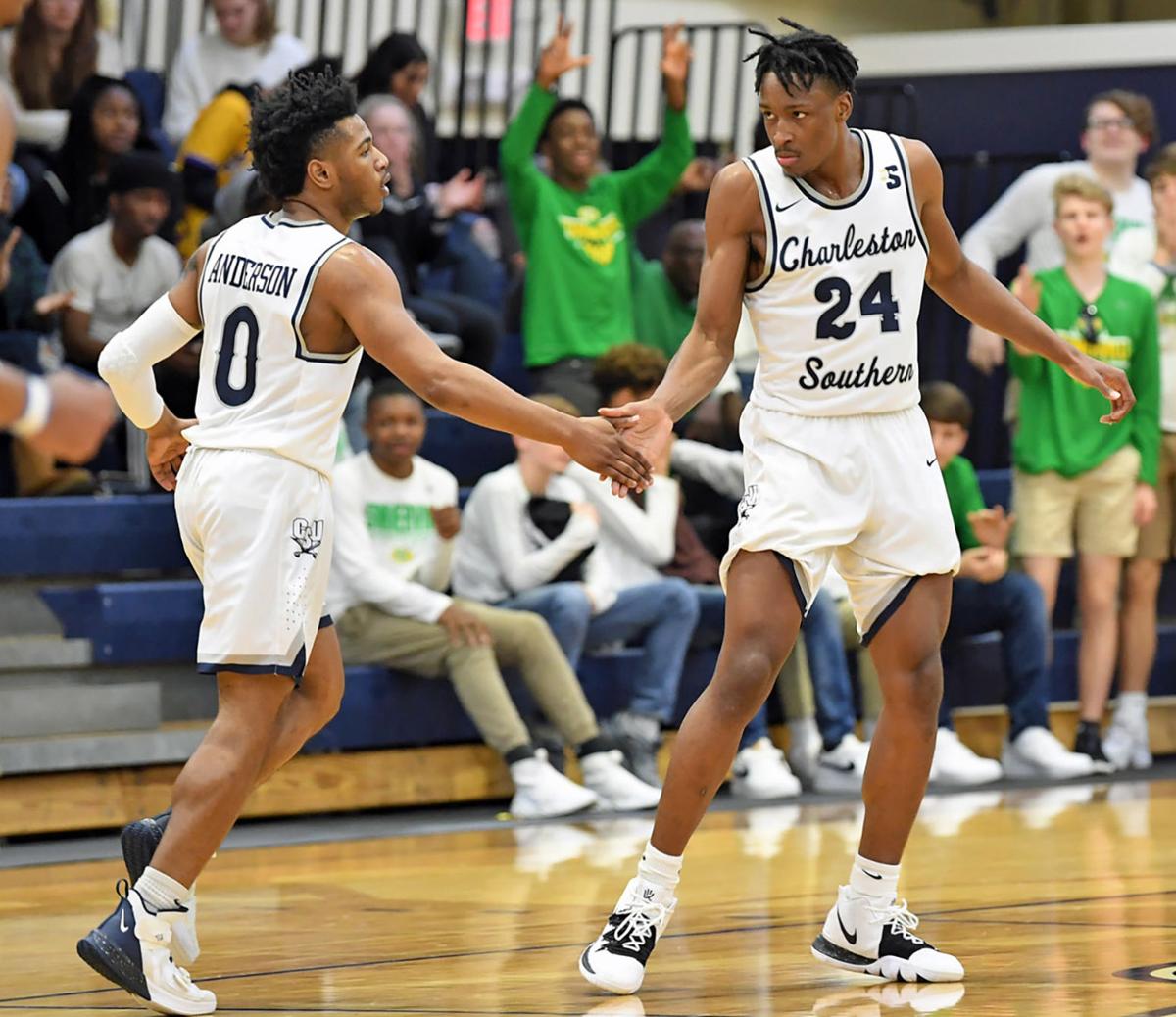 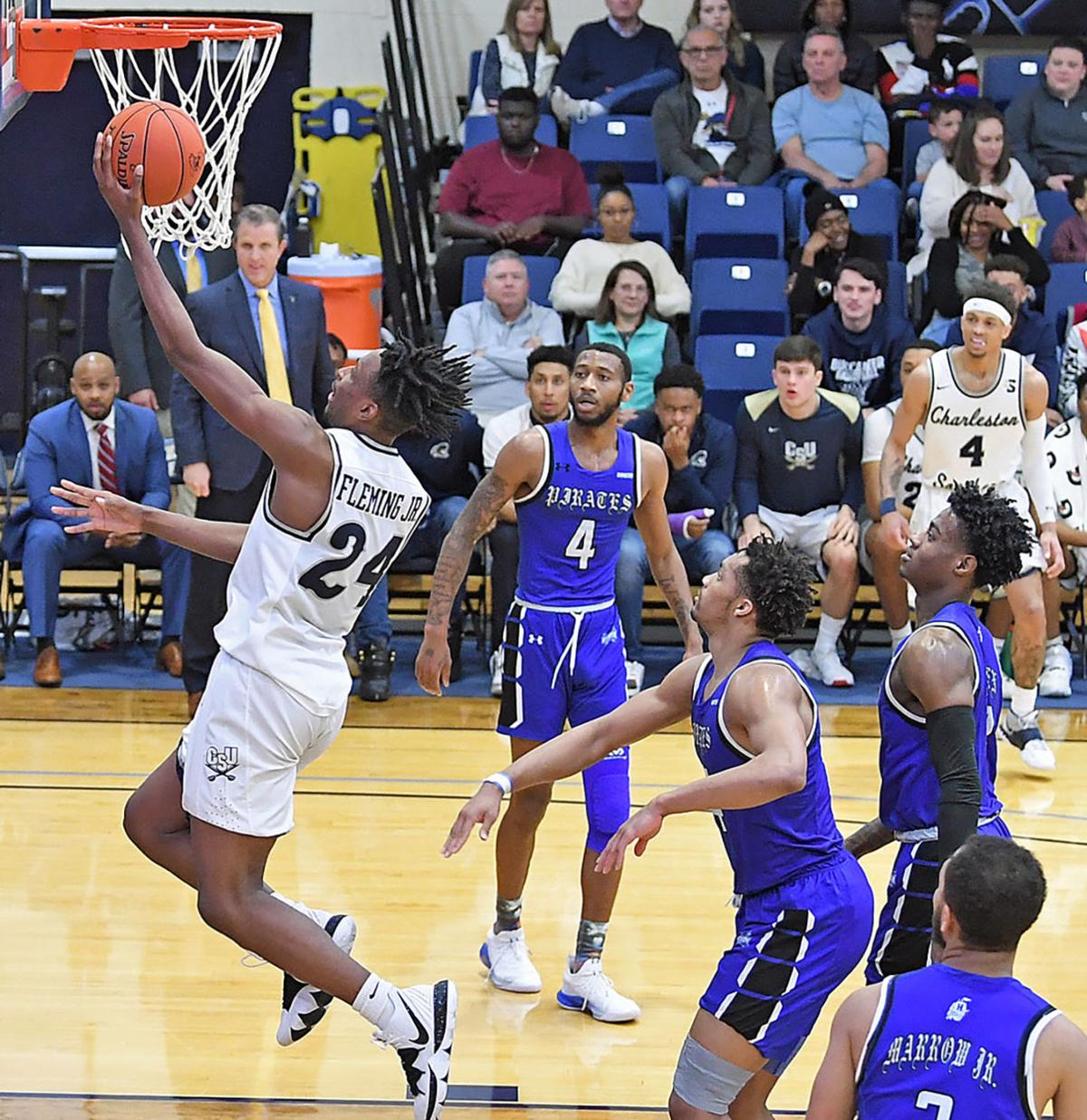 Charleston Southern's Phlandrous Fleming Jr. goes in for a layup against Hampton on Saturday.

Charleston Southern's Phlandrous Fleming Jr. goes in for a layup against Hampton on Saturday.

On a night when he scored his 1,000th career point, Charleston Southern junior Phlandrous Fleming Jr. may have played the best game of his nearly three-year career on Saturday night.

Fleming’s career-high 34 points, 15 rebounds (also a career best) and five assists led the Buccaneers to an 85-72 win over visiting Hampton, evening the Buccaneers to 6-6 in the Big South Conference and 12-12 overall.

Fleming’s performance was the 12th time in the last 14 outings that the 6-4 wing had topped 20 points and was his third game scoring over 30 points. Nearly all of those games have been with CSU’s roster down to seven scholarship players. Fleming played all 40 minutes on Saturday.

“Last game (a loss to Longwood on Thursday night), I texted my dad and I opened up to him and said, ‘I’m tired dad. I don’t know if I can keep going like this.’ He was just like pray. None of this is me, it’s all God. He prayed for me, my teammates pray for me. I have a lot of people praying for me. I’m still not tired. I feel good. Our training staff, they keep me going. My teammates keep me going.”

Fleming had some help on Saturday. Junior guard Deontaye Buskey tied a career-high with 21 points while also playing every second of the contest.

“That’s my guy,” Fleming said. “He’s been my roommate since I got here. I’m the right hand, he’s the left hand. We stick together through everything. He’s playing great. I am so glad to see him playing so well.”

CSU coach Barclay Radebaugh continues to be amazed by his team’s gut checks over the last three weeks. While the objective of every game is to win, the coach says more valuable lessons are in play this season.

“I am so genuinely proud of these guys,” Radebaugh said. “This was one of our best games of the year. The most important thing for me was how they were going to respond today. I know it’s not a popular thing to say, but today, winning was not the most important thing to me. How they responded and the character that they played with, how they honored God with their effort and their attitude is what was important. Winning is just a bonus.

“Today, the character issues were more important than the winning. But, we played great. We had to really dig deep. Try running a company with half of your employees. This team has played the last eight or nine games with half of what we started with, and they continue to respond. I’m so very proud of them.”

The Buccaneers led by as many as 17 points in the first half, connecting on seven 3-pointers while shooting 52 percent from the floor.

Hampton, a top-25 team scoring nationally, caught fire in the early stages of the second half, trimming the lead to 55-51 with 12:53 to play, and Jermaine Marrow closed the gap to 57-55 a minute later. Marrow, averaging better than 24 points per game, finished with 19 points.

Fleming and Buskey came to the rescue, and CSU would never relinquish the lead. Each had consecutive baskets to push the lead back to 10 points. Fleming blocked two apparent breakaway layups down the stretch to maintain a comfortable lead.

“They (Hampton) are very talented, a ton of pieces,” Radebaugh said. “They’re well-coached and have had some big wins this year. Certainly, we knew we would have our hands full. We knew their run was coming, and we somehow survived it.”

The Buccaneers have one day off before Monday’s game at USC Upstate. They return home on Thursday against High Point, their fourth game in a seven-day stretch.

“I’m having so much fun,” Radebaugh said. “I am learning from this team. It has been a while since I’ve learned so much from a team. It is a joy walking this out with them.”