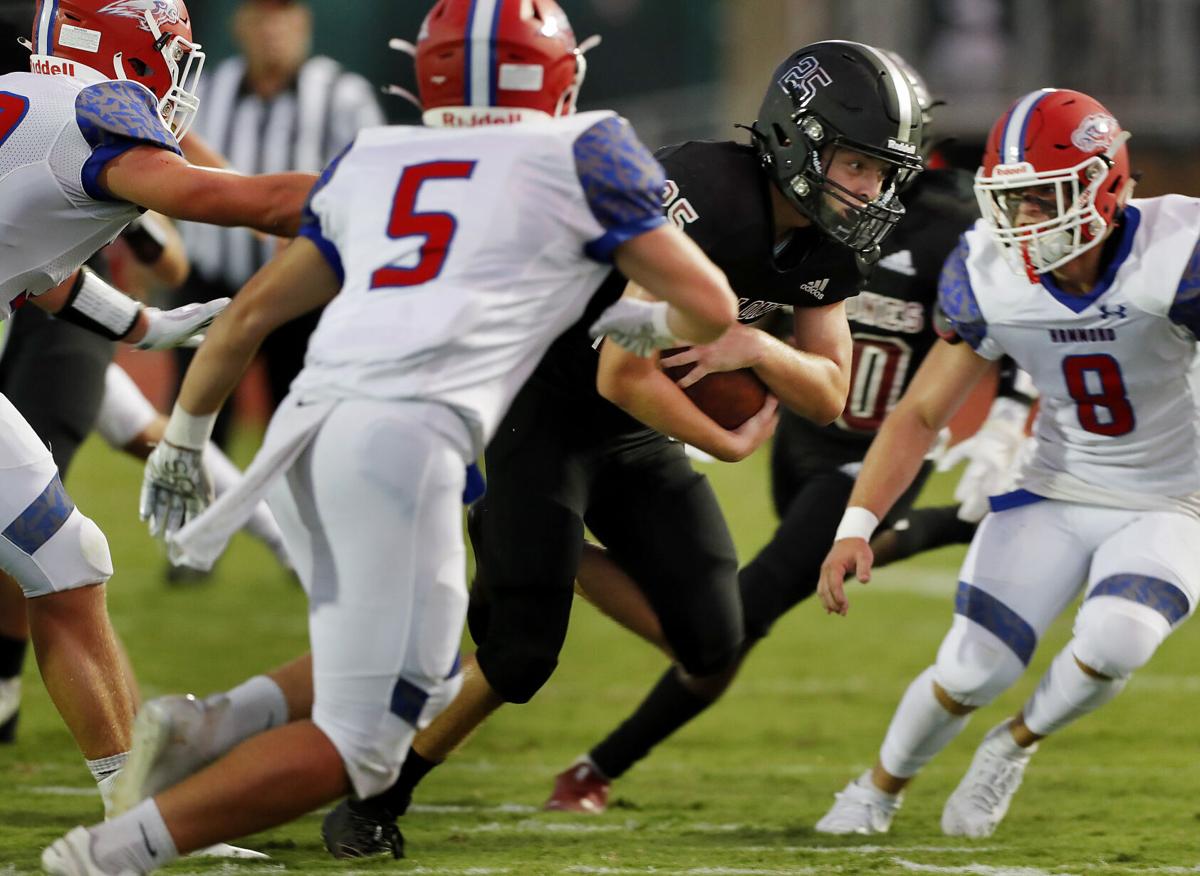 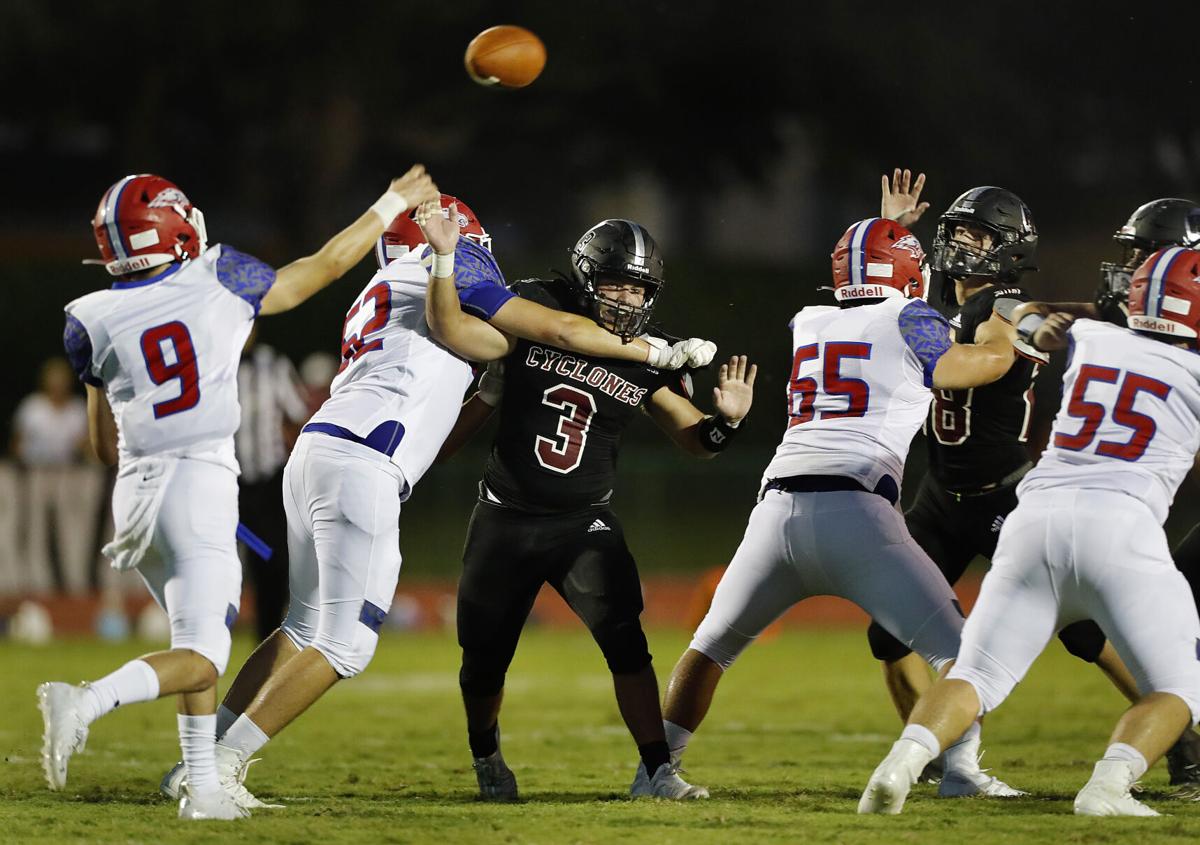 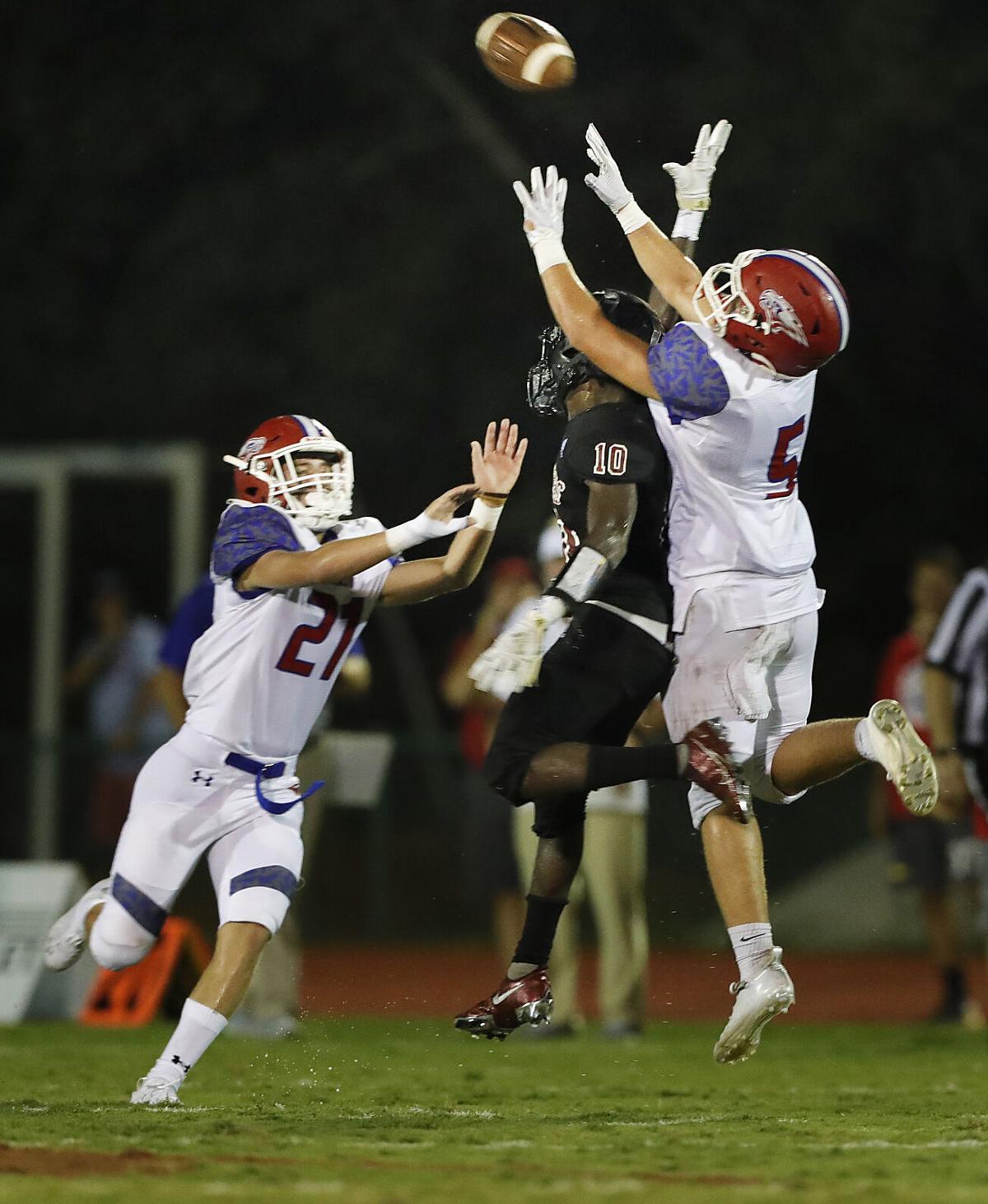 Families only were allowed in the stands, but football was played Friday night at Porter-Gaud.

The Cyclones opened their home schedule against SCISA powerhouse Hammond School of Columbia, which romped to a 54-7 victory before a crowd of about 300 spectators.

It was Porter-Gaud's first athletic contest at home during the coronavirus pandemic, so things looked a bit different.

Attendance for the contest was the major change as Porter-Gaud allowed only families of players and cheerleaders from both teams. Those names were on a pass list, avoiding the need for tickets and the exchange of monies. Under normal circumstances, with the Cyclones hosting the state’s top SCISA program, the crowd would likely have been more than 1,000 fans.

“We wanted to make sure the most important fans were able to see the game while limiting the number of people that were in the stadium for these first trial run,” Porter-Gaud athletic director Larry Salley said. “We also did not open concessions. We encouraged people to bring their own drinks, and we encouraged the use of lawn chairs to limit the number of people in the stands.”

Salley is hopeful that the attendance situation can be altered as the season progresses.

“We have two home games to start the season and then we are on the road for three weeks,” Salley said. “I am hoping that by the time we return to home games things have improved and we’re able to allow students into the games. Our student section is very active and we definitely miss them being at these games. Hopefully things will change.”

The game was televised locally by MyTV Charleston, and even the announcing team of Darren Goldwater and Dean Stephens practiced social distancing by broadcasting the game in studio instead of in the press box.

Dennis Coleman, whose son Mitchell Coleman is a senior lineman for Porter-Gaud, says his son never contemplated not playing this season if the private-school league went forward with games.

“To be honest, the school administration and coaching staff have been on top of everything since day one, starting back during the summer workouts,” Coleman said. “We feel very safe and comfortable with Mitchell playing in these games. He has been working two jobs so if he was going to catch the virus, the chances are that he would catch it there. We feel he is very safe with his team.”

Porter-Gaud has tested the team twice for COVID-19 in recent weeks with no positives, and Salley says the team will continue to test throughout the season.

The game itself was positive for the Cyclones for about a quarter. Porter-Gaud grabbed a 7-0 lead on Matt Kelly’s 15-yard touchdown pass to Eric Fenno. But the Skyhawks went to work early in the second quarter, scoring 33 unanswered points for a commanding 33-7 halftime lead.

Hammond running back C.J. Stokes rushed for 151 yards and three touchdowns in the first half, starting with a 68-yard scamper to get the scoring going. Cam Scott added a 34-yard punt return for a score and Brig Brannon returned an interception 35 yards for another touchdown.

Hammond added two more touchdowns on their first two possessions of the third quarter, including a 32-yard touchdown jaunt by Stokes, who finished the night with 187 yards and four scores on just 12 carries.

“Certainly we would have preferred a different result but tonight was a win because our kids got a chance to play football,” Porter-Gaud coach Brad Bowles said. “Really proud of the way we started but we didn’t sustain it. I thought we played hard but too many mistakes. We’re a young football team so we are going to get better the more we play.”

Porter-Gaud hosts Hammond Academy as the football team opens the season at home.