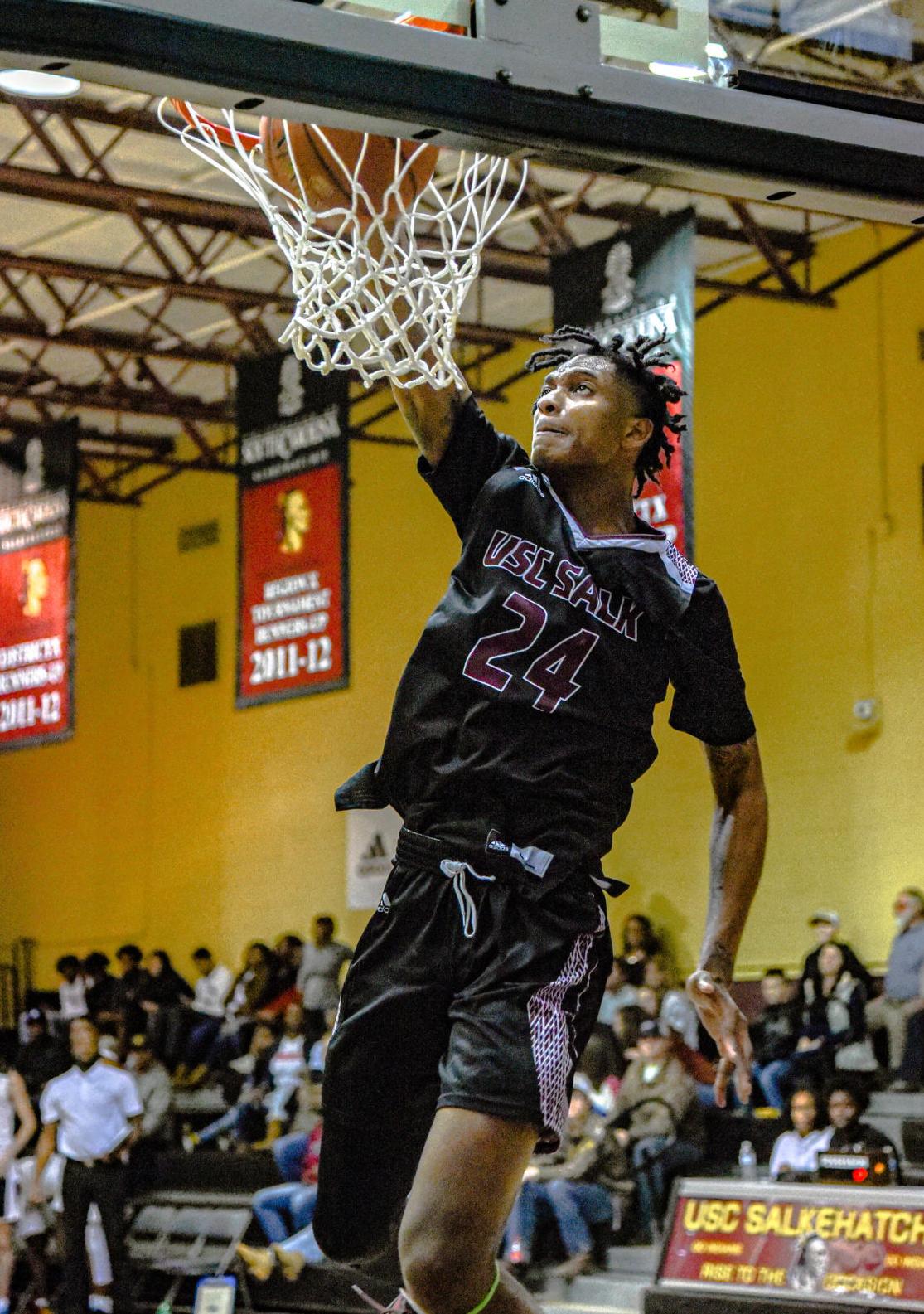 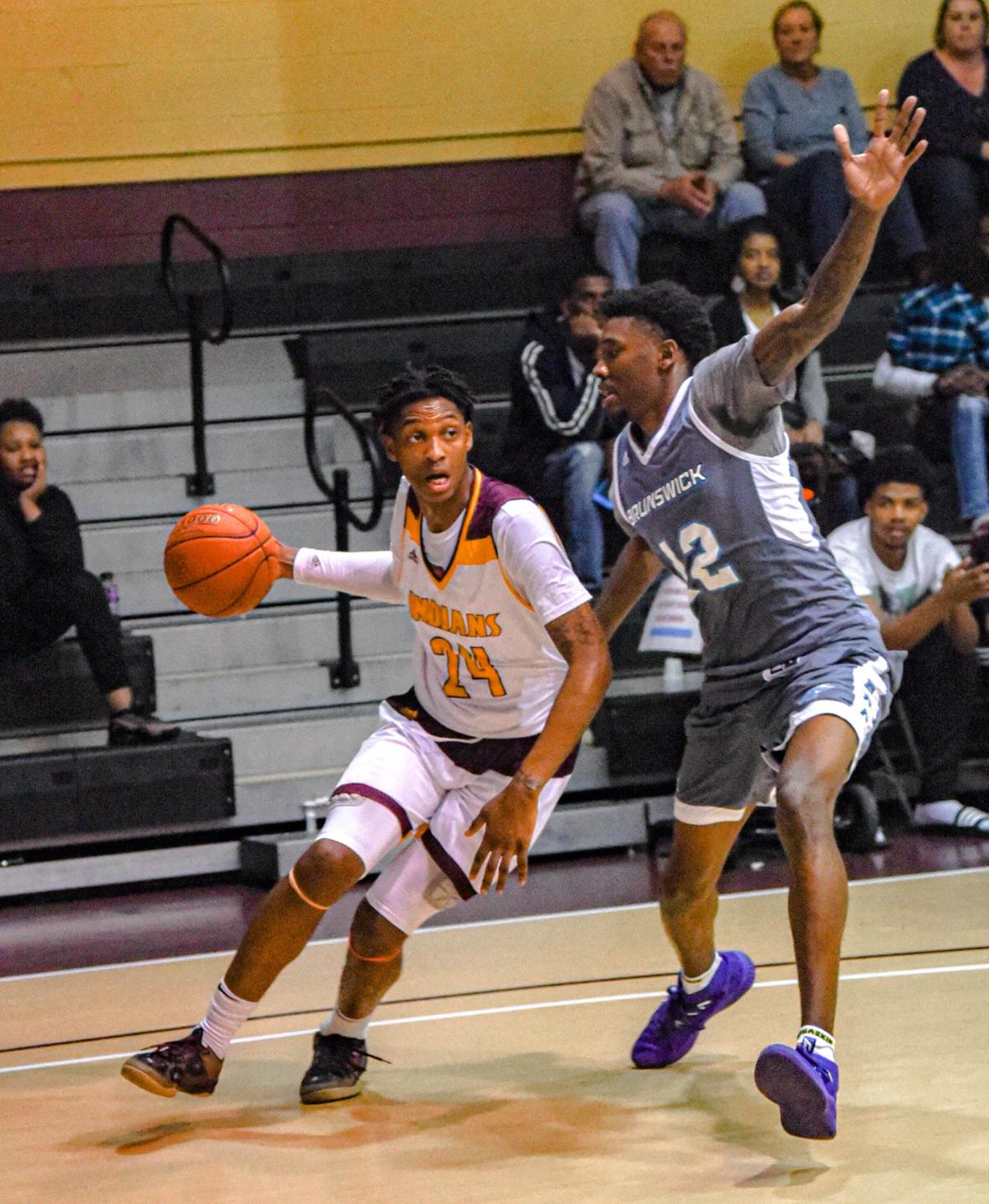 Charleston native and USC Salkehatchie star Vince Cole hopes coronavirus won't stop him from competing in the NJCAA tournament. Here, he dribbles by a Brunswick defender during the 2019-2020 season. USC Salkehatchie/Priovided 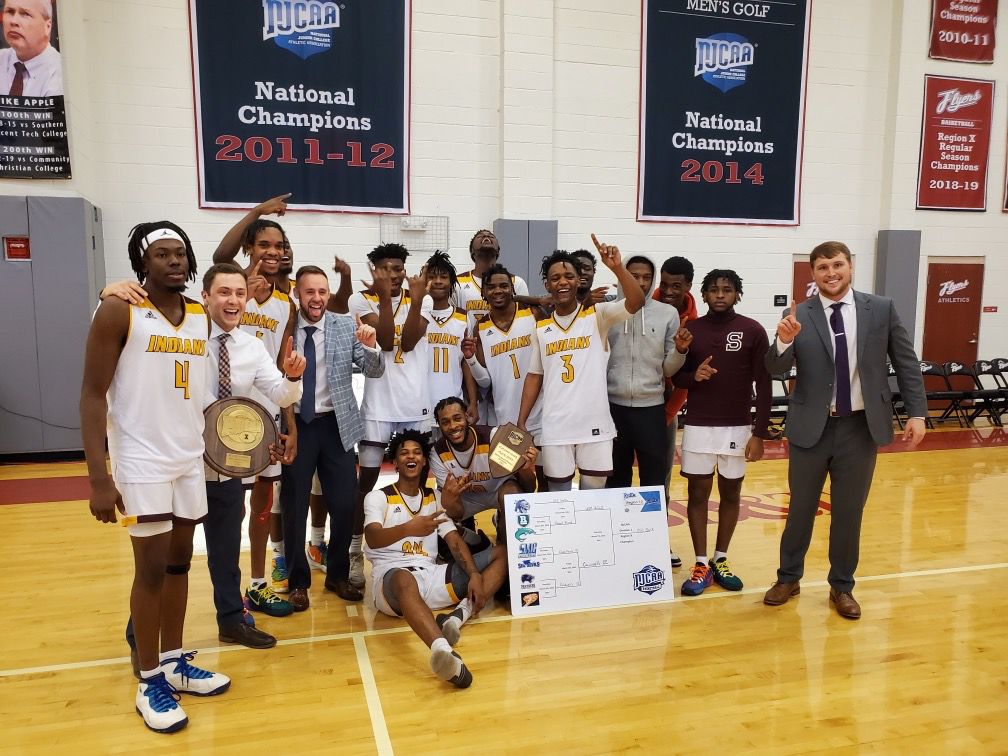 The USC Salkehatchie men's basketball team won their region and now hopes the coronavirus spread won't result in a cancellation of the NJCAA tournament. USC Salkehatchie/Provided

Charleston native and USC Salkehatchie star Vince Cole hopes coronavirus won't stop him from competing in the NJCAA tournament. Here, he dribbles by a Brunswick defender during the 2019-2020 season. USC Salkehatchie/Priovided

Jake Williams doesn’t want to think about it. At all.

But the head basketball coach at USC Salkehatchie has to accept the fact that Vince Cole might have played his final game for the junior college in Walterboro because of the coronavirus pandemic.

“I don’t even want it to cross my mind, but it’s reality,” Williams said.

Cole, a James Island native, was supposed to be traveling with his teammates Friday to Hutchinson, Kansas, for the National Junior College Athletic Association basketball championship tournament. Instead, the Indians will have to wait until April 20 to get back on the court, assuming the whole thing doesn’t get scrapped. On Thursday, the NCAA canceled the men's and women's basketball tournaments.

Regardless of what happens, Cole’s college basketball career is far from over. He’s accepted a full scholarship to play basketball at St. John’s, a Big East school in New York City.

“It’s really exciting for me. Not just because I’m going to St. John’s, but also because it shows what junior college can do for guys like me,” Cole said. “They don’t get a lot of shine, so I want people to know what USC Salkehatchie did for me.”

The former standout at James Island Charter was getting recruited by St. John's while in high school, but eventually committed to College of Charleston.

He attended USC Salkehatchie to get his grades up, and while there became one of the top junior college players in the nation.

“I went to see him play at James Island and I knew he was a big domino,” Williams said. “I knew if we could land Vince Cole, that would attract other high level guys to come here.”

Cole was recently named the 2020 Region 10 Player of the Year, an honor he also received last season. He’s averaging 21.4 points per game while shooting 51.8 percent from the field and 44.6 percent from 3-point range.

“I think I just became a better overall player this year, from my shooting to my leadership,” Cole said. “And we have a lot of guys here who can shoot and make plays, so it’s been a team effort.”

Cole led the Indians to a 27-4 record this season, including a 13-game win streak that they’ll take into April — if they play.

USC Salkehatchie will spend the next six weeks practicing and scrimmaging. Williams wants to make sure his team is ready to play.

If the Indians don’t get to play in the tournament, Cole said he’ll be disappointed because he wants to leave USC Salkehatchie as a national champion.

Still, the Lowcountry kid is satisfied with the legacy he’s leaving behind.

That goes double for his head coach. The NJCAA has Cole ranked as the fifth-best player in the country. Williams isn’t buying it.

"In my mind, he's the top player in the nation," he said.