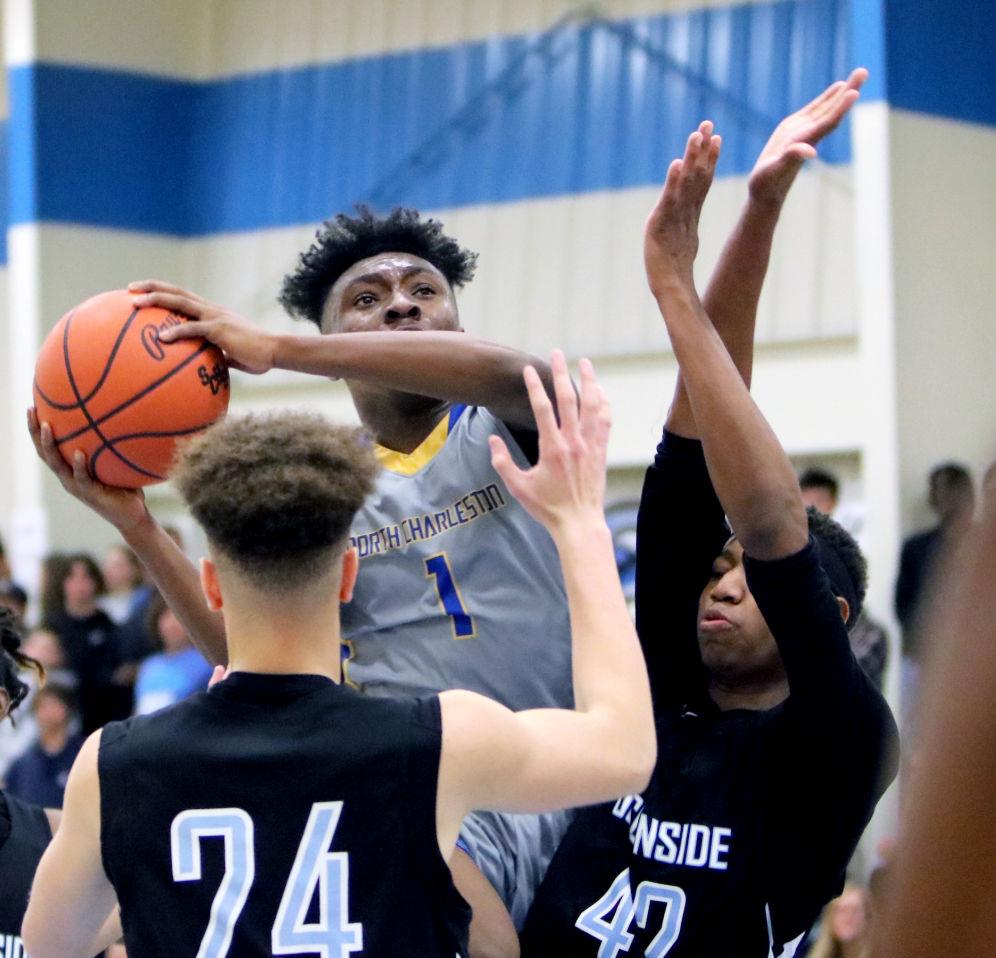 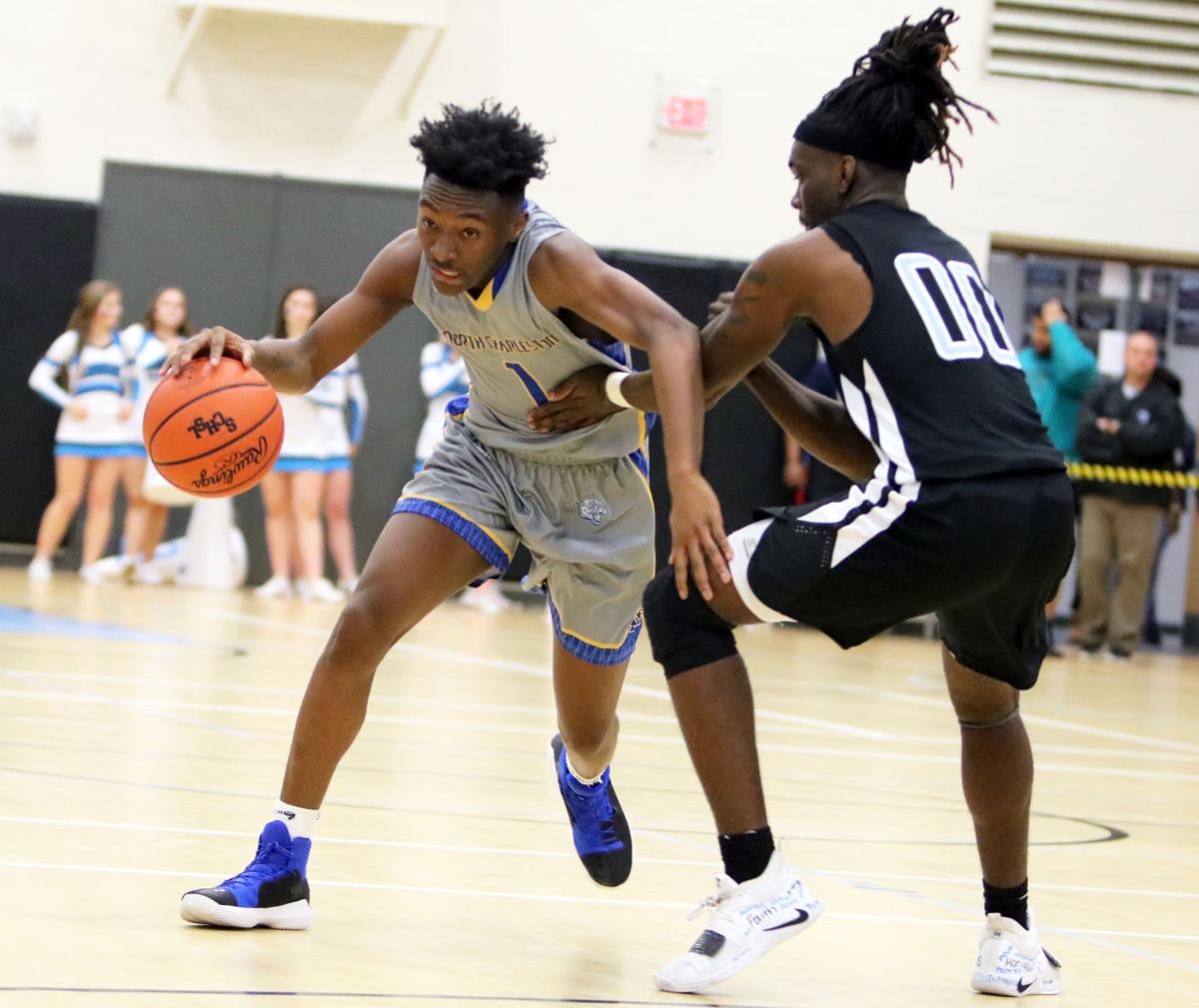 North Charleston senior Darjawuan "Doggie" Brown has been a member of the varsity team since his freshman year. Frankie Mansfield/Moultrie News

His birth name is Darjawuan Brown, but only his teachers call him by that name. To everyone else — friends, fans, classmates, teammates and opposing players — the North Charleston High School basketball star is known as "Doggie."

Brown, a senior guard for the Cougars, doesn’t remember exactly how he got the nickname, but says he vaguely remembers wearing a dog costume for Halloween when he was very young.

“People just started calling me Doggie when I was a really little kid and it just stuck,” Brown said. “I guess it’s easier to say and remember. It’s what I go by now. Everyone just calls me Doggie. I kinda like it.”

Whether its Darjawuan or Doggie, basketball types around the state know who he is. Brown is considered one of the top high school basketball players in the state, and his numbers back it up.

Brown, in his fourth season as a member of the Cougars' varsity team, was in 7th grade playing JV ball when he caught the attention of North Charleston coach Christopher Brown (no relation).

“He’s always been a really confident kid, never backs down,” the coach said. “You could see his sense of confidence right off the bat. He’s a relentless player with a high basketball I.Q.

"As he matured and grew up, he has just exploded as an overall player. He’s like my coach on the floor. We’ve been together so long, he thinks like me. He can call plays and get us into sets before I even make the call.”

At 6 feet tall, Brown is built more like a point guard, a position he often plays for the Cougars in crucial situations. However, he also is comfortable off the ball as a shooter. He creates his own shots by driving to the basket or floating around the perimeter.

“I’m comfortable playing either position,” Brown said. “Whatever is needed to help the team, I will do. I feel like I’m a scorer but sometimes it’s just as good to set my teammates up to score. Winning is all that matters.”

Scoring has never been a problem for Brown. He averaged 19.5 points per game as a sophomore, jumping to 26.1 points per game last season, earning first-team All-Lowcountry and Class AA all-state honors. He scored 53 points with eight 3-pointers in a loss to Oceanside Collegiate and scored at least 20 points in each of his last 15 games a year ago.

Brown, named one of the top five seniors in Class AA by the S.C. Basketball Coaches Association prior to this season, is averaging 25 points, 6.6 rebounds and 4.7 steals per game.

On Tuesday, in a victory over Stall, the Cougars overcame a 24-point halftime deficit to win by eight. Brown scored 23 points in the third quarter and finished with 28.

“He’s really focused right now,” coach Brown said. “He’s a humble kid, too. He’s not even on social media of any kind. Imagine that for a high school kid. He just shows up to get better every day and he’s a great leader on our team.”

The Cougars are 8-4 and are expected to contend for the Region 6-AA championship, battling Burke and Oceanside Collegiate. For Brown, his final season on the high school hardwood is his last chance to win a state championship.

“Going for the ring, nothing less,” he said. “We have a really good team and if we stick together and play together, we have a shot.”

As for the next level, Brown says Mercer and Appalachian State are two Division I schools showing significant interest.

High school basketball gets down to business after holiday tournaments

The Bishop England boys and Goose Creek girls look like the strongest high school basketball teams in the Charleston area.