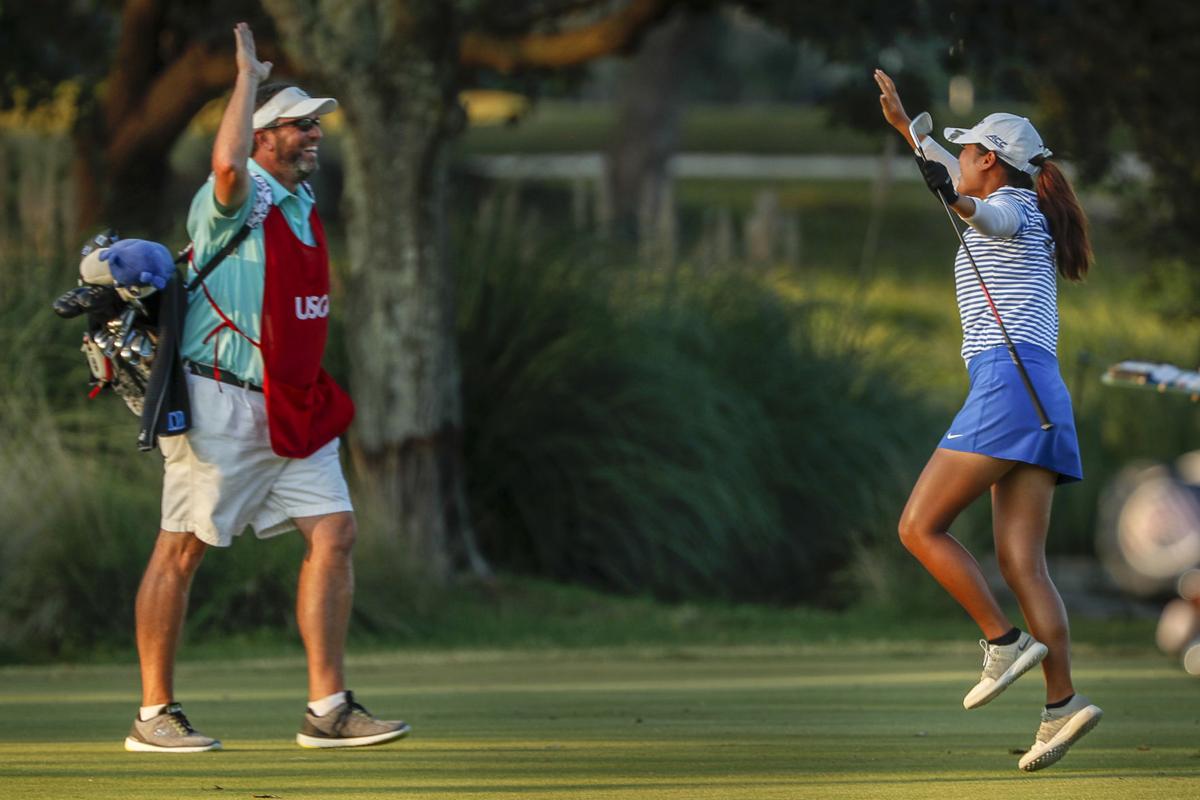 Gina Kim eagles the eighth hole from the fairway during the first round at the 2019 U.S. Women's Open at Country Club of Charleston in Charleston, S.C. on Thursday, May 30, 2019. (Copyright USGA/Chris Keane) 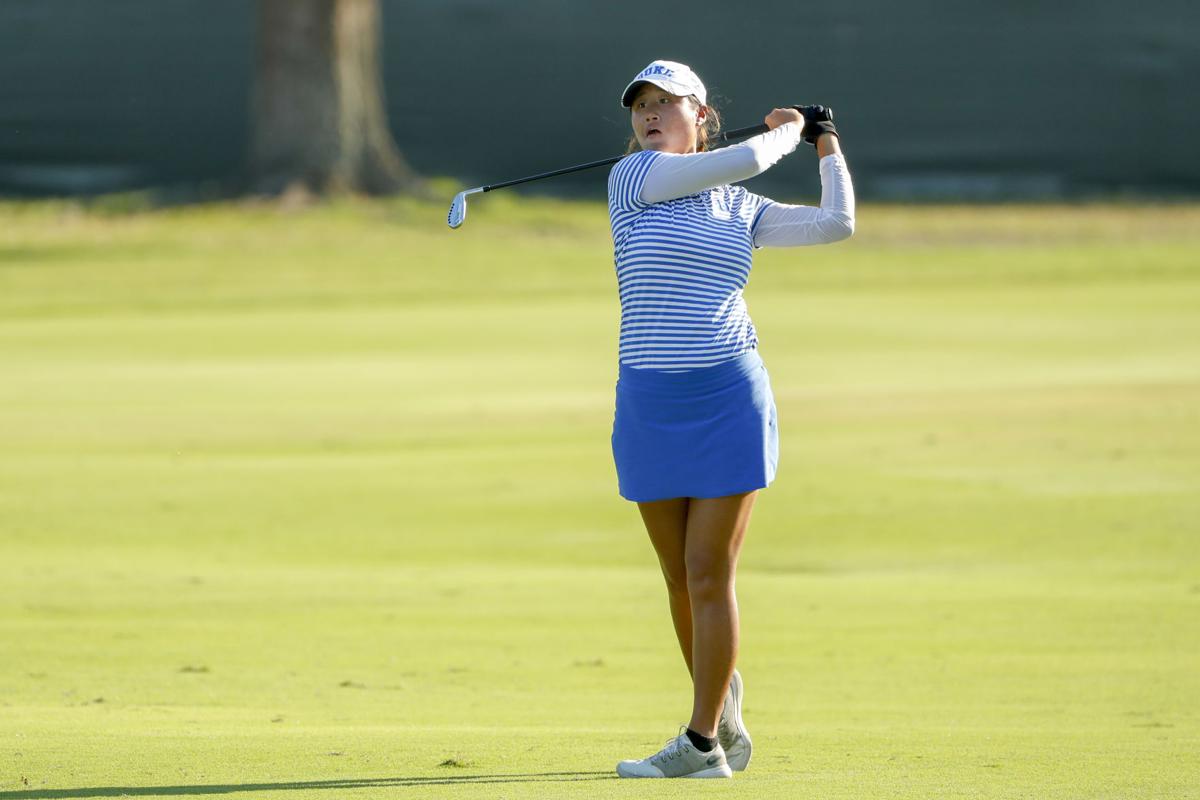 Gina Kim hits a shot on the fourth hole during the first round at the 2019 U.S. Women's Open at Country Club of Charleston in Charleston, S.C. on Thursday, May 30, 2019. (Copyright USGA/Chris Keane) 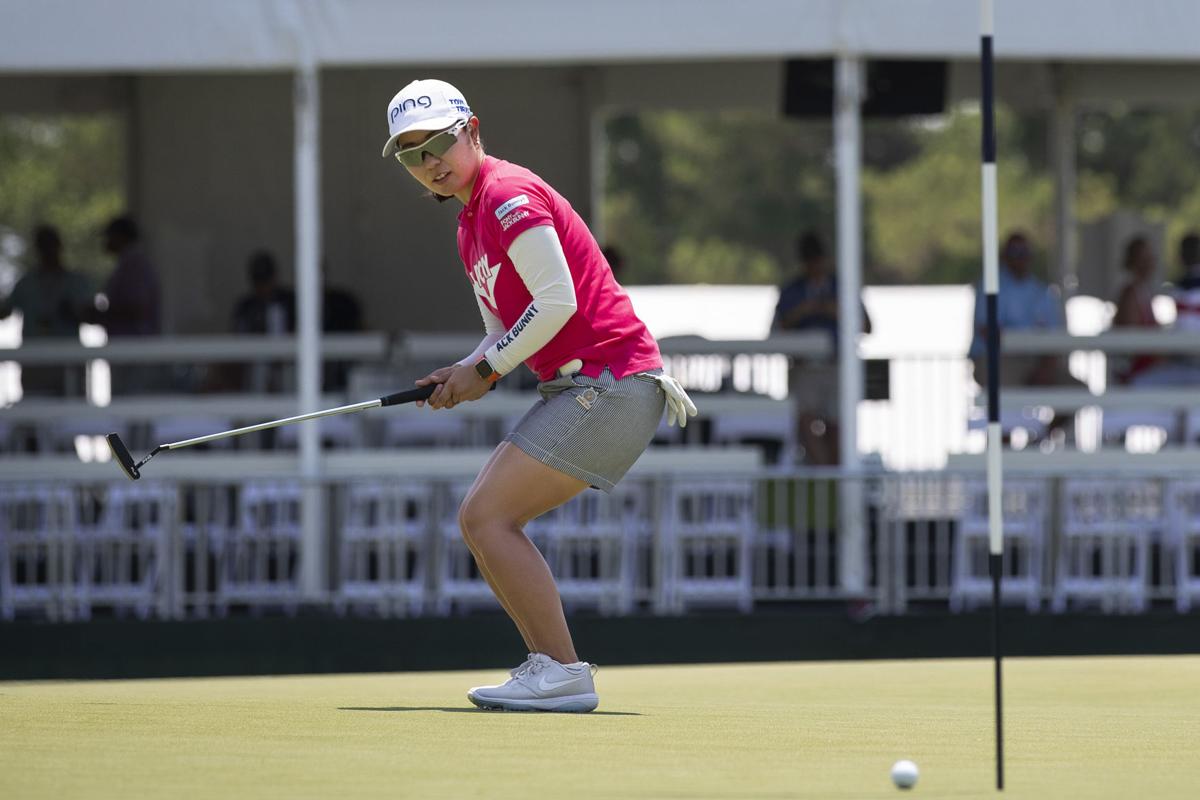 Japan's Mamiko Higa putts on the 18th hole during the U.S. Women's Open at the Country Club of Charleston on Thursday, May 30, 2019. Lauren Petracca/Staff 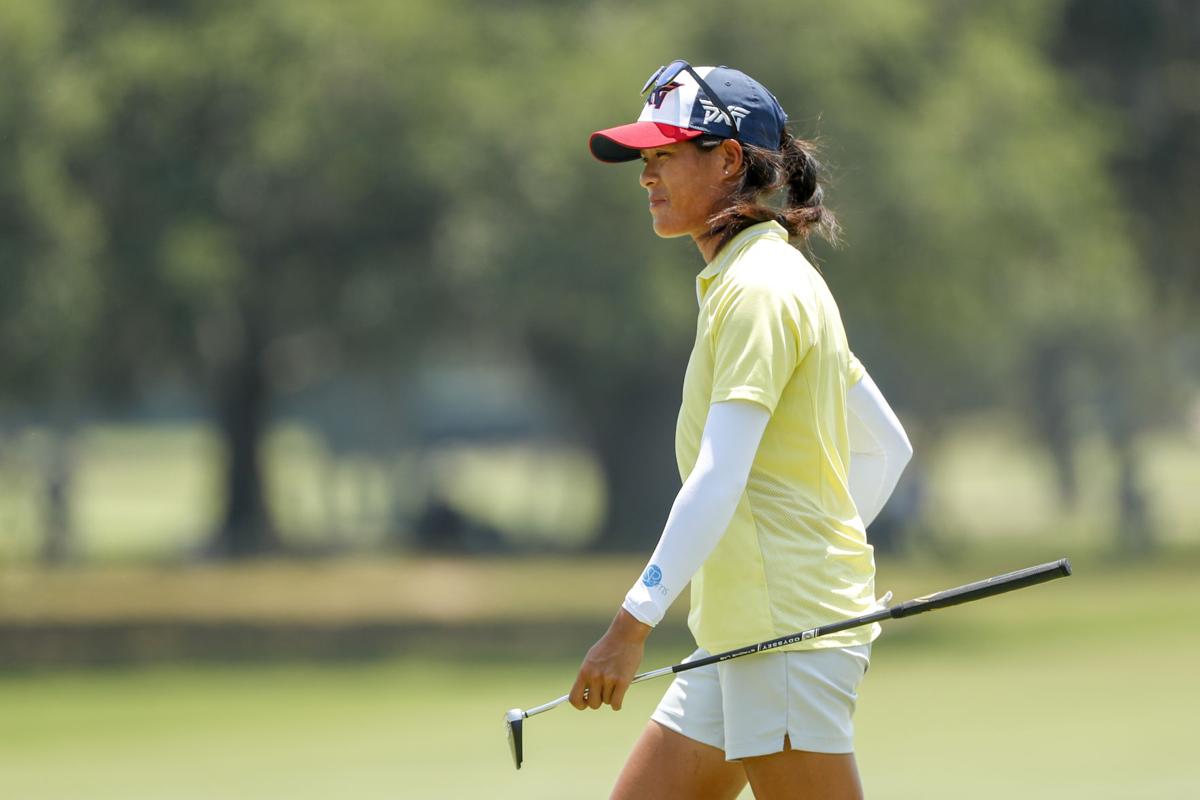 Celine Boutier walks onto the 18th green during the first round at the 2019 U.S. Women's Open at Country Club of Charleston in Charleston, S.C. on Thursday, May 30, 2019. (Copyright USGA/Chris Keane)

Gina Kim eagles the eighth hole from the fairway during the first round at the 2019 U.S. Women's Open at Country Club of Charleston in Charleston, S.C. on Thursday, May 30, 2019. (Copyright USGA/Chris Keane)

Gina Kim hits a shot on the fourth hole during the first round at the 2019 U.S. Women's Open at Country Club of Charleston in Charleston, S.C. on Thursday, May 30, 2019. (Copyright USGA/Chris Keane)

The Fox TV cameras had shut down and much of the crowd at the Country Club of Charleston had fled the heat when Gina Kim knocked the first round of the U.S. Women's Open sideways.

Kim, a freshman at Duke and fresh off the Blue Devils' NCAA championship last week, finished eagle-birdie just before sunset to rocket into a tie for second place after the first 18 holes of the 74th edition of the oldest major championship in women's golf.

The 19-year-old Kim, who still sports braces on her teeth, holed out an 8-iron from 141 yards on the eighth hole, and followed that up with a two-putt birdie on the par-5 ninth, her last hole of the round.

Her 3-wood from 252 yards at No. 9 nearly hit the flagstick for what might have been a double-eagle finish.

Kim also drained a bunker shot for birdie on No. 17 for a 5-under-par 66 that tied her with 20-year-old German Esther Henseleit for second.

The pair is one shot behind leader Mamiko Higa of Japan, a 25-year-old whose 6-under 65 was the best score ever for an Open debut. Frenchwoman Celine Boutier, 25, is fourth at 67.

“It feels amazing,” said Kim, whose parents are professors at Duke rival North Carolina. “It's something that I dreamed of as a little girl. Being able to finish that strong shows me that I'm ready to be here and I'm definitely ready to do whatever I can to keep myself in it.”

Kim, who finished fifth at the Darius Rucker Intercollegiate in March, was between clubs on the 394-yard eighth hole.

“I said, how about we try an 8-iron and grip down on it, a little chippy shot,” Kim said. “It felt solid, but I didn't realize it went in the hole until people at the green started screaming. It was just a blessing and came out of nowhere.”

The Country Club's 6,535-yard layout, playing to a par of 71 this week, acquitted itself  well in its major championship debut. Only 24 of the 156 players in the field finished under par, and the average score was 73.72.

The infamous par-3 No. 11 lived up to its rep, and was the most difficult hole with a stroke average of 3.47.

Defending champ Ariya Jutanugarn of Thailand had to birdie two late holes to get in at 1-over, even with world No. 1 Jin Young Ko.

American Stacy Lewis, winner of two majors, struggled to a 6-over 77 with two double bogeys. Cristie Kerr, with 20 LPGA wins and two majors, made three sixes on the front nine for 76.

Canadian star Brooke Henderson took two shots to escape a fairway bunker on No. 6 and scrambled for a 1-over 72.

“The pins were not easy and the winds were making it tough. As the course dries out, it's just kind of a guessing game,” said American Jessica Korda, who tied her sister Nelly in a group of seven players at 2-under 69.

Top-ranked American Lexi Thompson, in at 1-under 70, used par saves at the reverse Redan No. 11 and par-5 15th to keep her round alive, then birdied Nos. 6 and 7 coming in.

"I feel it's been a great fit for the U.S. Women's Open," Thompson said of the Country Club. "I think it's great for spectators ... For us, I think it's a really good layout. It can definitely play long, especially if the wind gets up.

"It's a great layout and it's in absolutely perfect shape for us."

It was the quartet of young, relative newcomers who best handled the conditions – at least for one round.

"(The course) has got wide fairways,” said Higa, whose fiance is a famed sumo wrestler in Japan named Ikoi Shota. “Once you get in the green and just going -- it's a lot of tricky holes -- so some easy holes and some tricky holes. So having fun right now playing these holes.”

Henseleit squeaked into the field as an alternate in her first Open. Boutier, like Gina Kim, also won an NCAA title at Duke.

“I think the greens are the difficult part of this golf course. I mean, it's not that long, but you can lose many shots if you're on the wrong side of the pin,” said Henseleit, who is playing in the U.S. for just the second time.

All three played in the morning, and scoring only grew more difficult as the course baked in the wind, sun and heat. Just three players in the afternoon wave – Spain's Azahara Munoz, along with Kim and Jessica Korda – could crack the top of the leaderboard.

Munoz birdied three straight holes on the back nine to tie Korean star Sei Young Kim for fifth at 3-under 68.

The U.S. Women's Open Championship kicked off at the Country Club of Charleston on May 30, 2019.

Marina Alex stood on her tip toes, deep in the cavernous bunker that drops down from the right side of the 11th green at the Country Club of C…