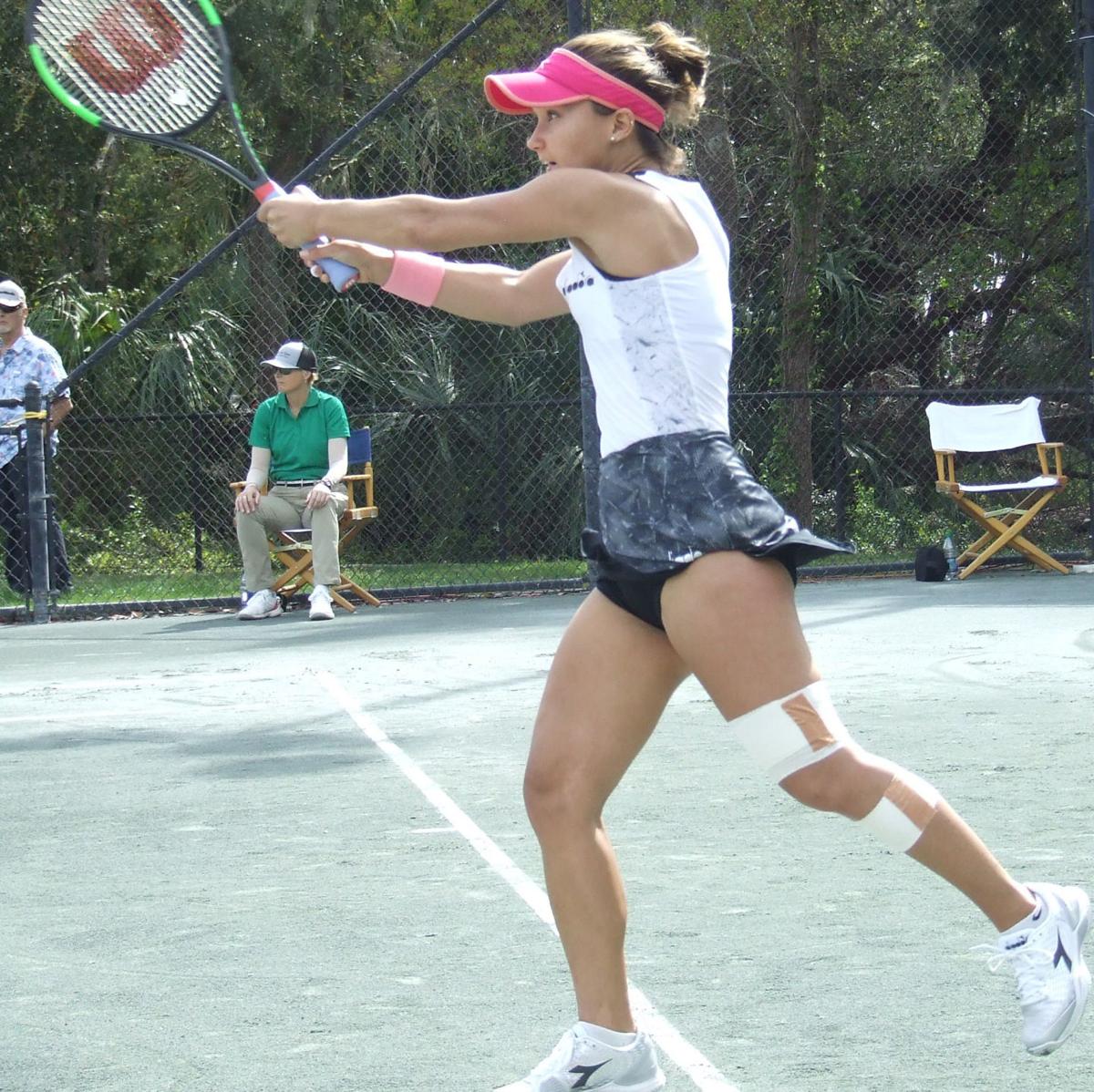 Lauren Davis hits a backhand during her VCO qualifying win on Saturday. 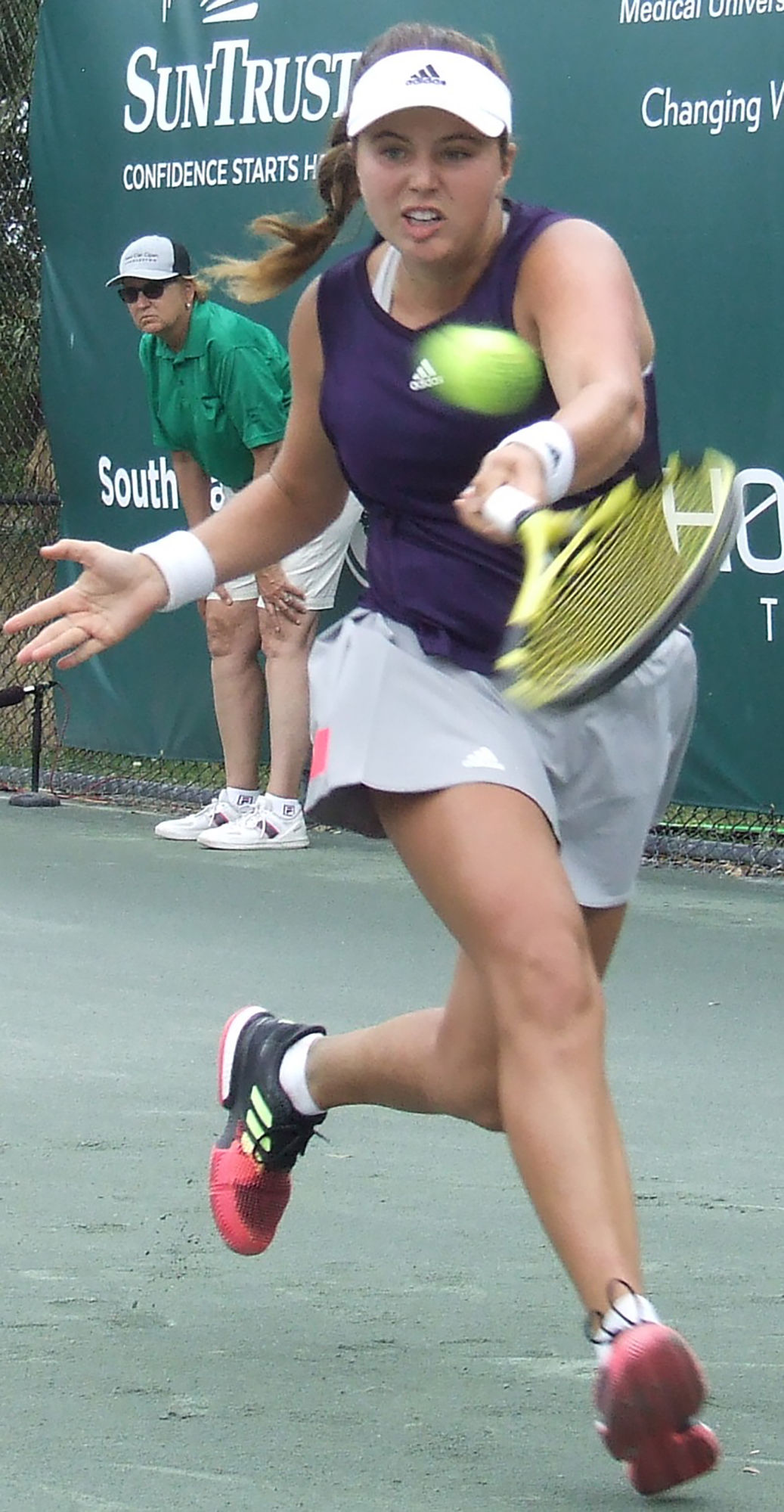 Lauren Davis hits a backhand during her VCO qualifying win on Saturday.

Lauren Davis may look like one of those slim and rather short basketball players we are seeing so much on TV with tape on their legs. But this 5-2 wonder has amazing power for a player her size.

"I don't think I've grown any since I was 12 years old," she said Saturday after a sparkling performance in scoring a 7-6 (2), 6-2 win over Lyudmyla Kichenok of Ukraine in the first round of qualifying for the Volvo Car Open that starts on Monday.

Davis, the 12th seed in qualifying, has been ranked as high as 26th in the world, but she has seen her ranking drop to 199th in the world. As a result, a crowd of 7,521 at the Family Circle Tennis Center had a chance to pop into the Althea Gibson Club Court to see a player almost no one might have expected to see in qualifying.

"I'm in the process of getting my ranking back up. About a year ago, I took six months off. I had a lot of points to defend then," said the 25-year-old Ohio native, who now trains in Boca Raton, Fla.

The tape above and below her left knee was just "preventative."

"My legs are pretty strong," she said. "I would say my legs are my strength."

That explains the power.

Davis wasn't surprised she played so well, or sparkling. She demonstrated amazing consistency and accuracy while booming backhands and forehands to all corners of the court.

Day has her day

Kayla Day has a Junior U.S. Open singles title. The crafty left-hander was expected to take the WTA Tour by storm.

It hasn't happened. The Santa Barbara, Calif., 19-year-old is ranked No. 368 in the world. But you would never know it by her play on Saturday in the opening round of the VCO qualifying tournament.

Of course, it was a three-setter. That's the only thing she has ever played in her three trips to Family Circle Tennis Center. And she won one of her four career three-setters here for the second time.

Day let the second set get away from her after appearing to be in control of the match and headed for a straight-set win. But seventh seed Bibiane Schoofs of The Netherlands wouldn't surrender easily.

"It was a really long match . . . a lot of long points," Day said. "She was a really good fighter. Every time I thought I had won the game, she came up and hit an amazing ball.

"I have had a lot of close matches here. Every single match I've played in Charleston at this tournament has been three sets," Day pointed out.

Day was impressed by the crowd support. "It was the first round of qualies, and support was amazing. Not many tournaments have first-round support like that in the qualies. It felt like the final today. The fans really pushed me here," she said.

Qualifying will wrap up on Sunday, with the eight second-round winners advancing to the VCO main draw that will start on Monday.

Ashleigh Barty of Australia, the world's 11th-ranked player, withdrew from the VCO on Friday.

"I’m extremely disappointed to not be able to compete this week in Charleston. It’s a beautiful tournament with the most passionate and caring fans," Barty said.

Reach James Beck at jamesbecktennis@gmail.com. See his latest columns on the Grand Slams at ubitennis.net/author/james-beck.