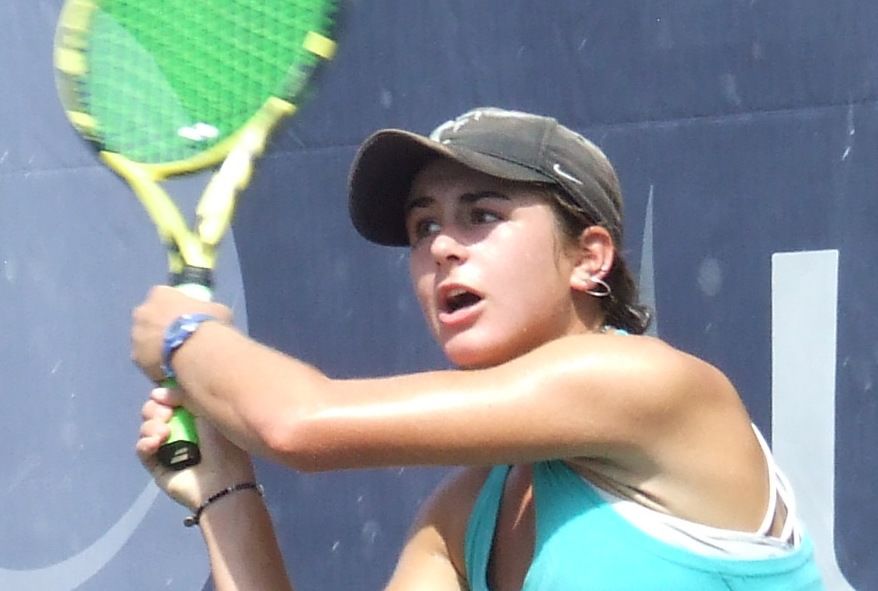 Emma Charney is ranked No. 5 nationally in girls 16 and No. 2 in Southern 18s. Provided/James Beck 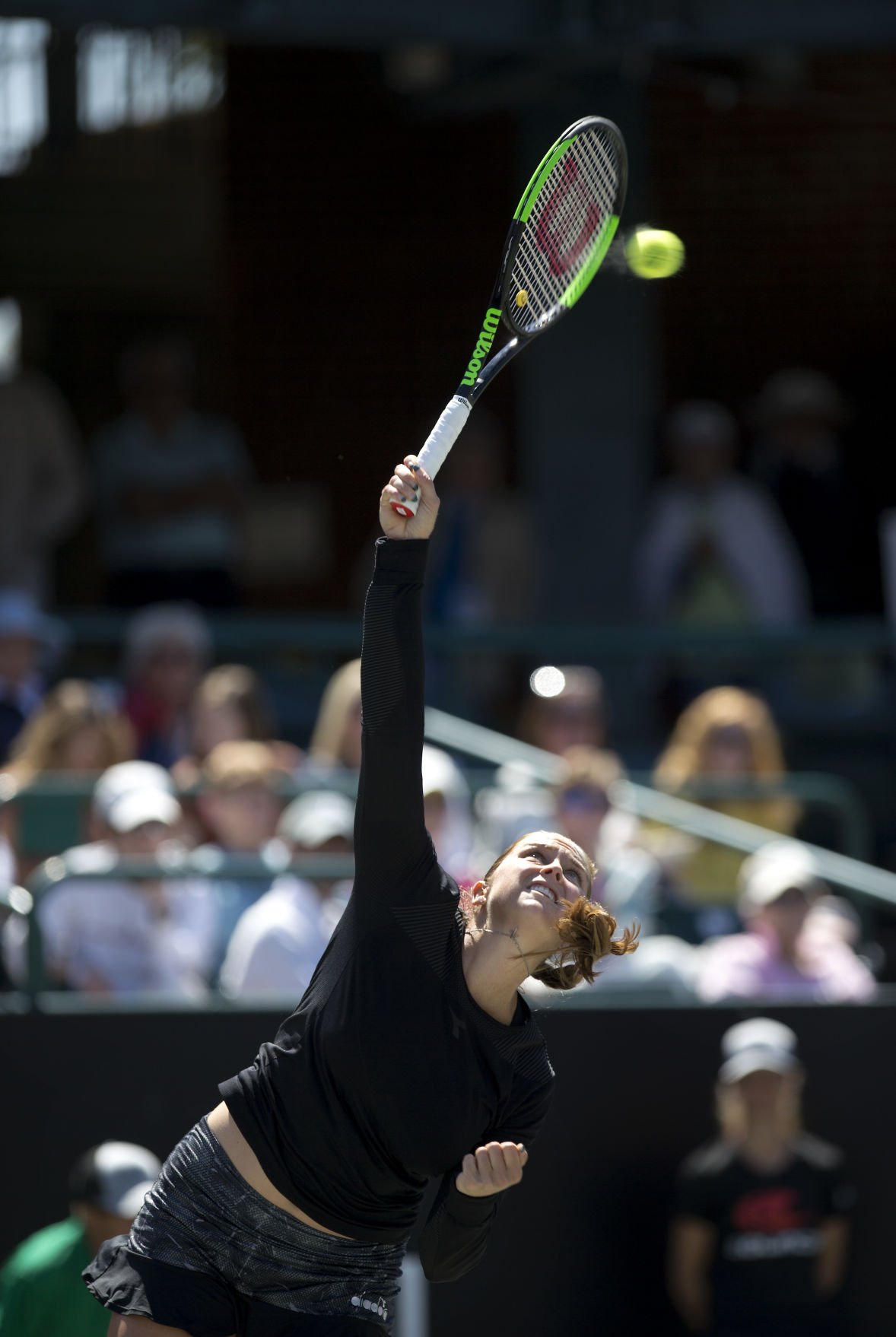 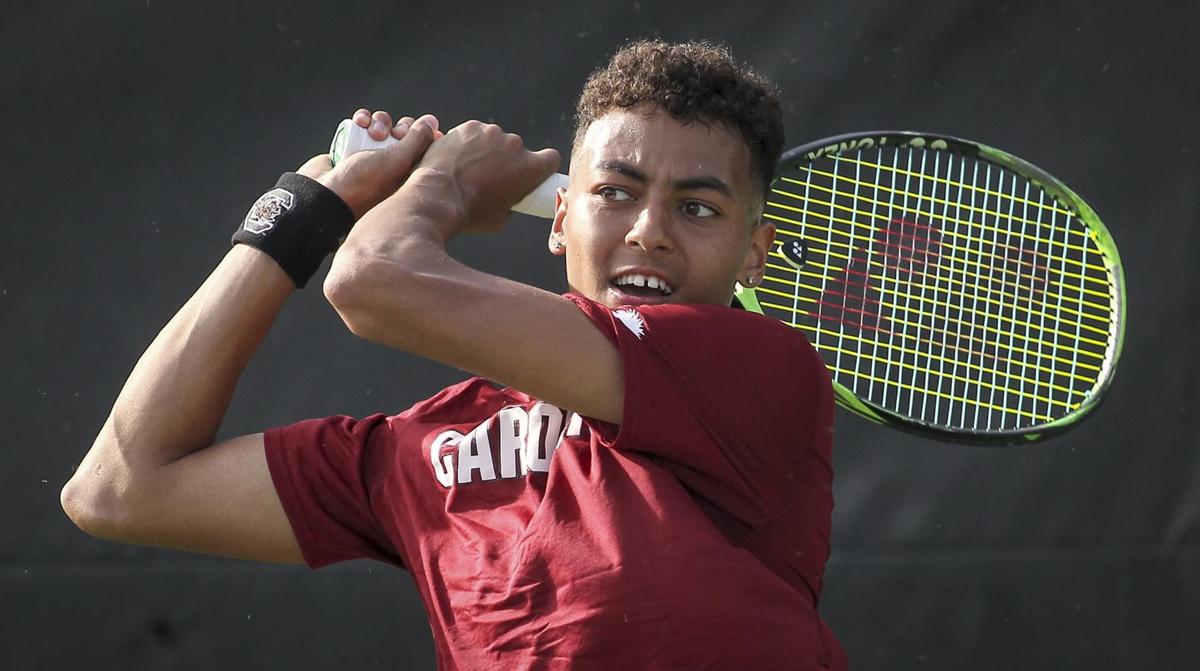 But take one look at the continually upgrading DI Club, and anyone would have to be impressed with its gem of a tennis complex.

Ben Cook is wrapping up his 11th year as the DI Club's tennis director. And he is seeing tennis maybe starting to rival golf there.

"The two golf courses get a lot of recognition," Cook said. "But tennis is getting really good numbers in participation, and the owners are putting a lot of money into the tennis complex."

That includes five new tennis courts, of which four sparkling clay courts have taken over the old parking lot in front of the tennis clubhouse. The first look, and last, at the tennis facility is now impressive.

Altogether, there are now 13 clay courts and two hard courts, plus one grass court that is being groomed by the golf staff.

"We've got nearly 400 active tennis players. Everything is full some mornings."

A former University of South Carolina tennis standout himself, Cook is happy to see Englishman Paul Jubb representing his alma mater as an NCAA singles champion. "I think it has been great for the (USC) program," Cook said.

"Coach (Josh) Goffi has done a good job (at USC), very reminiscent of his old coach, Chuck Kriese, at Clemson. It's not surprising to see him take a diamond-in-the-rough kid (like Jubb) and turn him into a world-class player."

Rogers not in open

Shelby Rogers didn't make the direct entry list of the upcoming U.S. Open and there is no guarantee that the USTA will award the 26-year-old Charleston touring professional a wild card into qualifying.

Rogers is using the seventh of her 12 protected ranking entries to enter the 32-draw Citi Open in Washington, D.C., that starts Monday. Rogers is scheduled to play world's No. 2 doubles player Kristina Mladenovic of France in Citi's first round of singles. They have split two previous meetings.

Rogers also will use her eighth protected ranking to enter qualifying for the Rogers Cup in Toronto the following week.

Who is next in line to carry Charleston junior tennis to global stage?

But that's what 14-year-old Piper Charney and 16-year-old Emma Charney in the Southern 14s and 16s age groups have achieved in the latest Southern rankings.

"It's crazy," said Emma Charney, who also is ranked No. 5 nationally in girls 16 and No. 2 in Southern 18s. "I never thought this would've happened, but we still have a lot more work we need to do."

The older Charney lost a tight three-setter to eventual champion Gabriella Price of Boca Raton, Fla., in the quarterfinals of the Girls 18 National Clay Courts. Charney got as close to the finish line as two points away.

Emma Charney also should be one of the higher seeds in the national hard courts' girls 16s that start next weekend in San Diego. The 16s singles champion will earn a berth in the main draw of the Junior U.S. Open.

Emma Navarro remained the highest-ranked local player in the national rankings with a No. 4 in girls 18, despite playing a light USTA junior schedule this year. She will be one of the favorites to win seven matches (after first-round byes) to claim the girls 18 crown. That would be worth a wild card in the main draw of the U.S. Open.

The runner-up will receive a berth in the U.S. Open qualifying tournament.

With the size of the draws and the competition, it will be a brutal week in San Diego in both 16s and 18s girls.

Navarro will be playing doubles with regular partner Chloe Beck in San Diego where the 18s doubles champions (six wins after first-round byes) will earn a berth in the U.S. Open doubles main draw, but it must be with the same partner. At this point, however, Beck does not plan to play the Junior U.S. Open with Navarro, due to Beck's approaching enrollment at Duke University.

Carson Baker is the only other local top 10 player nationally as the No. 10 in boys 14. Max Smith and Simon are the highest ranked other boys nationally, both ranked 19th in boys 16s and 18s, respectively.

Navarro will be joined in San Diego for the girls 18 national hard courts by Ross and Schneider.

Charney will be joined in girls 16 in the hard courts by locals Gretkowski, Mattie Dermody, Meggie Navarro, Whitley Pate and Sophie Williams. Gretkowski, who took fifth place in singles and third place in doubles (with Ross) in the national clay courts, also should be a top girls 16 contender in San Diego with a No. 17 national ranking.

In boys Southern top 10 rankings other than Smith and Simon, Baker is third in 14s, Mitchell Deames is third in 16s, Ian Rasheed is sixth in 16s and Sawyer Severance is No. 9 in 12s.

Smith is riding a hot streak, at least in doubles where he won the national clay courts boys 16 doubles crown last week in Delray Beach, Fla., with Ben Shelton of Gainesville, Fla.

The Randy Pate Tennis Academy sparkles with its group of singles stars, but the doubles success coming out of LTP Tennis can't be overlooked.