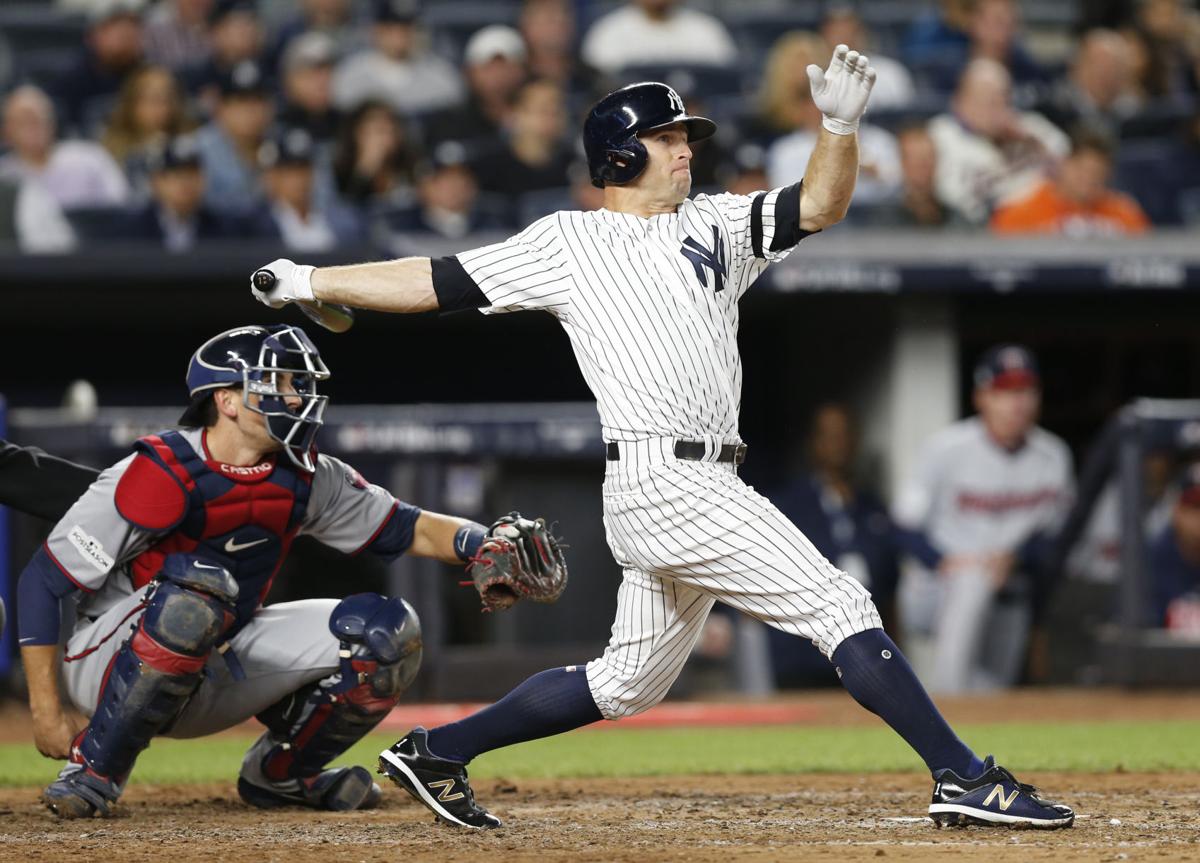 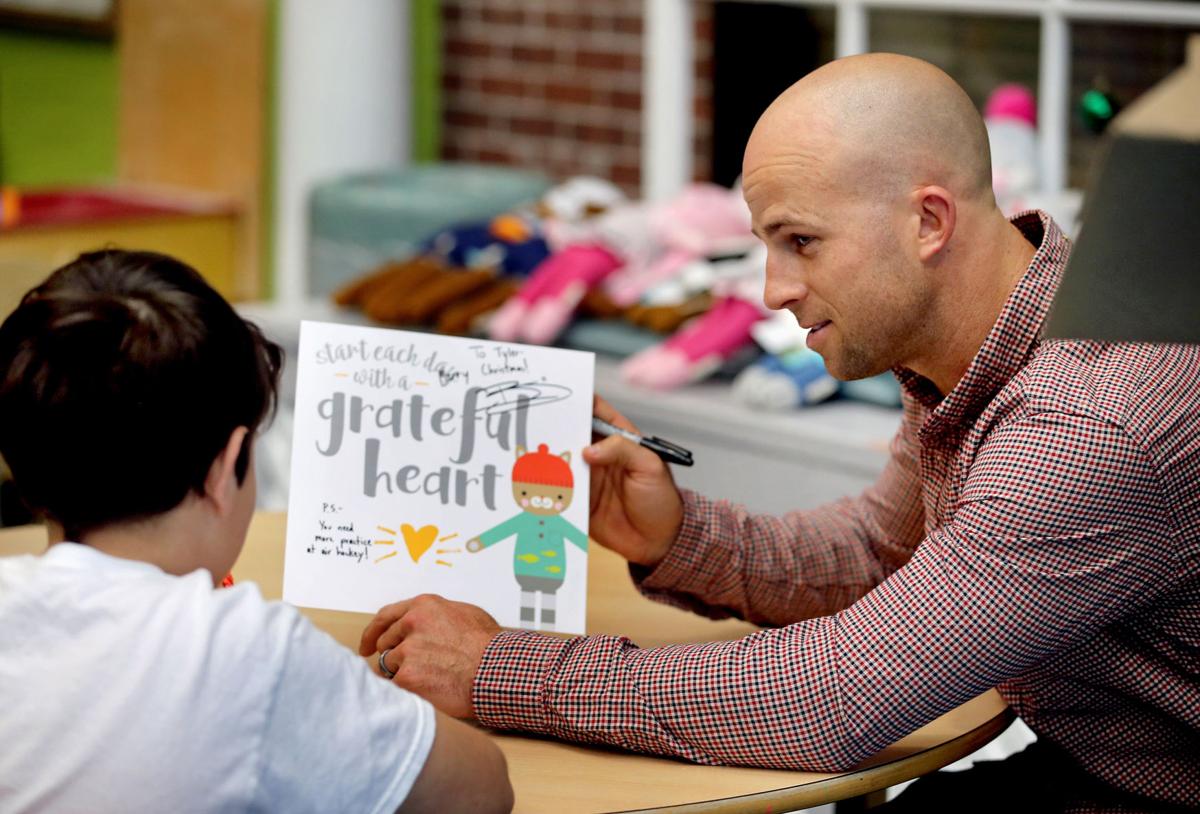 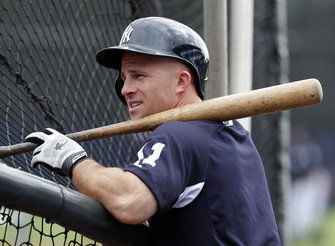 Brett Gardner’s next game will be No. 1,500 as a New York Yankee. Only 17 players have appeared in pinstripes more times. File/AP

TAMPA — As sure as Tampa has exquisite Cuban breakfasts and lots of retirees driving around too slowly in convertibles, there is absolutely no good reason why Brett Gardner isn’t honored this spring as the New York Yankees’ official team captain.

Maybe they want extensive space between Derek Jeter’s leadership tenure (2003-2014) and the next iconic guy.

Perhaps they don’t like anointing someone — no matter the 1,499 games and 11 seasons in pinstripes — with a one-year contract.

The Yankees, after all, have gone long stretches before without an official captain, as from 1995 to 2003 between Don Mattingly and Jeter.

But what’s in a title?

“I love Gardy. He plays the game the way the game is meant to be played,” said Randolph, a longtime Yankees second baseman and coach who was born in the Orangeburg County farming town before moving to the Brownsville section of Brooklyn, N.Y., as a little kid.

With pitcher CC Sabathia retired, Gardner, a 36-year-old former Holly Hill Academy and College of Charleston outfielder, is the only active Yankee who played on New York’s last World Series championship team in 2009.

Respect for Gardner is apparent from his corner locker spot in the clubhouse to a palpable reverence from younger teammates.

“Gardy is one of the best teammates I’ve ever had,” said catcher Kyle Higashioka, one of the Yankees’ many ex-Charleston RiverDogs. “If you come up here as a new guy, you’re a little uncomfortable. You want to be accepted by the established veterans. Every guy that comes up, he makes them feel like they’re at home.”

That’s captain-type stuff that makes the Yankees better even when they’re not on the diamond.

“Gardy is the heart and soul of this team,” said Tyler Wade, who has played four positions over three seasons with New York. “He’s been like my second father. He took me under his wing when I first came to big-league spring training and when I first came to the big leagues. He’s one of my favorite teammates ever.

Sapakoff: Two Gamecocks in the Yankees' pitching rotation? Maybe so.

“He understands everybody. He leads by example. He’s a model teammate.”

Some of that Gardner got from a great family. Jerry Gardner, Brett’s dad, played four seasons in the Philadelphia Phillies' organization before settling down to farm 2,600 acres of corn, soybeans and cotton.

Other examples came from former Yankees. Gardner paid attention to everything Jeter, Jorge Posada, Mariano Rivera and Alex Rodriguez said when he was finding his way around New York.

“It’s just like anybody, not just baseball players: You learn from life and you take bits and pieces from different people,” Gardner said in the Yankees dugout. “But I’ve been very fortunate here to be in that room with a lot of very special guys. They had a lot of success on the field but were special people off the field, too.”

“You just learn how to play the Yankee Way,” Randolph said. “That’s what it boils down to. It’s tough to describe what that means, but it means something. It grows on you. You feel your calling.”

Gardner’s version of the Yankee Way message has been adjusted and massaged, customized for individuals but as broad as The Bronx. As Jeter did when Gardner came up in 2008, Gardner explains to his young teammates what it means to be a member of the most famous organization in American professional sports, how the New York media works, how to limit distractions.

“Any time you take a kid from the minor leagues and you bring them up to New York and to Yankee Stadium, it can be an overwhelming process,” Gardner said. “The Yankees do a great job in the minor leagues of getting guys acclimated to big-league life but, for me, I was grateful for the veterans welcoming me in early on.”

The career numbers, very captain worthy, are getting a little ridiculous:

By the way, those 28 home runs last season?

“I love this team,” Gardner said. “I love the group of guys we have. It’s a very similar team to the ones we’ve had the last few years knocking on the door and getting back to a World Series and being that last team standing. Obviously, getting a pitcher like Gerrit to come in to anchor our rotation, that’s big.”

Of course, you want off-the-field contributions from a Yankees captain.

The Yankees are well aware of how Gardner and his wife Jessica have charged into charity work in New York and from their offseason home in Summerville.

Twice, he has been the Yankees’ nominee for the Roberto Clemente Award, which annually goes to the Major League Baseball player that demonstrates extraordinary community service.

Among other things, Gardner has spent time in Charleston with the MUSC Children’s Hospital and Ronald McDonald House, and in 2016 surprised 100 members of 15th Airlift Squadron with a Thanksgiving lunch at the Charleston Air Force Base.

“It couldn’t be understated how much Brett Gardner does for this team,” said Clarke Schmidt, a former South Carolina Gamecocks pitcher and 2017 Yankees first-round draft pick who is in big-league spring training camp for the first time. “Anything leadership-wise, he does it. He takes the reigns. That’s the guy you look to, especially for younger guys, as someone you want to emulate.”

“It seems like Gardy has been a Yankee forever,” Montgomery said. “For how long exactly?”

Almost 12 years since Gardner made his MLB debut on June 30, 2008, against Texas at Yankee Stadium. He started in left field and was the leadoff hitter in a lineup that included Jeter, Posada, Rodriguez, Robinson Cano, Jason Giambi and Mike Mussina (former RiverDog Josh Hamilton was the hitting star in a 2-1 Rangers win).

“You spend a little time around him,” Montgomery said, “and it’s easy to see why he’s been here that long.”

Willie Randolph was on a Thanksgiving Day float rolling through Holly Hill the first time he met Brett Gardner. The town was honoring a native son who had helped the Yankees win World Series titles as both a player and a coach.

A parade of local youth league baseball teams was part of the show.

“Years later, when Brett first came up to the Yankees, he said, ‘Mr. Randolph, remember me? I met you at that Thanksgiving Day parade?’ ” said Randolph, who still serves as a Yankees spring training instructor. “I said ‘Oh, sure,’ but I didn’t really remember him.”

Gardner got a second chance at a first impression.

“He’s always had those leadership qualities,” Randolph said. “You could see that right away.”

True, you don’t have to be the “captain” to be the captain.

But it would be nice if the Yankees gave the heart and soul of the team — the perfect leader — the title everyone in the organization knows he deserves.

Brett Gardner by the numbers

100. Members of 15th Airlift Squadron who attended a surprise Thanksgiving lunch presented by the Gardner family at the Charleston Air Force Base in 2016