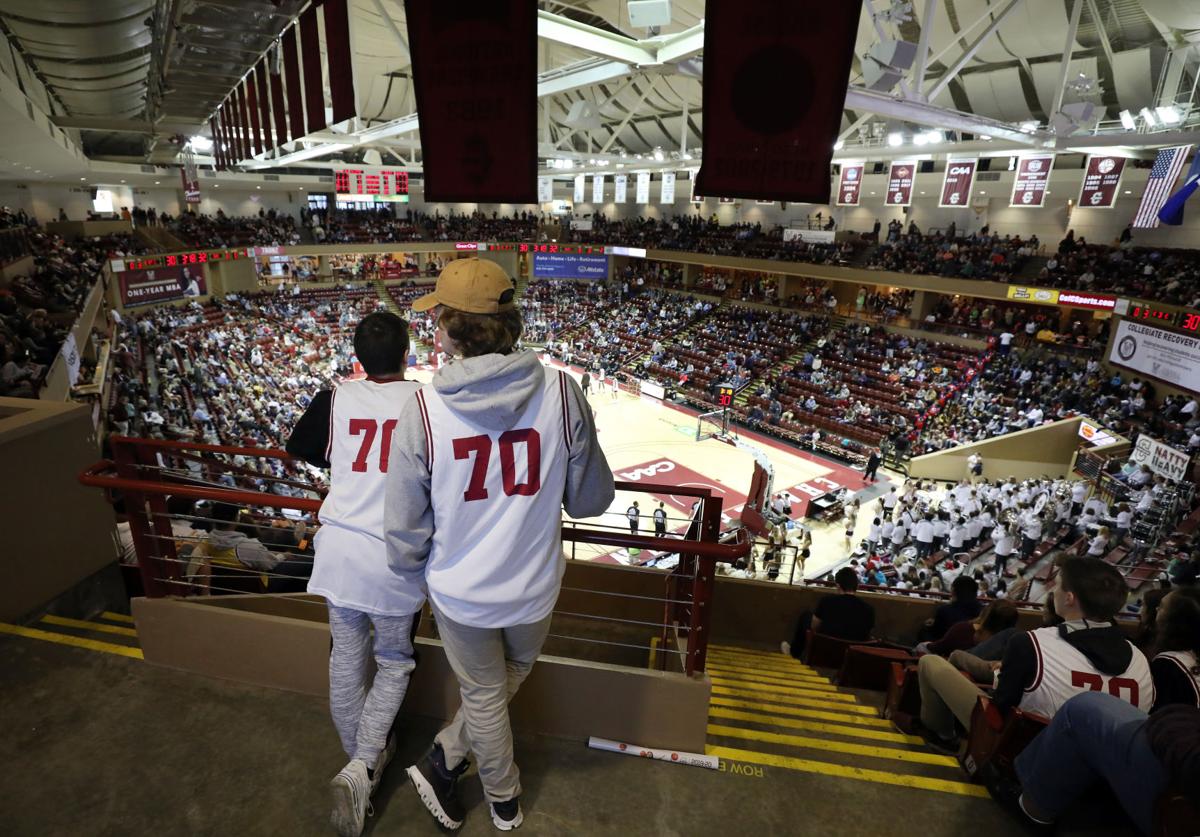 Attendance will be limited to 30-percent capacity at the College of Charleston's 5,100-seat TD Arena in downtown Charleston for basketball games. File/Grace Beahm Alford/Staff 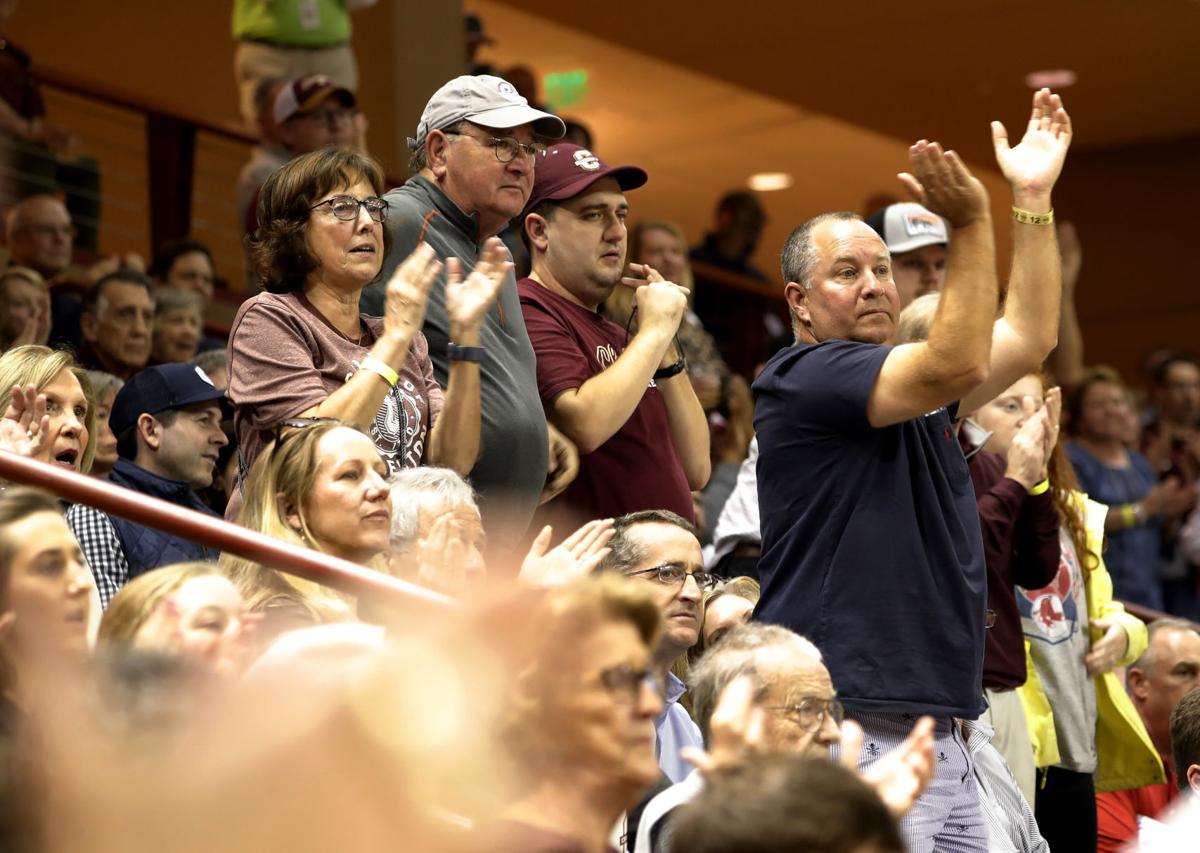 Fans cheer on the College of Charleston during a game Thursday, Feb. 6, 2020, at TD Arena. File/Grace Beahm Alford/Staff

Attendance will be limited to 30-percent capacity at the College of Charleston's 5,100-seat TD Arena in downtown Charleston for basketball games. File/Grace Beahm Alford/Staff

Fans cheer on the College of Charleston during a game Thursday, Feb. 6, 2020, at TD Arena. File/Grace Beahm Alford/Staff

Fans will be able to attend College of Charleston basketball games at TD Arena this season, but attendance will be limited to 30-percent capacity at the 5,100-seat venue in downtown Charleston.

That means about 1,530 spectators will be able to attend each of 14 home games for the Cougars' men's team, according to a plan approved by the S.C. Department of Commerce for mass gatherings during the coronavirus pandemic. Protocols and guidelines for games at TD Arena will be announced at a later date, the school said.

The 18-game format approved by the Colonial Athletic Association will have the Cougars playing back-to-back, same-site games against CAA foes. For example, College of Charleston will begin CAA play with two games at Delaware on Jan. 2 and 3, then return home to play two games against Drexel on Jan. 9 and 10 at TD Arena.

The only exception will be when a team plays its league travel partner. On those weekends, teams will play one game at home and one on the road. College of Charleston's travel partner is UNC Wilmington; the Cougars will play at UNCW on Feb. 25, then host the Seahawks on Feb. 27.

The format is designed to limit travel and help ensure the health and safety of student-athletes, coaches and staff, the school said. The women's schedule will mirror the men's, with teams facing the same opponents at opposite venues.

The CAA plan was greeted with relief by Cougars' men's coach Earl Grant.

"I know a lot of leagues are trying to figure out what they are going to do," he said. "For a while, there was a lot of skepticism about how you can plan and when you are going to play. But I'm excited the league stepped forward with a plan.

"It's kind of like a little NBA bubble, unique and one of a kind. But it's a positive thing in that it allows us to play."

The ramifications playing the same team on back-to-back nights, in the same arena, will be interesting to watch unfold, Grant said.

"I don't know how that will play out," he said. "What will be important is that we as a program, as a team, try to focus on daily improvement. We have to focus on preparation, conditioning and togetherness, and don't get caught up in everything else."

The CAA regular season will begin Jan. 1 and conclude on Feb. 28. Games impacted by the COVID-19 pandemic can be made up on various alternate dates.

The College of Charleston men will begin their season Nov. 25 at North Carolina, and will host five non-conference games at TD Arena. Confirmed opponents for those games include No. 22 Richmond, Marshall, South Carolina State and Division II Limestone. A fifth home opponent has yet to be announced.

The women's team will play five non-conference games, including three at home: Wofford on Nov. 29, Winthrop and D-III North Carolina Wesleyan. The Cougar women also will play at Clemson and North Carolina Central.

The full schedule for both teams, along with tipoff times and TV games, will be released at a later date.