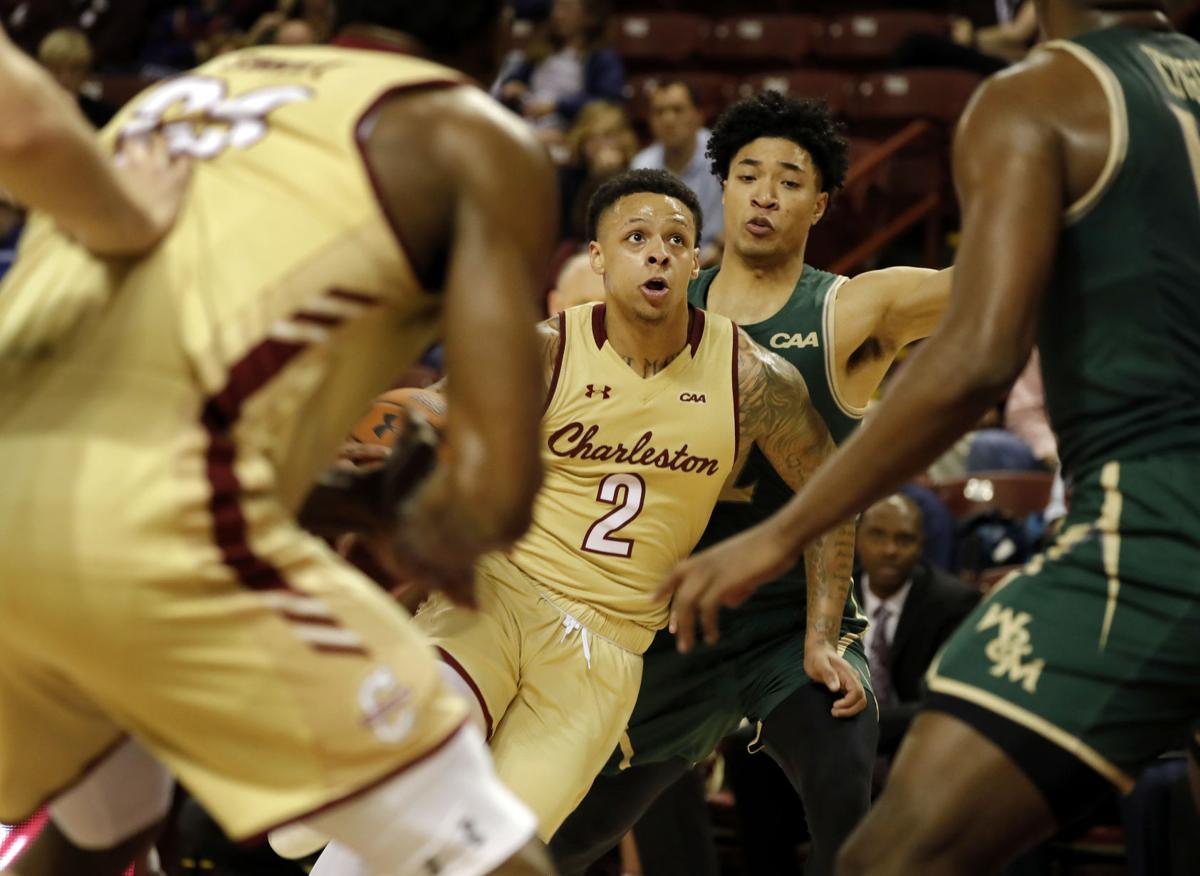 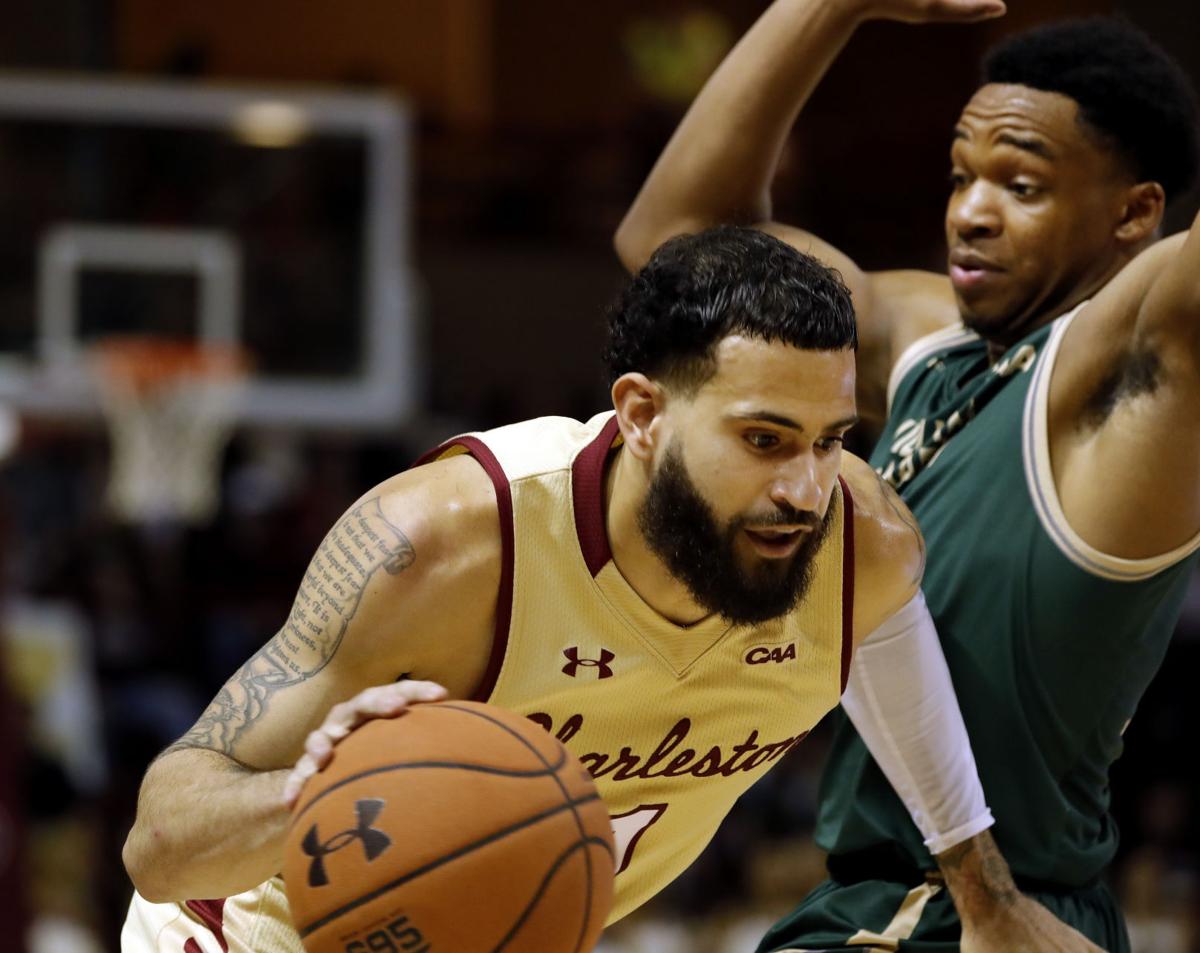 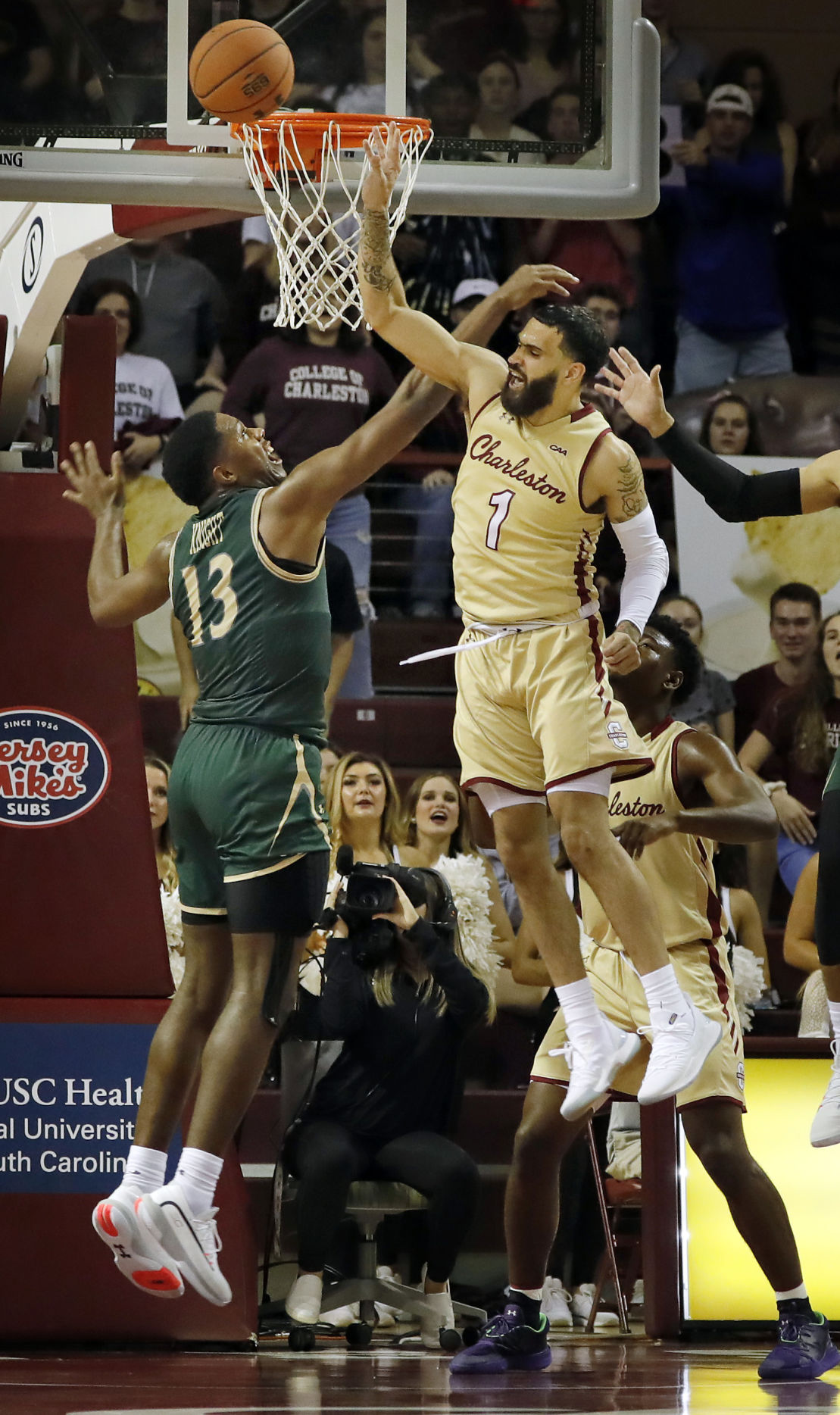 The College of Charleston’s Grant Riller gets the rebound during their game against William & Mary Thursday, Feb. 6, 2020, at TD Arena. Grace Beahm Alford/Staff 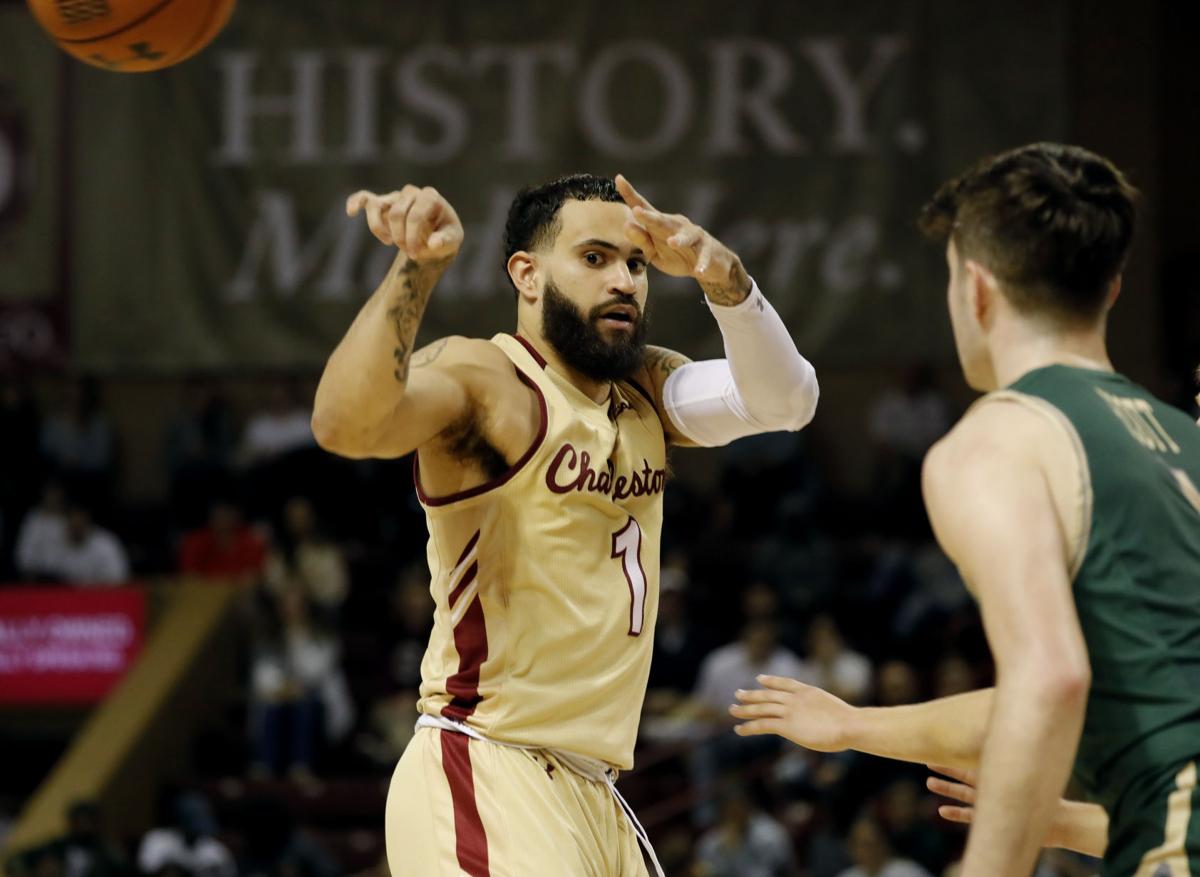 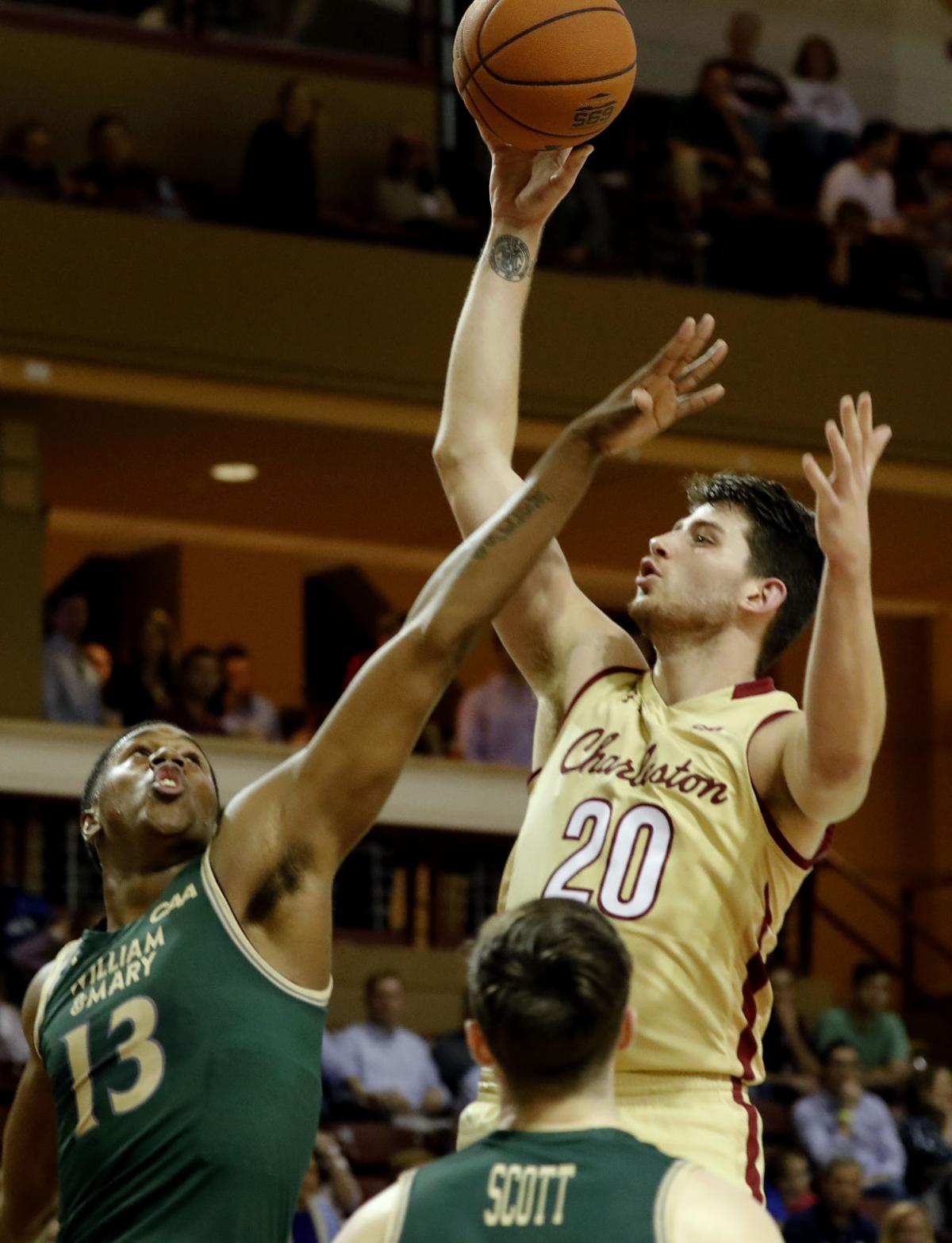 The College of Charleston’s Grant Riller gets the rebound during their game against William & Mary Thursday, Feb. 6, 2020, at TD Arena. Grace Beahm Alford/Staff

There were nearly a dozen NBA scouts courtside Thursday night at TD Arena to watch two of the best mid-major players – College of Charleston’s Grant Riller and William & Mary’s Nathan Knight – battle it out for first place in the Colonial Athletic Association.

While Knight played well for the Tribe, Charleston’s Brevin Galloway literally stole the show for the Cougars.

Galloway finished with 23 points and five steals and Sam Miller added 13 points to lead College of Charleston past William & Mary, 68-50, Thursday night before a raucous crowd of 4,186 at TD Arena.

With the victory, the Cougars (15-9, 9-3) took over sole possession of first place in the CAA with six games left in the regular season. The Tribe dropped to 16-9 and 8-4.

Knight and Riller are among the top 10 active scorers in Division I basketball. Knight came into the game with 1,966 career points, good for 10th place overall, while Riller is third with 2,308 points in four seasons with the Cougars.

The 6-10 Knight certainly did his part impressing the NBA scouts with his size and shooting touch around the basket. Knight finished with 28 points and 18 rebounds. It was Knight’s ninth double-double in the last 11 games and his nation-leading 19th double-doubles this season.

“People asked me ‘how are we going to stop (Knight),”’ said College of Charleston coach Earl Grant. “Well, you are probably not going to stop him. You can try, but you’ve got to make sure he doesn’t get easy baskets and I thought we did a pretty good job of that. He’s going to get his points, we just wanted to contest everything and make it hard on him and the rest of their shooters.”

Riller poured in 64 points in two games last week, including a season-high 36-point outing against James Madison last Thursday night on the road. The 6-3 senior had a relatively quiet game with 10 points.

It didn’t matter because Galloway more than took up the scoring slack.

“You’ve got give a guy like that some freedom and some rope,” Grant said. “He’s very impulsive. He hasn’t seen a shot he doesn’t like. Sometimes, maybe he’ll take one he doesn’t need to take. He’s our greenlight guy. He always passes the green light tests in the summer. A green light guy is if you get open and you think you can make it, take it. Take the ones you think you can make and Brevin thinks he can make them all.”

With Riller being double-teamed most of the game, he was more than happy to give up the ball to his teammates, especially Galloway.

“Brevin came out here and did what we know he can do and that’s hit shots,” Riller said. “He defended really well, was active. It was a big game and we needed it from him.”

The Cougars have long relied on Riller’s scoring to win games, but Charleston won this time with a smothering defense.

“As long as we hold them to 50 points I feel like we’ve got a chance no matter how much Grant scores,” his head coach said. “That’s why it’s so important that we don’t lose our identity of how we got here. The success we’ve had here is because people can’t score on us easy. This team has to understand that. You don’t give up a lot of points, you take care of the ball, we only had five turnovers, and you guard them. When teams are running two people at Grant, he has to pass the ball. That’s what he did. He made the right plays.”

Riller, who has played in front of NBA scouts throughout his career, said the extra attention doesn’t affect the way he plays.

“We’ve had NBA guys on our team for the past two years, so it doesn’t change anything about my game,” Riller said. “They are not here to watch me force things up. They are here to see if I can run a team and help my team win and that’s what I try to do every night.”

Charleston finished on an 11-2 run to seal the victory.

The Cougars will take on Elon Saturday afternoon beginning at 4 p.m. at TD Arena. Charleston will wear throw back uniforms in celebration of the school’s 250th anniversary.

College of Charleston won 68-50 over William & Mary to be the number one spot in the Colonial Athletic Association Thursday at TD Arena.