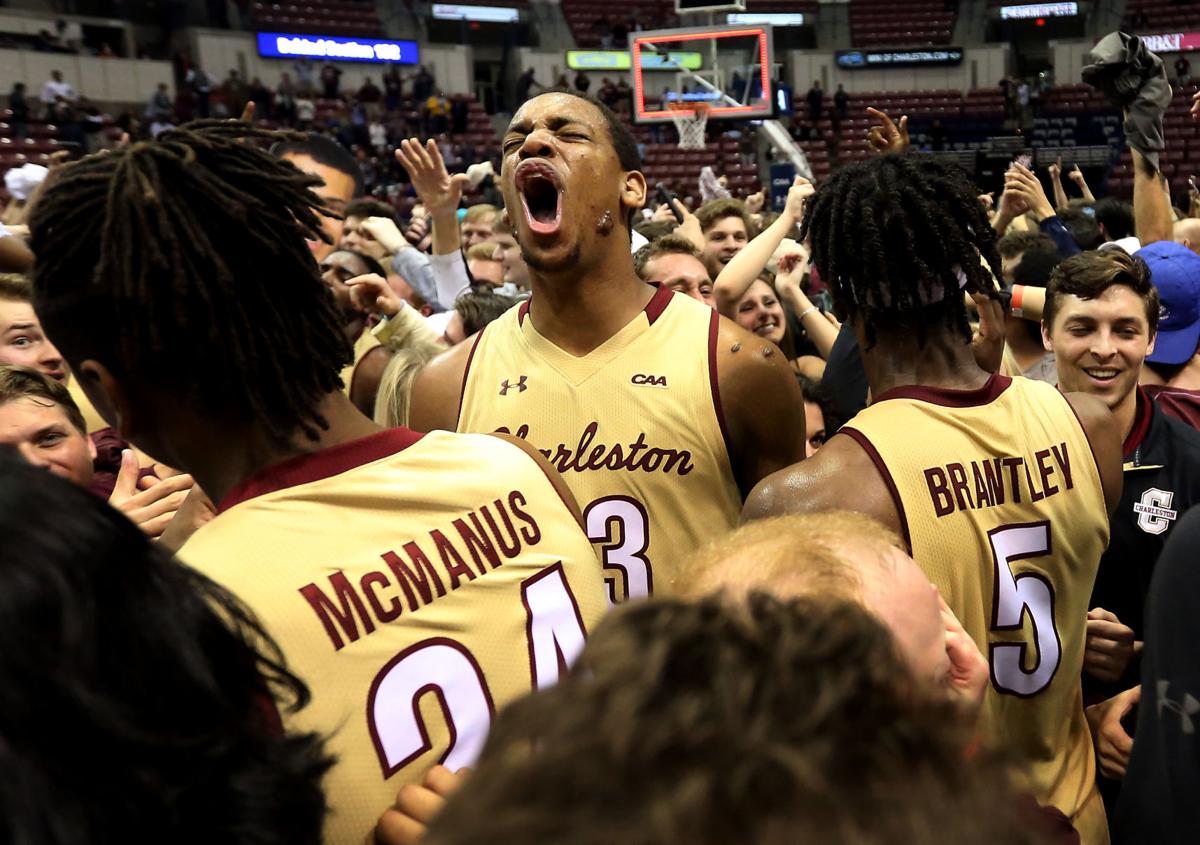 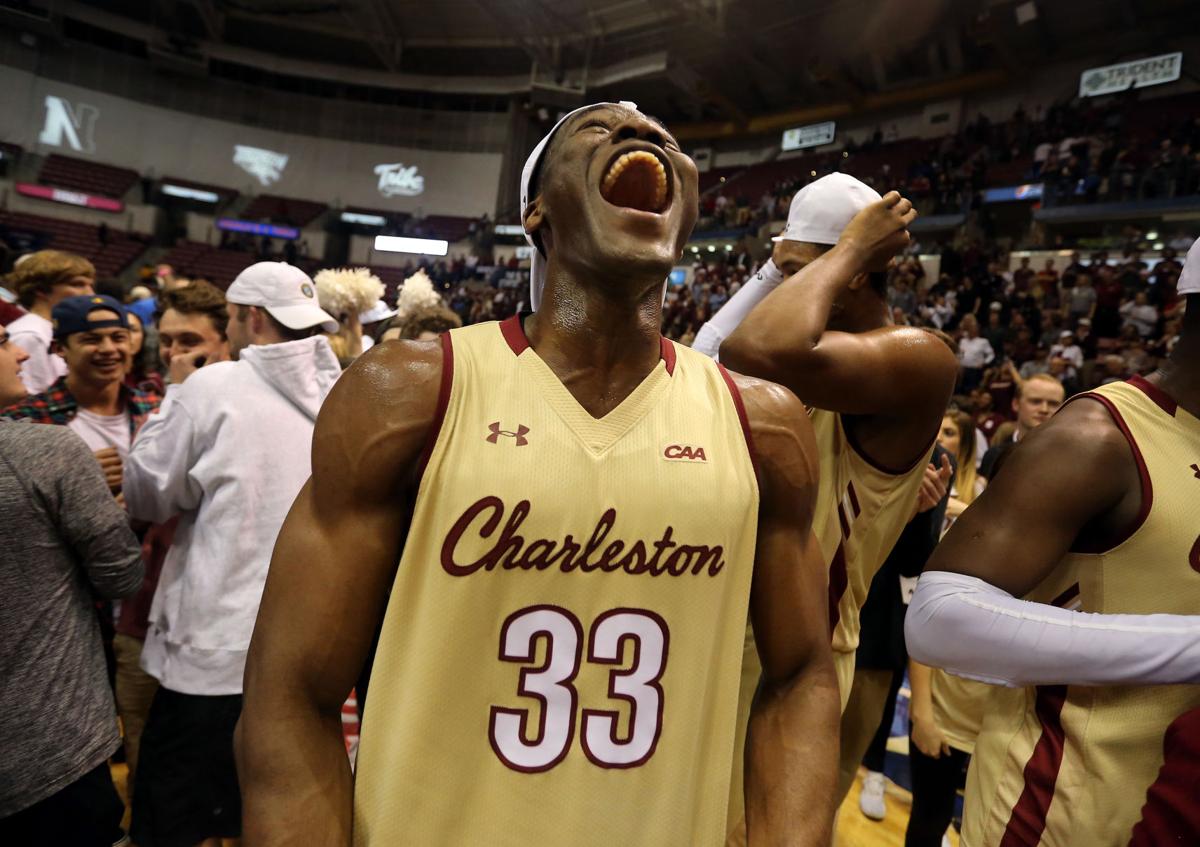 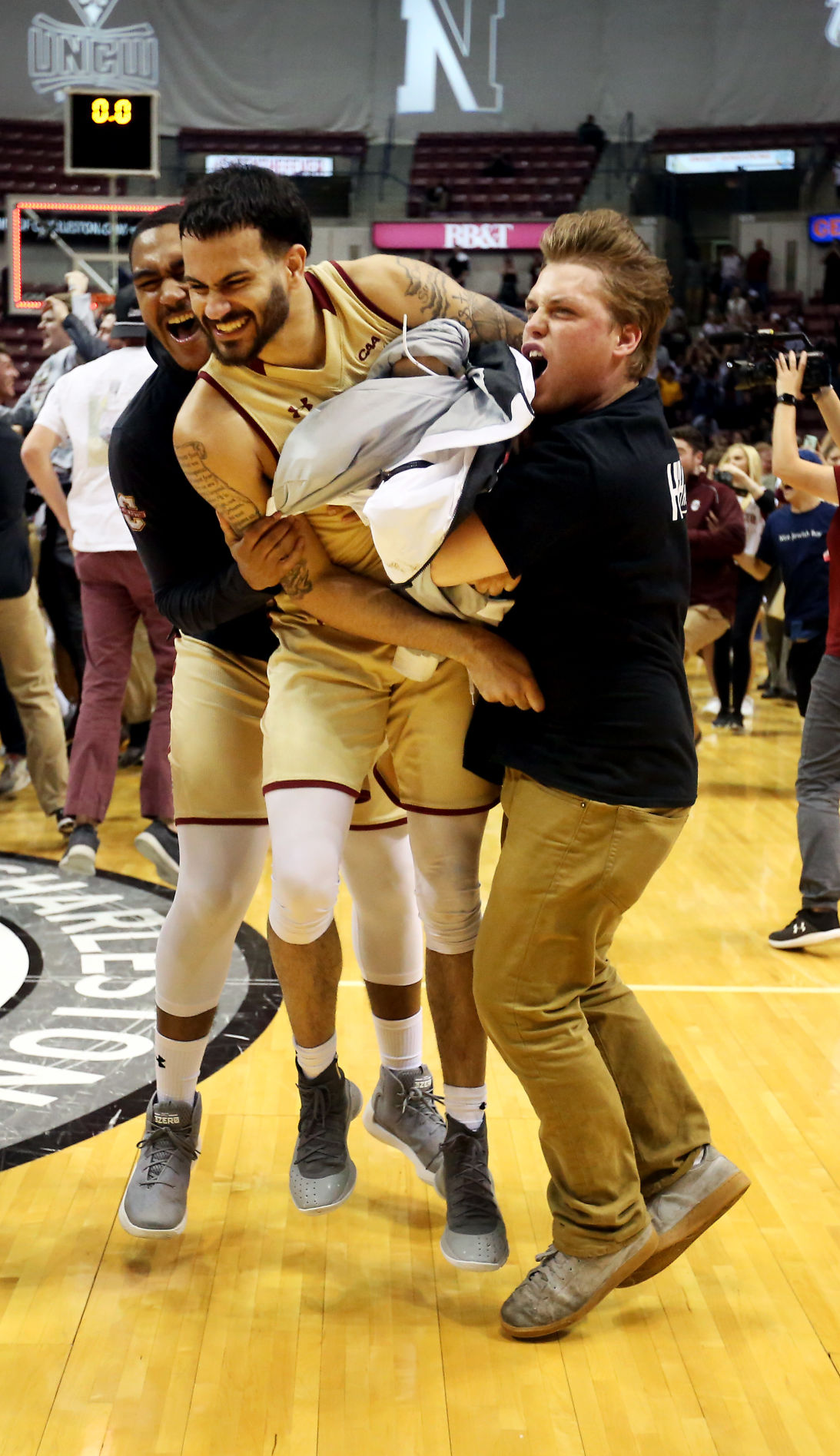 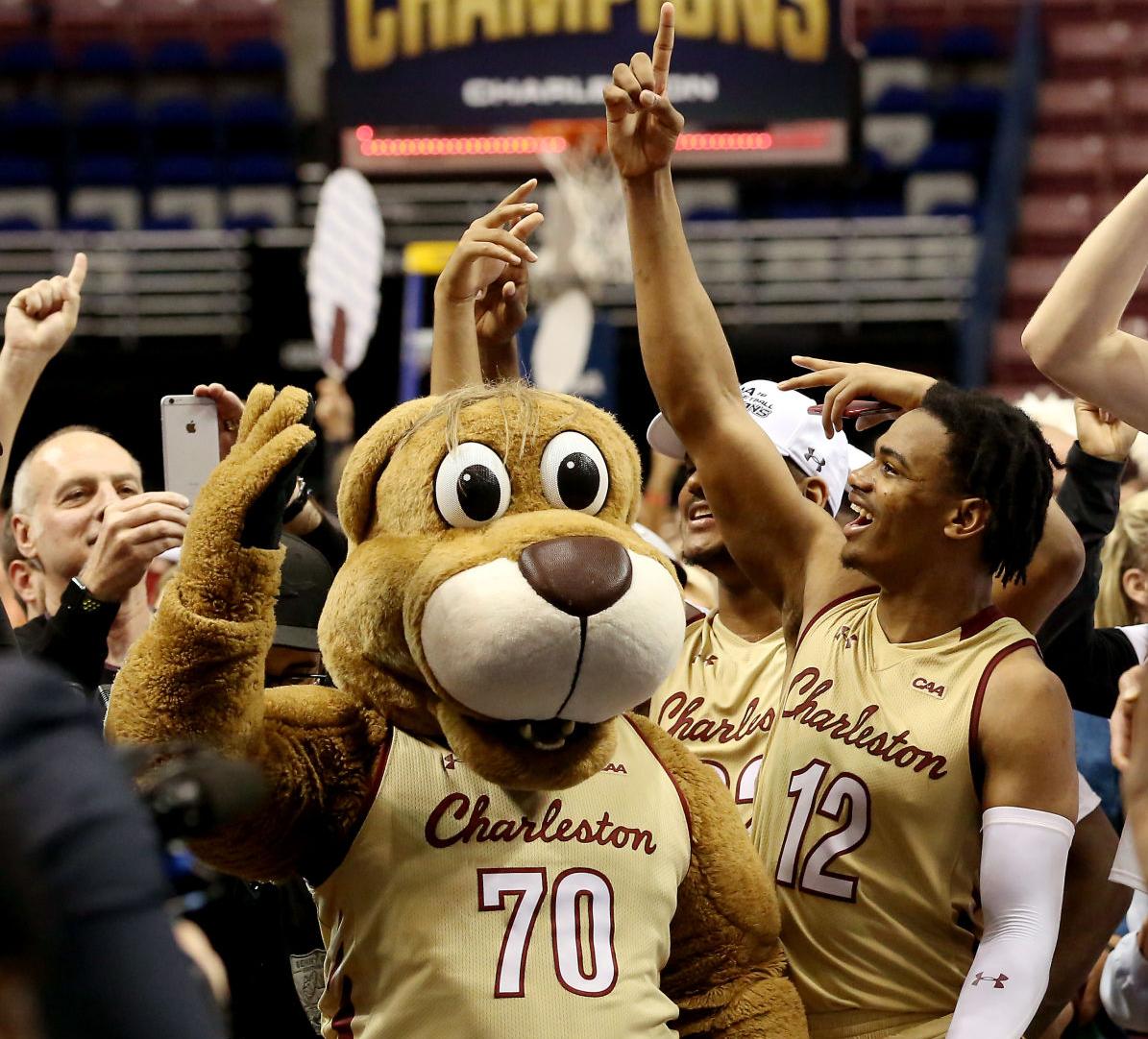 College of Charleston won the Colonial Athletic Association Tournament last week and might keep going in San Diego this week. 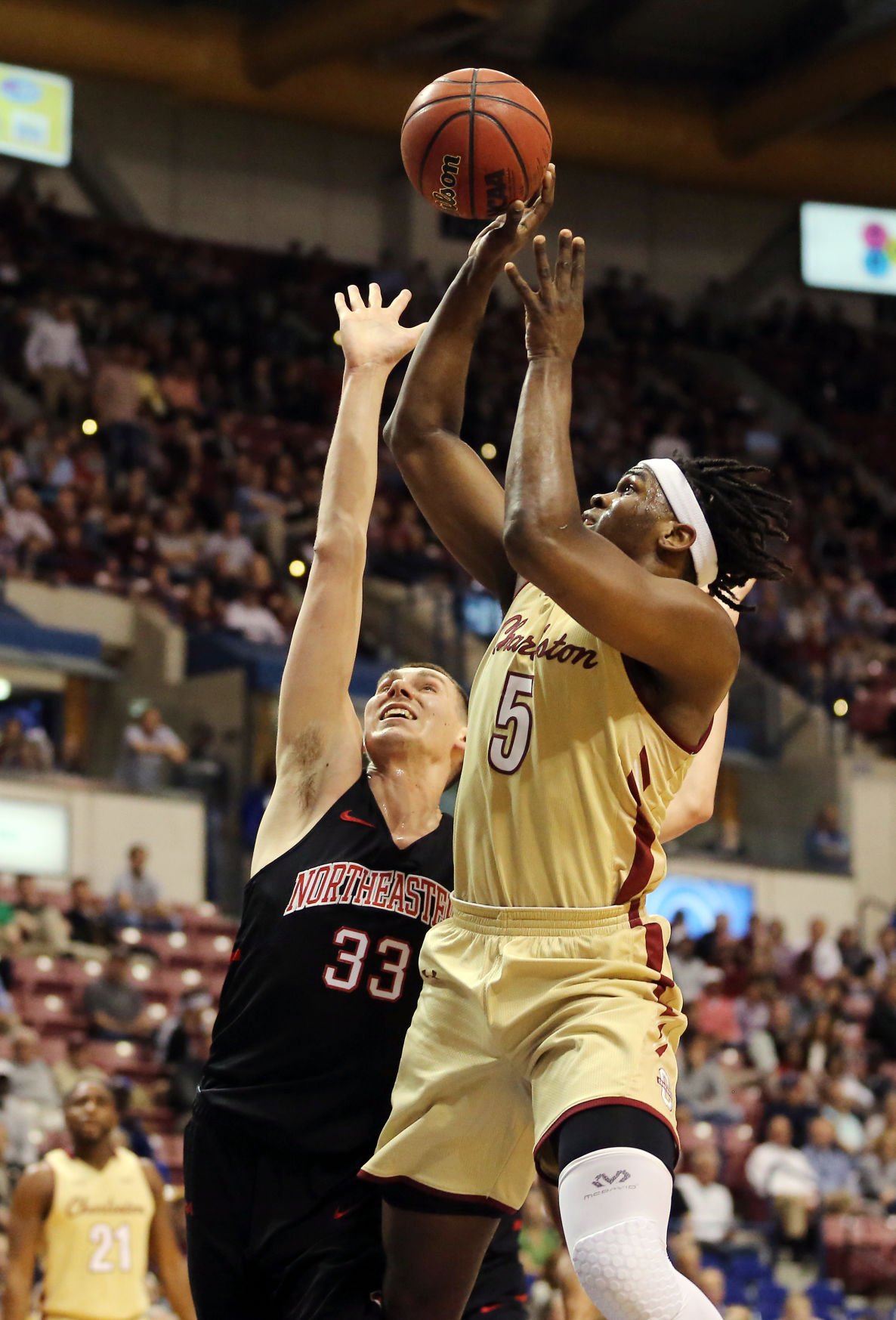 College of Charleston won the Colonial Athletic Association Tournament last week and might keep going in San Diego this week.

Joe Chealey had plenty of chances to leave College of Charleston.

Bigger schools with national brand names came calling after his sophomore season with the basketball program in disarray after the departure of Doug Wojcik – the coach that recruited the Orlando, Fla., native to the Lowcountry.

Other players with lesser character might have been flattered by the attention, walked out the door at TD Arena, and never looked back.

But Chealey’s not that kind of kid. The son of a policeman, Chealey was determined to finish what he started five years ago and stick it out and honor his commitment to the school and the community.

As the final seconds ticked off the clock at the North Charleston Coliseum and the Cougars held the ball, the fifth-year senior leaped onto the scorer’s table, faced a delirious College of Charleston fan base and brandished his No. 13 jersey for all to see.

Chealey scored a game-high 32 points and Grant Riller added 20 points as College of Charleston rallied from a 17-point second half deficit to beat Northeastern 83-76 in overtime in the Colonial Athletic Association championship game before a raucous crowd of 7,945 at the North Charleston Coliseum.

The Cougars (26-7) earned the CAA’s automatic bid to the NCAA Tournament, their first trip to the Big Dance since 1999.

The turning point for Chealey came when the school hired Earl Grant in the fall of 2014. After the first meeting with his new head coach, Chealey knew he wasn't going anywhere.

“As players, we didn’t know what was going on that summer because we didn’t have a coach and we didn’t know what was going to happen,” Chealey said. “The seniors, Cameron (Johnson), Evan (Bailey) and Nick (Harris), we all stuck together, and I felt a sense of loyalty to them. I didn’t want to leave them hanging. I told them that we were going to ride it out together no matter what. The best thing that happened to the College of Charleston was coach Grant. The rest is history.”

The journey from a 9-24 season his sophomore year to standing on the podium holding up the CAA Tournament championship trophy Tuesday was far from smooth for Chealey and the rest of his Cougars teammates. But that just made him appreciate the moment that much more.

“It’s been a journey, so much work, so much perseverance and determination to get to this point,” Chealey said. “I’m just thankful and blessed to be sitting here and able to celebrate this night with my teammates and our fans.”

For most of the game, it appeared that the Cougars would come up short again in their quest for a conference championship and an NCAA Tournament bid. After all, it had been 19 years since their last trip to March Madness. The Cougars had lost six times since then in conference title games.

Behind the shooting of Northeastern guard Vasa Pusica, the Huskies controlled the game for the better part of 30 minutes. Pusica finished with 30 points, connecting on 6 of 11 3-pointers as the 6-5 junior from Serbia tried to will his team to victory.

“Pusica is a great player and he hit a bunch of contested 3-pointers,” Grant said. “I kept waiting for him to miss, but he didn’t. It’s not like we didn’t contest about every shot he took, you have to give him credit.”

The Huskies appeared to be on their way to the championship title when Pusica sank a 3-pointer to give Northeastern a 42-25 lead with 17:29 to play.

But the Cougars didn’t panic.

“In the huddles and timeouts, the coaches just kept telling us to chip away at it,” said College of Charleston’s Jarrell Brantley, who finished with his third double-double with 18 points and 11 rebounds. “I knew we had a run in us.”

But each time the Cougars would score, Pusica or Shawn Occeus, who finished with 19 points for the Huskies, seemed to have an answer. Another 3-pointer from Pusica and a driving baseline layup from Occeus gave the Huskies a 58-48 advantage with 6:58 to play.

The Cougars turned up their defensive pressure and the Huskies began to turn the ball over. Four times over their next five possessions, the Huskies turned the ball over and the Cougars converted with easy layups on the other end. Chealey’s layup with 3:18 to play cut the gap to 58-57.

“The guys played their hearts out,” said Northeastern coach Bill Coen. “They battled from start to finish. We knew that Charleston was going to make a run at us, and we just had to withstand it.  But give Charleston credit, they hit some shots and made some plays down the stretch. We lost our composure in some key moments and had some inopportune turnovers that kept the door open for Charleston to get back into the game.”

Pusica buried another 3-pointer to put the Huskies up 61-57 with 2:28 to play. After the teams exchanged free throws, Chealey sank three free throws when he was fouled attempting a 3-pointer with 33 seconds to play.

After another Northeastern turnover, Chealey scored again on a driving layup to tie the game at 65 with 10 seconds to play.

The Huskies had the ball and a chance to win, but Pointer stripped Northeastern’s Donnell Gresham as he was driving to the basket. The referees, after looking at video replay, ruled the ball went off Gresham’s leg with 3.4 seconds to play.

Chealey’s desperation 3-pointer at the buzzer just missed as the game headed to overtime.

The Cougars took control in the overtime. Brantley had a putback to give the Cougars their first lead all night and Pointer hit another 3 as the Huskies began to miss shots.

Chealey finished off the game with six straight free throws to secure the victory.

As the stormed the floor and engulfed the team, Chealey found roommate Cameron Johnson, and the two embraced and tears began to fall.

“I can’t put into words what that moment felt like,” Chealey said. “It was surreal for both of us, I think.”

The Cougars will find out their NCAA Tournament fate Sunday night.