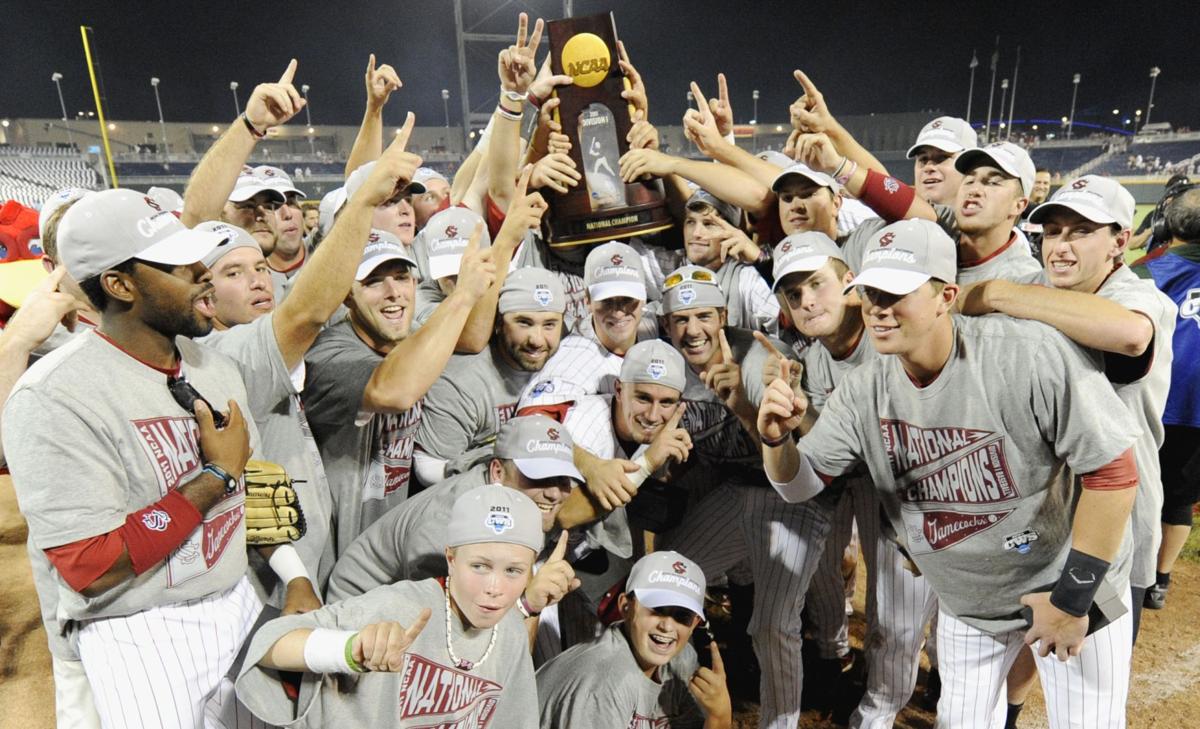 South Carolina players pose with the trophy as they celebrate after beating Florida 5-2 to win the College World Series championship, in Omaha, Neb., Tuesday, June 28, 2011. 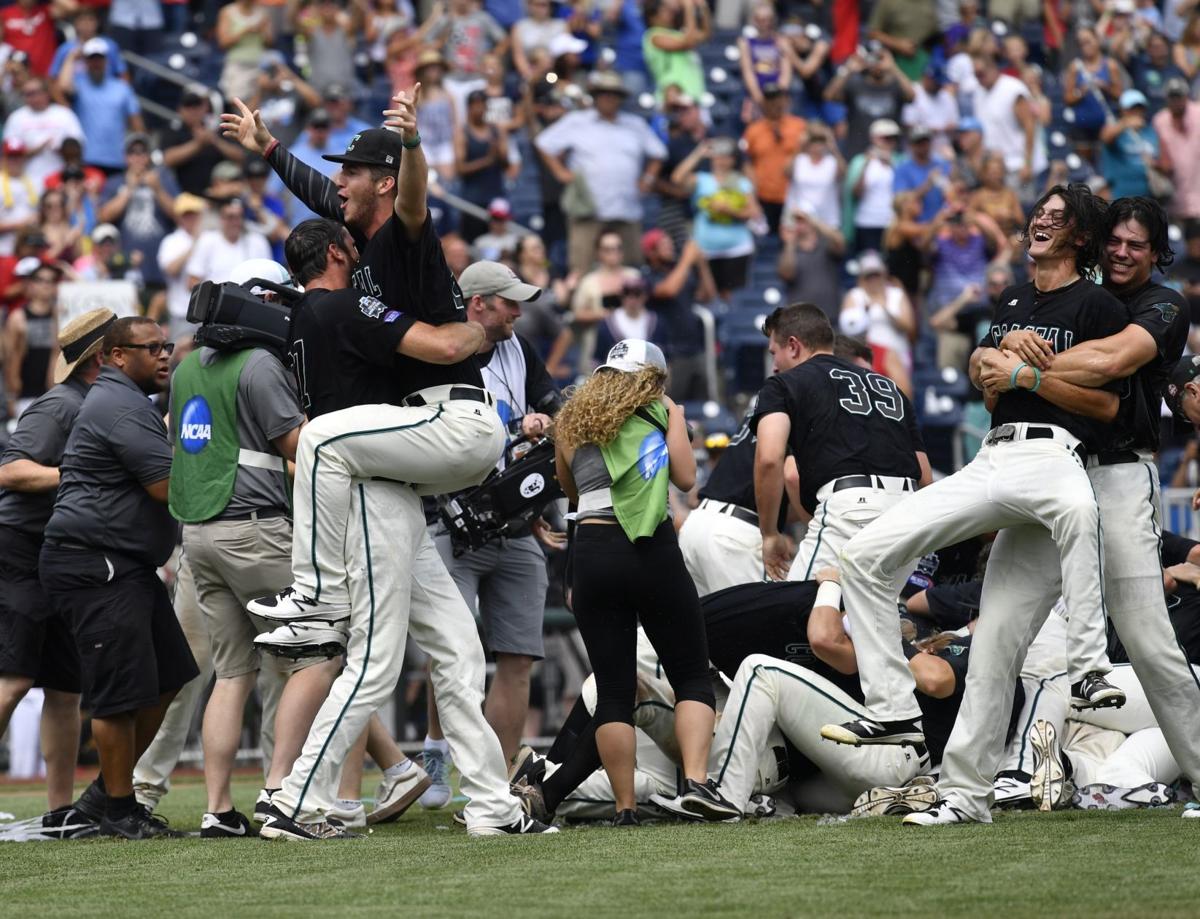 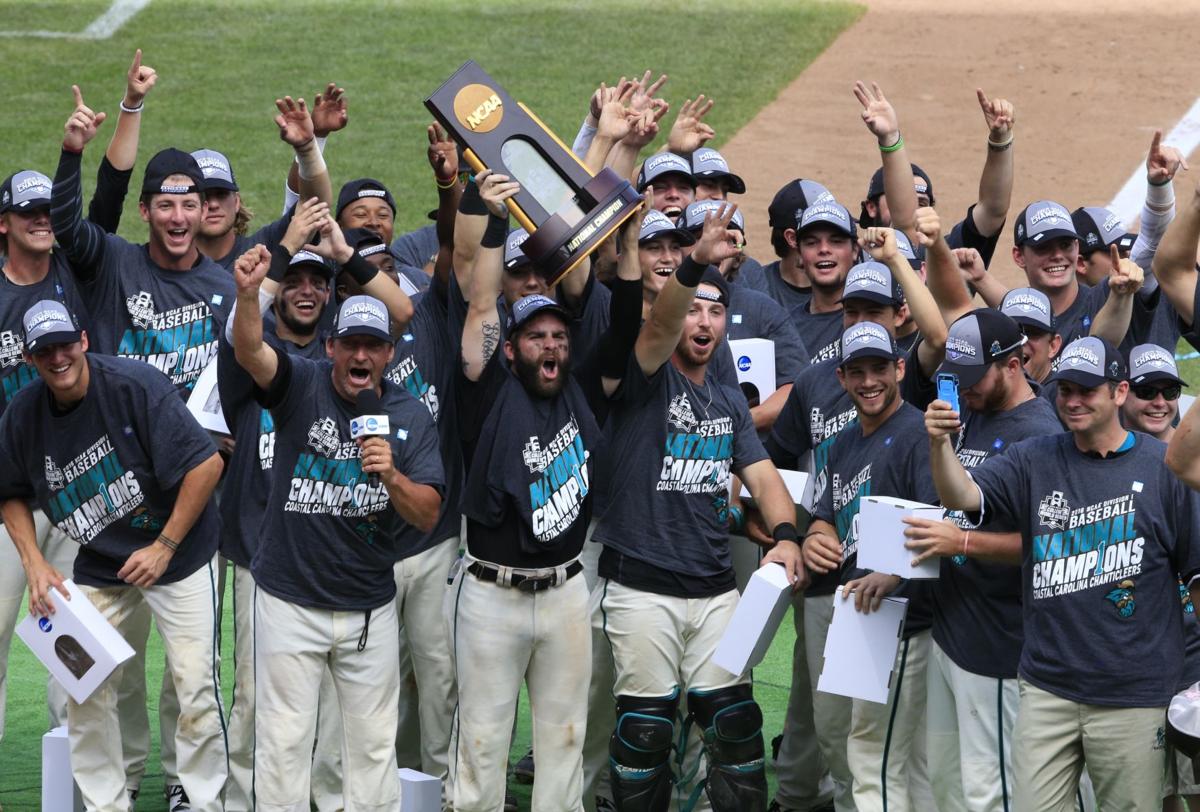 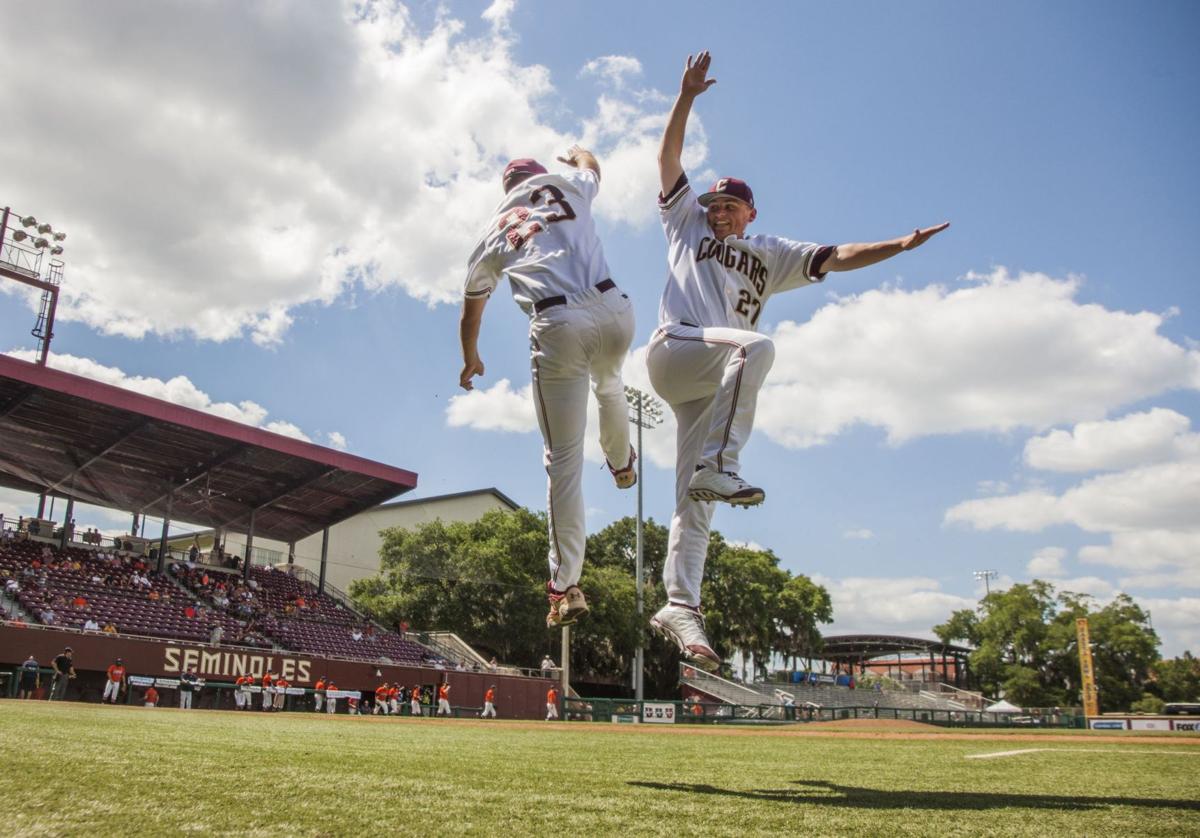 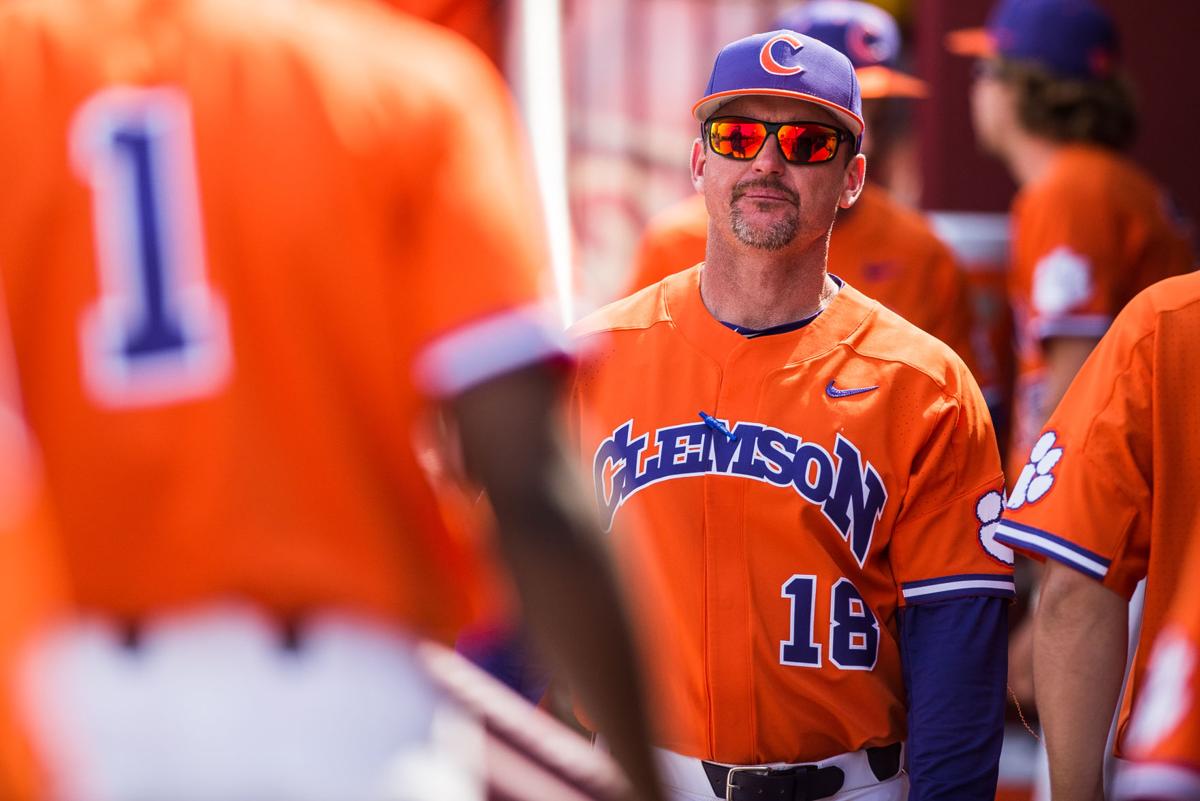 Clemson baseball Monte Lee during a game against South Carolina at Founders Park, in Columbia on March 3, 2019. John A. Carlos II / Special to The Post and Courier 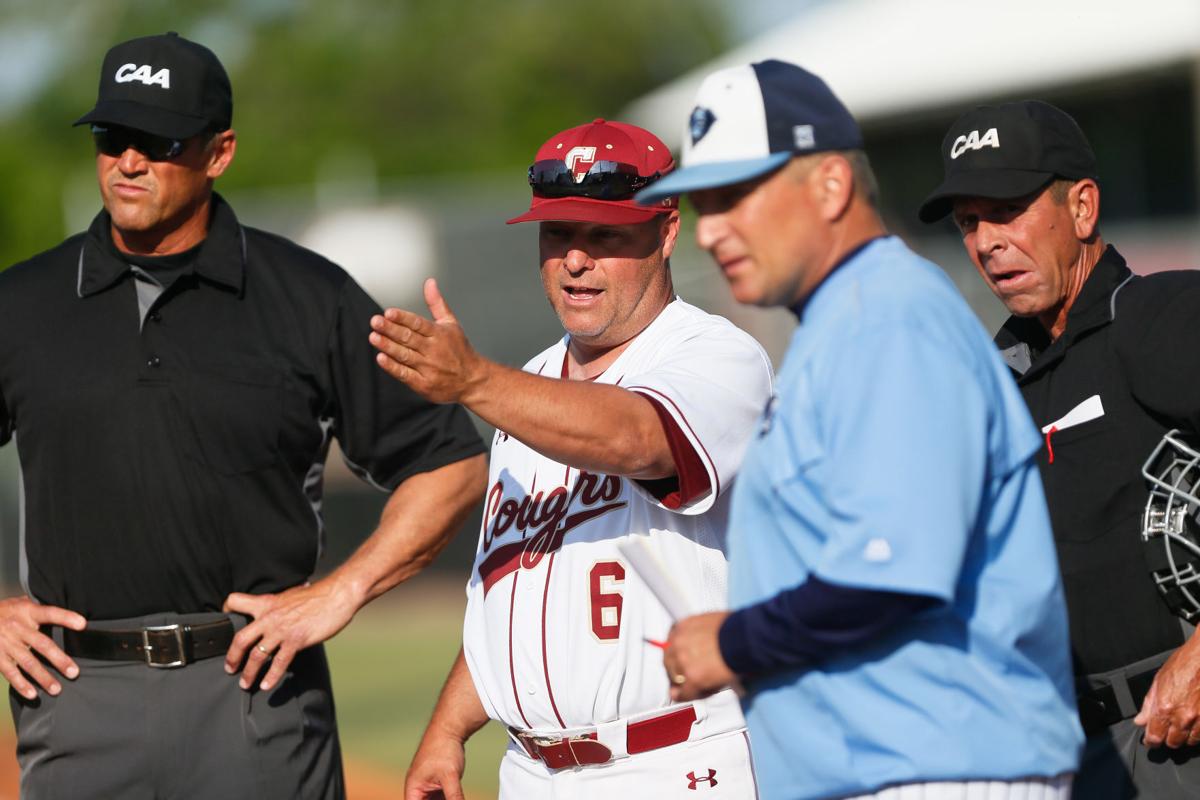 South Carolina players pose with the trophy as they celebrate after beating Florida 5-2 to win the College World Series championship, in Omaha, Neb., Tuesday, June 28, 2011.

Just 10 years ago, South Carolina seemed the capital of the college baseball world.

No less than five teams from the Palmetto State advanced to the 64-team NCAA baseball tournament, the path to Omaha and the College World Series.

Coastal Carolina won the Big South title and was a No. 4 national seed. The Citadel won its seventh Southern Conference Tournament title and an automatic bid, and College of Charleston earned an at-large berth to join usual suspects Clemson and South Carolina in the tournament bracket.

The Gamecocks went on to defeat Coastal Carolina in a Super Regional and win the first of back-to-back national championships in 2010 and 2011. Coastal Carolina's national title in 2016 seemed confirmation of Palmetto State power in college baseball.

But as a new decade starts with the 2020 season this week, those good times seem far off.

Clemson was the only state team to make the NCAA Tournament in 2017, with three teams (Coastal Carolina, Clemson and South Carolina) landing bids in 2018. Last year, only Coastal Carolina and Clemson made the field, with no national seeds and no teams in the Super Regionals.

Four of the five NCAA Tournament teams from 2010 have undergone coaching dramas one of kind or another in the last five years, with 24-year veteran Gary Gilmore at Coastal Carolina the lone exception.

"Baseball is very important in South Carolina, and we have a great tradition at both the mid-major and Power 5 levels," said College of Charleston coach Chad Holbrook, who helped Ray Tanner win those national titles at USC before an ill-fated tenure as the Gamecocks' coach. "The last couple of years, we're maybe in a little bit of a cycle. But if you look across the nation, there's a lot of parity in college baseball."

Coaches and observers say there are some underlying reasons for that.

In the decade since, the impact of those limits has been felt far and wide.

"The talent is going to be pushed down and spread out further and further," said veteran coach John Rhodes, founder of the Diamond Devils youth program that's produced more than 300 Division I players. "You've seen some smaller schools like the Newberry, Wofford and Furmans of the world get better because of that, and some of our bigger schools don't have as much depth as they have in the past.

"At some of the bigger schools, you used to have 65 or 70 guys running around. So some of those rule changes are starting to show over the years."

With limited rosters, it doesn't take too many injuries or personnel losses to derail a team's season.

"If you happen to have a tough injury and lose your Friday night starter or your best position player, sometimes it's hard to recover from that because of the lack of depth," said Holbrook, who in his third season at College of Charleston is seeking his first NCAA bid.

As the NCAA and college baseball coaches wrangle on what to do about early recruiting, the pressure for young players to commit earlier and earlier has not abated — some players now commit to a college before even playing a high school game.

In 2017, a Baseball America study found that the median commitment date for the top 50 elite players has moved up nine months in just a three-year span. That moved the typical college decision from a player's junior year, about 13 months before he could sign his national letter of intent, to before his sophomore season even began.

"It's horrible, and it lends itself to more chances of missing on a player," said Rhodes. "You commit a 15-year-old on what he projects to be, but you don't have a good track record on him against good talent.

"It used to be that you couldn't contact players until after July 1 of their junior year," he said. "So the college coaches had three years of high school baseball on the record. Now, they may just have one year and one summer of travel ball, and that doesn't help a bit."

"I don't know if it leads to more misses, but I do know this — how many coaches are recruiting to exactly what they need? It's challenging to build a class based on need when you are recruiting three classes in advance," he said.

But the pressure to land early commitments is not likely to decrease until the recruiting calendar is addressed by the NCAA, possibly this spring.

"At the mid-major level, I feel like we have to be the early bird and beat the bigger schools to the punch," College of Charleston's Holbrook said. "We don't have the million-dollar budget or $40 million stadium to recruit against Clemson or South Carolina.

"So how can we be successful? My answer is to make decisions earlier and try to get those kids who you project as elite players."

Unlike in college football or basketball, a scholarship in baseball is almost never a full ride. A fully funded Division I program is limited to 11.7 scholarships to spread among 27 players, with each player guaranteed a minimum of 25 percent of a full scholarship.

That leaves families and coaches often trying to piece together the other 75 percent in a financial-aid package of some sort. With tuition increasing every year — and popular scholarships such as the state's LIFE scholarship remaining at the same $5,000 level as when it was introduced in 1998 — that's getting more difficult to do.

"When the total cost of tuition at an in-state school was $12,000 and you got a $5,000 LIFE scholarship and 25 percent from baseball, you were on a pretty good scholarship," Lee said. "But now, it might be $25,000 per year in-state and the LIFE scholarship is still $5,000. So you are giving a bigger (baseball) scholarship, and it's still more expensive for families."

With need-based aid and other tools, some richer out-of-state schools are able to supplement baseball scholarships in a way that state schools in South Carolina cannot.

"I don't really have to deal with that much here at College of Charleston, but I did at South Carolina. That is a hot-button topic at the Power 5 level, no doubt about that."

But hope springs eternal in baseball. When first pitches are thrown next weekend, all those numbers will be replaced by batting averages and ERAs, and by wins and losses. And we can hope that some Palmetto State teams will be on the road to Omaha.

"I still think college baseball in our state is very strong," Holbrook said. "And it will continue to be going forward."