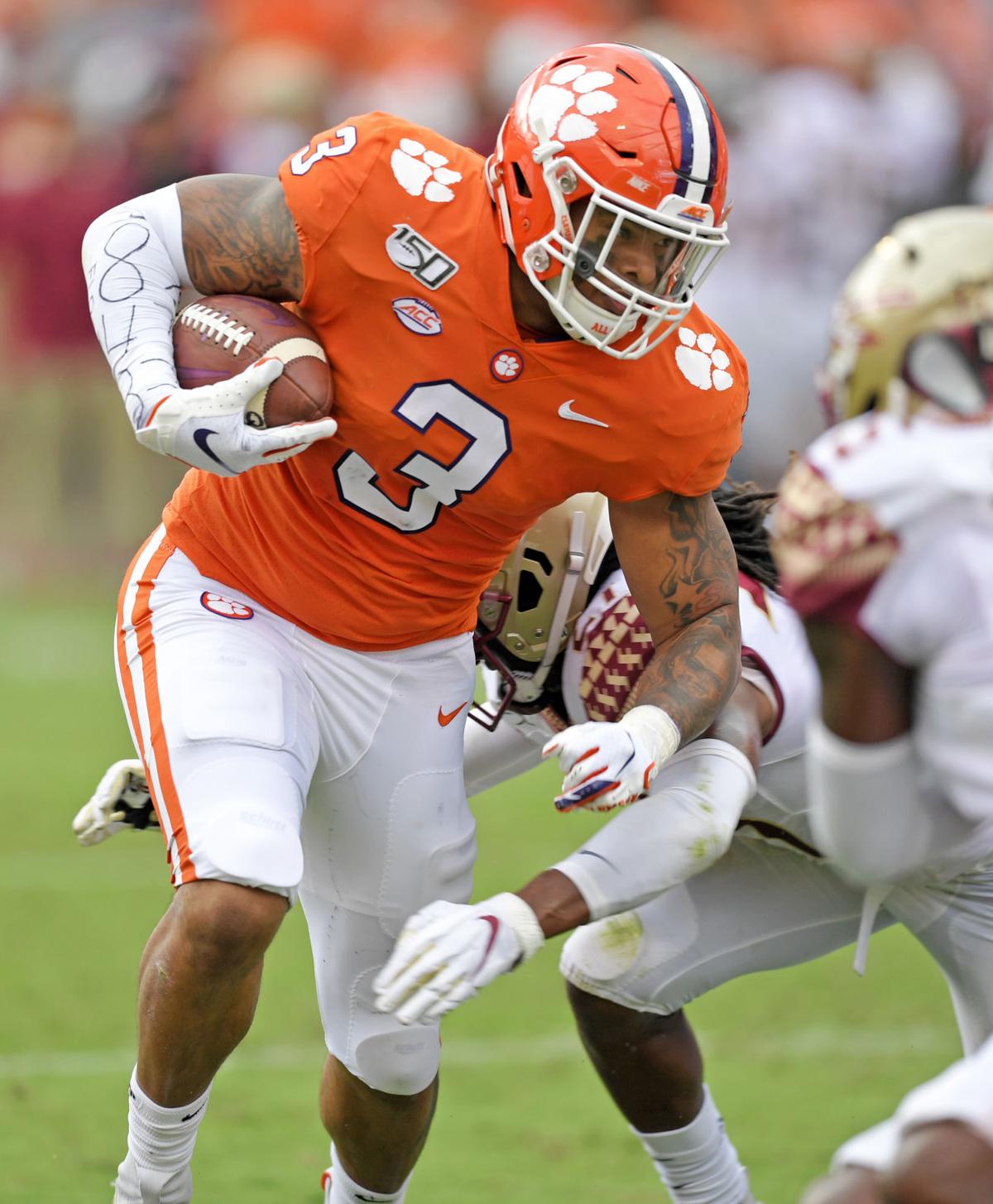 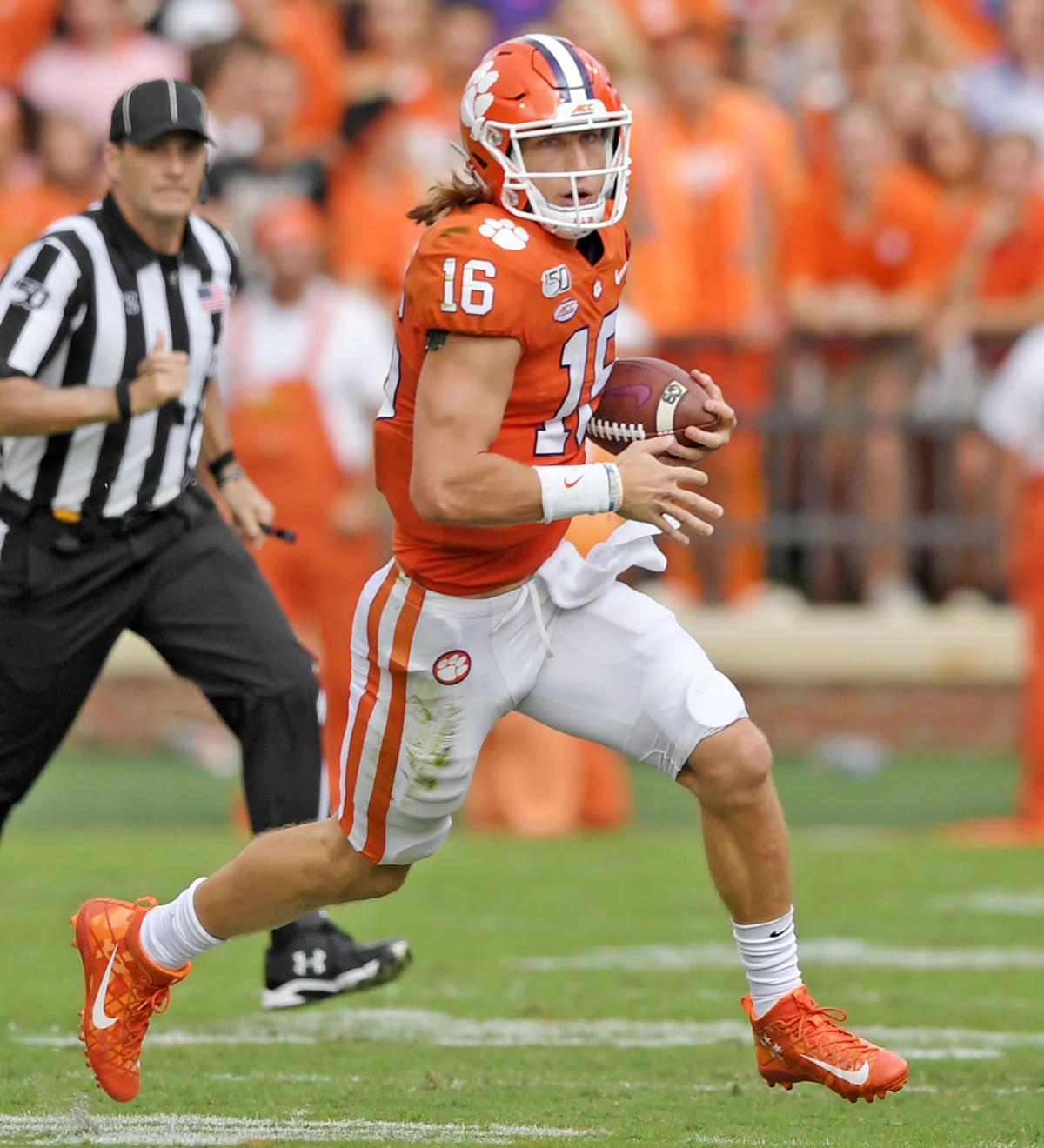 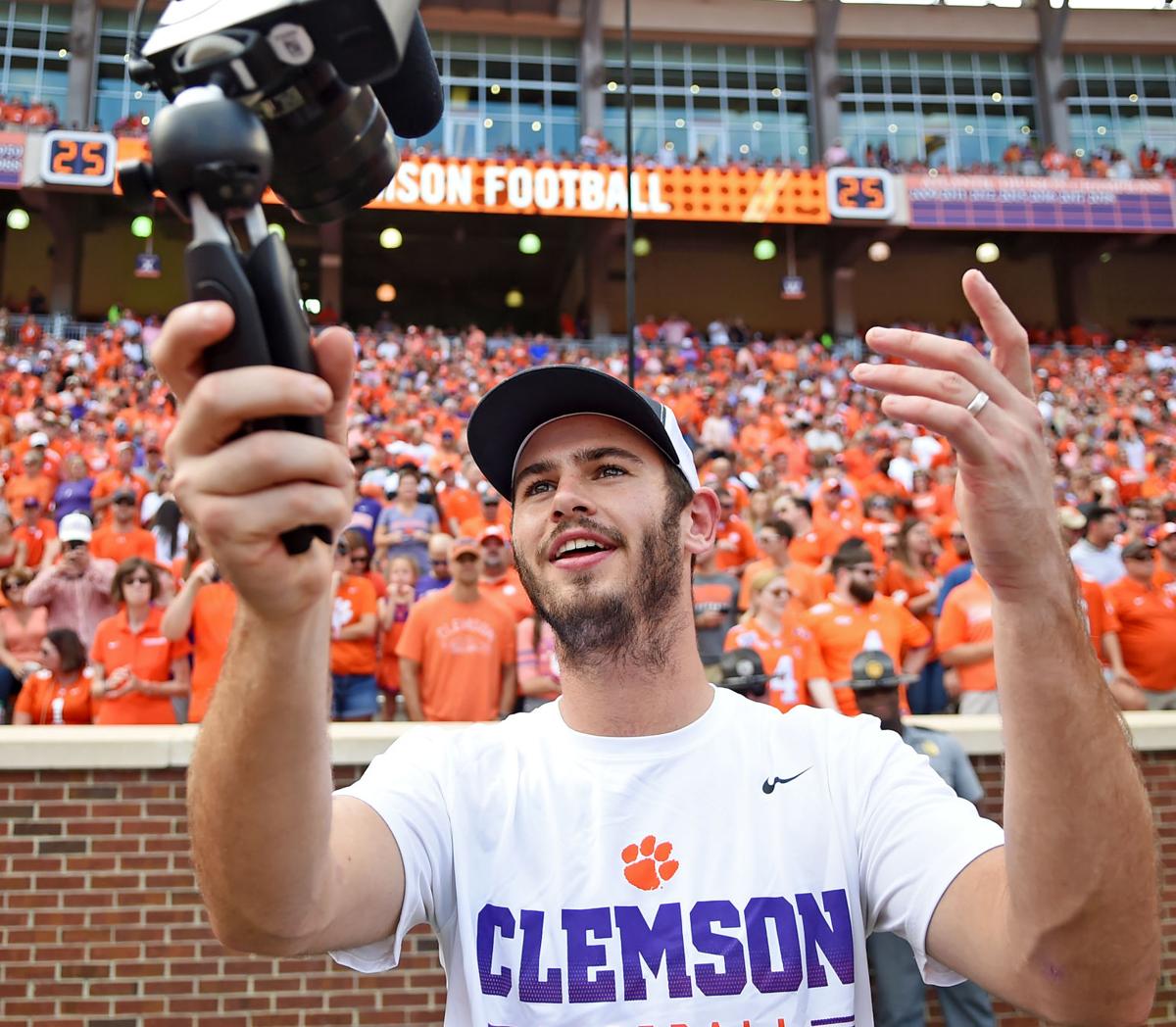 CLEMSON — In the minutes before Clemson's 45-14 win over Florida State on Saturday, co-offensive coordinator/running backs coach Tony Elliott ran into a a familiar face in the Death Valley tunnel: Hunter Renfrow.

And with that, Elliott made off for the field, leaving Renfrow behind. Elliott and the Clemson offense have moved on from Renfrow, the walk-on wide receiver turned Tigers legend, out of necessity: Renfrow graduated from the university and now plays for the Oakland Raiders.

In his wake, the No. 3 Tigers have had an uneven start to the season offensively. The team struggled on third downs in a 21-20 win at North Carolina two weeks ago, which both called attention to Renfrow's previous brilliance and renewed questions about his successor.

Renfrow's heir apparent hasn't emerged yet, but Clemson did put together a more polished offensive performance Saturday, compiling 552 yards of offense after accruing just 331 against the Tar Heels.

It started with the opening possession of the game.

"Just think we needed to get back and really establish who we are," Tigers coach Dabo Swinney said.

Trevor Lawrence lined up in shotgun on the game's first play. Faking a handoff to running back Travis Etienne, Lawrence reared back and found wide receiver Tee Higgins for a 40-yard gain down the right sideline. On the next play he tossed the ball to Etienne, who stopped on a dime and fired a pass to wide receiver Justyn Ross for a 23-yard gain. Death Valley exploded. The pressure was on.

"That was awesome to see," Lawrence said of Etienne's throw. "He's throwing in practice. He's hit most of them and they've all looked pretty good."

Four plays later, Lawrence tossed a shuffle pass to Etienne, who rushed 3 yards into the end zone, and before the end of the quarter, Lawrence scored himself on an 8-yard run up the middle.

The Tigers ran for just 125 yards in the North Carolina game, but in Saturday's blowout victory, they compiled 320 yards on the ground, and Etienne (17 carries, 127 yards) was named ACC running back of the week.

"The biggest thing is how we ran the ball today, the physicality we ran the ball with," Swinney said. "We were able to run around them a little bit...(Florida State) had to play a lot of snaps."

Indeed, Clemson possessed the ball for 39 minutes, 37 seconds, the longest time of possession for the program since Nov. 7, 1992. It made for a frustrating afternoon for Florida State's defense.

"Guys running the ball well gets the offense hyped, and that's what we love to do," offensive lineman Tremayne Achum said.

With the run game clicking, Lawrence took advantage of his time in the pocket and completed 17 of 25 passes for 170 yards and three touchdowns and one interception.

Five passes went to wide receiver Amari Rodgers, who many have pointed to as Renfrow's possible successor, given their similar body types (Rodgers is 5-10, 210 pounds; Renfrow is 5-10, 185 pounds) and skillsets.

Renfrow was in attendance Saturday to accept his 2018 Burlsworth Trophy, which is given annually to the best player in college football to start their career as a walk-on. He raised the trophy and soaked in the applause of the Clemson faithful.

Rodgers gained 43 receiving yards Saturday in addition to scoring on a 29-yard wraparound run early in the third quarter. He isn't quite at the level of Renfrow yet, but that's OK, Swinney said.

"Last week everybody was going, 'Oh, my God. We've lost Hunter Renfrow. What are we going to do without Hunter Renfrow?,' " Swinney said.  "(Rodgers) is a great player."

"All those guys are in treatment," Swinney said. "Hopefully they will be ready to go."

Cornerback Mario Goodrich was held out of Saturday's contest for an undisclosed disciplinary reason. Swinney said Goodrich will be back this week against Louisville.

NO. 3 CLEMSON at LOUISVILLE