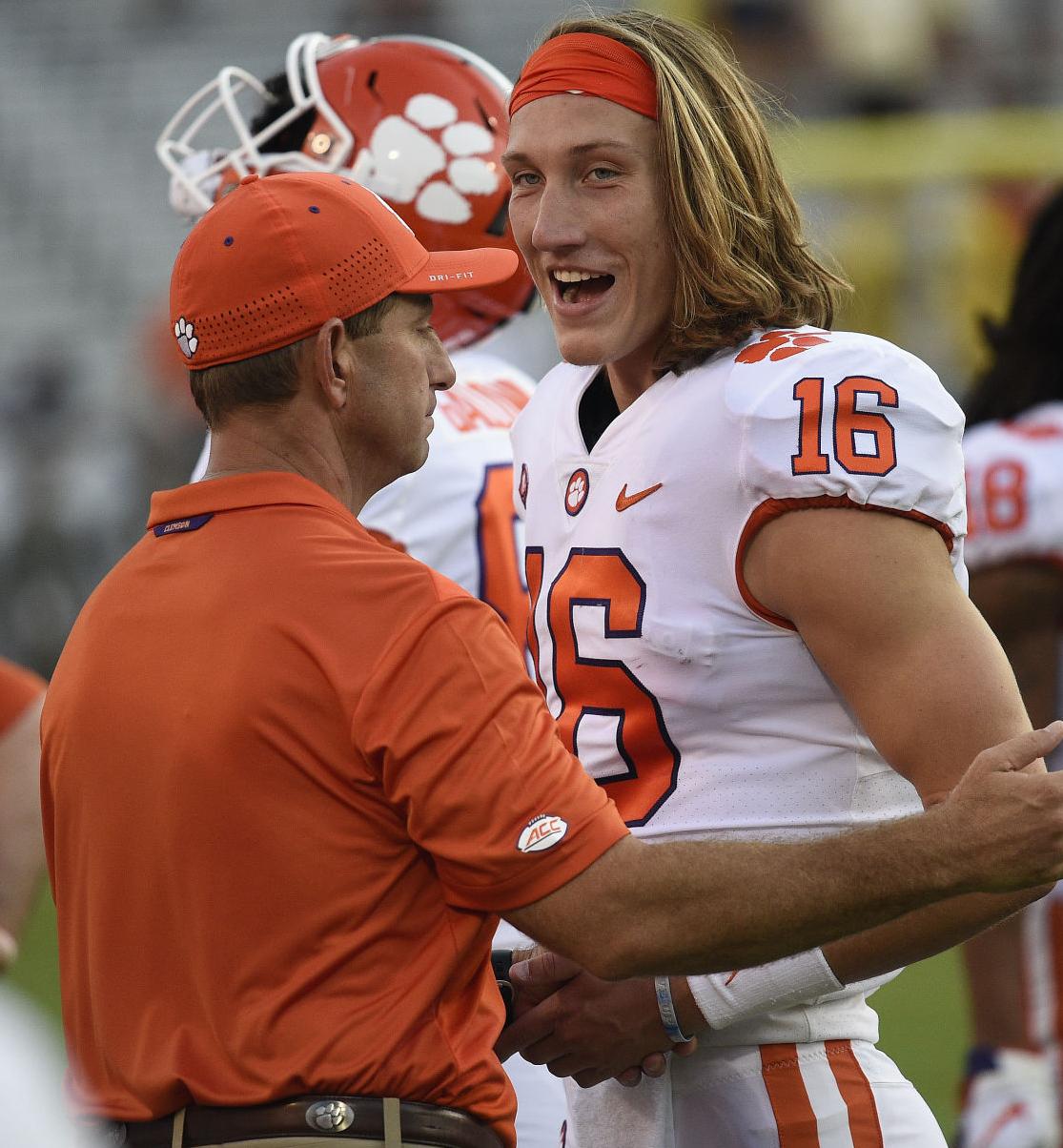 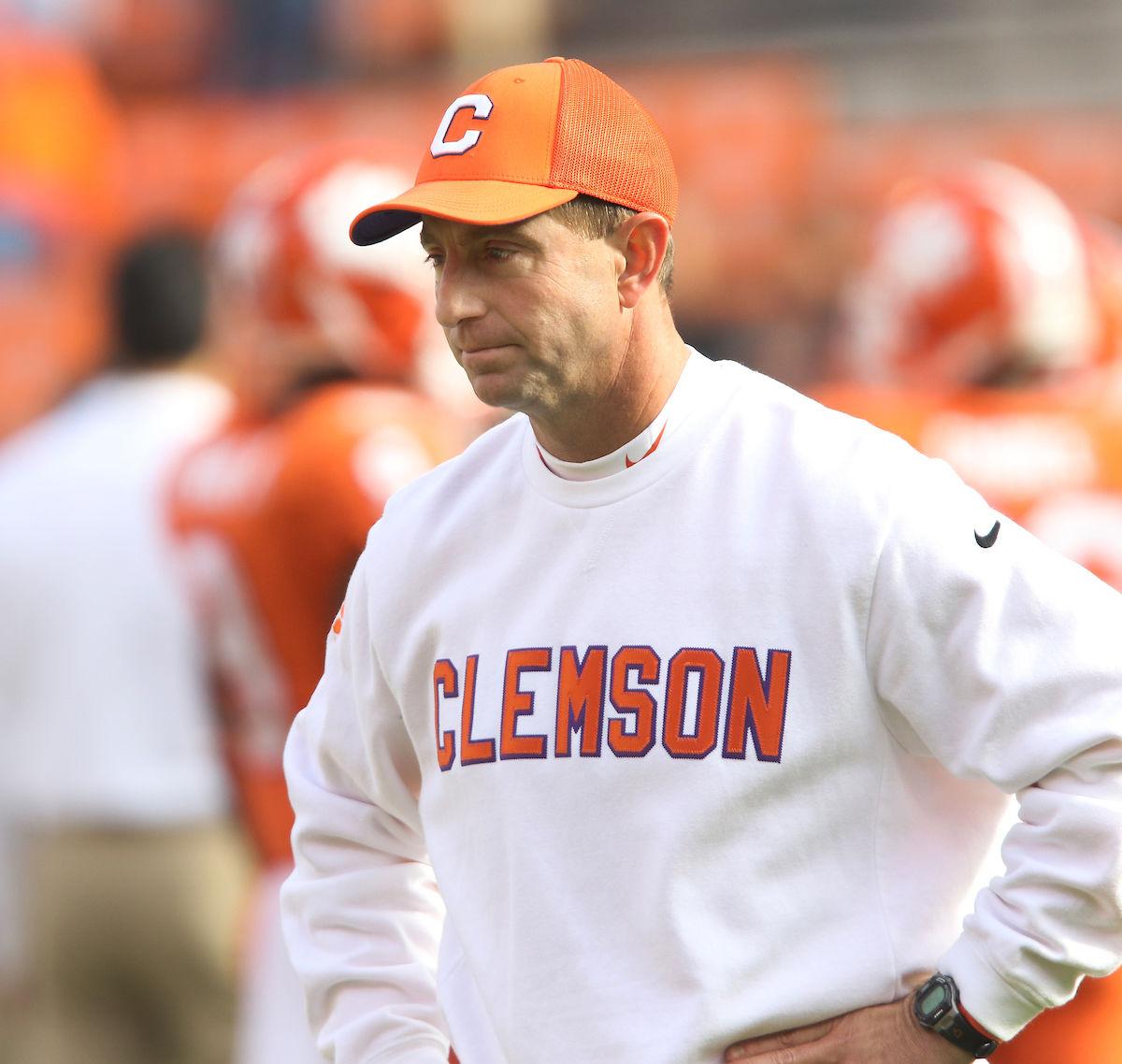 Coach Dabo Swinney was unhappy about reports that Trevor Lawrence had an MRI earlier in the season. File/John Byrum/Sideline Carolina

CLEMSON — Dabo Swinney normally portrays a sunny disposition to the public. He smiles. He cracks jokes. He spits out quirky aphorisms and unspools humorous tales. He does not get angry.

Wednesday evening was a different situation. His brow furrowed, Swinney unleashed a three-minute rant about quarterback Trevor Lawrence and a report that Lawrence had an MRI earlier in the season. Swinney was asked to confirm the report.

Lawrence was an expected Heisman Trophy contender going into the season, but has performed a bit below expectations in his sophomore campaign. Through five games, he has a 61.8 completion percentage to go along with 1,131 passing yards and five touchdowns against eight interceptions. He's also rushed 22 times for 100 yards and four touchdowns.

The sophomore struggled at times in the team's 21-20 win at North Carolina and finished 18 for 30 for 206 yards and one touchdown. He said it's refreshing that expectations have shifted a bit for the team.

"It's kind of nice now. Everyone says we suck. So we're kind of in the back seat," Lawrence said. "It's nice. We can just go to work and not worry about all the No. 1 expectations and all that."

on Tuesday, Swinney leaned into the recent national narrative surrounding his team, declaring the Tigers back on the "Rest of Y'all bus" after Clemson fell to No. 2 in the AP Top 25 poll, in favor of Alabama.

With Alabama back at No. 1, Clemson gets back on the 'Rest of Y'all' bus

"I'm glad that we've got people that have an opinion on Clemson," he said Tuesday. "That's great. That means we matter. Our program matters. It's good that people are talking about Clemson, good or bad."

Swinney did note that Lawrence suffered a bruise during the Texas A&M game on Sept. 2, and that players receive MRIs often, but did not directly confirm that Lawrence had an MRI.

He chalked up the situation to the lack of drama surrounding his team, and the need for media to manufacture some.

"It drives me crazy," Swinney said. "There's no drama on our team, so we just want to create some. Oh, Trevor missed a throw, he must be hurt. No. He's human. He's. Human. Alright? So here's what I'm confirming: Trevor Lawrence is a great football player, and a great leader, and there ain't nothing wrong with him."

Safety Tanner Muse suffered a strained hamstring against North Carolina and left the game early. Swinney downplayed the injury and noted that Muse has practiced this week. Swinney expects Muse to suit up Saturday against Florida State.

Sapakoff: How little ‘ol Clemson will do vs. paid players, bigger schools

FLORIDA STATE AT NO. 2 CLEMSON