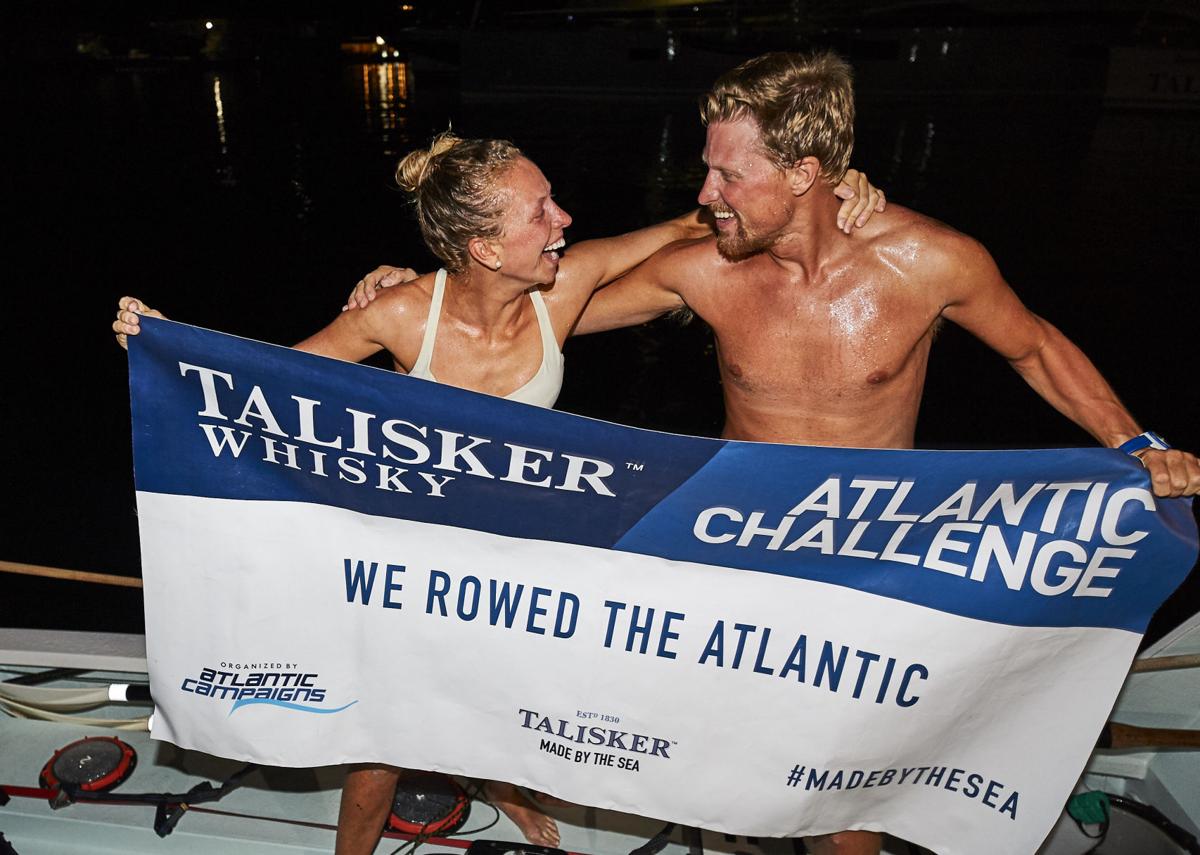 Cameron and Anna McLean rowed into Antigua's English Harbor on the evening of Jan. 24 after more than six weeks at sea. Ben Duffy/Provided 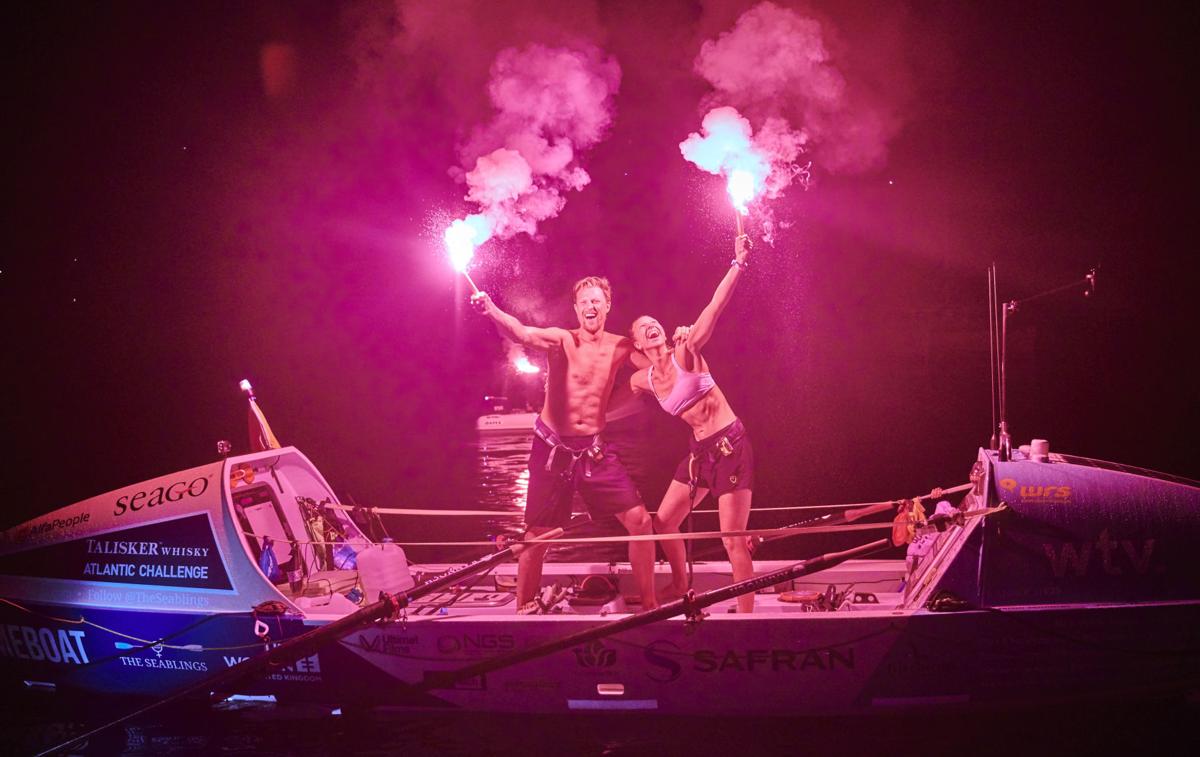 Anna and Cameron developed new respect for another during the row. Ben Duffy/Provided 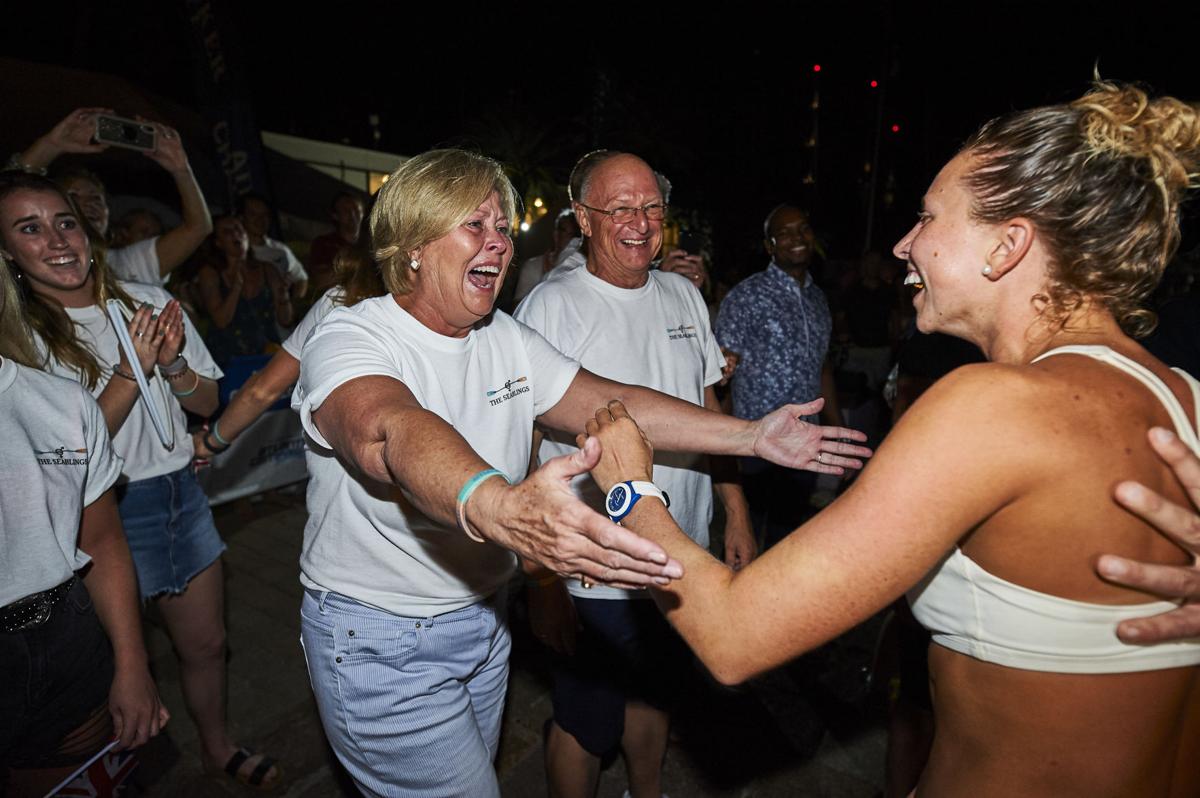 Anna and Cameron's parents, Andrew and Susan, were waiting for them at the finish line. Ben Duffy/Provided 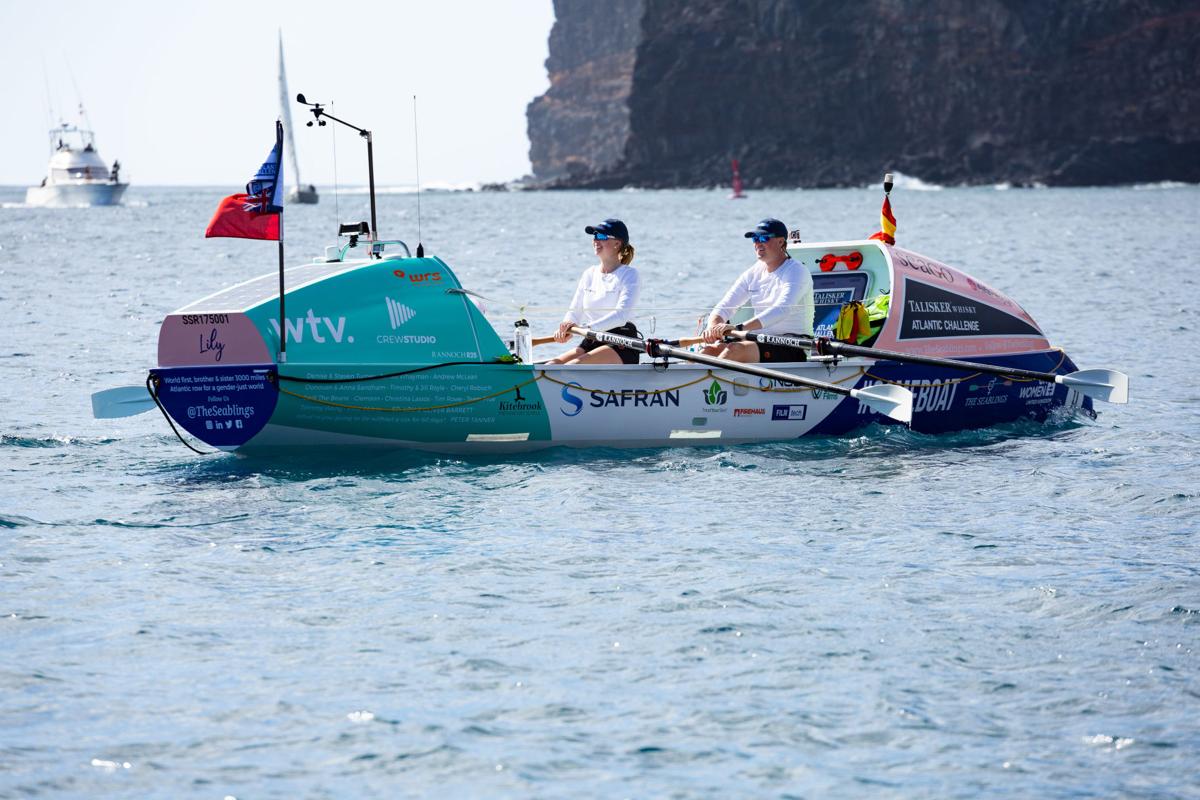 CLEMSON — From the middle of the Atlantic Ocean, Anna McLean developed a new relationship with the sun.

Light — and in the evenings, the lack of it — played an intimate role in the former Clemson rower's life for more than six weeks at sea. On Dec. 12, Anna and her brother, Cameron, had set off from La Gomera, Canary Islands, to Antigua as part of the Talisker Whisky Atlantic Challenge. They rowed in two-hour shifts, chopping away at the 3,000-mile trek amid fatigue and homesickness.

And the siblings from the United Kingdom bore a social burden: After two years of campaigning and raising funds, they were attempting to become the first brother and sister to row any ocean. The "Seablings," as they called themselves, partnered with UN Women and were rowing for gender equality in a race normally dominated by men. One side of their 24 x 4-foot boat, Lily, read #sameboat.

The sun helped to keep things in perspective. At times it would rise while the moon was still out, and as Anna took in the scene a rainbow would appear. A portrait of natural beauty.

Sometimes it was calming to bask in that stillness. Other times, during nights when the moon was not around to provide muted light, it was like "being on a rollercoaster blindfolded." There was one evening, when the waves were so massive she lost her peripheral vision, that Anna thought she might die.

It was a test of Anna and Cameron's will, and of their relationship. Many crews to complete the journey never speak again.

On the evening of Jan. 24, 43 days, 15 hours and 22 minutes after pushing off the starting line, the McLeans sailed into Antigua's English Harbour as friends and family — including their parents, Andrew and Susan, to whom they promised they were not embarking on a death sentence — cheered.

They looked different. They were thinner and tanner; Cameron, 32, had grown a goatee. They also had lessons to share with the world on communication, strength and, most prominently, gender roles — a point of passion for Anna, who works in the male-dominated technology field.

They followed a rigid schedule. While one sibling rowed, the other slept in the cramped, sweaty cabin. After two hours they'd switch. It was imperative to keep the cabin door shut, because in the event the boat capsized, it would not be able to right itself if water got in the cabin.

"I'd hear a massive bang and then complete silence. I'd think 'Has she gone overboard? Is she rowing?'" he said. "I had the urge to immediately open the cabin door. I had to learn how to control that. ... She just demonstrated her extraordinary power to be an equal partner."

They were partners with a singular goal: Forward progress. The sea swallowed extraneous wants and desires, rendering the two deferent to the boat's needs. They had two buckets. The gray one was for showering; the orange for urination and defecation. Dehydrated meals were filled with water and set out on the deck to 'cook' under the sun.

When they were both awake, they kept each other company. They created fake television shows and penned song lyrics. When Cameron slept, Anna let her mind wander.

Her introduction to the sport came through long days on the riverside, munching on bacon sandwiches as her brother, seven years her senior, competed for his school. If Cameron could succeed at rowing, Anna thought, so could she.

Then she fell in love.

"Being on the water is the most magical thing in the world," Anna said. "You escape everything. Your mind goes to a place you're not even thinking about it in life, you're so focused on the speed and rhythm of the boat."

That passion carried her to Clemson and then to the Atlantic, where life went swimmingly the first month. On day 30, for the first time since they left, Anna and Cameron spotted another human. It was the officer on the support yacht, and he had some questions: Was their equipment working? Were Anna and Cameron healthy?

"We feel like they kind of jinxed us," Anna said, chuckling.

The next day their speaker broke. No more music. And when Anna woke for her shift at 4:00 a.m., she noticed Cameron was rowing with only his arms, leaning his right leg off the side of the boat. He crawled back to the cabin, and when it came time for them to switch, Cameron refused. He was in too much pain. A microscopic graze on his knee had gotten infected, spread to his blood and rendered him extremely ill.

For 36 hours straight, Anna rowed by herself.

"I couldn't see it anymore as my shift or his shift," she said. "There was only one engine on the boat and that was me."

Moving beyond tragedy, Clemson pitcher and her family unite around softball program

At one point, her eyes flickered shut but her body kept moving. She was sleep rowing. Eventually, Cameron emerged to relieve his sister. He was only about 30 percent better, he said, but he knew Anna needed rest.

He was proud of his sister's grit, but the episode created something of a rift.

"It was hard to know: Should I fill his water up because he's sick, or should he fill my water up because I'm the one doing all the work?" Anna said. "I didn't give him as much sympathy as I wish I had. At the time, I didn't realize how much pain he was in. I was so focused on competing and winning and racing."

They hashed things out once Cameron was at full health.

"We eventually came together and realized actually we love each other and we needed each other more than ever during those moments," Anna said.

"We came back stronger, and I understood what she was going through in those (36) hours," Cameron said.

It was a Friday night, at about 11:30 p.m., when they crossed the finish line. The media boat came alive with lights, coast guards flashed sirens and rum-swilling locals roared.

Anna and Cameron, toting handheld red flares, smiled through their delirium. They stood and hugged their bodies together, each hanging on to the other to keep from falling.

They finished third out of seven pairs, but the real victory was in the lessons learned. Too often in everyday life, Anna said, people don't take time to appreciate what's happening outside outside their windows — especially now, with much of the world's population in coronavirus lockdown.

But surrounded by the water for weeks on end, she found a deep appreciation for the star at the center of the solar system.