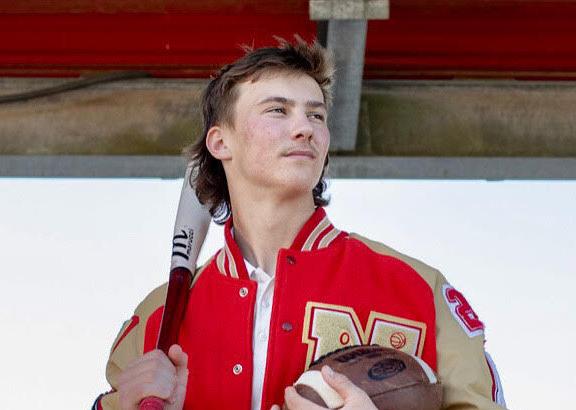 Bubba Chandler starred in football and baseball at North Oconee High School in Bogart, Georgia, before signing with Clemson. He was picked in the third round of the Major League Baseball draft by the Pittsburgh Pirates on June 13, 2021. Photo provided 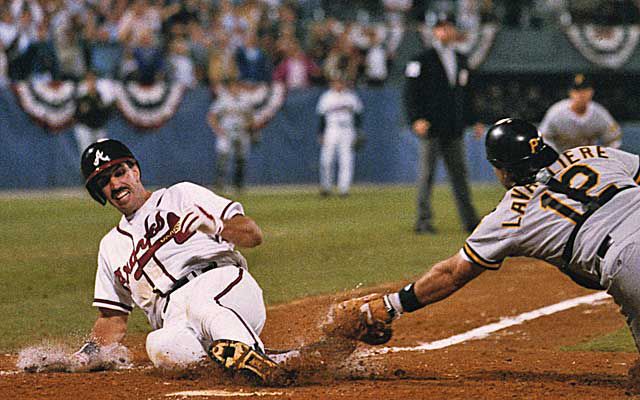 Sid Bream slides home to give the Atlanta Braves a 3-2 victory over Pittsburgh in the 1992 National League Championship Series. The Pirates have been to the playoffs only three times since and haven't won a series. File/AP

Only to get a hard lesson in soft MLB economics. The Pittsburgh Pirates picked Chandler in the third round July 12 and the Bogart, Ga., resident immediately identified himself on Twitter as “Ball player for the Pirates” (but still with bio photo in Clemson football gear).

Yes, the Pirates by underpaying their earlier draft picks can easily offer Chandler more signing bonus cash than the $870,700 slot value designated for his draft spot.

But as Yogi Berra said, “It ain’t over till it’s over.”

If Clemson Nation – fans, business owners, fellow travelers – cannot woo a two-sport fella named Bubba to campus via new Name, Image and Likeness freedom, then what is NIL for anyway?

NIL means college athletes can cash in on their popularity.

• A quarterback linked to one of the best, most popular football teams in America

• A splendid Southern name and image for any marketing whiz liking Name, Image and Likeness

Even if Chandler is about to sign on the dotted MLB line, it’s never too late to back out into the back country where Bubba is a way of life.

Pickens County, S.C., is as Bubba as Bubba gets. All demographic studies show it as one of most Bubba counties in America. In fact, a fresh survey conducted by government officials knocking on doors found there are more Bubbas in metro Clemson than in all of California and Arizona combined.

Such a comfy landing spot for a young man from The Waffle House State.

Whereas those Pittsburgh people don’t even know how to spell the nickname right.

The Clemson baseball program was watching three elite prospects closely as the 2021 MLB draft unfolded: Chandler, outfielder/wide receiver/quarterback Will Taylor of Irmo and catcher Joe Mack of East Amherst, N.Y. Mack went No. 31 overall to the Miami Marlins, but Taylor wasn’t picked in the first two days of the draft.

Going 1 for 3 typically makes for a nice .333 baseball batting average, though not here.

Reaching the status of Meatloaf’s classic “Two Out Of Three Ain’t Bad” ballad still seems doable with a little ingenuity and some clever NIL contracts.

Sure, you’ll never find your gold on a sandy beach. But having Chandler and Taylor in the Clemson football/baseball fold sounds like finding a Coupe de Ville hiding at the bottom of a Cracker Jack box.

Coincidentally, this is the 25th anniversary of the 1996 MLB draft, which also had a major Clemson twist with pitchers Kris Benson and Billy Koch going No. 1 and No. 4 overall.

That was fun. The 2002 draft was a Clemson nightmare, and had an impact on football. Zack Greinke, Jeff Francoeur, Jeremy Hermida and Matt Whitney were all Clemson signees selected during the first 33 picks.

But Chandler with minimal research will find that while a few million dollars goes a long way anywhere, the Pirates stink.

Except for three National League playoff appearances from 2013-2015 – a build-up outlined in former Post and Courier Clemson beat reporter Travis Sawchik’s bestseller “Big Data Baseball” – the Pirates have missed the playoffs since 1992.

That was the October that Sid Bream slid in with the winning run and the Pirates lost Game 7 of the National League Championship Series to the Braves in Chandler’s home state of Georgia.

It’s hard to talk a smart family out of good money.

Unless, perhaps, it’s with better money.

Any Clemson argument might close by pointing out that all Bubbas know the Pirates are a laughingstock in the South and that this Bubba, if sentenced to Pittsburgh, will spend regular seasons looking up at Atlanta in the National League standings.

And offseasons wondering about Waffle House endorsement checks that could have been cashed as a college student.