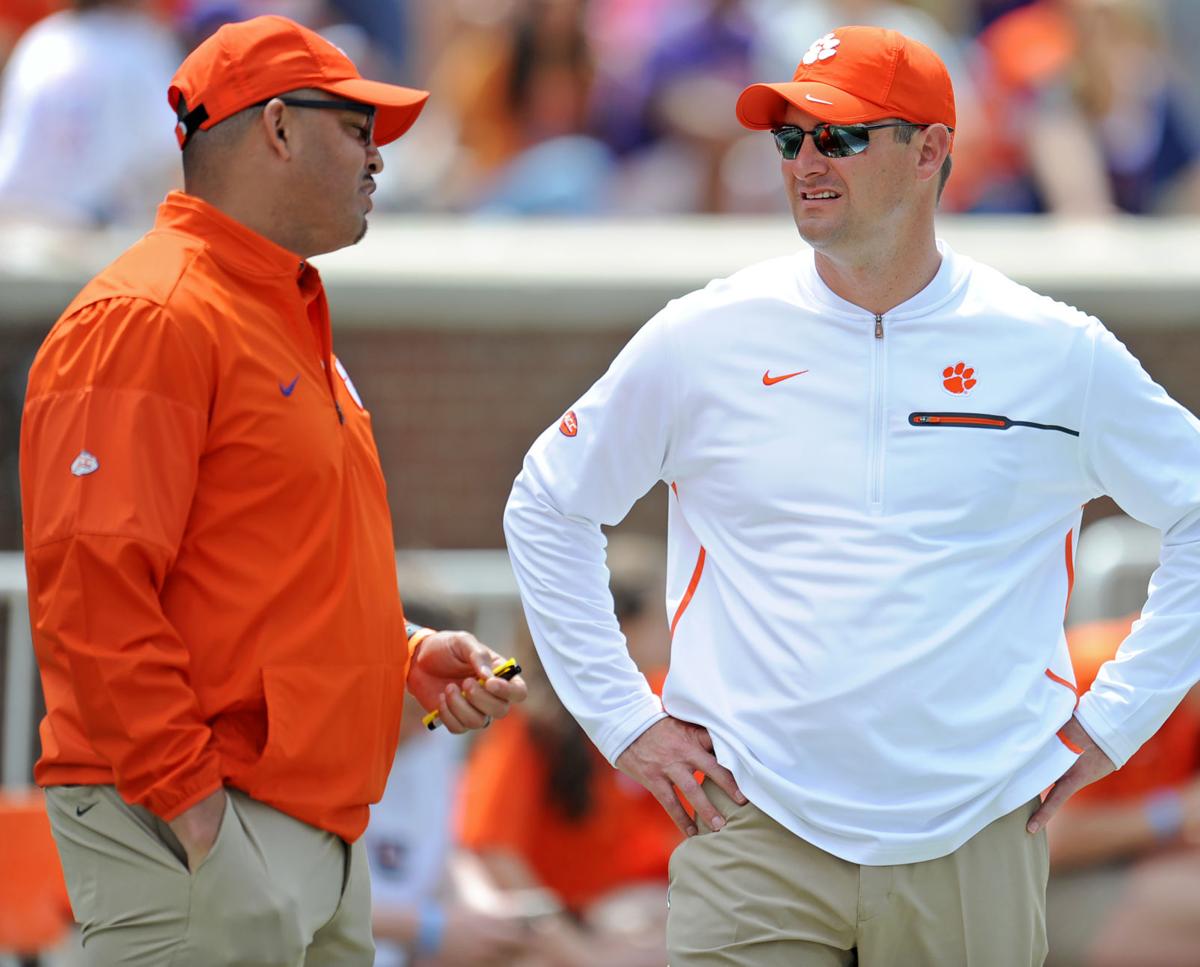 Clemson's matchup against LSU on Monday night in the College Football Playoff national championship game is the last for Tony Elliott (right) and Jeff Scott as co-offensive coordinators as Scott is moving on to the University of South Florida as head coach. Clemson is 70-4 since they started in their current roles. Gwinn Davis/Special to The Post and Courier 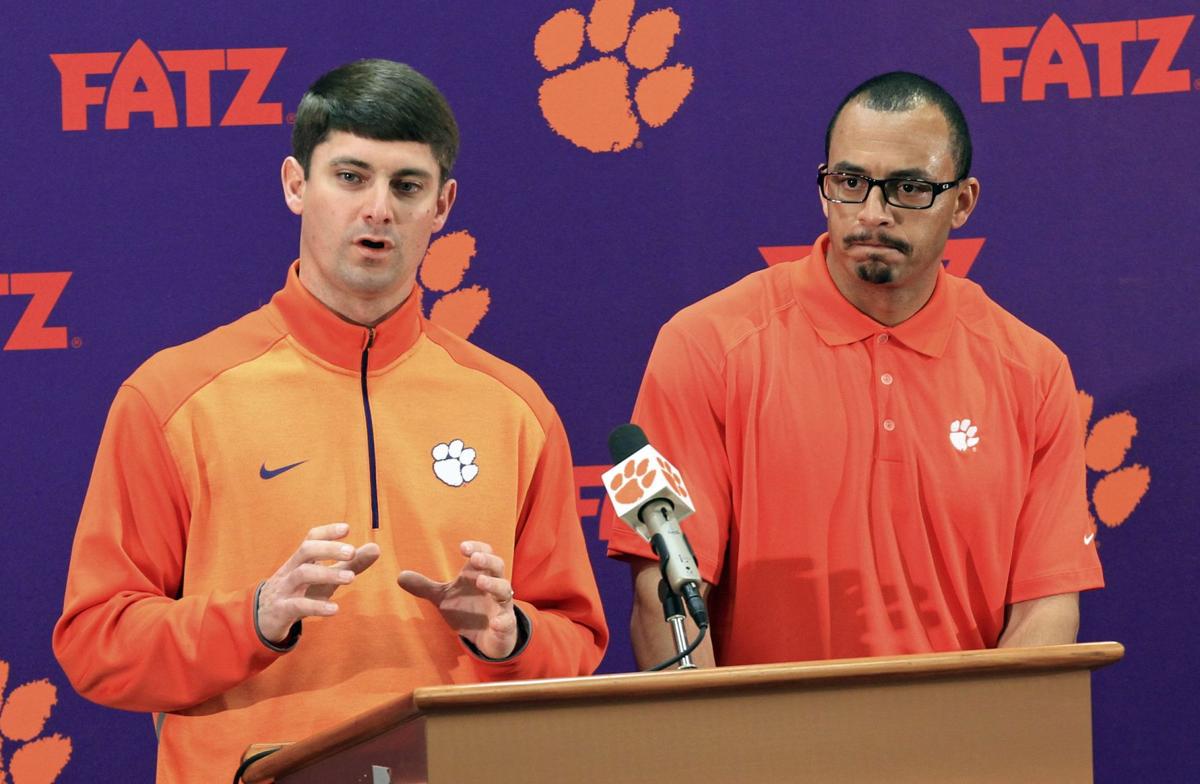 NEW ORLEANS — Tony Elliott and Jeff Scott met as teenage Clemson wide receivers. Paired off in pregame warmups, they helped each other stretch before the Gator Bowl back in 2001.

Elliott, 40, and Scott, 39, spent much of Sunday paired together again. Huddled in a Hilton Riverside suite with fellow Clemson assistant coaches, they ignored the fog above the Mississippi River outside while looking for a clear path to victory over LSU on Monday night in the College Football Playoff national championship game at the Superdome.

It’s the last ride for Elliott and Scott as Clemson co-offensive coordinators.

Elliott gets a title all to himself starting Tuesday morning.

It’s nothing less than one of the great assistant coach tandems in recent college football history, greatness lost in the shadow of head coach Dabo Swinney and Clemson stars.

And to think there were two schools of observer thought as Elliott and Scott were promoted to take over for Chad Morris when the guru offensive coordinator left Clemson to become head coach at SMU following the 2014 regular season:

But if mere friendship always translated to on-field success, college football management types would have started tapping into the buddy system years ago.

These two guys are exceptionally sharp: Elliott earned a degree in industrial engineering and worked for a while in private business; Scott soaked up all he could from his father, former South Carolina head coach Brad Scott, in his 21st season on the Clemson football payroll.

They also have a keen understanding of roles.

“We knew we were tied to each other’s aspirations,” Elliott added.

Jeff Scott has been busy in New Orleans preparing for LSU’s powerhouse, but he gets that this is a series of last, special moments.

“It’s hard to believe it’s gone by this fast,” Scott said of Clemson’s co-coordinator concept. “It’s been absolutely incredible. I definitely have enjoyed my entire time with Tony. Both of us, wherever our careers take us, will hold dear the time we’ve had at our alma mater, the success we’ve had together and as a team.”

The Scotts will leave for Tampa, with Brad Scott serving in an official support role to the rookie head coach.

Elliott won’t be a co-coordinator anymore (though quarterbacks coach Brandon Streeter gets bumped up to “passing game coordinator”).

But not before one more ballgame.

“I’m not sure their situation would have worked everywhere; sometimes personal motives get in the way,” Brad Scott said. “But Jeff and Tony are so happy for each other’s success. It’s a beautiful thing to watch.”

Unless, of course, you were on the losing side of that 70-4 record.

Gamecocks awaiting word from running back who recently decommitted from Pitt

South Carolina is looking to add another running back to the 2020 class and the Gamecocks will learn this week if it will be Henry Parrish of Miami.

Clemson sophomore quarterback Trevor Lawrence suffered his first college loss as the Tigers fell to LSU in the College Football Playoff national championship game. Lawrence fared better after the game, crediting LSU and taking the blame even as coaches and teammates had his back.