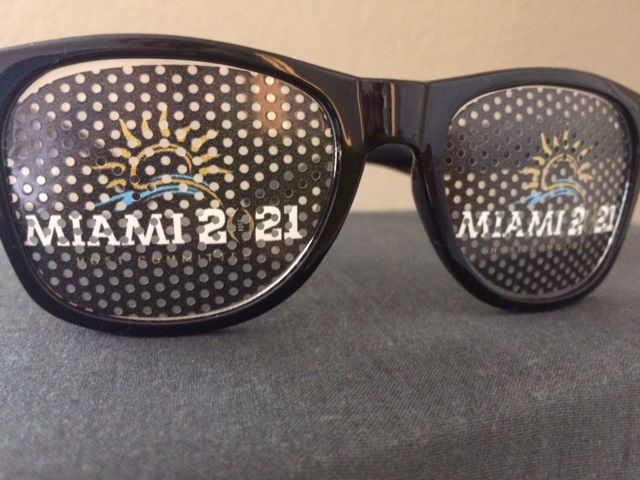 Clemson has opened as the top Las Vegas favorite to reach the 2020 College Football Playoff. The next national championship game is set for Miami, and South Florida promoters were in New Orleans on Tuesday morning handing out sunglasses. Gene Sapakoff/The Post and Courier 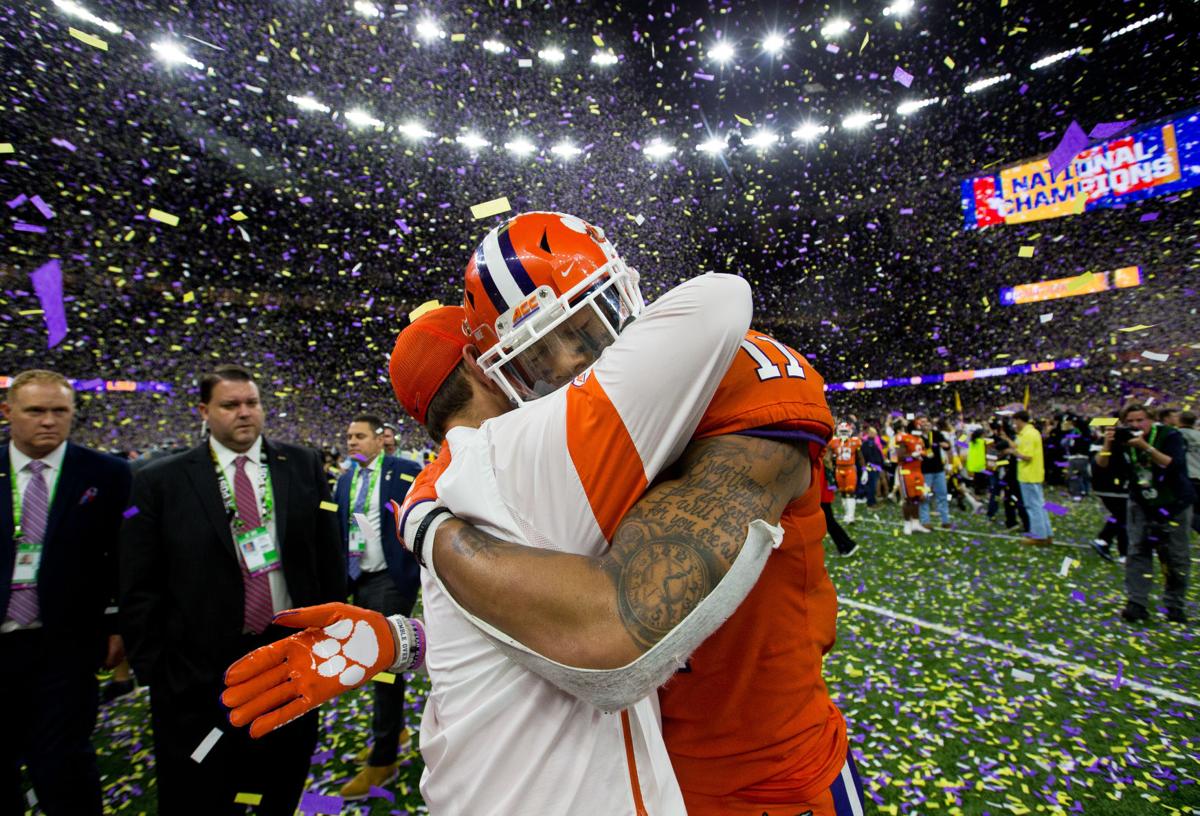 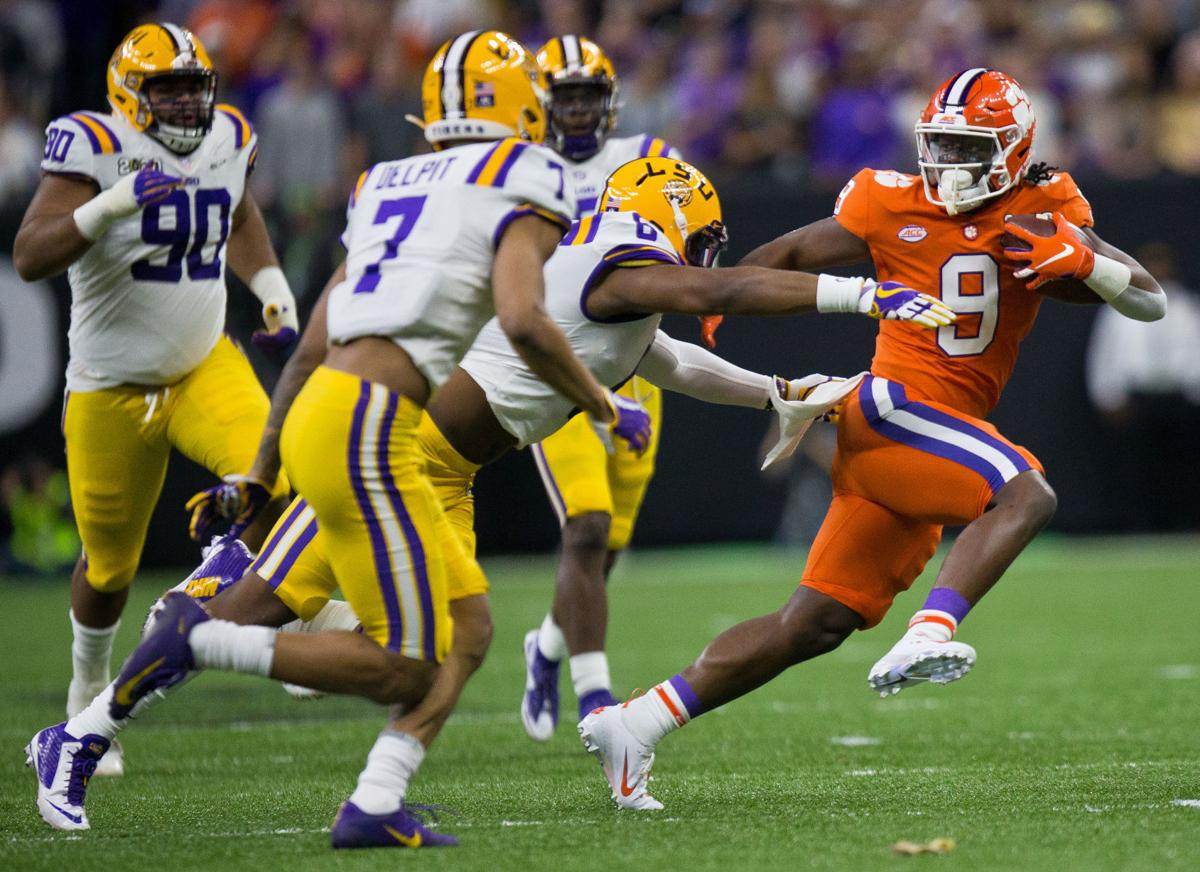 Clemson has opened as the top Las Vegas favorite to reach the 2020 College Football Playoff. The next national championship game is set for Miami, and South Florida promoters were in New Orleans on Tuesday morning handing out sunglasses. Gene Sapakoff/The Post and Courier

It wasn’t about a home-state advantage that had LSU playing in Baton Rouge’s Superdome suburb, either. The Bayou Bengals’ 42-25 victory in the College Football Playoff national championship game featured Joe Burrow and Co. simply outplaying and outsmarting the defending champs.

"Tonight was all about LSU," Clemson head coach Dabo Swinney said. "What an unbelievable game."

As Clemson clearly was the top team in college football last year, LSU is a cut above this season.

Burrow (aka Burreaux), the transfer from Ohio State who won a Heisman Trophy, a national title and hearts from Shreveport to Grand Isle.

"What we did tonight cannot be taken away from us," Burrow said. "This is going to be remembered for a long time."

But while LSU’s undefeated steamroller snapped Clemson’s 29-game win streak that started after a 2018 Sugar Bowl loss to Alabama on the same Superdome field, the good times still roll.

Swinney and Co. can’t wait to get back to New Orleans.

That’s right, the Superdome is the site of a College Football Playoff semifinal next year.

If Clemson isn’t No. 1 in preseason polls this summer, it’s probably No. 2 behind Ohio State. Or, if you prefer early Las Vegas predictions, Clemson on Monday night opened at the Caesars Sportsbook as a 2-1 favorite to make the 2020 playoff. Alabama is 4-1, LSU 9-2 and Ohio State 7-1.

"We're going to have our banquet next weekend," Swinney said. "We'll celebrate this wonderful group of seniors the right way and then we'll get back to work and see if we can get back here."

You never how many shots a sports organization gets at a championship over a short period, but Clemson is built to challenge for a third national title in five years.

And last a while.

Big Easy heartbreak is soothed by a bigger picture.

There were 80 freshmen and sophomores in orange uniforms Monday night.

Burrow started slow but adjusted to defensive coordinator Brent Venables’ different looks, including creative use of safety Tanner Muse as both a cornerback and linebacker.

Heady linebacker James Skalski was ejected for a targeting call in the third quarter.

The next decade starts now.

“My grandmother always told me about the roaring ‘20s,” Swinney said a few times while in New Orleans.

“I think we have a chance to be better next year,” Swinney kept saying. “We’ve had one No. 1 recruiting class in 11 years (with Swinney as head coach) and we just had it.”

Clemson and LSU fans united to cheer President Donald Trump (and offer “U-S-A” chants) before the game, but the fan bases might not get back together for a while.

There was so much more pressure Monday night on LSU, tasked with capping a spectacular season with a gift-wrapped Louisiana game site.

It was Burrow’s final game.

Brady, the hotshot passing game coordinator, might bolt for an NFL job, maybe the Carolina Panthers.

Next year, it’s Alabama, Auburn and Texas A&M taking aim and knocking LSU down a peg, and that’s just half the SEC West posse.

Clemson, and no doubt partly because of the softer ACC path, has more breathing room.

Not just next year, but into the roaring ‘20s.

A rare loss dropped these Tigers to 69-5 over five seasons, with three of those losses coming in national championship games (and upsets by Pittsburgh and Syracuse).

Asked Sunday to describe his program’s progress over the last decade, Swinney was quick to respond.

“Transformative,” he said. “Is that a word?”

The big-picture Clemson perspective relative to the LSU game is perhaps best captured in the words of Hunter Renfrow, asked by Swinney to speak to the team after a campus practice before the Tigers left for New Orleans.

“Look at it this way: You have mat drills in two weeks,” Renfrow added, spinning ahead to workouts designed to prepare for next season.

Such is life inside the roaring ‘20s, even when the start of the decade isn’t that much fun against a better Tigers team.