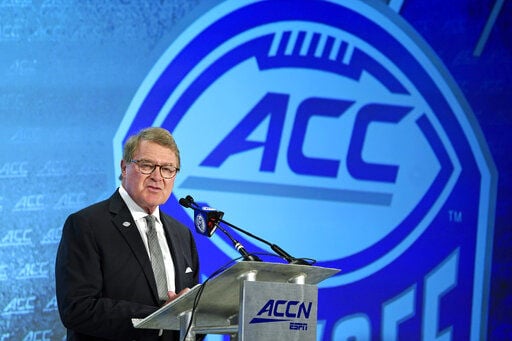 ACC commissioner John Swofford has announced his retirement, which gives the ACC a great opportunity to look carefully at a talented group of candidates, each of whom would bring diversity, ACC ties or both to the job. Chuck Burton/AP 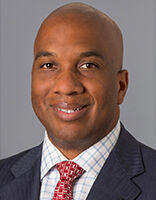 “The enterprise is so valuable to the society, to the community, to the student-athletes and everyone who participates in it,” Gill said on The Paul Finebaum Show last week, “that if we can find a way to safely play, following the advice of our medical professionals, we should.”

He was speaking as commissioner of the Sun Belt Conference. It would have been an astute comment from ACC headquarters, too.

That’s just one of many reasons why Gill, a former Duke running back, makes an ideal candidate to replace John Swofford, who last week announced his retirement upon the end of the 2020-2021 sports season. These are huge shoes to fill; Swofford over 24 years as the ACC’s longest-tenured commissioner guided the conference from a nine-member “basketball conference” to a 14-member league that also counts Notre Dame in all sports but football.

It’s also great timing if conference presidents want to draw from a deep pool of excellent candidates that bring both diversity and ACC ties to the job. The ACC family links are notable; Swofford jumped into his role in 1997 as a former North Carolina football player serving as North Carolina athletic director.

This is not an official list. There are many outstanding options out there, and other names mentioned in speculation as candidates include Clemson athletic director Dan Radakovich and Clemson president Dr. James P. Clements.

But these eight bright people are not just ideal as fresh 2020 inspiration but professionally well-positioned for any year.

In no particular order:

Gill, a former athletic director at Richmond and a 1994 Duke grad, has been Sun Belt commissioner only since March of 2019. But he’s also been an executive associate commissioner in the Atlantic 10 Conference where he had a lot of basketball, TV and digital responsibilities.

Other career stops include Vanderbilt, Oklahoma, American University and two stints in the NCAA office.

Hey, look, another conference commissioner with Research Triangle ties. McGlade has run the Atlantic 10 Conference since 2008, boosting the league’s image with major TV and digital deals. She also had a blast watching A-10 members George Mason and VCU make Cinderella runs to the men’s basketball Final Four.

Bonus points: McGlade was in the ACC office for 11 years and worked at Georgia Tech for 17 years, including seven seasons as women’s basketball head coach. She has two degrees from North Carolina (1976-1981).

The Ivy League’s Executive Director since 2009, Harris is a 1993 Duke Law School graduate who has made bold calls throughout the COVID-19 crisis. She oversaw adding Ivy League men’s and women’s basketball tournaments along with major TV and digital strides.

Coming from the most academic-minded league fits well with the ACC, which always has enjoyed the student-athlete model, albeit with a few scandals. But Harris’ watch has included 16 national championships, too.

It’s a long title: Duke’s senior deputy director of athletics for administration/legal affairs and chief of staff. King is a Notre Dame graduate (Class of 2000) with a Tulane law degree and has worked at Duke since 2008.

Versatility, connections, experience … King has primary administrative duties for Duke’s football and women’s basketball programs, co-teaches a Duke sports business class (with Duke AD Kevin White) and is chair of the NCAA Division I Women’s Basketball Committee for the 2020-2021 season.

Williams made history at Virginia in 2017 when hired as the first African-American woman to run an athletic department at a Power Five university. She didn’t hire Tony Bennett or Bronco Mendenhall but it’s been under her watch that the basketball team won the 2019 NCAA championship and the football team reached its first ACC Championship Game.

Meanwhile, Williams, formerly a deputy director of athletics at Georgia, is presiding over $180 million worth of facility upgrades. She has also worked at Vanderbilt and Florida State and played basketball at Georgia (1987-89), where she was a teammate of Charleston’s two-time Olympic gold medal winner Katrina McClain.

The ACC’s executive associate commissioner and chief of external affairs, Yakola is a 1998 Clemson graduate who has been learning from Swofford for virtually his entire ACC tenure. She has been in the ACC office for 22 years, starting as a college intern.

The resume includes a lot of communications and marketing work, plus coordination of academic initiatives and major event planning, including work at College Football Playoff national championship games.

This is Akin’s second stint in the Georgia Tech athletic department, where she has been associate athletics director for student-athlete development and senior woman administrator since 2016. She returned to Georgia Tech after a 12-year run as athletic director at Agnes Scott College in Decatur, Ga.

A 1991 Kansas State grad, Akin has held sports marketing jobs at Auburn and N.C. State and was on basketball staffs at UNC Wilmington and Kansas State.

Strawley, a powerful presence in Coral Gables, is deputy director of athletics and chief operating officer at Miami, where she started in 2012. Her reach includes positions on the ACC Television Committee and the ACC Football Schedulers Group.

A former Penn softball player (Class of 1998), Strawley has done two tours at the NCAA office and was an associate AD at Columbia from 2007-2010.