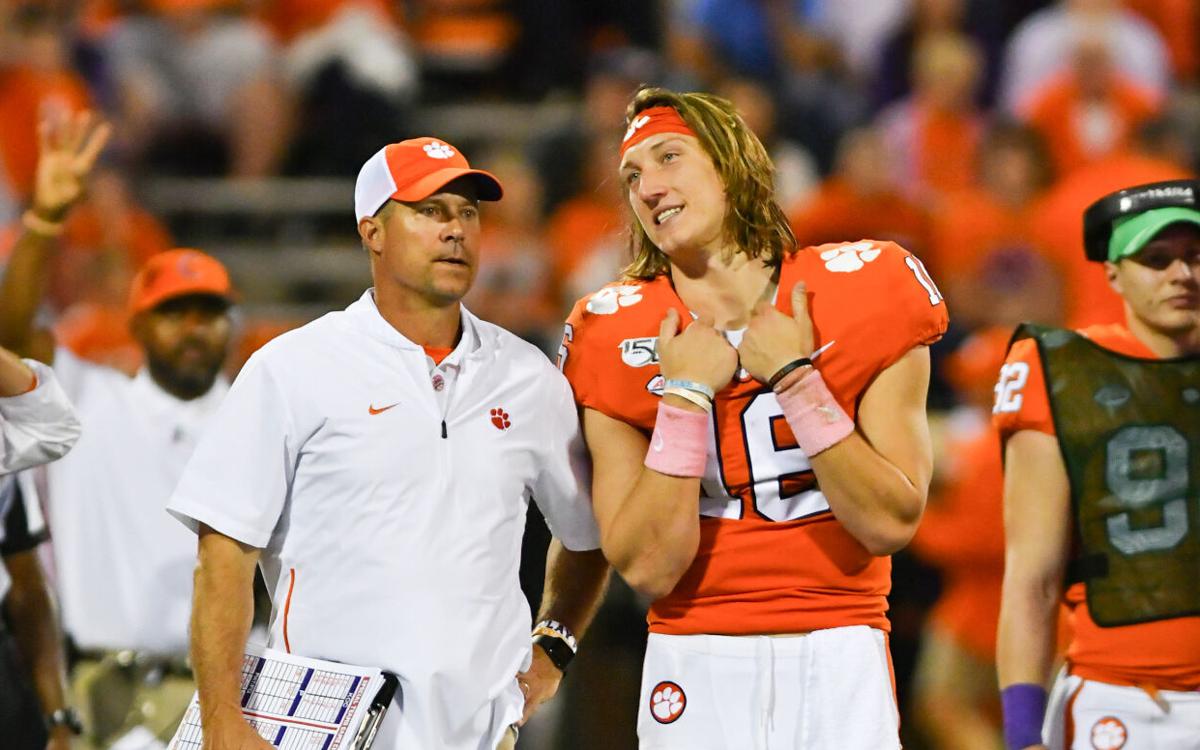 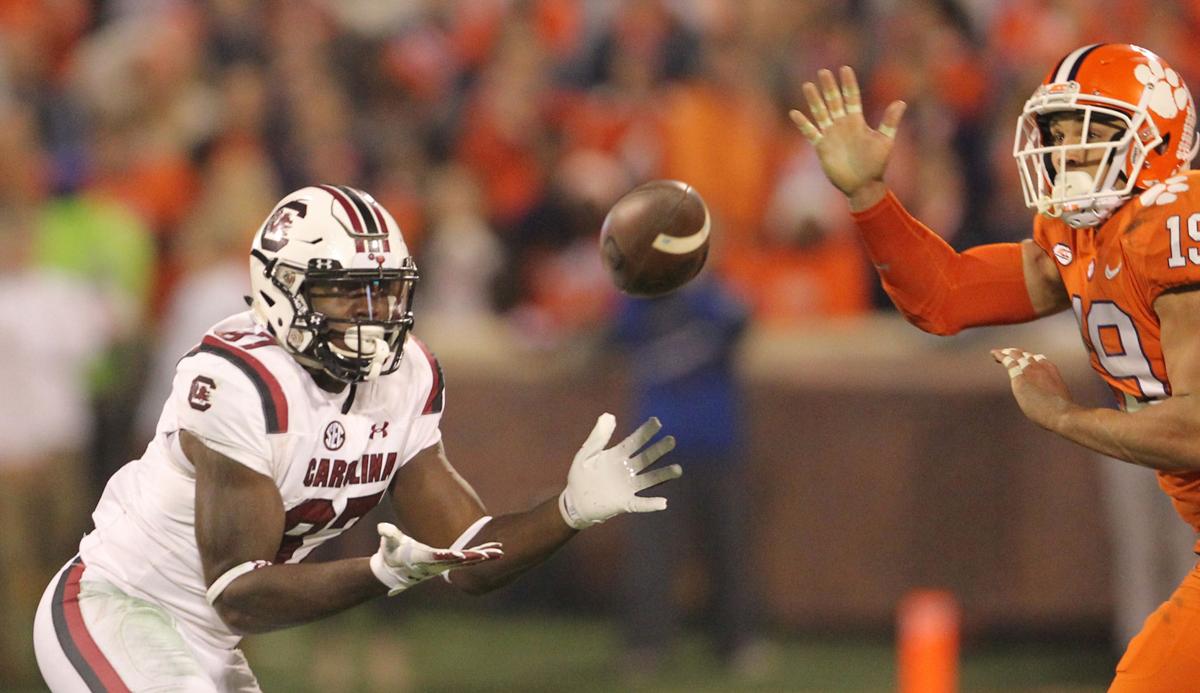 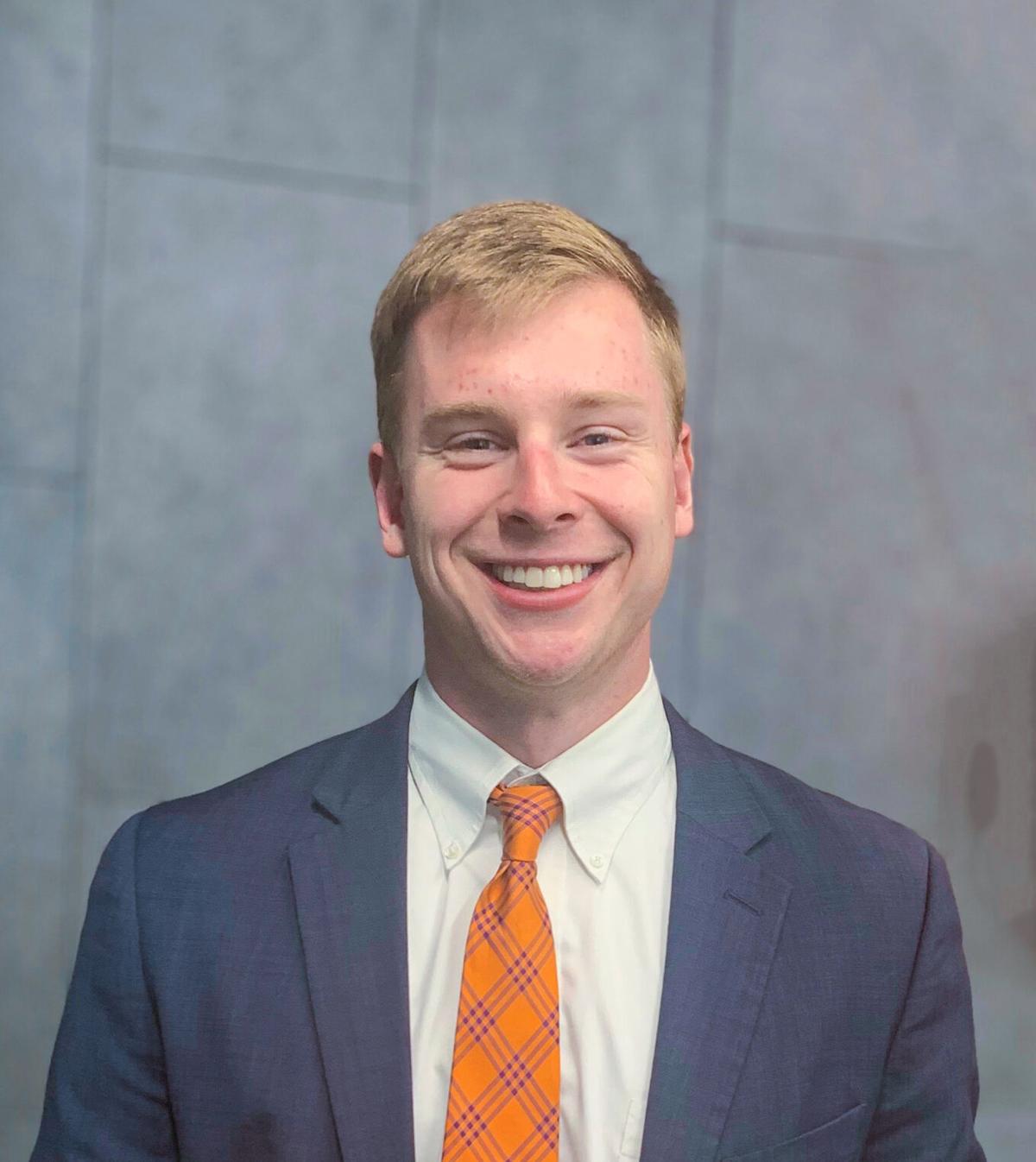 Jacob Maloney is a Clemson graduate student in his fifth season as an analyst on Dabo Swinney's football staff. Maloney is compensated with a scholarship as are Clemson's five other graduate assistants. Clemson Athletic Department/Provided 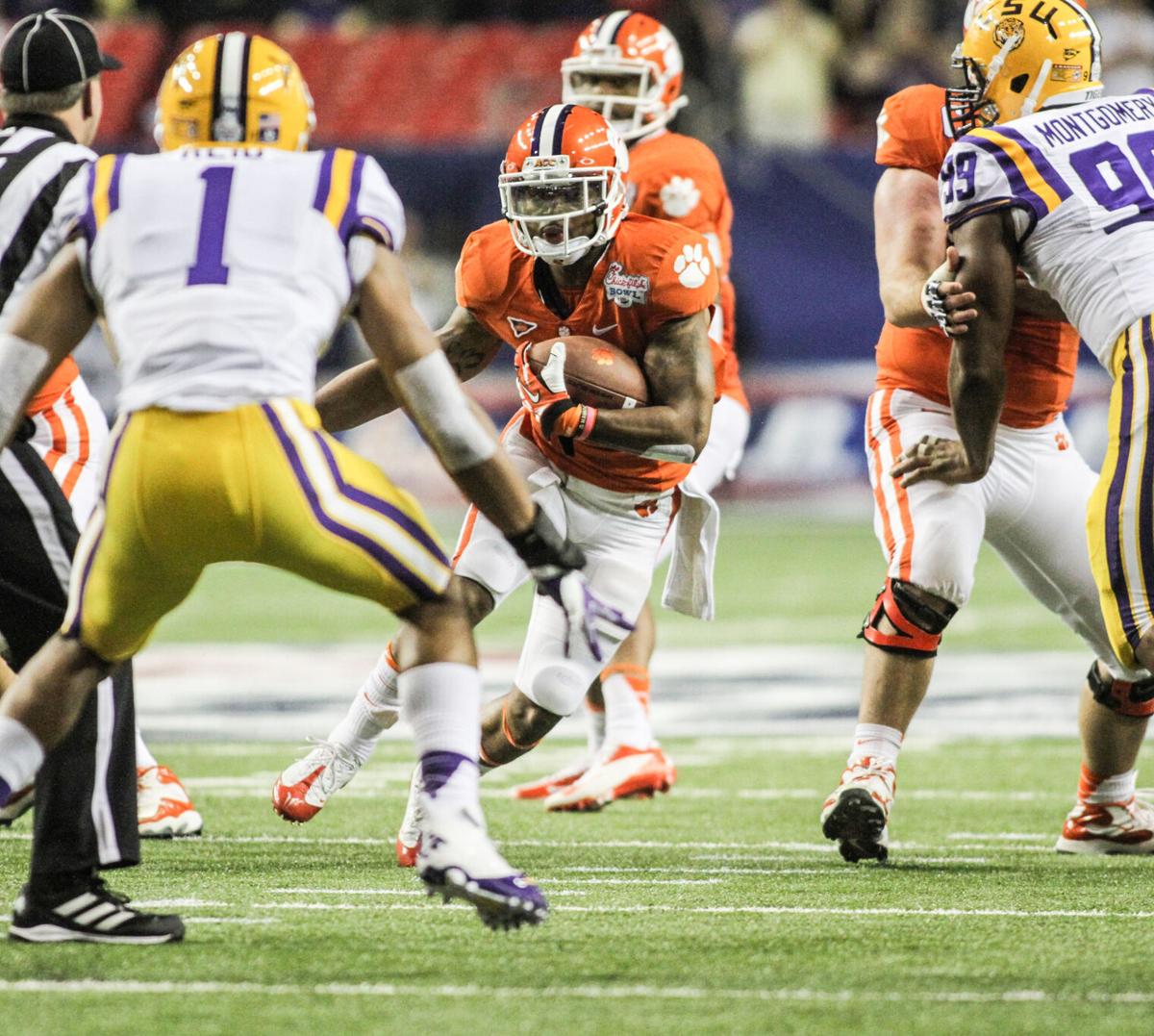 Roderick McDowell, a Clemson running back from 2010-2013, is in his second season as a full-time support staff member specializing in player development on offense. Clemson Athletic Department/Provided

Dabo Swinney marvels at the effective tenacity of the fifth-year Clemson student, a heady veteran who has been part of two national championship football teams with hope for a third.

Jacob Maloney is not a player.

But the graduate assistant does help Clemson win games as a member of one of college football’s best and biggest support staffs. The group of off-the-field analysts includes 15 people, a mix of nine salaried employees making a collective $846,600 this year and six unpaid graduate assistants compensated by scholarships.

It’s an impressive group peppered with intel, versatility, Clemson backgrounds and outside views.

J.P. Losman, a 39-year-old Tulane grad from Venice, Calif., appeared in 45 NFL games at quarterback for the Bills, Raiders and Dolphins. In his first year on the staff, Losman is married with three sons and two masters degrees.

Chansi Stuckey, Miguel Davis and DeAndre McDaniel are among the former Clemson players on salary.

“Just guys that love ball,” said Swinney, 137-32 as Clemson head coach. “We have a bunch of grinders. Those guys do an amazing job.”

While official on-field staffs are limited in numbers, the NCAA doesn’t regulate much about off-field staff except to say these assistants to the assistant coaches cannot coach in practices or games.

But they give Clemson a huge edge — from scouting Miami’s third-down tendencies on defense to recruiting research to aggressive, within-the-rules stealing of opponents signs. It’s an advantage in this coronavirus season or any other against almost any foe.

The most prominent exception is Alabama, where Nick Saban has made the analyst concept an art form.

It towers over the modest South Carolina analyst staff assembled by Will Muschamp, fired Sunday.

The contrast will surely make a difference Saturday when the No. 4-ranked Tigers play at Florida State and the Gamecocks play host to Missouri.

Despite all the SEC television and bowl money annually pouring into Columbia, the Gamecocks’ salaried football support staff is basically two people: Landon Martin on offense (paid $81,600 a year) and Demarco McNeil on defense ($84,252).

They’re all terrific, for sure.

And the entire analyst staff can fit into Will Muschamp’s SUV.

“More is not always better,” Muschamp said when asked in 2019 about the Gamecocks’ small staff.

Asked again this season, Muschamp pointed out the improvements in the strength and condition staff and recruiting emphasis on his watch, a 28-30 stretch over four-plus seasons.

The next South Carolina head coach almost certainly will have a larger support staff.

Bill Belichick has won six Super Bowls in New England with contributions from low-level, barely-paid staff. Some of those people went on to become NFL head coaches and general managers.

Of course, this is getting out of hand.

But there is some middle ground between Alabama and Clemson, on the one hand, and South Carolina and losing on the other.

Swinney saw the support staff as a major Clemson weakness when he took over the program on a full-time basis just after a victory over South Carolina late in the 2008 season.

With the blessing of Terry Don Phillips, then the athletic director, Clemson went from two graduate assistants to five — making $20,000 apiece without benefits.

“I just needed boots on the ground,” Swinney said.

They went to work on game plans, self-scouting, crossover scouting and recruiting stuff.

When Dan Radakovich took over as AD in December of 2012, Swinney was allowed to upgrade analyst salaries to $40,000 with benefits.

“That was a huge step,” Swinney said.

Tyler Grisham, a former Clemson and NFL receiver in his first season as receivers coach, was a Clemson analyst from 2016-19. And a graduate assistant for two seasons before that.

Spiers helps out with defense and special teams. Stuckey, a former NFL receiver, focuses on offense.

Wesley Goodwin, a senior defensive assistant, was a student manager at Mississippi State before he came to Clemson, left after six years for three seasons of NFL duty with the Arizona Cardinals and returned in 2018.

Analyst staffs at for the 2020 season within the Clemson and South Carolina football program:

Swinney has long acknowledged Clemson’s skill and willingness within the rules to swipe play-calls. Staffers do it by reading hand signals and sign boards during games and cataloging TV shots of opponents' signs and signals from previous games.

It figures that a larger staff comes in handy when attempting to break codes.

“Clemson is the best in the country at stealing signals,” an anonymous ACC coach recently told Sports Illustrated.

Maybe Clemson spends too much.

But the return on investment works and sure beats trying to negotiate down on a buyout deal worth more than $13 million for a fired coach.