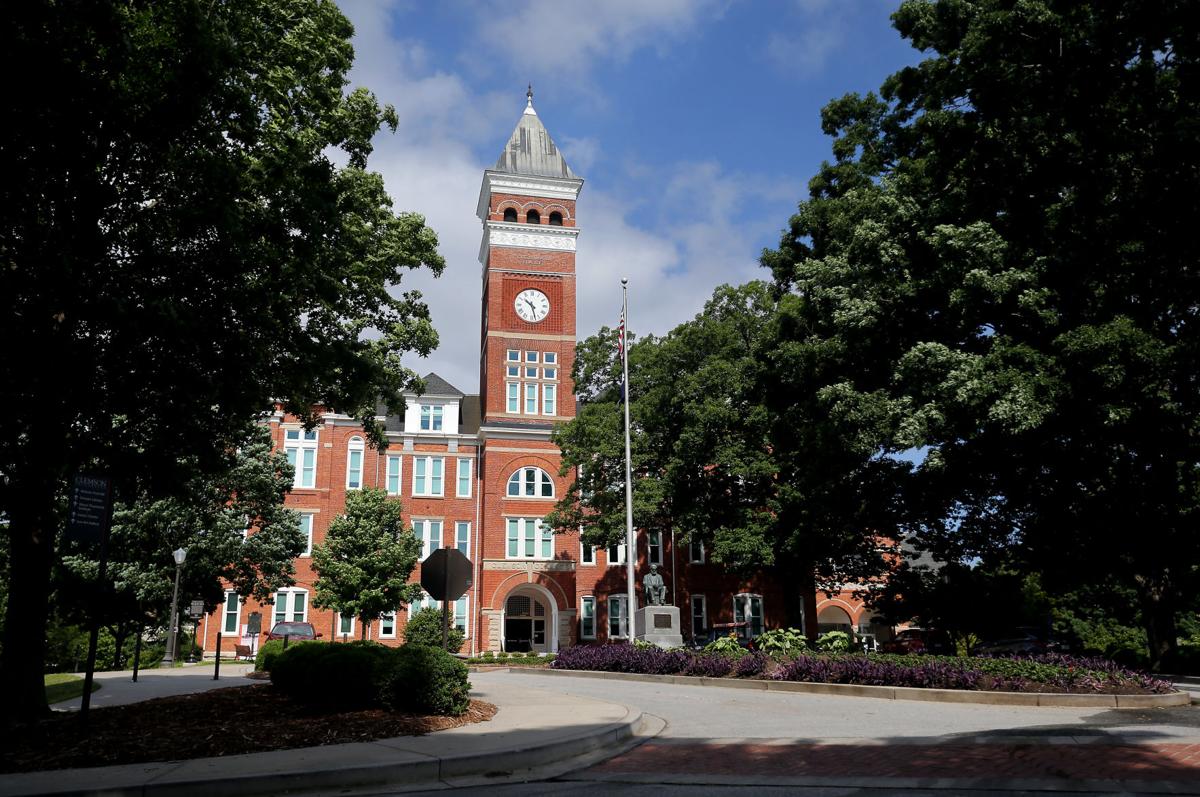 Clemson considers Tillman Hall its "most iconic structure" but since 1946 it has been named for the late Ben Tillman, a politician infamous for defending public lynchings and other racist rhetoric and activity. Grace Beahm Alford/Staff 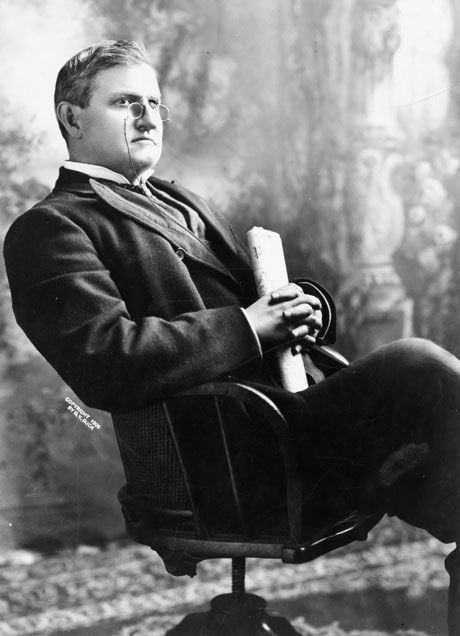 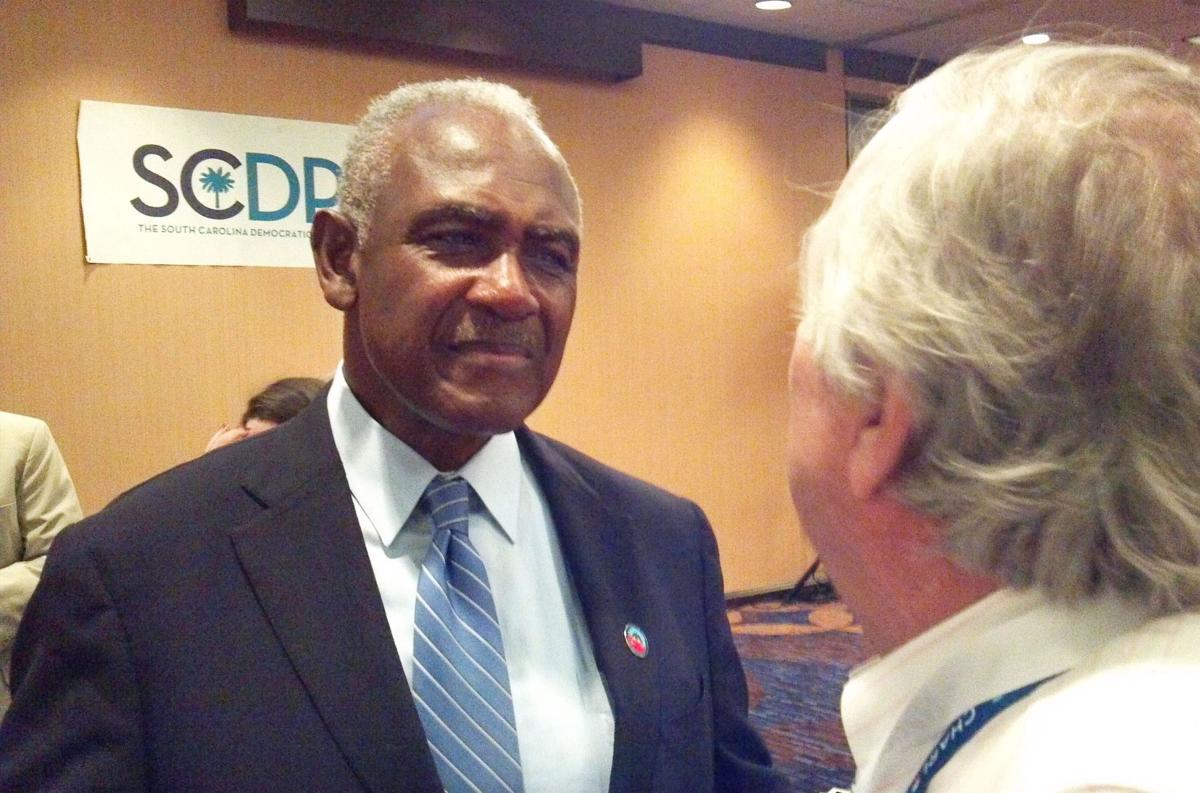 Charleston's Harvey Gantt, later the mayor of Charlotte, entered Clemson in 1963 as the first black student at a white South Carolina university. Staff/file 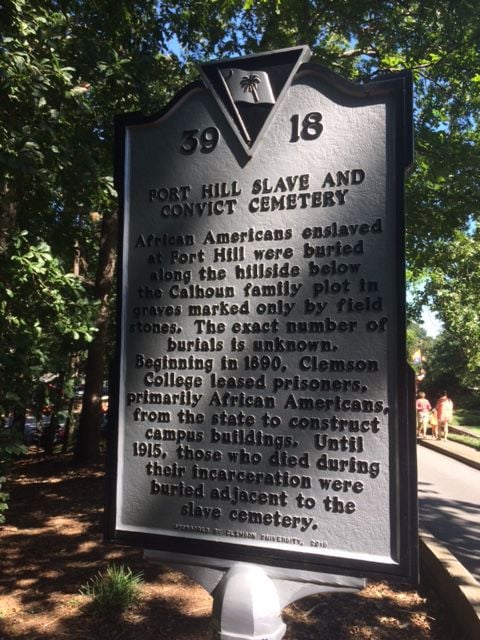 Clemson in 2018 placed 11 signs around campus acknowledging the role of slave and African-American convict labor in the development of its campus. Gene Sapakoff/Staff 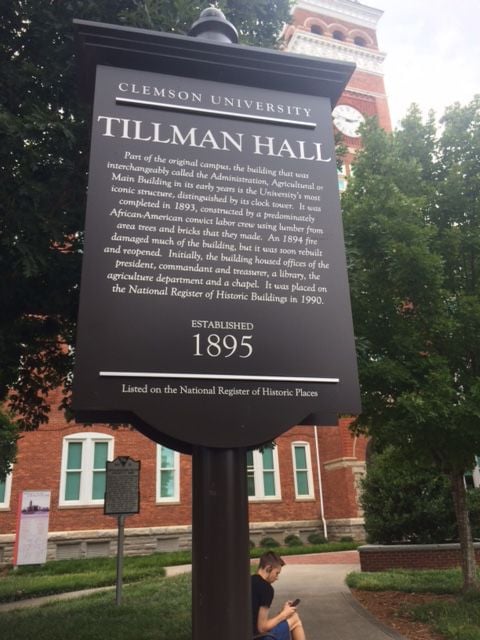 CLEMSON — Most visitors to the Clemson campus on game days hang out on the back porch where Memorial Stadium is home to college football’s defending national champion. Head coach Dabo Swinney’s undefeated, No. 3-ranked Tigers are a model of on-field success, diversity and harmonious culture.

But Clemson’s self-described “most iconic structure” stands on the front porch, which remains a blight on a great university. The building, highlighted by a distinctive clock tower, was completed in 1893 and in 1946 was named for a politician widely considered unusually racist even during the heart of a Jim Crow era infamous for institutional segregation.

It’s Tillman Hall not so much because Ben “Pitchfork” Tillman was South Carolina governor from 1890 to 1894 and a U.S. Senator from 1895 to his death in 1918, but because he played a major role in establishing Clemson.

Along the way, Tillman also participated in the notorious Hamburg Massacre in which six African Americans were murdered. Later, during a second term as governor, Tillman defended public lynching and “bolstered the idea that white violence was justified and to be expected whenever white supremacy was challenged.”

Asked to comment on Tillman’s legacy, Damon Fordham, an adjunct professor of history at The Citadel, mentioned the 1890 inaugural address after Tillman won his first term as governor.

“We deny, without regard to color, that all men are created equal,” Tillman roared, “it is not true now, and was not true when Jefferson wrote it (in the Declaration of Independence).”

Tillman is all of those. A successful Edgefield County farmer, he became a hero reformer to the little guy, the common South Carolina “dirt farmer” without a voice. He waged a class struggle with blistering attacks on urbane city folk (he famously dubbed The Citadel a “dude factory”).

True, he was not as openly racist as Newberry’s Coleman Blease, the governor from 1911 to 1915 and later a U.S. Senator.

But Clemson doesn’t have a Blease Hall problem.

“(Tillman) condemned black people to decades of racist violence, segregation and the denial of basic rights,” said Dr. W. Scott Poole, professor of history at the College of Charleston.

And any “context” defense is a poor excuse.

Tillman vs. the media

“The ‘he was a person of his time’ discussion is historically problematic in two ways,” Poole said. “First, it sounds sophisticated because the person using it seems to be saying we should understand historical context. But, when used as an apology for a figure in history, it’s meaningless and closes down discussion. It essentially wants us to leave history alone, rather than face a reckoning.”

Tillman got mad in 1898 when the Charleston News and Courier (now The Post and Courier) came out against Jim Crow legislation while arguing that there was no need for segregating public places. It wasn’t the first or last Tillman family clash with the media: S.C. Lt. Gov. James Tillman, Ben’s nephew, shot and killed N.G. Gonzales, an editor at The State newspaper, in broad daylight on a Columbia street in 1903 (and was acquitted).

The News and Courier, however, with extensive speech coverage, is widely credited for giving Ben Tillman a voice in state politics.

There is a statue of Tillman on the grounds of the S.C. Statehouse.

Clemson’s race relations progress since the Tillman years includes the 1963 admission of Charleston’s Harvey Gantt, the first black student to attend a white college in South Carolina — after Gantt sued for entry in federal court.

But while Tillman Hall didn’t make sense in 1963, 1981 or 2019, Clemson’s African American enrollment, hovering at 6 to 7 percent of the school total, hasn’t changed much in three decades.

The murder of nine black parishioners during a Bible study at Charleston’s Emanuel AME Church in 2015 sparked a new outcry for renaming Tillman Hall. Nine former presidents of Clemson’s faculty senate signed a petition asking the board of trustees to bring back the hall’s original name, Old Main.

A better idea: Gantt Hall, honoring Harvey Gantt, a Burke High School graduate who later became mayor of Charlotte, and his wife Lucinda, who entered Clemson one semester after Harvey.

Clemson in 2017 renamed the loop road in front of Tillman Hall after Gantt. Last year it added 11 signs around campus to explain the role of slaves and black convict laborers in the construction of campus buildings, including Tillman Hall.

Fordham pointed out famed black educator Booker T. Washington’s appeal to Tillman as a “student of history” in 1895: “The Negro can afford to be wronged; the white man cannot afford to wrong him. ‘Whatsoever a man soweth, that shall he also reap.’”

Which brings to mind one of the most famous quotes in that long attempt to balance the mission of college with the passion of sports:

“'We want to build a university our football team can be proud of,” George Cross, Oklahoma president from 1943-1968, once said while petitioning for state funds.

He was mostly kidding. But — no joke — the line applies to Clemson, where everyone is proud of the football stuff on the back porch and more people should be embarrassed by the name on the front porch.

What: Clemson University's most iconic building

Named for: Ben Tillman in 1946 (previously known as Old Main)

Tillman's racist history: Per the official Clemson web site he "bolstered the idea that white violence was justified and to be expected whenever white supremacy was challenged.”