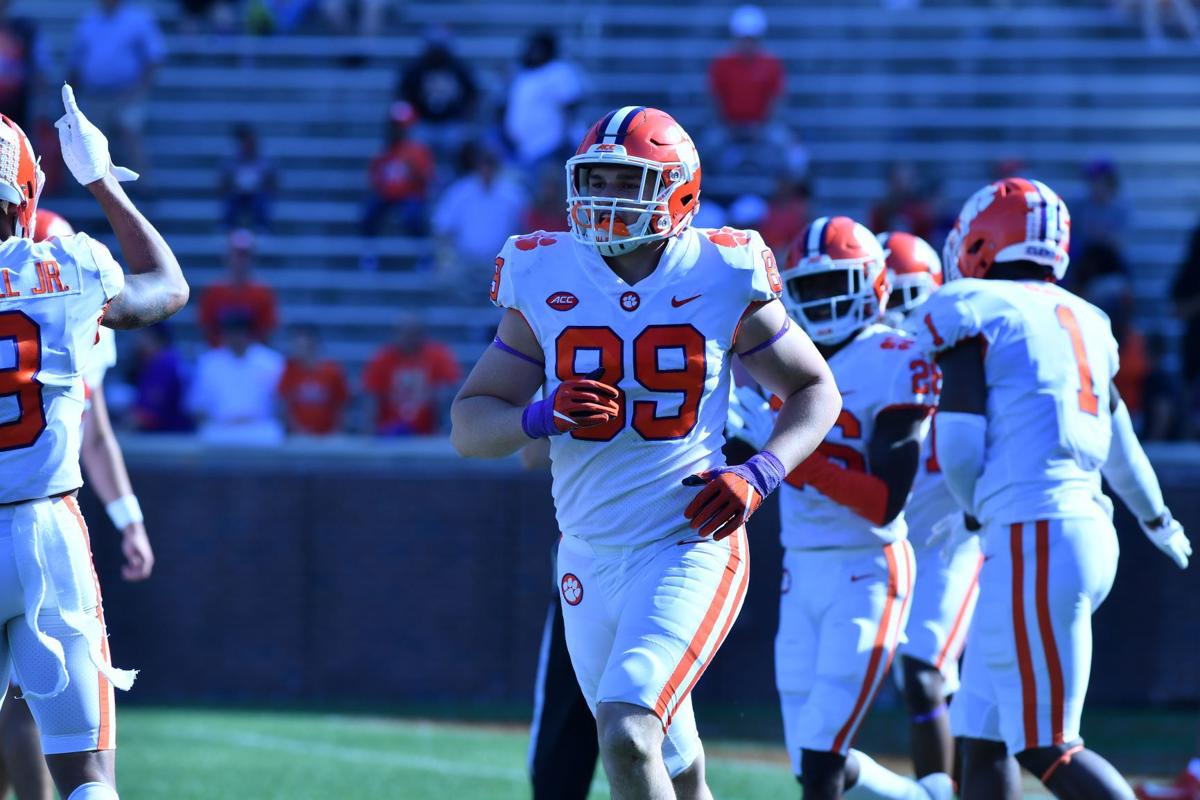 Clemson walk-on defensive end Tristan Walliser, who played lacrosse at Clover High School, was one of 111 players who got in the Tigers' 52-10 win over Charlotte. Kim Montuoro/Clemson University 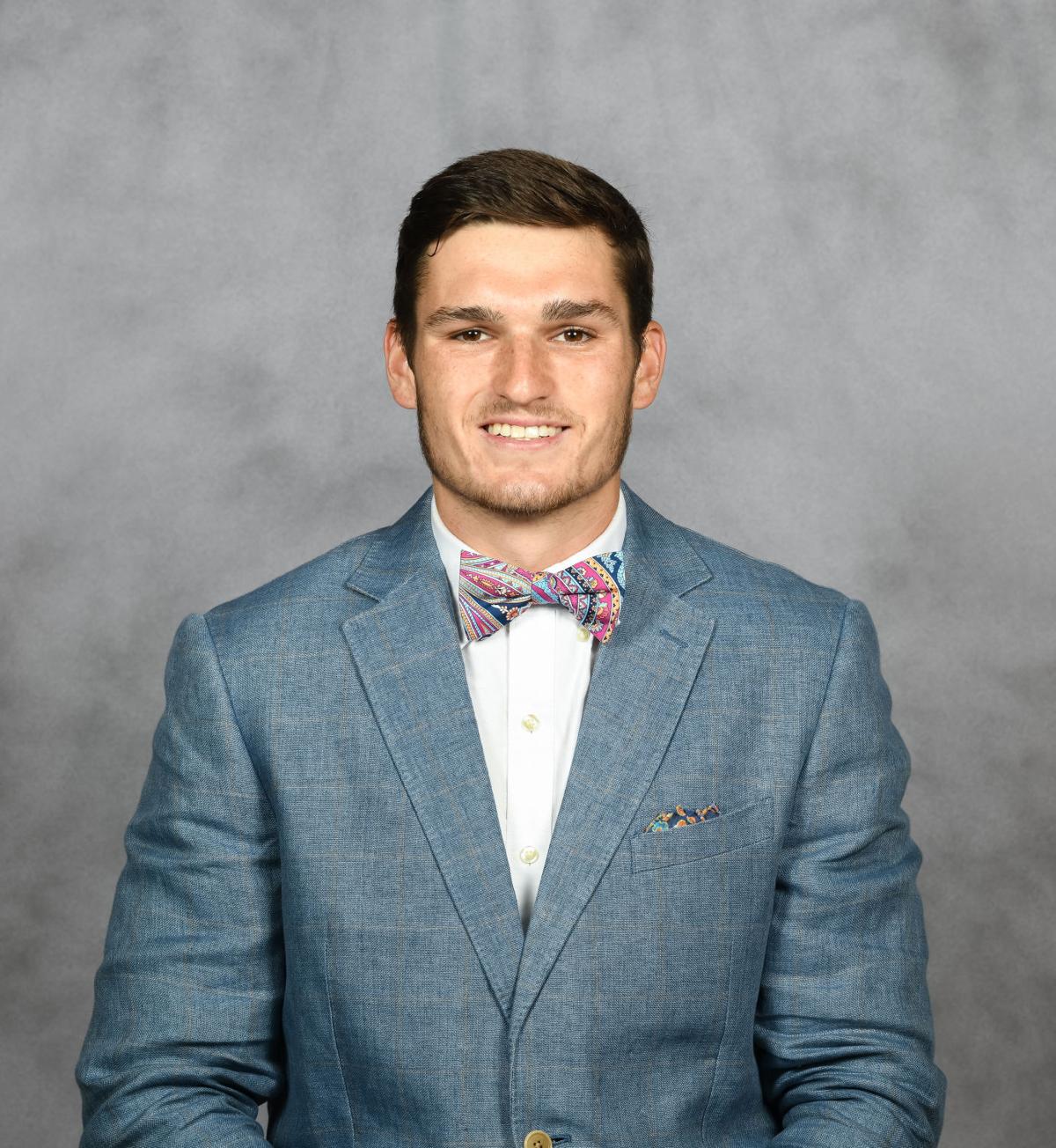 “Are you ready?” the Clemson defensive ends coach asked.

What do you think? Tristan Walliser started getting his hopes up early in the Tigers’ 52-10 victory over Charlotte on Saturday night at Death Valley. Earlier than that, truth be told. Last fall. Last spring. All summer.

A junior defensive end who didn’t play football at Clover High School — he played lacrosse instead — Walliser couldn’t help but notice the Clemson coaching staff emptying a crowded bench in an effort to get as many walk-ons as possible into the game.

Clemson is the happiest team in the sport, and not just because the Tigers are 4-0 and ranked No. 1 going into Saturday’s game at North Carolina.

Reason No. 2: They lead the world in players played. It was 111 total against Charlotte, enough to drive even a veteran coach nuts.

But, oh, the team spirit.

Though 111 is a Clemson record for participation (breaking the record of 94 against Louisville in 2018), it’s not surprising. The Tigers — with the combination of an elite team, focused starters, smart coaches and some soft opponents — are tops in the nation in average number of players per game: 72.5 (Georgia is second at 65.6, Florida third at 62.8).

• You were a walk-on

• You deeply regret not walking on after that standout intramurals stint

• You got misty-eyed in “Rudy”

Clemson took the allotted 72 players to Syracuse and played 71 of them in a 41-6 win.

1. Trevor Lawrence, out before halftime.

5. And walk-on Patrick McClure, a redshirt sophomore from Irmo who tore an ACL last December while practicing inside AT&T Stadium in Dallas just before Clemson’s Cotton Bowl appearance.

“This is cool,” Swinney said. “You have a lot of guys who can say they played for the Tigers and nobody can ever take that away from them. A lot of guys have worked really, really hard and they don’t get a chance to play, or play much. And for them to be rewarded for their hard work and for them to go play, in a setting like that is pretty special.”

Both of the Herbstreit brothers, freshmen from Nashville and sons of ESPN analyst Kirk Herbstreit, got in the Charlotte game.

Tye Herbstreit got a look at his position, wide receiver.

Jake Herbstreit, a defensive back, was rushed in at wide receiver in an effort to get him his first two college snaps.

Swinney, not coincidentally, was a walk-on wide receiver before becoming a contributor on Alabama’s 1992 national championship team. Two of his sons, Will and Drew, are Clemson walk-ons.

As Clemson has improved as a program while winning two of the last three national championships, the players-per-game stat has gone up.

It helps with recruiting, too.

“It just says so much about all of them, honestly and how they love their players,” center Ryan Linthicum, an elite Class of 2021 prospect from Maryland who committed to Clemson this week, told recruiting analyst Phil Kornblut. “And if you work your tail off, you will get some PT (playing time).”

Tristan Walliser got in for two snaps Saturday night.

“To go out in front of all those fans — and I think we have the best fan base in college football — it was pretty crazy,” he said. “It was a surreal moment.”

This is one “really grateful” financial management major, a 6-3, 225-pound former Clemson club lacrosse player who quit the sport when he realized he was far too aggressive.

So Walliser, who had played football from second grade to ninth grade, started training. He showed up in August of 2018 for Clemson’s walk-on tryouts.

He made the squad.

He made fast friends with starting defensive ends Clelin Ferrell (Oakland Raiders) and Austin Bryant (Detroit Lions) and wound up with a national championship ring. They have invited him to come stay with them and see an NFL game.

“It’s awesome,” he said. “Everybody here is working. We don’t have anyone who isn’t working 100 percent every day. For a guy like me to get that opportunity to get to play, it’s great. And it’s a full team experience.”

Sapakoff: An $18.75 million buyout for Muschamp? Fan vote will decide

For instance, the Georgia Tech game. Walliser wasn’t among the walk-ons who entered the 52-14 victory in the opener on Aug. 29. But he was thrilled for friends that took part.

There are just too many Rudys to keep up with when it’s organized chaos.

The No. 1-ranked Clemson football team survived, 21-20, at North Carolina on Saturday.