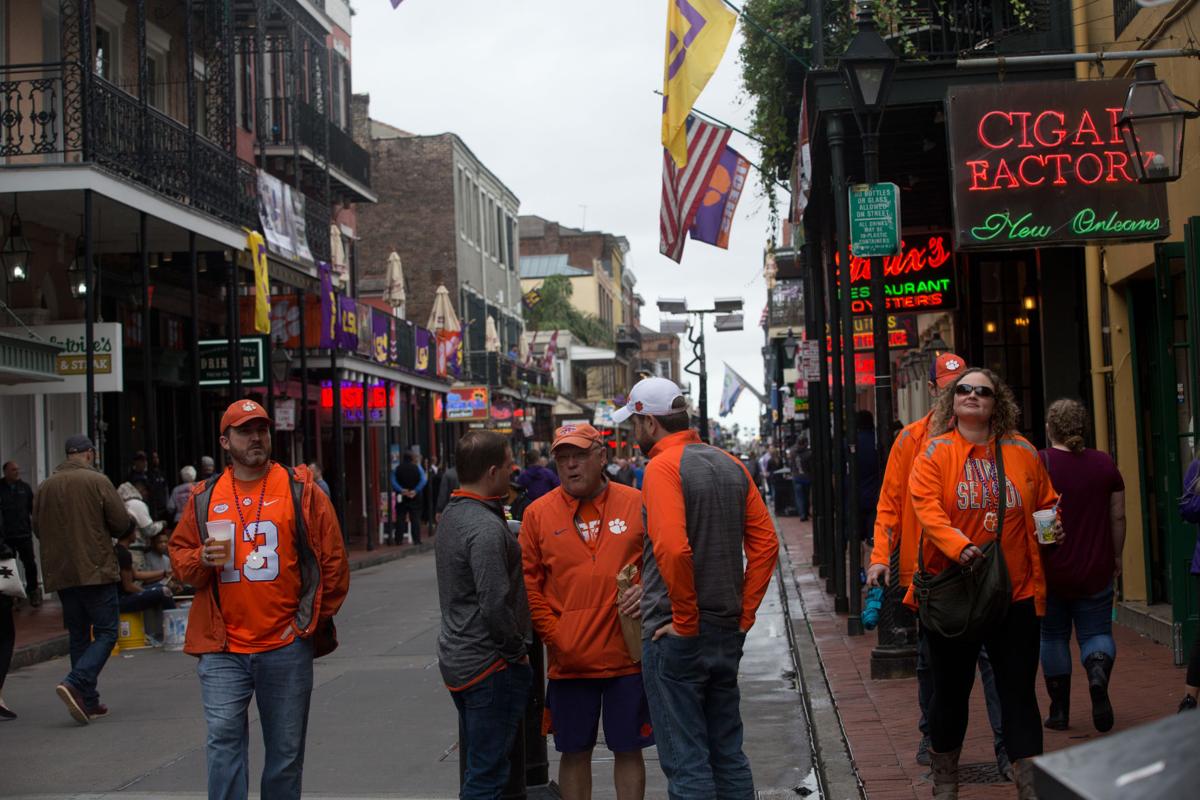 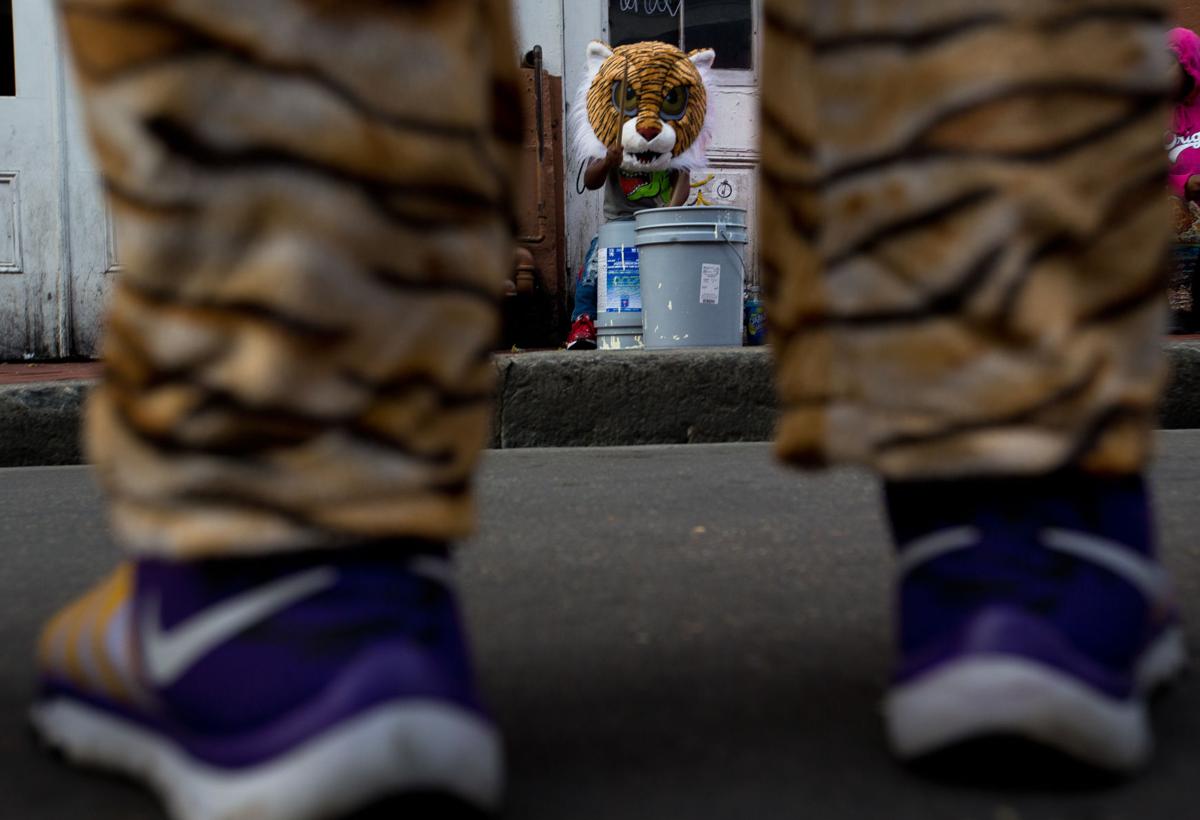 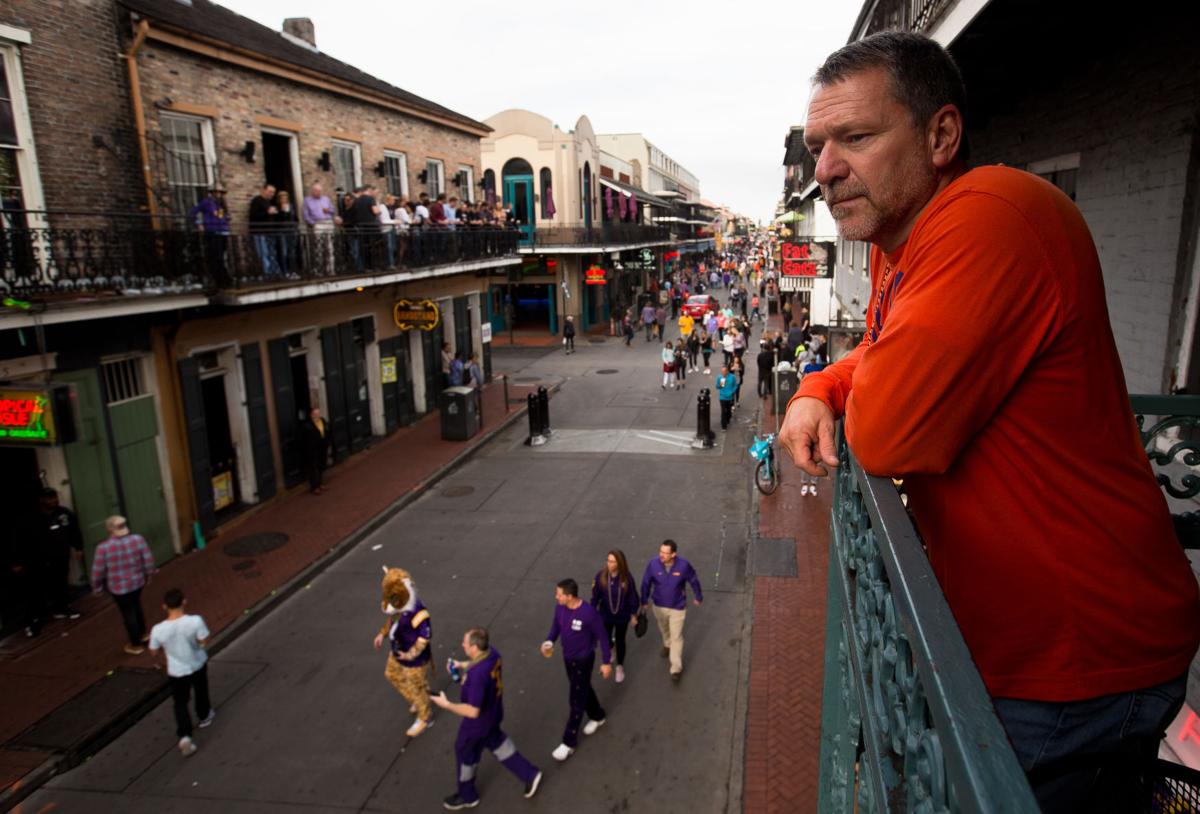 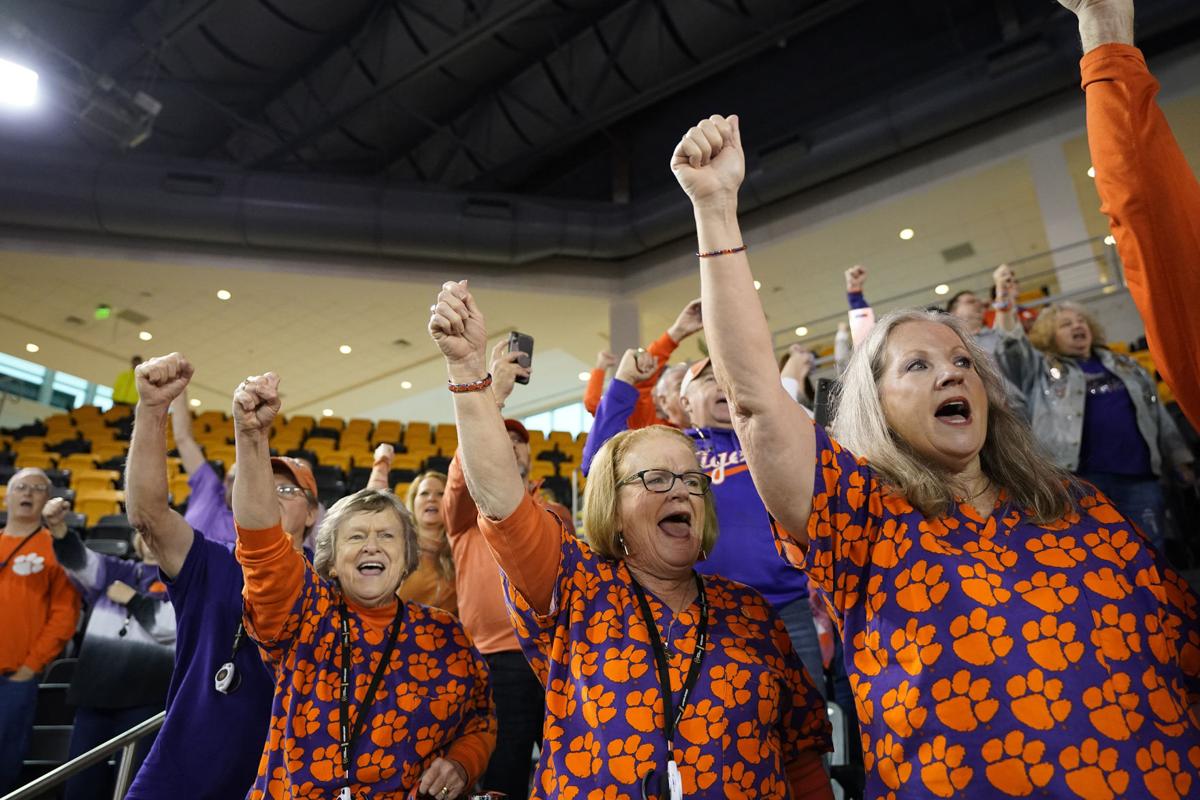 “LSU playing in New Orleans,” Clemson coach Dabo Swinney said Saturday, “is like if we played for the national championship in Greenville.”

Always with a subtle but steady police presence.

That’s just a few blocks of the French Quarter — Vieux Carre, “Old Square” — and most Clemson and LSU fans bound for Monday night’s big game in The Big Easy aren’t even here yet.

New Orleans is the best, craziest, yummiest, tackiest, friendliest, most revolving and fascinating place to host a major sporting event. Having LSU involved just adds spice to the gumbo pot.

Those establishing a beachhead have made sure to exchange pleasantries.

“Go Tigers,” is the customary street crawl greeting from one fan base to the other, sometimes followed by nod or fist bump but more typically a tap of drink cups.

The real zaniness will come Sunday night and in the wee hours of Tuesday morning after the game. That’s when the seedy eight blocks of the heart of Bourbon Street from Canal to St. Ann might get as scary as some of the French Quarter walking tours.

Vampire Tour guide on St. Peter Street (dropping author Anne Rice’s name every few breaths): “If, God willing, we make it to the end of the tour tonight …”

The living realize it’s hard to find a bad shrimp po boy in these parts.

And at Bourbon and Orleans, an enterprising man with a homemade cardboard sign offered anyone willing a chance to kick him in the groin for $20.

Which was something traveling Clemson fans didn’t see in Phoenix, Tampa or Santa Clara, the other College Football Playoff national championship game sites the Tigers have been to over the last five seasons.

No place can match this rich New Orleans swirl of Creole, Spanish, Cajun, African, Native American, French, Italian, Greek and English. The hospitality is peppered with lagniappe (something extra).

Like maybe an extra beignet at famed Café du Monde, where just $3.40 will get you three pieces of fried dough with powdered sugar. From there, it’s a short walk up a flight of stairs for a great Moon Landing view of Mississippi River tugboats and paddle-wheel dinner cruises and the Riverfront streetcar.

Are you ready for some Monday night lagniappe?

An elite individual battle within the matchup of undefeated teams.

“I think quarterback is the most important position in all of sport,” LSU’s Heisman Trophy winner Joe Burrow said on Saturday. “I think Trevor (Lawrence) and myself are the two best in the game right now.”

Poor Blanche DuBois, such a tragic figure (and doubtless an LSU fan).

But during Tennessee Williams’ classic play and film “A Streetcar Named Desire” she offered an upbeat weather take: “Don't you just love those long rainy afternoons in New Orleans, when an hour isn't just an hour, but a little piece of eternity dropped into your hands and who knows what to do with it?”

When it rains, there’s Harrah’s Casino and Playoff Fan Central, a tour of the St. Louis Cathedral and the Championship Tailgate Plaza, praline shopping and the Food Extravaganza at Mardi Gras World.

If that’s not enough, a display on loan from the College Football Hall of Fame in Atlanta includes a pair of cleats former Clemson linebacker Ben Boulware wore against Alabama.

The Clemson football team was just as resourceful. When rain messed with practice Saturday, Swinney moved workouts inside a ballroom at the Hilton Riverside.

A minor inconvenience, considering the Crescent City has been through the War of 1812 and Hurricane Katrina in 2005 with lots of disease and death in between (hence all the tour guides).

More recently, the beloved Saints were upset last week by Minnesota in an NFL playoff game at the Superdome.

At least New Orleans is one of the few places in America where the football offseason includes exotic animal racing – zebras, etc. … - over at the Fair Grounds.

And who dat Dabo?

Swinney on Saturday took it as a good sign that while Clemson had to move practice indoors. The Hilton Riverside is the same hotel that housed Alabama before Swinney and his Crimson Tide teammates beat Miami in the Sugar Bowl to win the 1992 national championship.

Clemson and LSU fans celebrate and drink along Bourbon Street on Saturday, Jan. 11, 2020 in New Orleans before the National Championship game …

Travis Etienne hails from Jennings, La., a small town of about 10,000 people. Townsfolk hope their 'chosen son' plays well on the big stage, but their hearts will be with LSU on Monday.