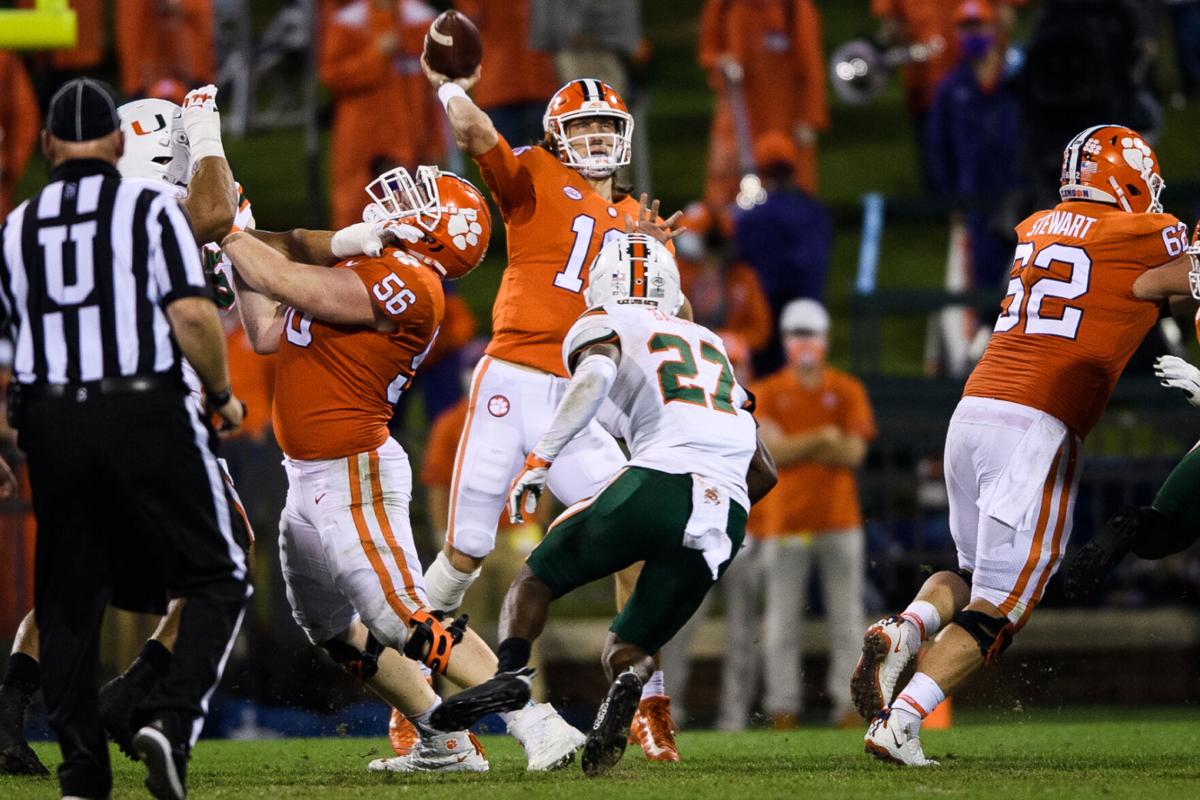 Clemson quarterback Trevor Lawrence (16) throws the ball during a 2020 victory over Miami. Lawrence and Deshaun Watson both finished their Clemson careers with 90 touchdown passes, one national title and one ACC Player of the Year award. Ken Ruinard/ACC pool photo 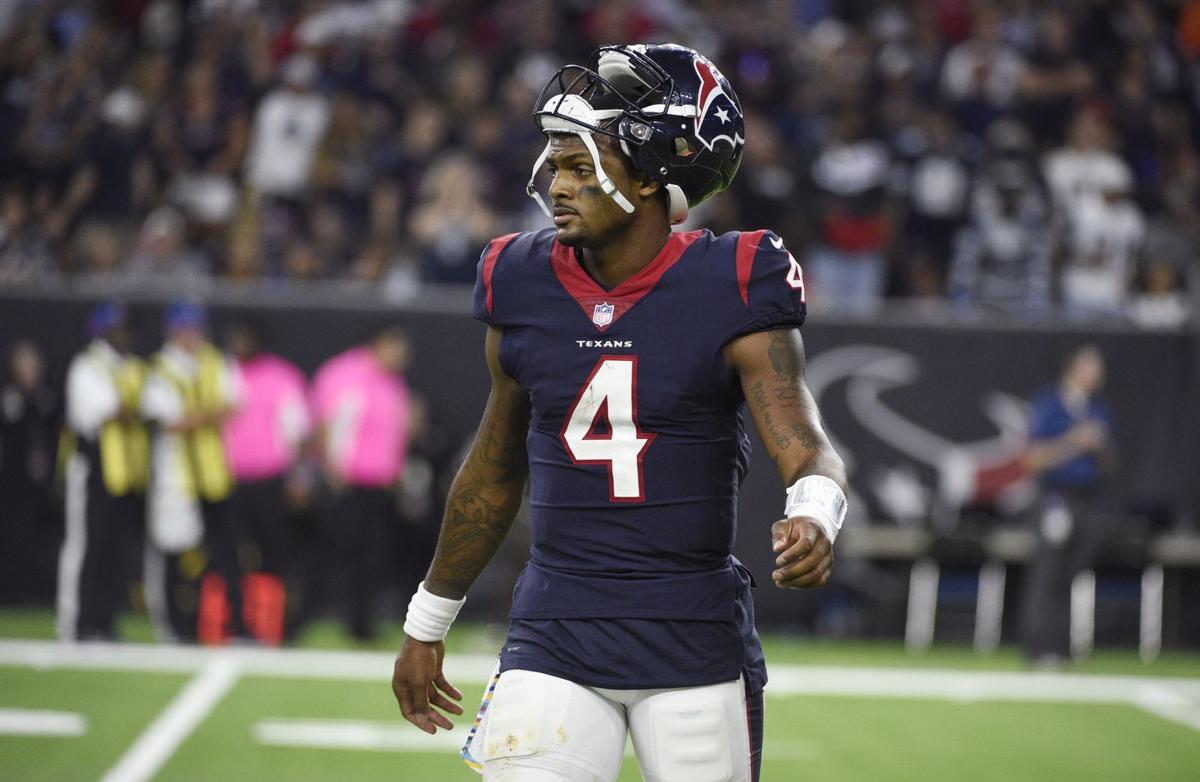 Former Clemson quarterback Deshaun Watson has asked the Houston Texans to trade him before the 2021 NFL season. Eric Smith/AP

Another high-profile NFL quarterback narrative from Sunday’s pregame is vulnerable, too.

The Houston Texans, ESPN’s Adam Schefter reported, keep telling interested teams that they won’t deal disgruntled Deshaun Watson despite his demand for a trade – “no matter how many calls they receive on Watson.”

But the Texans just haven’t received the right call on their beloved former Clemson quarterback, the one from the asset-rich Jacksonville Jaguars.

Mahomes, the 25-year-old Kansas City Chiefs superstar, vs. Brady, 43 and still adding GOAT points, was nice while it lasted.

A Watson-for-Trevor Lawrence trade has long-legged implications. In the illogical NFL it probably won’t happen, but a blockbuster deal is good for all four sides: both quarterbacks, both AFC South rivals.

Watson escapes Houston and gets a fresh start.

The Texans get Jacksonville’s first overall pick in the 2021 NFL draft, certain to be Lawrence, the one available young star potentially capable of matching Watson’s production.

Lawrence, scheduled to throw Feb. 12 at Clemson during a customized one-player Pro Day (ESPN2, NFL Network and ACC Network at 10 a.m.), gets to work with a head coach with NFL experience. New Texans coach David Culley won raves from Lamar Jackson and others as the Baltimore Ravens’ passing game coordinator.

The Jaguars’ Urban Meyer, a new NFL head coach with no pro experience, gets an experienced NFL quarterback to lean on – the star of a 31-0 victory over Meyer’s Ohio State Buckeyes in a College Football Playoff semifinal at the Fiesta Bowl on the way to Clemson’s 2016 national title.

The Texans also would probably get two future first-round picks, at least.

The swap proposal is based on a quarterback market set a few weeks ago when the Detroit Lions sent Matthew Stafford to the Los Angeles Rams for Jared Goff, two first-round draft picks and a third-round pick.

By relative comparison, Watson is younger (25) and better than Stafford (33). He is the sure thing; Lawrence is elite potential.

Such an NFL bizzaro world can’t happen without extremes:

Watson clearly is on a Pro Football Hall of Fame path and only a few other current or certain Hall of Famers – Y.A. Tittle, Sonny Jurgensen, Fran Tarkenton, Kurt Warner and Drew Brees – have switched teams mid-career.

But Watson is already madder than Jerry Seinfeld at the Worthy Rent-A-Car counter. Top receiver and fellow Clemson Tiger DeAndre Hopkins was dealt to Arizona last offseason in a terrible deal for Houston. Watson was promised input on a new general manager hire but the Texans didn’t bother consulting before announcing Nick Caserio was on board.

Watson demanded a trade, and that was before the Texans in another purge last week fired equipment manager Mike Parson, one of Watson’s favorite people in the organization.

Trade or not, it looks like Watson and Lawrence are locked into an AFC South rivalry representing two of the four teams that have never played in a Super Bowl (the older and much more embarrassing Lions and Browns franchises are the other two).

Money isn’t an issue for either side.

Jacksonville has plenty of cap room to take on the four-year, $156 million contract extension Watson signed in September.

The Texans, with no picks in the first or second round in 2021, need draft capital and short-term salary space. Lawrence likely will get a deal similar to the four-year, $36.2 million guaranteed contract given former LSU quarterback Joe Burrow, the Cincinnati Bengals’ first-overall pick in 2020.

It’s not quite a Mahomes-Brady trade.

But it’s one Clemson icon for another in a deal promising more entertainment value than the first Mahomes-Brady Super Bowl.

What: Former Clemson quarterback Trevor Lawrence to work out for NFL teams

Open to the public? No