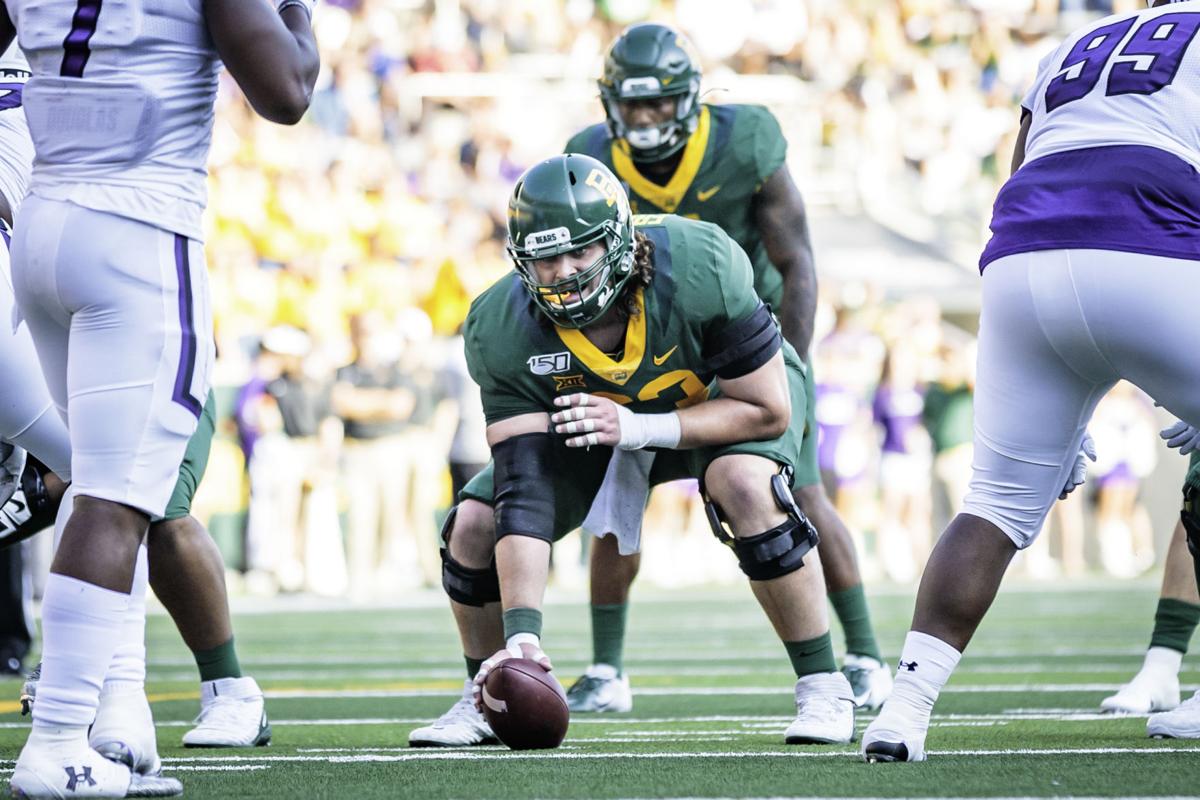 Former Clemson player Jake Fruhmorgen is the starting center for Baylor, which plays No. 5 Georgia in the Sugar Bowl on Wednesday night in New Orleans. Photo provided/Baylor Athletics 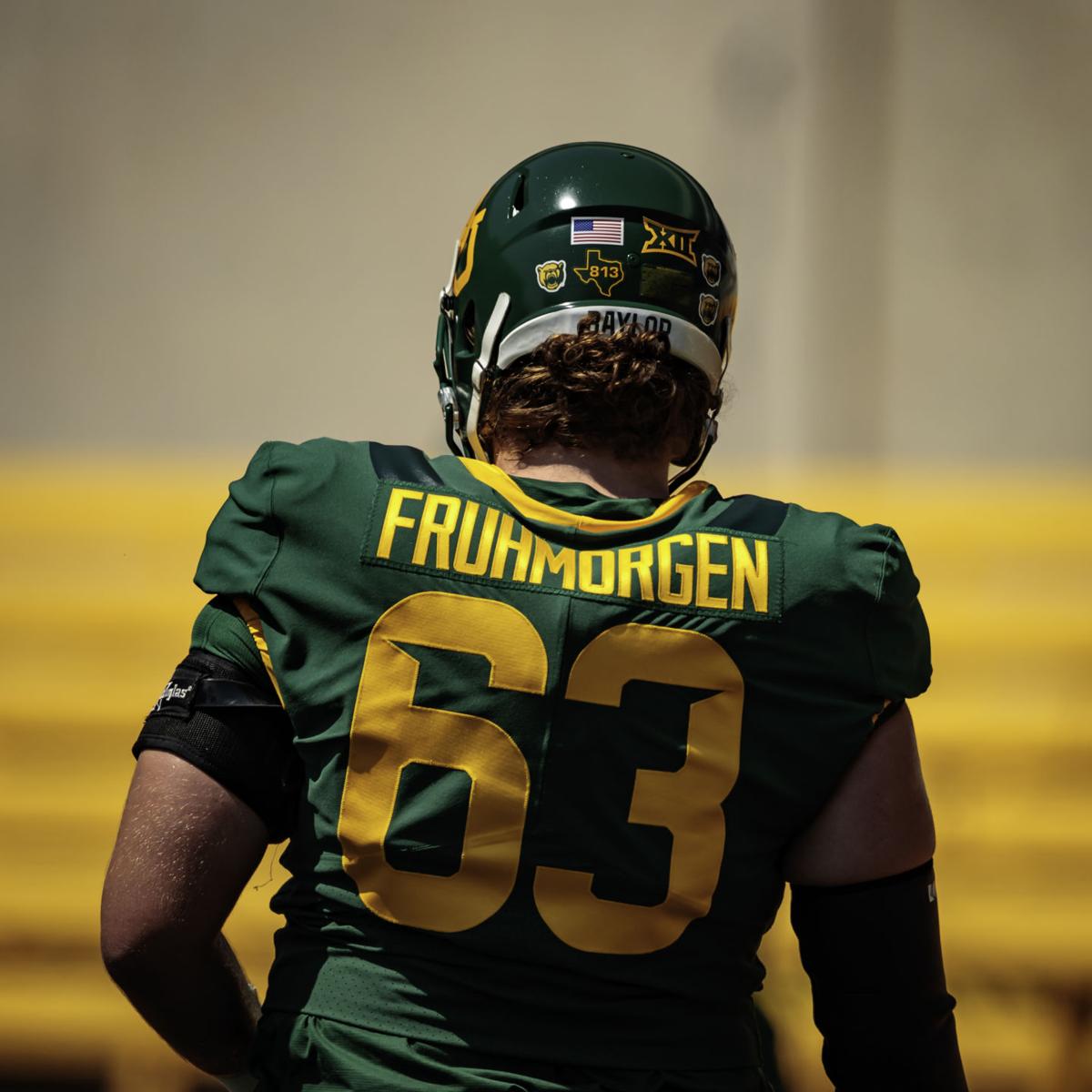 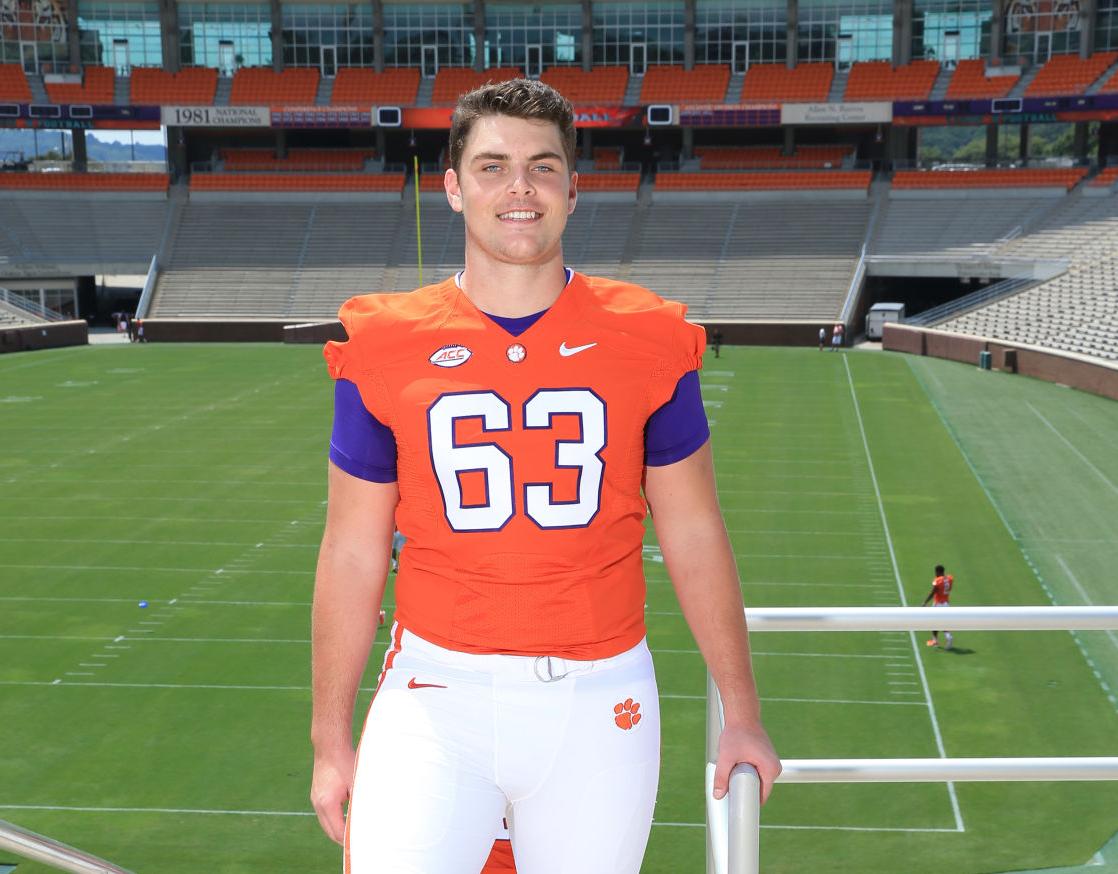 CLEMSON — There was a moment during the 2017 national championship game, Robert Weiner conceded, that his mind drifted to an alternate reality.

From inside Raymond James Stadium in Tampa, Fla., the head football coach at nearby Plant High School envisioned the storybook scenario: There was Jake Fruhmorgen, the local kid with the ocean blue eyes, starting at right tackle for Clemson against Alabama, the turf of the football mecca of his youth grinding beneath his cleats.

Fact and fantasy make for poor partners, though. The fact was that Fruhmorgen was no longer with the Tigers. The fantasy was lost to time.

And Fruhmorgen was at peace in the real world.

"He knew," Weiner, a close family friend, assured. "He knew when it was time for him to leave."

Fruhmorgen was recruited primarily by Clemson offensive coordinator/running backs coach Tony Elliott and played in 11 games as a freshman in 2015. He started the first eight contests of the following season, but was gone by early November. An explanation for his departure was never provided by the team.

On Wednesday, Fruhmorgen will line up for No. 7 Baylor against No. 5 Georgia in the Sugar Bowl in what will be the final game of his college career. After leaving Clemson, Fruhmorgen found a home with the Bears, for whom he's started at center most of this season.

Baylor would not allow access to Fruhmorgen for this story, and Fruhmorgen's father, John, a former NFL player, declined to comment. But those who knew the lineman at Clemson — including Elliott — are happy to see him thriving with the Bears.

"I don't know all the issues that he was dealing with, but I can see when a young man is hurting," Elliott said. "He was dealing with things to the point where it wanted to make him give up the game that he loved so much.

"He wanted to be a coach. So, obviously it was something serious."

Fruhmorgen is quiet by nature, Elliott said. He got even quieter his sophomore season at Clemson. Words came at a premium. Fruhmorgen had found stability on the field, protecting All-American quarterback Deshaun Watson. But that success belied his comfort level within the program.

"I don't think he liked football at Clemson," said Justin Falcinelli, a Tigers offensive lineman from 2014-18. "It just didn't fit with how he is and how he works and how he likes to do things."

Falcinelli, for what it's worth, loved his time at Clemson. Former players often speak highly of the program and head coach Dabo Swinney, who has graduated 98 percent of his players in 10 years at Clemson. Elliott, in particular, is a spiritual mentor for many.

Fruhmorgen, for whatever reason, needed a change.

"No one's got a crystal ball if it's going to work out for someone's personality and the way they mentally and emotionally approach things," Weiner said. "He realized he needed to make a change for his well being."

The gridiron has long been a safe place for Fruhmorgen. The 6-6, 305-pound athlete played in the U.S. Army All-American Bowl before getting to Clemson, and he was part of an incoming class that included future NFL players Deon Cain, Christian Wilkins, Clelin Ferrell and Austin Bryant and Tigers starters Chad Smith, Tanner Muse and Gage Cervenka.

The group pushed Clemson to heretofore unprecedented success under Swinney during the 2016 season, which ended with a 35-31 victory over Alabama in the national championship game inside Raymond James Stadium.

Fruhmorgen was back in Tampa by then, plotting his next move as his former teammates orchestrated one of the most meaningful wins in program history in his home city.

"He knew they were primed for success," Weiner said, adding that Fruhmorgen spent his time off working with local trainers. "It was about getting himself in a good place."

"You could tell that it was something going on internally," Elliott said. "Ultimately he was willing to get the help that he needed."

That came after he left Clemson and later left Florida after spending a week there in the summer of 2017. Baylor proved a welcoming landing spot.

The Bears' program was in a state of turmoil of its own doing. In 2016 it was revealed university officials had failed to take action on multiple allegations of rape and other sexual assaults committed by players, resulting in the firing of head coach Art Briles and the resignations of University president Ken Starr and athletic director Ian McCaw. Several players transferred out.

New coach Matt Rhule, hired in Dec. 2016, set out to  reshape the program. That included bringing in Fruhmorgen, a lineman with size and skill searching for a fresh start. He officially enrolled at Baylor and sat out the 2017 campaign to satisfy NCAA transfer requirements.

The move proved to be a good fit. After a 1-11 record that season and a 7-8 record the following campaign, the Bears (11-2) turned a corner this season with Fruhmorgen in a prominent role. Baylor was in the College Football Playoff conversation through the end of the season.

"He's been through a lot to get to the point that he is," Weiner said. "Obviously Baylor itself is a great story, and Jake himself is kind of a microcosm story, in and of himself, of Baylor's success."

"Ultimately, he was able to get the help he needed to be able to get him back to his position, and that's really what life's all about," Elliott said, squinting through the sunlight bathing the team's practice facility.

Then, gesturing to the practice field, he added: "These stats and these championships, all that stuff's going to fade. But what's really the point of life is relationships."