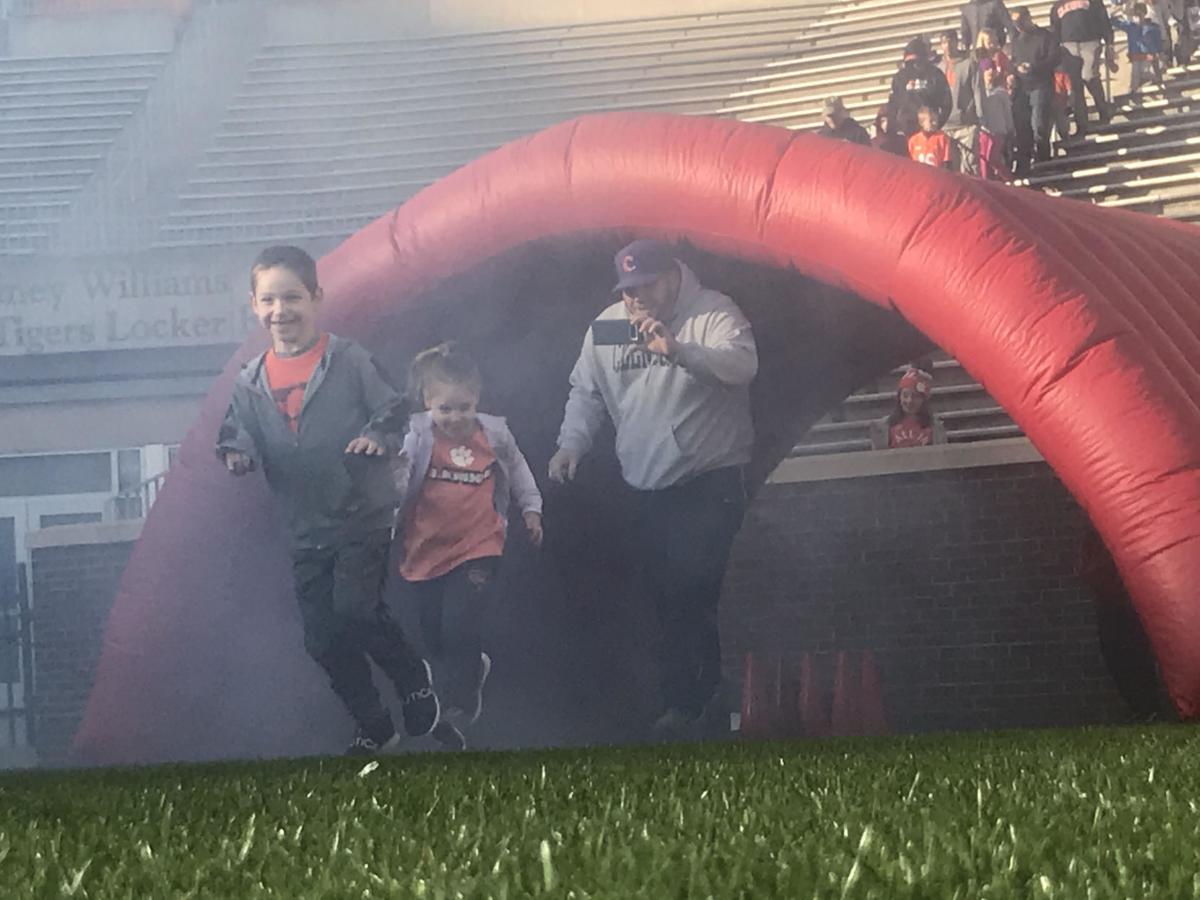 Children and their fathers streamed on to the field through an inflatable tunnel on Saturday at Clemson's Memorial Stadium. Josh Needelman/Staff 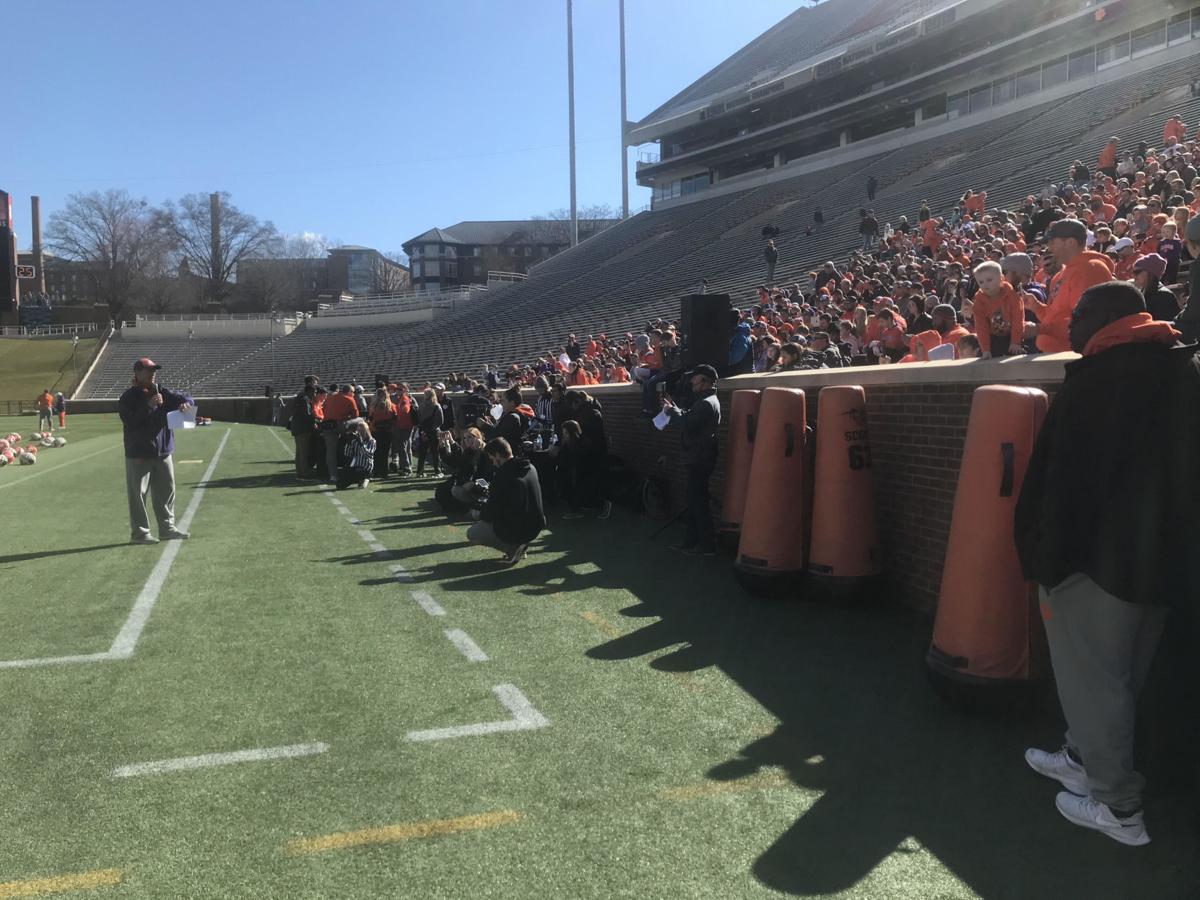 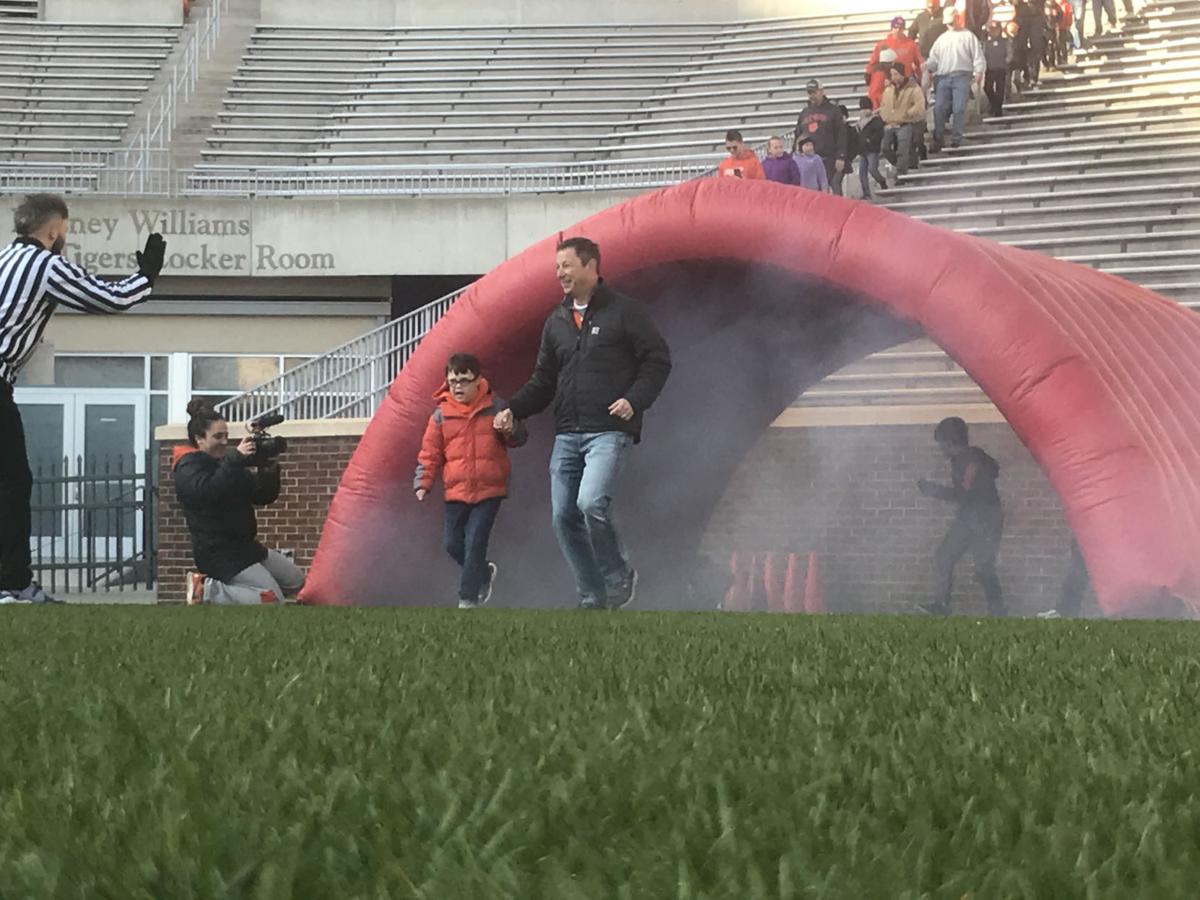 Energy was at a high despite the early hour. Joshua Needelman/Staff 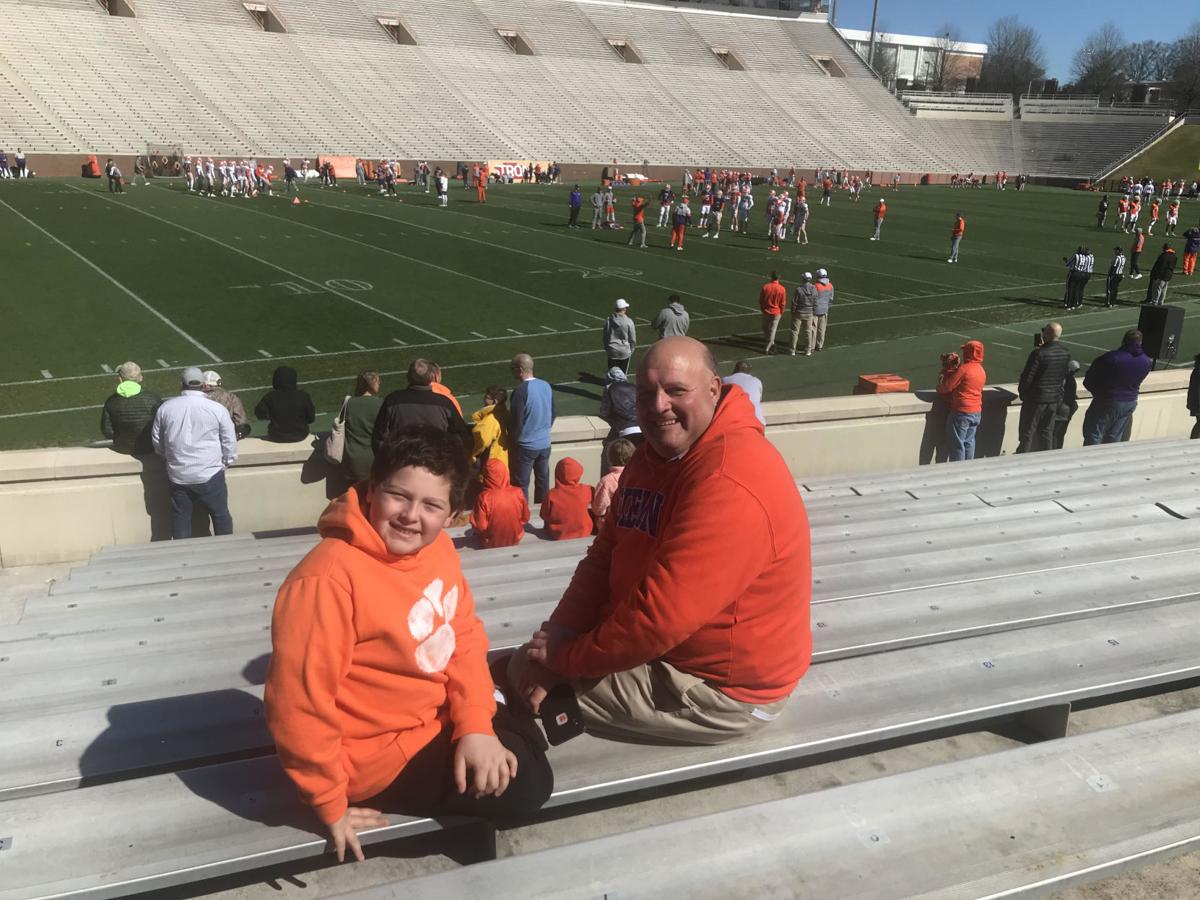 Children and their fathers streamed on to the field through an inflatable tunnel on Saturday at Clemson's Memorial Stadium. Josh Needelman/Staff

CLEMSON — Fresh off his 10-hour, overnight shift as an offline process supporter at BMW, Karim Elmofty opted against retreating to his bed covers and pillow early Saturday morning. Instead he woke his 4-year-old son Adam and promised a fun day.

They hopped in the car as the sun rose over the Upstate. Adam, wearing his father's work pullover, wanted to know where they were going. He begged and begged. Elmofty refused. Then, through the car window, Adam saw a Tiger. He yelped:

Before Elmofty moved his family in 2017 from Egypt across the world to Greer, his lone exposure to sports in the United States had been Clemson football games. Adam became a fast fan after the move, declaring that one day he would play for coach Dabo Swinney.

A little after 8 a.m., Saturday, the duo stepped onto the Death Valley field together, rushing through an inflatable red tunnel. They were among about 550 registered families on hand for a day of fun hosted by All Pro Dad, a fatherhood program of Family First, a national nonprofit organization founded by legendary coach Tony Dungy.

All Pro Dad holds similar events at NFL and NCAA stadiums around the country. Saturday marked its second stop at Clemson.

"Literally, I didn't sleep yesterday," Elmofty said from the bleachers, watching Clemson practice after the event.

A few rows over, Herby Lutz sat with his 10-year-old son, Hobbs. Lutz works for Select Sires Inc., a farmer-owned cooperative based in Ohio. He spends about 120 nights on the road per year, he said, making time at home with his family in Chester precious.

Friday evening he flew in from Amarillo, Texas, with enough time to make it to Death Valley the following morning. The event was a hit with Hobbs. He couldn't decide if his favorite part was the 40-yard-dash or the agility exercises.

The kids also got to throw passes and kick field goals, but most stations didn't include a football. At the prompting of an emcee, fathers were instructed to get down on one knee, hug their children and offer a simple, three-word comment: "I love you."

A core value of All Pro Dads is intentionality, said Ricky Spaulding, who hosted the event. Spaulding grew up in the Palmetto State as a Clemson fan.

"There's an opportunity for this to give dads a tool belt to build stronger families," he said. "Community events like this, it brings the community together. Clemson football is what it is right now, amazing. So that's easy. But just having everybody excited to be here, it's really cool."

As the event wound down, Clemson kickers jogged onto the field, knocking through field goals as kids and their parents looked on. Soon the entire roster was on the field. Practice had started. Then, decked out in Clemson purple and orange, Swinney strode into the late-morning sunshine, smiling, and grabbed a microphone.

Clemson's Dabo Swinney to assistants: Spend time with your own kids, or you're fired

He walked back and forth on the sideline, looking up at the fathers and children sitting in the bleachers. Reiterating much of the values expressed by the All Pro Dad staff, he championed the importance of investing quality, intentional time in one's family, peppering his remarks with references to his personal Christian faith.

The message resonated with Lutz.

"Too many people don't communicate. They don't know how to," he said. "It's not just by text. It's your voice. Communication. Make sure you use your voice and reach out to people."

Before Swinney turned around to run practice, he touched on his own upbringing:

Whistles screeched in the background as Swinney talked about how he longed for his own father Ervil's approval. It didn't come easily. Swinney's relationship with his dad was frayed for many years before Ervil died in 2015.

"(We) didn't necessarily have a great beginning," he said. "But we had an unbelievable ending."

A few moments later, after reminding the crowd the coming season wasn't far away — "Go Tigers!" he said — Swinney beamed and handed over the microphone.

He turned his attention to the field, where his players were already working in synchronized chaos, bashing their bodies against one another in hopes of earning or — keeping — playing time.

And their coach's validation.