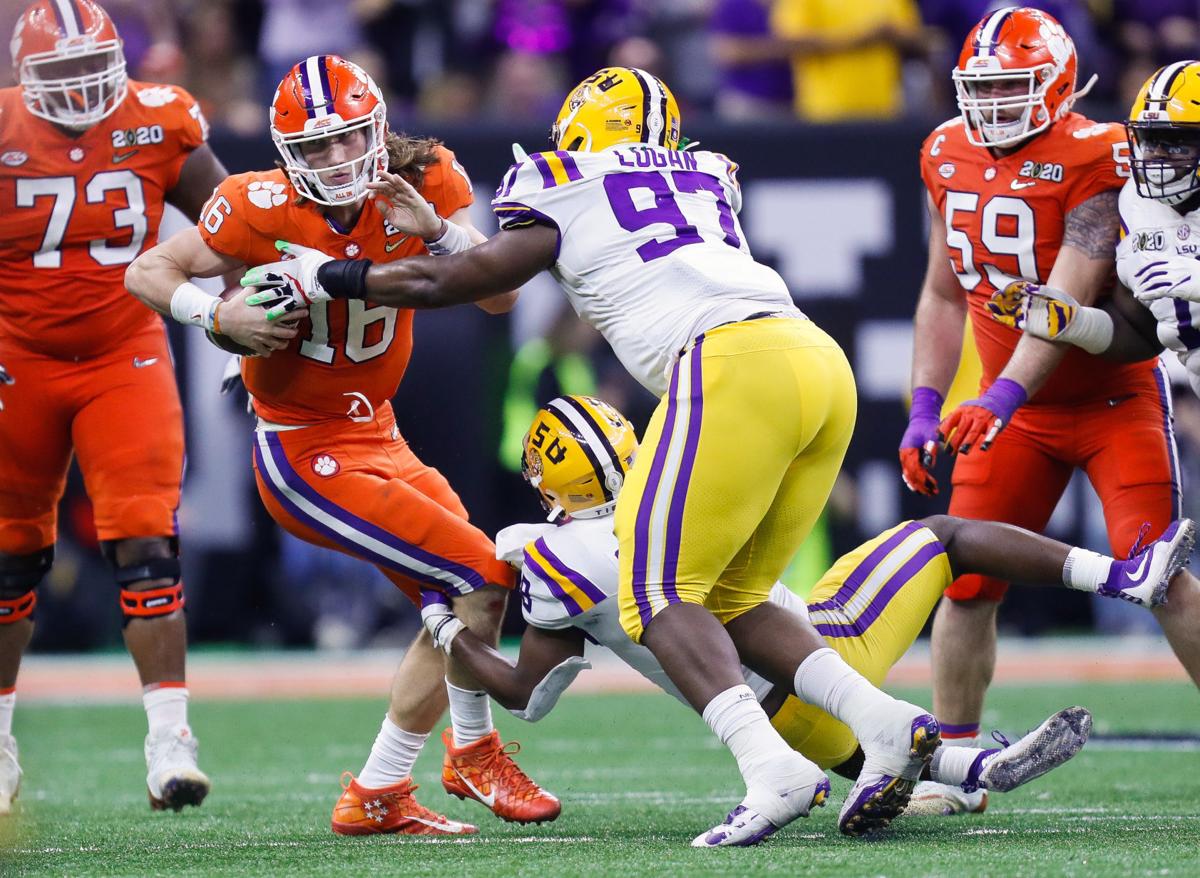 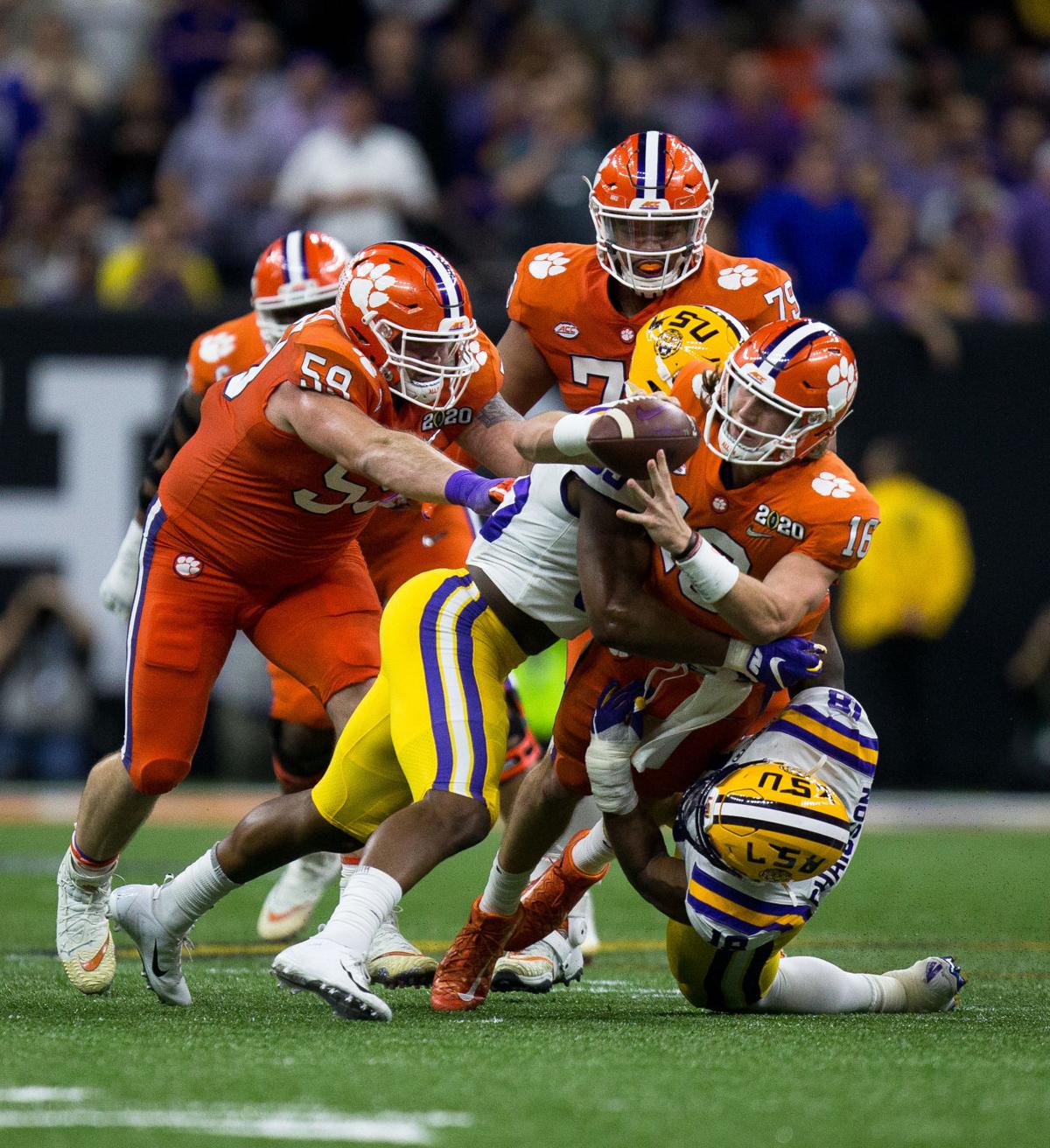 It was the end of Clemson’s 29-game win streak, Lawrence’s first college loss and his worst game.

A few coaches and several teammates took turns trying to intervene on the sideline.

Finally, the 6-6 sophomore came around.

“You’ve got to look back and enjoy all the things you did accomplish,” Lawrence said after the game, “because what we were able to do is pretty amazing to be a part of.”

The Cartersville, Ga., native was the star last season of Clemson’s 30-3 playoff semifinal win over Notre Dame and 44-16 national championship game win over Alabama. That was as a freshman.

But he struggled against LSU.

LSU had a lot to do with that, talented players led by a sharp defensive coordinator, Dave Aranda, having a good night.

No interceptions, but no touchdown passes.

Lawrence ran for 49 yards and one touchdown.

“It was a lot of different things,” Lawrence said. “First of all, I think LSU did a good job. They brought a lot of pressure. They did a good job mixing up coverages. But at the end of the day, I just didn’t play well enough to win. Too many missed plays by me. Missed a lot of receivers. It just wasn’t my night.”

He said the Tigers practiced very well for two weeks.

“But for whatever reason we were off,” Scott said. “It wasn’t just one person. It was multiple guys. We just couldn’t get in rhythm. You have to give LSU credit.”

“He tried to make plays,” wide receiver Tee Higgins said. “He’s the best player on the field but sometimes it doesn’t go your way.”

That wasn’t good enough for Lawrence, who on this night suffered in a comparison of the players likely to go first overall in the next two NFL drafts.

“If you’re going to win games like this, you’ve got to play really well,” Lawrence said.

“He’s not going to lose many. I’ll go ahead and tell you that right now,” Swinney said. “He’s going to be a hard guy to beat forever because he’s special.”

Clemson's Travis Etienne yet to make decision on 2020 NFL draft

"He plays a position where longevity is not good. You really want to make as much money in the NFL on the front end when you are playing a position where it's least likely that you will get a second contract."