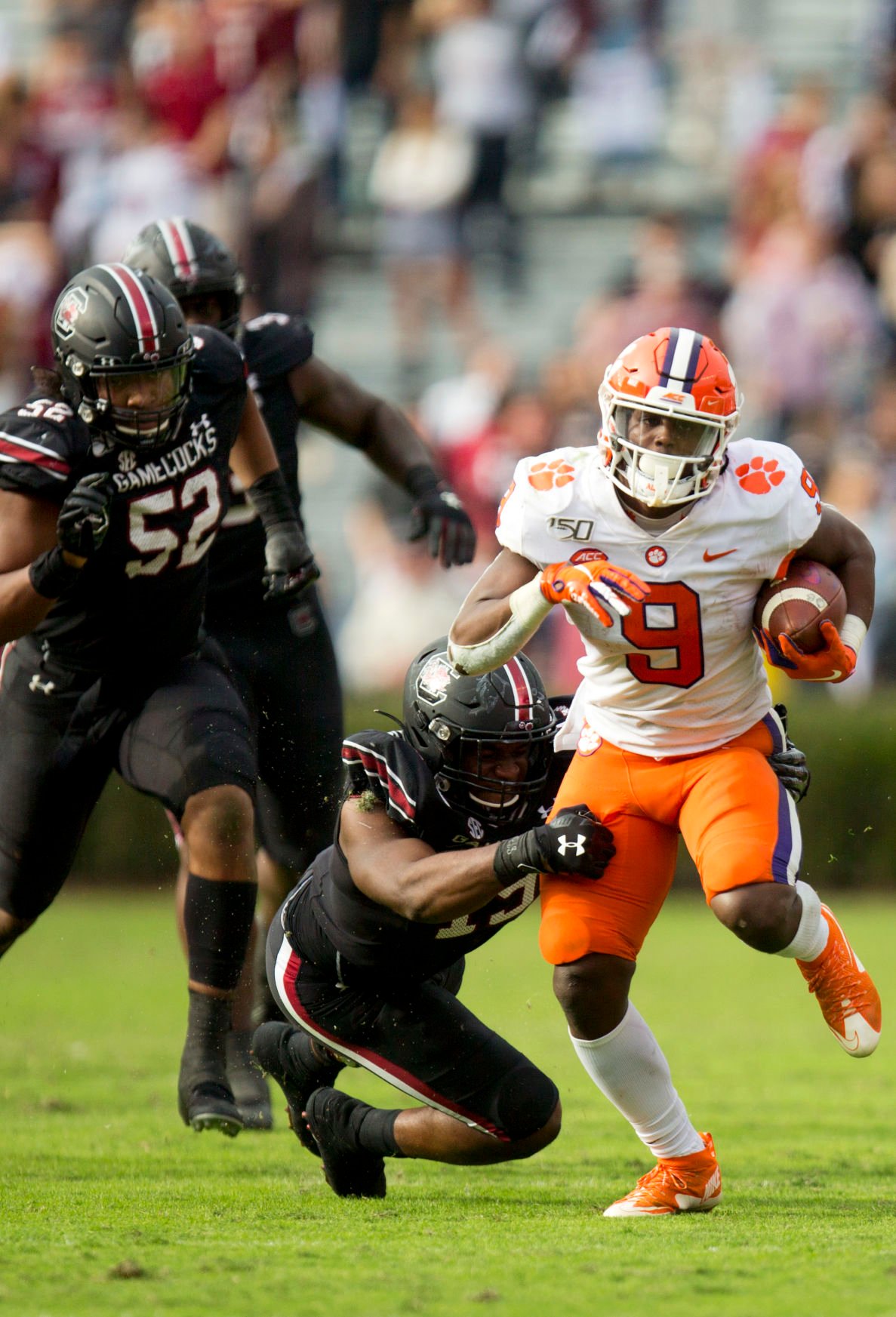 Travis Etienne scored a pair of rushing touchdowns for Clemson in the Tigers' 38-3 victory over South Carolina on Saturday. Gavin McIntyre/Staff 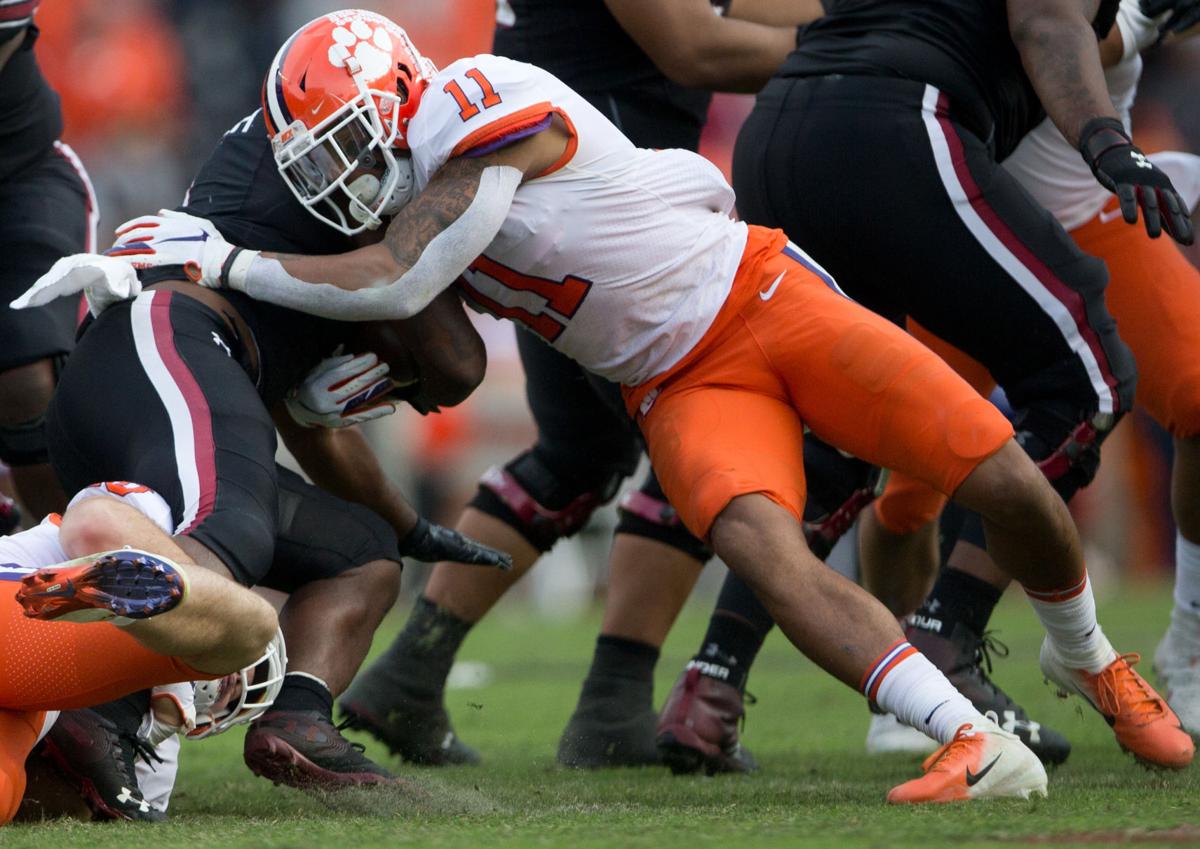 Travis Etienne scored a pair of rushing touchdowns for Clemson in the Tigers' 38-3 victory over South Carolina on Saturday. Gavin McIntyre/Staff

CLEMSON — Travis Etienne is not a fan of the spotlight. Shy by nature, the Clemson running back often flips opportunities to talk about his accomplishments into compliments of his teammates.

Etienne, also named the conference's Offensive Player of the Year, has rushed for 1,386 yards and 16 touchdowns on 168 carries this season. He also has 28 catches for 289 yards and two touchdowns.

He enters Saturday's ACC Championship against Virginia as the ACC's all-time leader in career touchdowns (57) and rushing touchdowns (53).

Despite putting up big numbers this season, Etienne was not named a finalist for the Doak Walker Award, which is given annually to the best running back in the nation. Coach Dabo Swinney mentioned Etienne's snub Tuesday as part of a larger rant about what he believes to be unfair media coverage of his team this season.

"If there's a running back award and Travis Etienne isn't a finalist for it, they shouldn't have the award," Swinney said.

Etienne said he normally tries to block out thoughts about winning awards and breaking records, but he admitted last week his college journey has been surreal.

"It's crazy to think that me, from Jennings, Louisiana, coming here to Clemson three years able to do the things that I have done," Etienne said.

In late November, Etienne returned to his hometown during Clemson's open date. He was honored as part of a jersey retirement ceremony at Jennings High, where his younger brother, Trevor, is a star sophomore running back.

The junior has been important to Jennings, a blue-collar town of about 10,000. Panic gripped the community during Etienne's childhood, as eight women's bodies were found in ditches and canals in and around the town. When Etienne reached high school and became a football star, Jennings rallied around him as a source of brightness.

"It was just crazy thinking that I give the community so much hope and that I can have an impact on other people around me," Etienne said.

Simmons leads the Tigers in tackles (84) and in sacks (seven). The redshirt junior is a projected lottery selection in the 2020 NFL Draft.

Swinney has been effusive in his praise of Simmons, who wasn't part of last season's All-ACC team. Now, Simmons is one of the stars of the nation's second-ranked defense.

"Isaiah's the poster child for why you come back," Swinney said last month. "Somebody would've drafted him last year. He probably would've been a second, third-round guy, just on his athleticism. He's got a chance to be a top-10 pick if he can finish. He's special."

Where: Bank of American Stadium, Charlotte