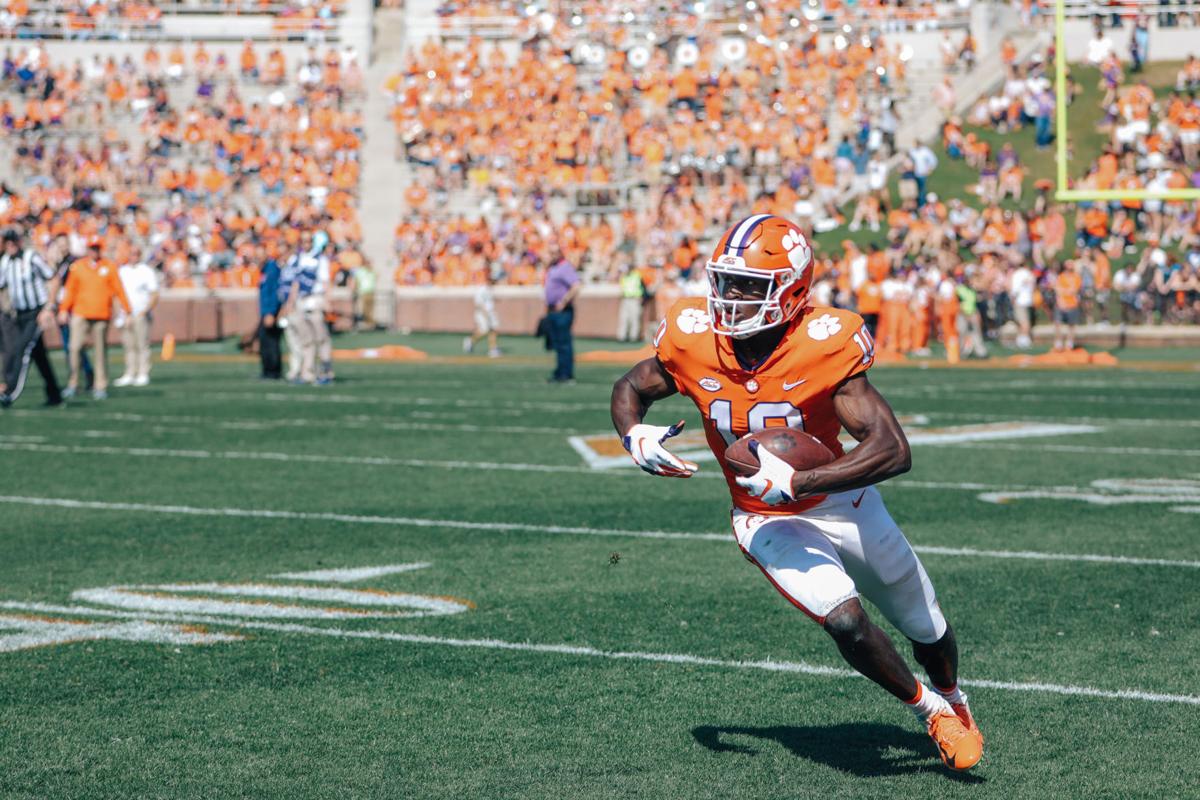 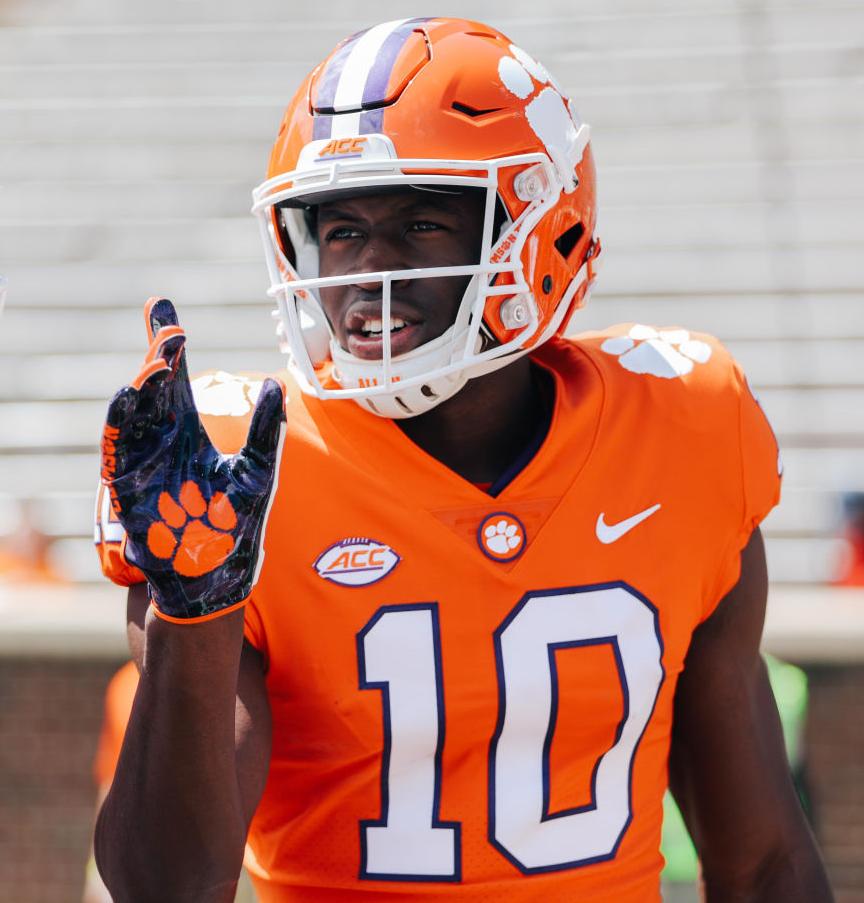 Every fall camp, the Clemson football coach brings his team to the lumpy field adjacent to the $55 million Allen N. Reeves Football Complex for a handful of practices. It's one thing to perform well at Reeves; it's another to perform well at Jervey Meadows.

One player who has impressed Swinney during fall camp — time at Jervey Meadows included — is freshman wide receiver Joseph Ngata.

"He's as hard a worker as I've ever been around, seniors included," Swinney said. "He's one of the most focused, one of the most committed young people I have ever seen. It's amazing to watch him work."

Ngata is hopeful the high praise will translate to playing time, though it won't be easy. The Tigers wield a dangerous stable of wide receivers, starting with junior Tee Higgins and sophomore Justyn Ross. And with junior Amari Rodgers still recovering from a torn ACL, it appears senior Diondre Overton has a lock on the third starting wide receiver spot.

But it's clear Swinney has developed a soft spot for Ngata. He was asked when he realized what he had with the freshman.

"Second day (of high school practice)," Cosbie said. "It was like 'Dang, this guy's special.' "

Cosbie, who played 10 years as a tight end in the NFL and has coached on and off at the high school and college level for the past 17 years, only planned to offer spot help at Folsom (California) at the behest of former co-head coach Troy Taylor, a longtime friend.

Then he met Ngata.

"Joe was a big reason why I stayed," Cosbie said.

A self-described "semi-retired business owner," Cosbie stuck around as Folsom's receivers coach for three seasons, through Ngata's senior season, and now works in a more limited capacity. Ngata reminded Cosbie of himself as a high school player: tall and skinny, hungry for more.

Clemson's Trevor Lawrence is the talk of college football but has room to improve, says Dabo Swinney

A first generation American, Ngata approached every activity with sharpened purpose — lifting, conditioning drills and route running. He started on varsity as a sophomore.

Cosbie often told the receiver that, barring a traumatic event, he had the potential to play professionally. Ngata didn't need a ton of prodding, Cosbie said. But he wanted to be sure. He had seen plenty of talented kids fall into the wrong crowd; when he coached at Sacramento High School in the late 2000s, he once buried a sophomore running back on a Wednesday and coached a game Friday.

"I've seen the other side of it. Seen the bad side of it," Cosbie said. "That's not Joe's thing, that's not Folsom's thing. But having experienced it and lived it firsthand, I've got to do my part to share my life lessons."

Soon Ngata blossomed into one of the most renowned receivers in the area. At 6-3, he'd bully smaller defensive backs, not dancing around them but running through them, then turn on the jets and outrun the rest of the defense to the end zone.

One play sticks out for the Folsom community. During the 2017 section championship, the Folsom quarterback lofted a ball to Ngata in the corner of the end zone. The pass was underthrown, though, and screamed toward the defensive back's head. Ngata, who had leaped, snatched the ball from the defender, catching it at his own waist.

"Just took the ball from him," said Paul Doherty, Folsom's new head coach. "It looked like he was playing on a miniature basketball hoop, like a little nerf hoop in the bedroom, where you don't even have to jump to dunk it, but you jump anyway."

The moment is frozen in time at Folsom, where a poster of the catch is affixed to the wall outside the locker room.

"It's like, that's an NFL guy right there," Doherty said.

Ngata left behind a decorated resume at Folsom. He totaled 188 receptions for 3,682 yards and 55 touchdowns, leading the team to consecutive state titles in each of his final two seasons.

After the second championship this past December, as Ngata celebrated with his teammates under the lights at Cerritos College (Norwalk, Calif.), Cosbie took a moment to himself and reflected on the past three years.

"Most guys graduate the end of May and can enjoy it four, five, six months," Cosbie said. "Joe was graduating in December, then heading off to college."

A 4-star recruit, per 247sports.com, Ngata was also pursued by Texas A&M, Auburn, Nebraska, Florida State and Penn State, among others. But a scholarship to Clemson, a program increasingly known for churning out elite skill players, proved too enticing to pass on.

"Hopefully he'll see the field," Cosbie said. "They'll probably have a hard time keeping him off of it."

It seems Ngata, now 6-4, 215 pounds, might not need to wait long to prove himself at the college level. Clemson has through the fourth game of the season to decide on redshirting players, and Swinney said there's one true freshman who definitely won't be redshirted.

WHO: Georgia Tech vs. Clemson