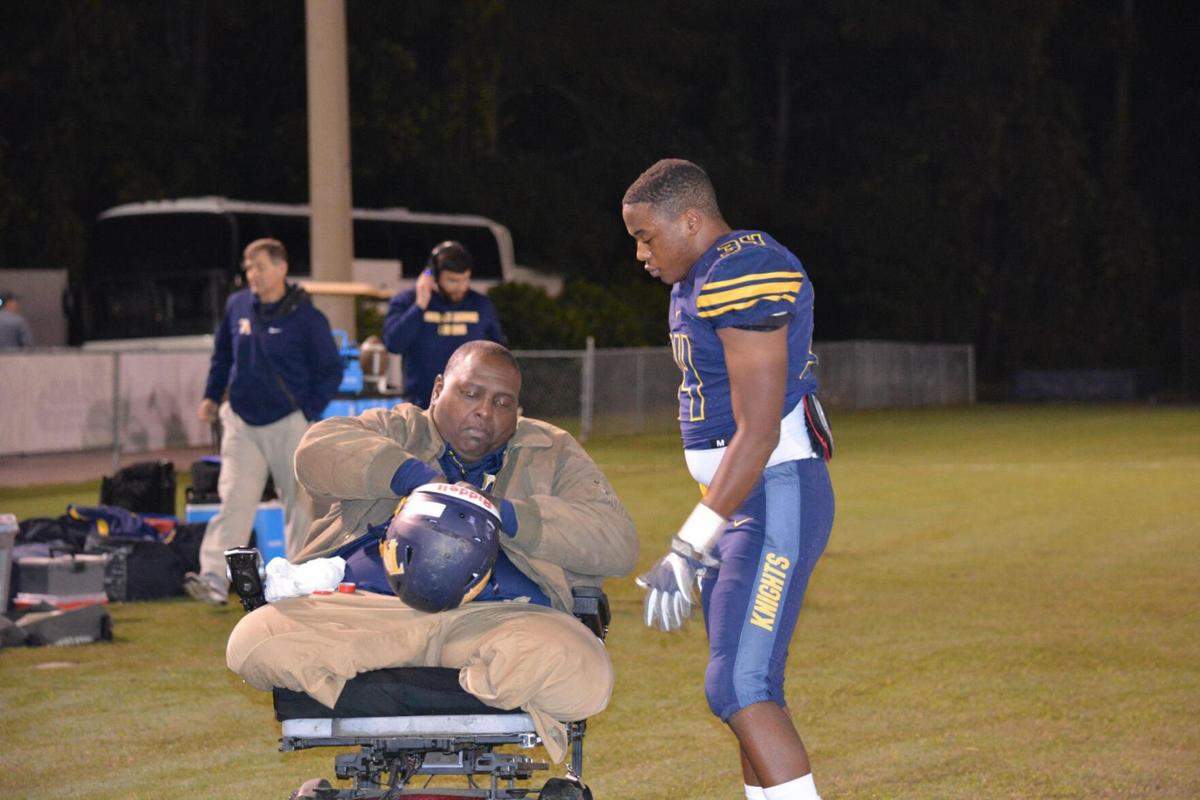 Kareem McNeal, who was Dabo Swinney's teammate on Alabama's 1992 national championship team, is grateful to the Clemson head coach for helping make his son's dream to play college football become a reality. Kevin McNeal is a walk-on running back for the Tigers. Provided photo. 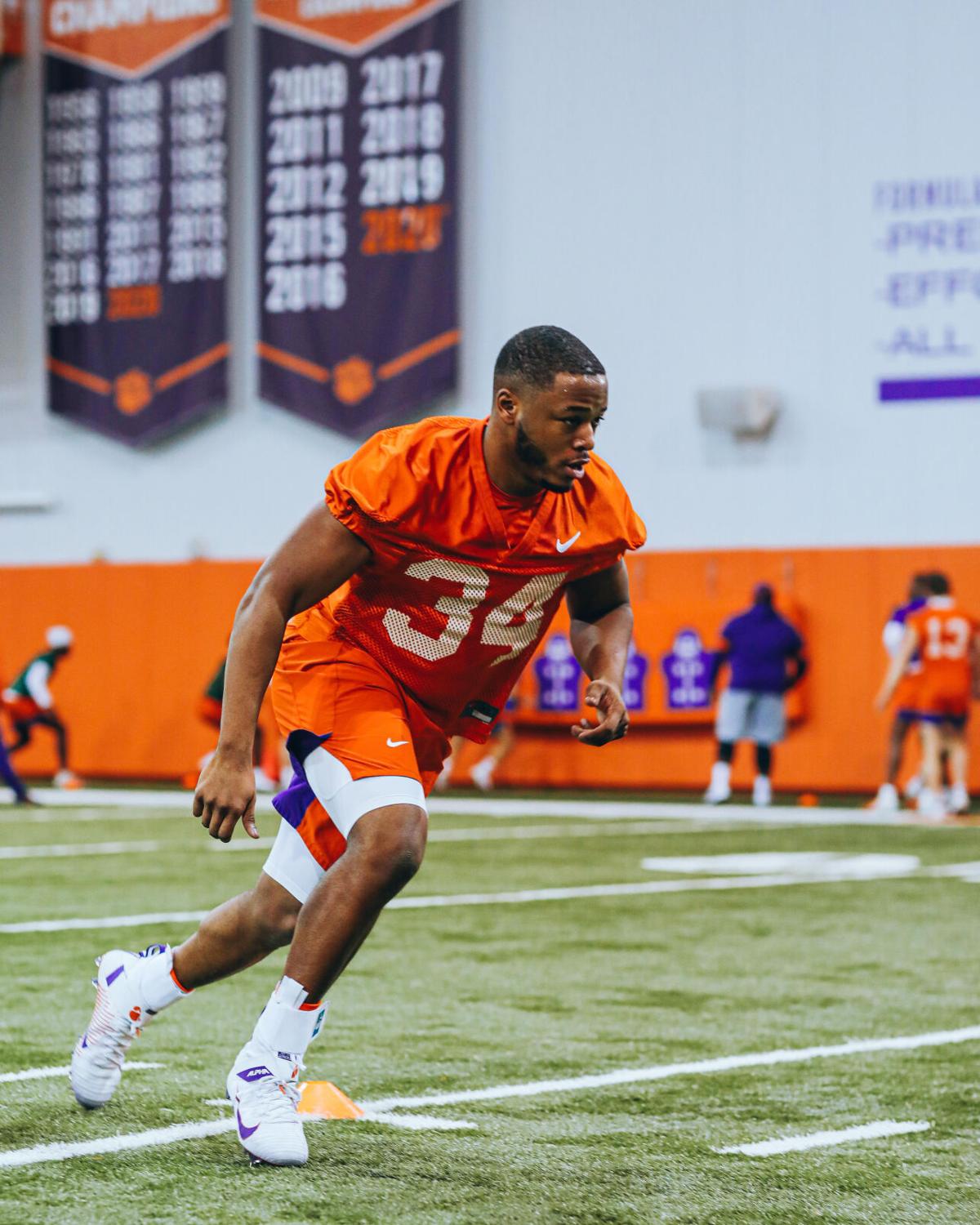 Kevin McNeal is a freshman walk-on running back for Clemson. Maddie Williams/Clemson Athletics.

CLEMSON — Kareem McNeal was struck by the power of his son's legs. Powerful and limber, they helped Kevin McNeal take flight. Kareem could no longer walk, but his son could run.

It came as a surprise to everyone, including Kareem, who had been an Alabama offensive lineman and an NFL prospect before a 1995 automobile accident left him paralyzed from the waist down. Later, both of his legs were amputated.

Kevin played offensive line growing up, until one day his coach tried him at running back. Kareem, watching from his wheelchair, was gobsmacked.

"I couldn't believe how fast he was," Kareem said. "It was unbelievable."

The Tuscaloosa Academy (Ala.,) coaches knew they had stumbled onto something special. Soon Clemson coach Dabo Swinney, who was Kareem's teammate on the Crimson Tide's 1992 national championship team, caught wind of the running back with the indefatigable work ethic and took on Kevin as a walk-on ahead of the 2021 season.

That Swinney took a chance on his son on is a testament to the strong bond of that championship team, Kareem said. Clemson defensive ends coach Lemanski Hall and safeties coach Mickey Conn were also part of that team.

"He helped open the door for my son to reach his dreams," Kareem said of Swinney. "Whether it goes any further or not, whatever. But his dream was to play college football and be on a team."

Kevin might not receive a ton of playing time once the season starts, but he got two carries in the Tigers' spring game April 3. His father and mother, Rene, watched proudly from the Death Valley stands.

"It just kind of brought back some memories of when my husband played," Rene said.

Rene and Kareem first met in eighth grade in Tuskegee, Ala., then reconnected during freshman orientation at Alabama. Rene was hesitant at first to date a football player, but there was something special about Kareem. And his smile. Soon she was a regular at Crimson Tide football games, and they married in Dec. 1994.

The accident happened on a July 1995 evening. Kareem's brother-in-law, who was driving, lost control when he swerved to avoid hitting an oncoming car. His car became airborne, and Kareem and the other passengers were ejected into the street.

Clemson offensive lineman shares dream with his father: 'My dad is my hero'

It changed everything for Kareem and Rene. Kareem shifted his focus from the NFL to completing his college degree. Rene changed majors from nursing to child development and family studies, seeking a lighter workload so she could care for her husband.

Rene became Kareem's unofficial live-in nurse, but she wasn't alone. Rene, who worked as a resident manager, was moved to The Highlands apartment complex, where all the on-campus football players lived.

"They always called me Ms. Kareem or Ms. Reem," Rene said. "Whenever they saw me, they would ask if I needed anything or check to see if he needed anything.

"They were just right there. And so I think that was great for Kareem as well because that meant he was still with his football family."

After graduation, Kareem kept up with his former teammates, including Swinney. And he settled into fatherhood. In 2002, Rene gave birth to twin boys, Kevin and Carson, and then four years later to another set of twins, Tyler and Harley.

Kevin and Tyler emerged as the football players of the bunch. They watched in awe whenever Kareem flipped to an old Alabama game on ESPN Classic. Kevin, who is 5-9, hardly recognized the 6-6 goliath on TV.

Kareem hopes his children learn from him the power of positivity. When he lost his legs, he created new dreams. Long a fan of cooking — he used to whip up fried fish, french fries and pork chops for his college teammates — Kareem devoted himself to baking cheesecakes, which he supplies to Tuscaloosa restaurants.

This summer, in fact, he plans to bring some cheesecake to Swinney and the Clemson coaching staff. The Tigers will host camps for high school prospects, and Kareem plans to bring 14-year-old Tyler, who is 6-2 and is turning heads as a running back.

Tyler is even faster than Kevin, Kareem said.