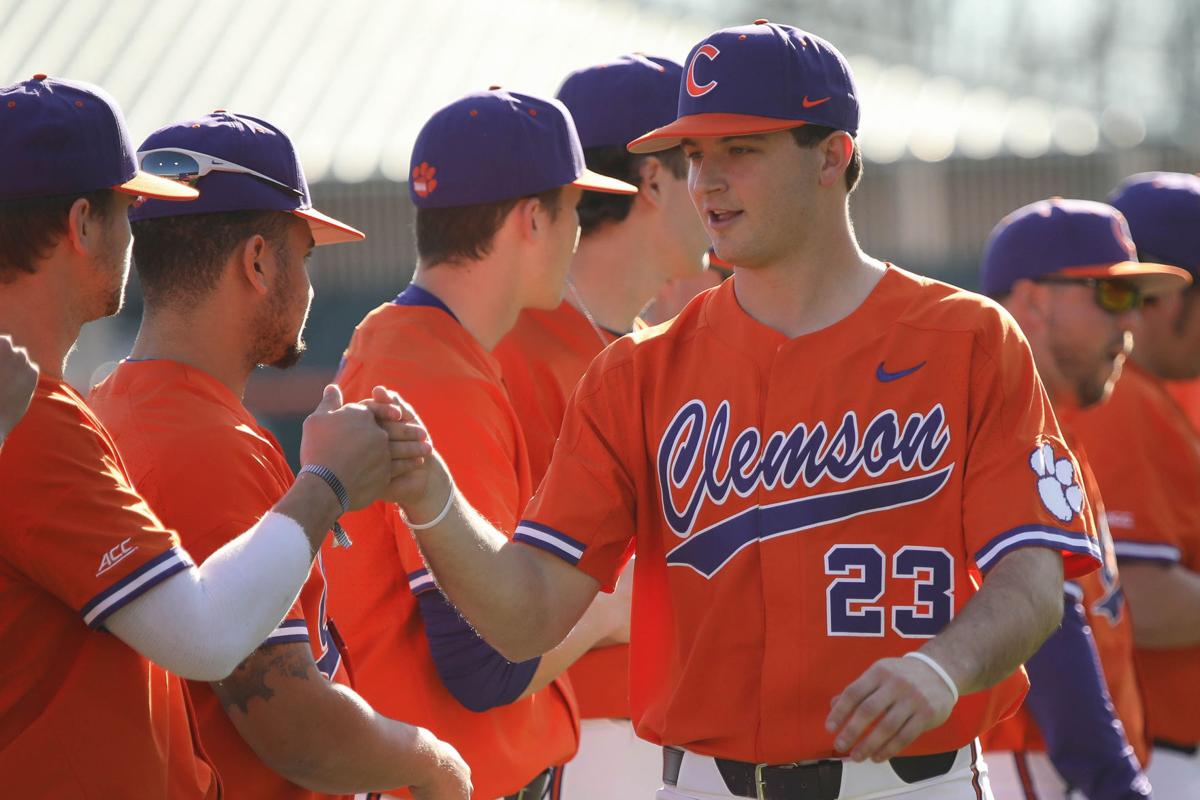 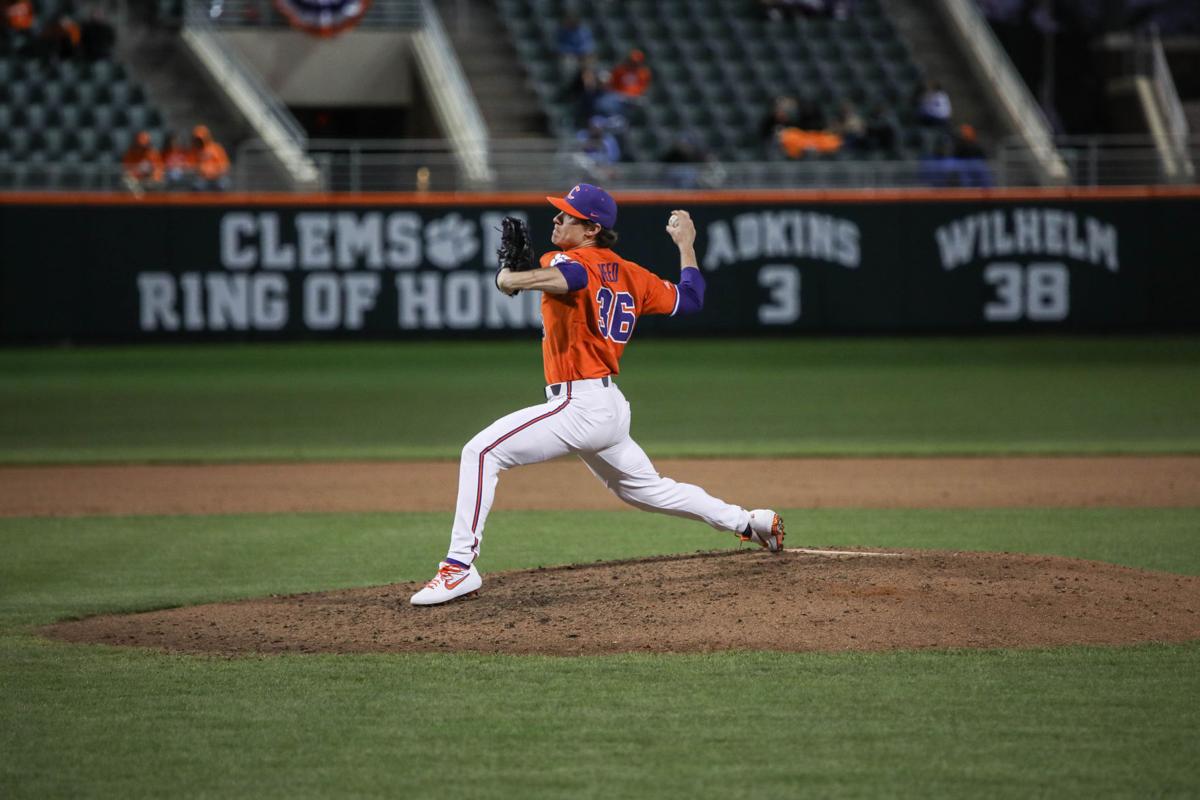 Sheldon Reed appeared in just two games last season before he was sidelined with an injury. Melina Alberti/Clemson Athletics

Representatives from the Philadelphia Phillies, Los Angeles Dodgers, Houston Astros, Atlanta Braves and Seattle Mariners have been in touch with the right-hander, who didn't allow a run over 15.1 innings of work as a Clemson senior in the coronavirus-shortened 2020 campaign.

Spiers believes there's a chance he gets selected in June's MLB draft — which has been trimmed to five rounds — but he thinks he's more likely to be pursued by teams afterwards as a free agent.

"It's kind of like the recruiting process all over again," he said.

Sapakoff: A former player example of why Furman baseball mattered

If he isn't presented with the right professional situation, though, Spiers has an out. He and right-hander Sheldon Reed are the two baseball players in a group of 25 Clemson senior spring sports athletes who can return for an extra year of eligibility, based on NCAA relief due to the coronavirus shutdown.

Spiers is ready to turn professional, he said, and he believes he's good enough to be successful at the next level.

But he has no problem returning to coach Monte Lee's team for one more season if need be.

"I have Clemson in my blood," he said. "Coming back to Clemson is high on my list. I want to perform. I want to play at Clemson. I want to make a run at Omaha. That's one thing that I've always wanted to do, ever since I was a little kid, is make it to Omaha with Clemson."

The Tigers believed they were on that path this past season. They won their first seven games and were 14-3 when the season was cut short.

The 6-3, 205-pound Spiers was a big part of their success. The Clemson closer surrendered just five hits and no homers in his nine relief appearances, striking out 17 batters and walking three. He had four saves after recording 11 in 2019.

His dominant start to the season was rooted in an increase in strength, Lee said, with Spiers' fastball touching 93-94 mph. Plus, his change-up had become a "pure out pitch."

"If his career is over at Clemson, he's going to go down as one of the best relievers we've had in quite some time," Lee said. "But he has a chance to really leave Clemson with some serious individual accolades if he does come back as the closer for another year."

Amid the lull in the sports calendar, Spiers has kept in shape. He picked up an old bucket of baseballs from his Greenville home and brought them to Clemson, where he's been throwing into a net. Memories have flowed back as he's gripped the nasty, worn balls he hadn't touched since high school.

And he's been reminded of the hard work and fine-tuning he still needs to put in. That's included shortening his arm motion to be more fluid and less "whippy." When his bucket is empty, he picks up the balls and does it all over again.

"It gets boring. It gets monotonous," Spiers said. "But I got to stay in shape. Got to keep throwing. Got to keep the arm ready to go for whatever's next."

Reed has already enrolled in online classes for Clemson's Masters of Human Resource Development program. He said he "would imagine" he'll be back on Lee's team in 2021, but that depends on what kind of interest he receives from professional teams.

The 6-foot-3, 205-pound Reed missed the last three weeks of the season with an injury, which was all the more frustrating considering the progress he said he made the previous offseason.

He allowed one earned run and two walks over two appearances in 2020.

"I just figured some stuff out from the year before," he said. "I was kind of all over the place. I wasn't sure where the ball was going. This year, I was throwing harder, had better command and was getting pitches in the strike zone."

Lee said he was caught off guard by the announcement Tuesday that Furman had eliminated baseball and men's lacrosse to offset losses caused by the coronavirus.

The Tigers normally play the Paladins twice per season, and Lee has relationships with former Furman coach Brett Harker and volunteer assistant Andrew Cox; he and Harker both played at the College of Charleston and he coached Fox at Clemson.

"We've got a personal connection to the program, and know a lot of the kids that they have there. Recruited some of them," Lee said. "It's just a really tough pill to swallow to see a program get cut. You just hate it."