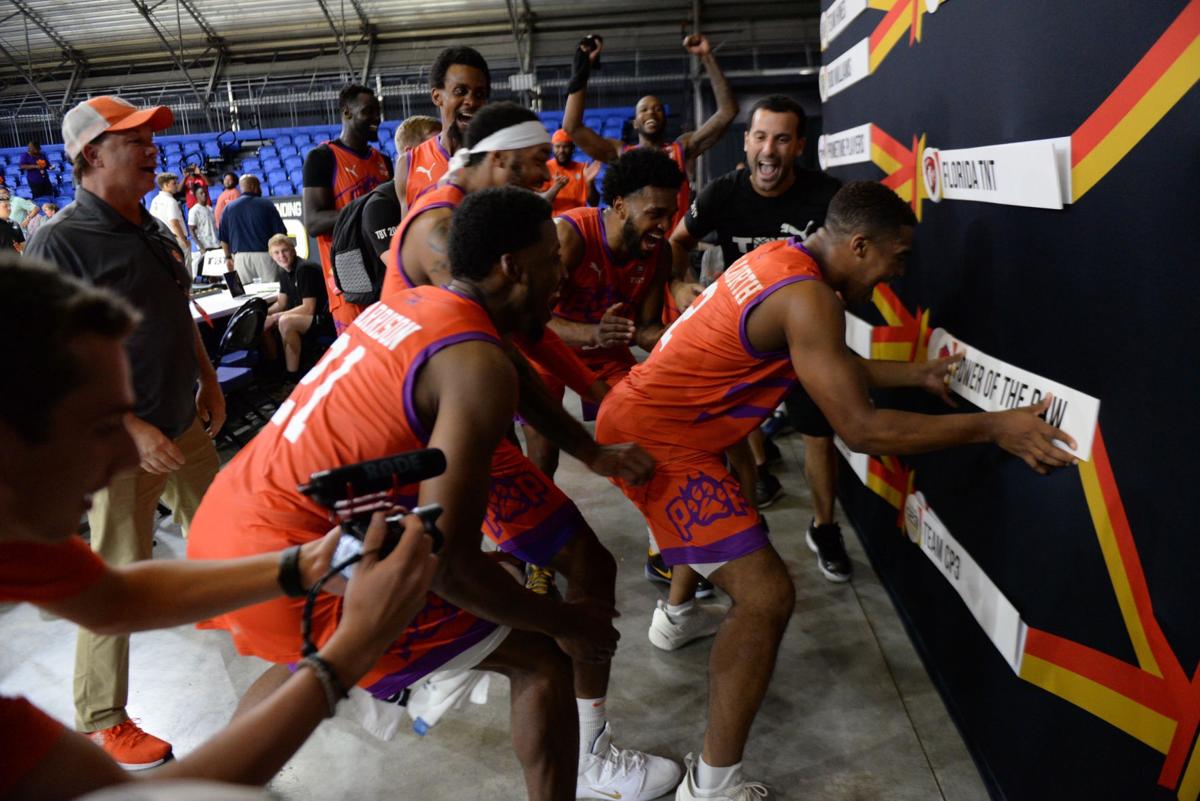 Members of Power of the Paw 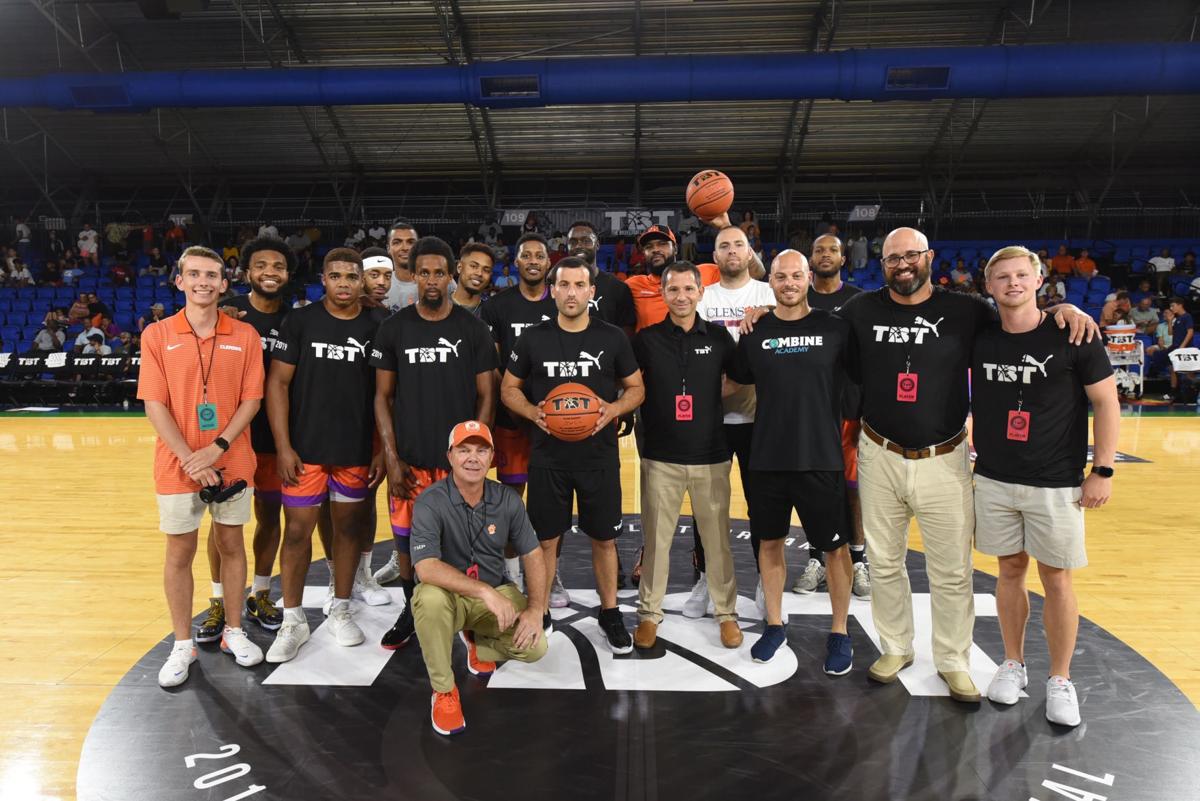 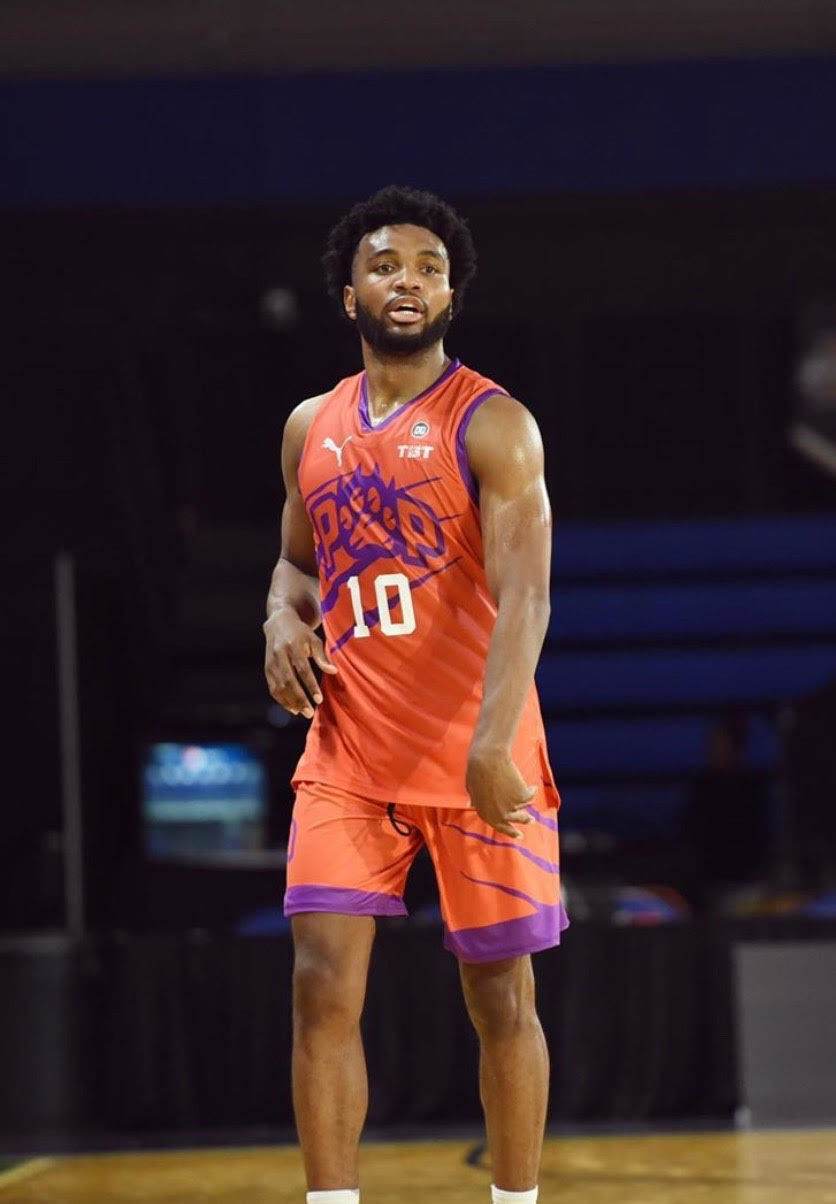 Members of Power of the Paw

CLEMSON — All Nick Isabella and Brian Judski want is a chance.

The duo run Power of the Paw, the Clemson alumni team that competed in The Basketball Tournament (TBT) last summer; Isabella is the general manager, Judski the coach.

Coronavirus has brought the sports world to a halt, but TBT's directors are intent on staging a tournament this summer. The field has been trimmed from 64 teams to 24, and Isabella and Judski — who are both Clemson graduates — believe Power of the Paw is worthy of a bid for the single-game elimination competition with a $2 million prize.

"We feel really good about our chances because of the team that we've assembled," Isabella said. "Also, representing Clemson. When you throw that Tiger paw on the TV, especially in a time like this when there's going to be no fans allowed at the game and everything's going to be streaming on ESPN.

"Everyone knows what Clemson is. It's one of those things. People are going to attract to that game."

Power of the Paw won its opening round game in 2019 before falling to Team CP3 73-68 in the second round of the Greensboro regional.

This summer, the tournament will be conducted in one yet-to-be-determined location. All participants will be tested for the coronavirus upon arrival, with a positive test resulting in the removal of the individual and the team from the event.

Teams will then quarantine together for a period of time before going through another round of virus testing. If all team members test negative, they will be permitted to play in the tournament, during which they will be screened daily for virus symptoms.

Isabella said the tournament is likely be played in Tennessee, Florida or Ohio in early to mid-July.

If invited, Isabella and Judski believe Power of the Paw will be a dangerous team. The roster includes four players from the 2017-18 Clemson team that made it to the Sweet 16 — guards Gabe Devoe and Marcquise Reed, forward Donte Grantham and center Elijah Thomas.

"I call them the core four," Judski said.

Judski said he has an open line of communication with Tigers coach Brad Brownell, who has offered tips on how to best utilize the quartet's skillsets. Judski has also watched tape from that season and bounced ideas off the group.

"I think it would be silly not to run a system that they weren't comfortable with," he said. "I think it will be a huge competitive advantage."

The team also added shooting guard Tevin Mack, the Columbia native who played for Brownell in 2019-20 as a graduate transfer and averaged 12.2 points per game.

Isabella said Mack and the rest are excited at the prospect of getting back to a competitive setting.

"They're actually foaming at the mouth to play," Isabella said. "This was like the easiest sell for me ever. Usually it's like pulling hair whenever I'm trying to recruit guys around the world.