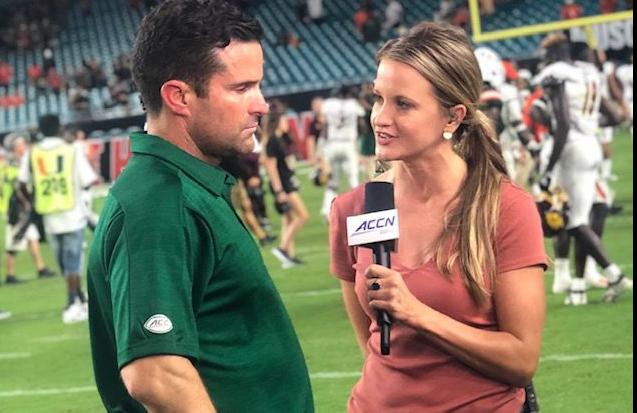 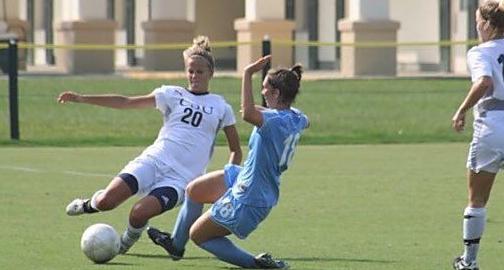 Kelsey Riggs (20) of the ACC Network was a soccer player at Charleston Southern. Photo provided 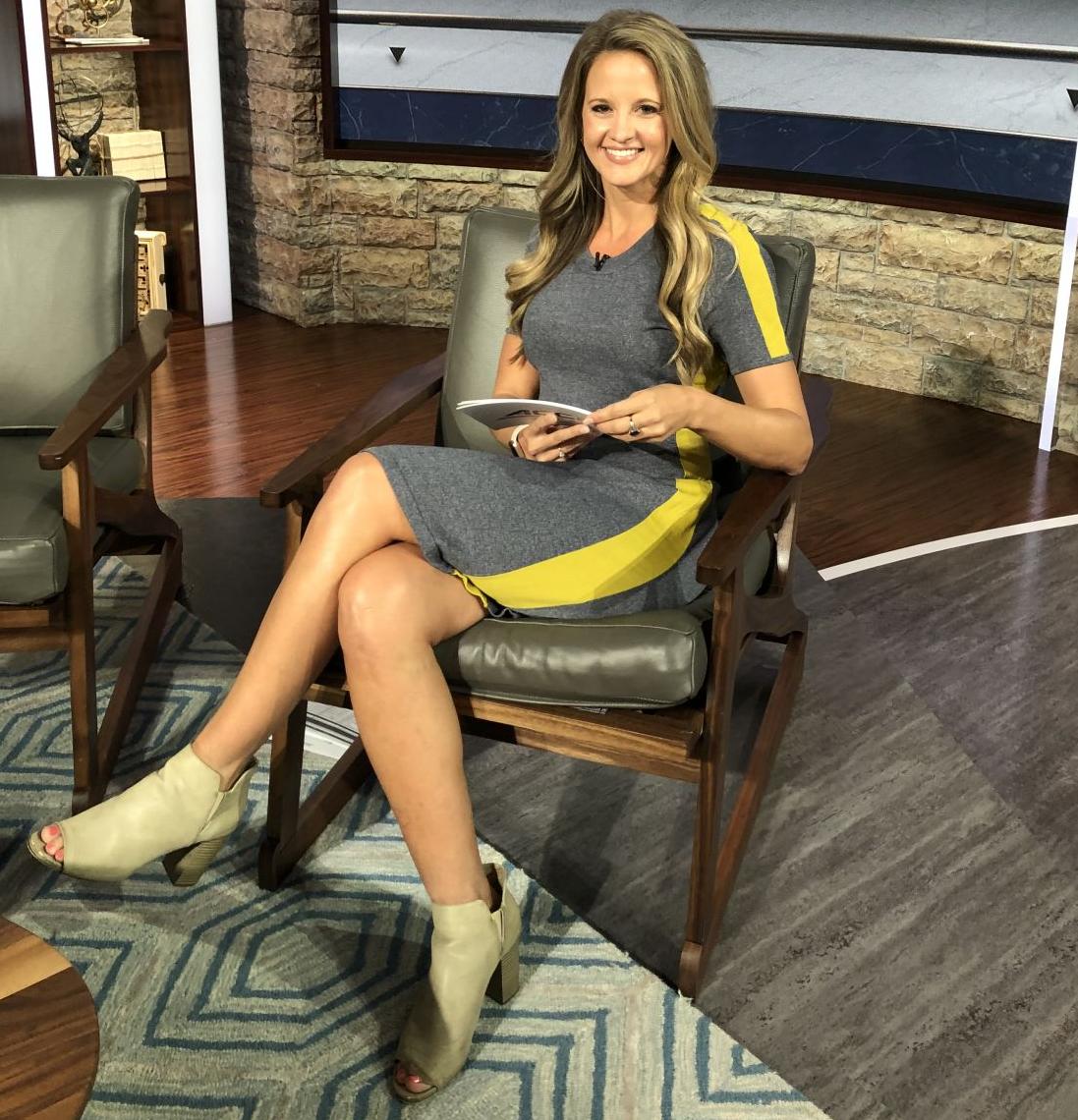 “Hey,” he asked, “you want to try something really hard?”

Herzlich was an All-American linebacker at Boston College. He helped the New York Giants win a Super Bowl.

And with that Riggs and Herzlich proceeded to do battle on the Jacob’s Ladder machine, a rugged treadmill climb for only the ambitious. Soon, the pair was gasping for air. But smiling.

Such competitive spirit got Riggs, 30, to a major-market TV job covering the Carolina Panthers and other Charlotte sports. It’s still apparent as she settles into a lead role with the new ACC Network, launched in August.

“She has a magnetic personality,” said Jordan Cornette, a former Notre Dame basketball captain who works with Riggs on the All-ACC studio show. “She lights up a room. She is so good-natured. I call her our point guard because she kind of leads the way with that team-building that makes everybody feel like one big group. She just puts out good vibes.”

The new job is a combination of studio host and sideline reporter stints bunched into the same busy week.

“I’ve been impressed with her studio work from Day 1,” Herzlich said. “Kelsey is good at getting all the questions in but she has fun with it, too. And she comes up with great stories as a sideline reporter.”

Riggs took an unusual path to the ESPN-run ACC Network. She got her start in broadcast journalism doing the morning news at James Island’s Harborview Elementary School (her parents Bryan and Pam Riggs would come in to watch).

But when Charleston Southern came along with a soccer scholarship offer, Riggs, a veteran travel-league player, couldn’t resist.

To keep up with “people at big broadcast journalism schools” Riggs scrambled for internships. She worked at two Charleston television stations. Andy Pruitt and Kevin Bilodeau of WCSC were particularly helpful, she said.

A week in the life

Riggs was at WBTW in Myrtle Beach before moving to Charlotte.

This week, the Carolina girl is adjusting to the weather at her home near the ESPN campus in Bristol, Conn.

“I am officially a Northerner,” Riggs said. “I keep joking that it’s not snowing yet, so it’s fine.”

This is so convenient for her parents, grandparents, aunts, uncles and cousins on James Island. Now they can watch Kelsey on TV multiple times per week.

“It’s been a whirlwind in the best way possible,” Riggs said. “I came into this opportunity so excited, not just as the next step in my career but to be a part of something like this. To get to help launch a network — not just me, but for everybody — is just so exciting.”

Both come from the high-level soccer experience.

“It helps a ton,” Riggs said. “The things you have to be able to maintain and balance as a college athlete are things that help you throughout your life. Whether it’s time management or priorities or work ethic – all of those things help me, not just in work but daily.”

There is versatility in that competitive spirit, too.