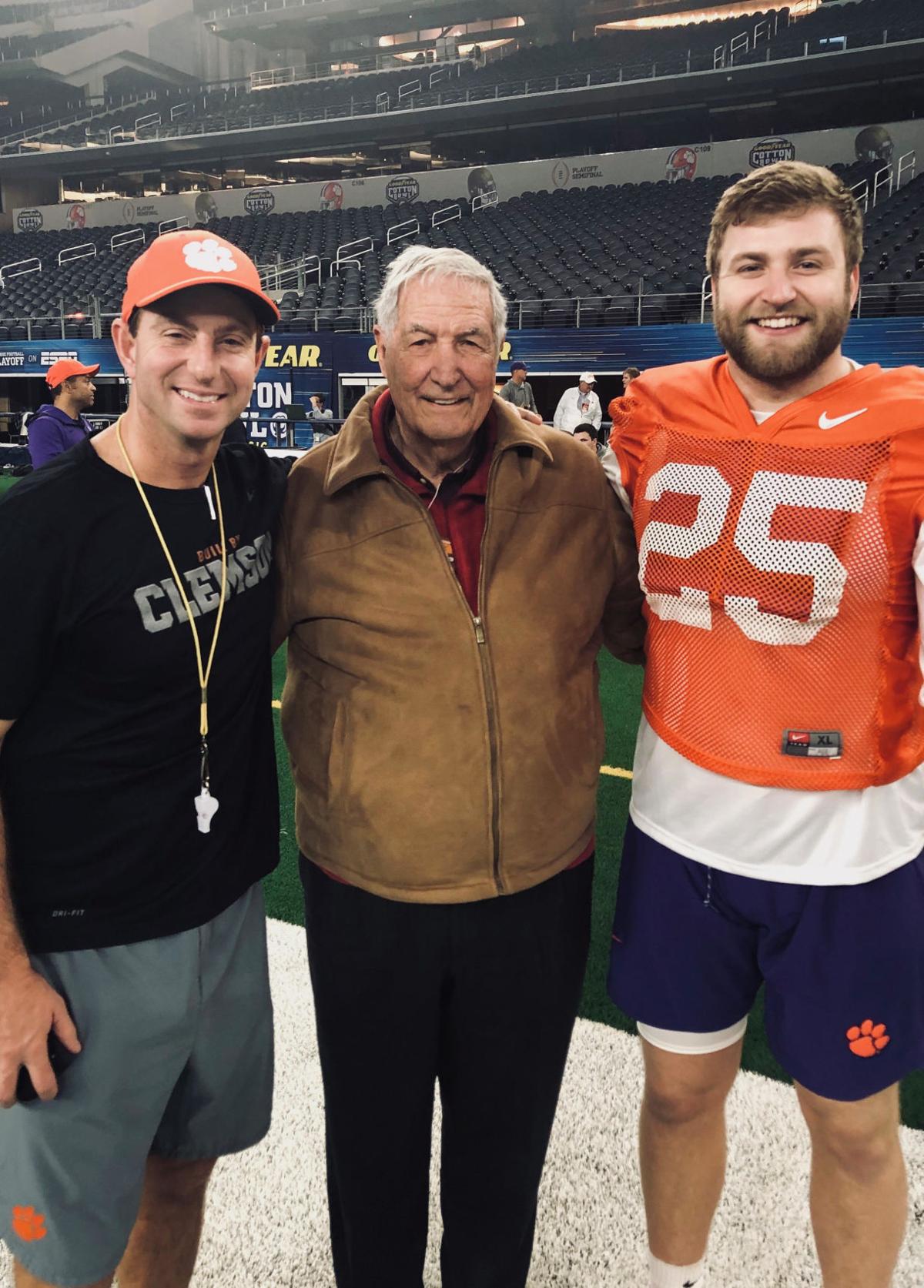 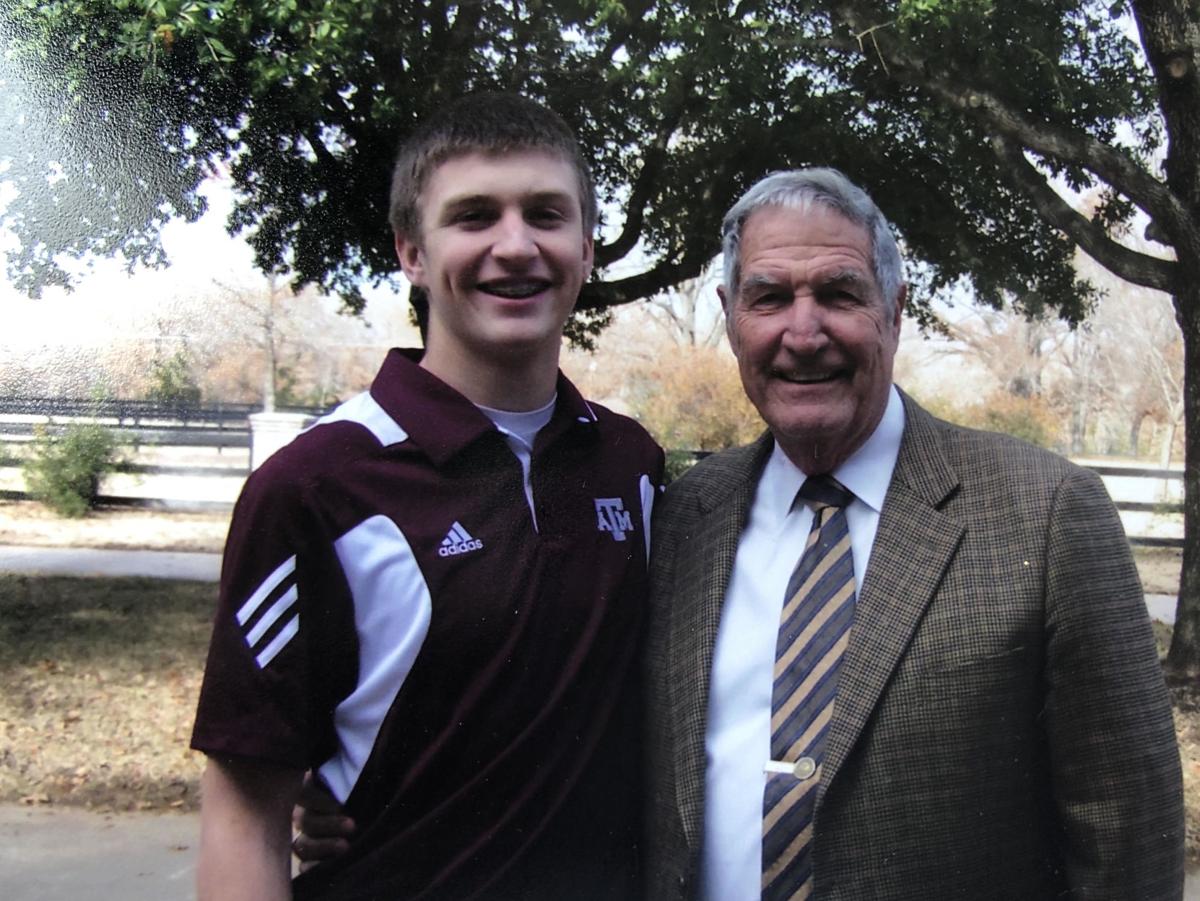 CLEMSON — Gene Stallings never learned Mr. Stone's first name. There was no need to. Mr. Stone provided a service, and Stallings was a loyal customer. Mr. Stone, Stallings said, crafted the finest hunting knives the world has seen before his death.

That's why before Stallings' grandson, John Clifford Chalk left for college, the former Alabama coach placed his best Stone knife in the boy's hand. It came with a request.

"I'm giving you the best knife I got," Stallings said. "All I'm asking you is to be the best you can, being a citizen, being a football player."

Chalk was to return the knife, Stallings insisted, if he couldn't fulfill those expectations.

"So far," Stallings said in early August. "He hasn't given it back."

Perhaps Chalk spent the offseason thinking extra hard about his grandfather's message. With a clear path to the starting tight end job for the first time in his Clemson career, the redshirt junior rededicated himself to his craft, modifying his diet and focusing his mind, sharpening his knife, moving in for the kill.

"I think it got real for him quickly, when he looked around and said, 'Daggone. This is my opportunity,'" the coach said. "He's moving with confidence. He's moving like a veteran."

That's not a coincidence. His mother Jackie said she hardly saw her son without his playbook in hand this summer. He'd wake early and workout at Clemson's facility, only to return home and munch on fruits and vegetables. Bags of chips went unopened.

"I noticed the pantry stayed much more full longer than it normally does," Jackie said. "Did not see him eating any sweets. He was cutting back on carbs."

"He's got his abs back," running back Darien Rencher said.

For all of his grandfather's football achievements — Stallings led an Alabama team that included Swinney to the 1992 national championships — Chalk was not pushed to pursue the game.

He came upon it himself, and when he did, his parents were quick to emphasize that his identity was not tied to what he did on the gridiron.

"We always told him, 'Your identity is bound in God,'" Jackie said.

Chalk took that mindset and starred at Argyle High School in Texas, earning interest from Texas A&M, Texas, Mississippi and Clemson. The recruiting process wasn't the first time Chalk had met Swinney, who got his start coaching under Stallings at Alabama.

At a reunion for the Crimson Tide's 1992 national championship team at Stallings' ranch in Paris, Texas, a 10-year-old Clifton found himself playing catch with Swinney in the driveway. Swinney left Clifton with a poker chip, one side bearing the coach's signature in bold, black lettering and the other featuring a now familiar motto: 'I'M ALL IN.'

In the years to come Swinney became a national figure, and Clemson a nationally recognized program. Chalk committed to the Tigers and redshirted in 2016 before catching two passes each of the following two seasons. He conceded he could've approached things differently during that period.

"A lot of times when practice was done I'd go home and not think about football a whole lot," he said. "I'd go home and hang out with my girlfriend, go do homework, be more kind of focused on kind of being a regular student, which is not the best mindset to have."

A series of conversations with former tight end Garrett Williams sparked a change. As Williams wrapped up his Clemson career with one year of eligibility remaining in pursuit of a military career, he left Chalk asking important questions about himself.

Last year's starter at tight end, Garrett Williams, will not use his final year of eligibility, leaving a hole at the position some thought would be filled by Braden Galloway.

Williams' departure — Chalk declined to reveal if Williams is still pursuing the military — combined with the year-long suspension of sophomore Braden Galloway, who tested positive for trace amounts of Ostarine before last season's College Football Playoff, opened the door for Chalk, who Swinney said made a "nice play," in the team's Saturday scrimmage.

When Stallings retired from coaching in 1996, he retired for real. To Chalk, he's 'grandpa' and nothing else. But his influence on Chalk's playing career is clear.

A couple winters ago, Chalk happened upon bunches of Stallings' old playbooks while rummaging around the attic attached to one of the bedrooms in Stallings' ranch. He stayed awake early into the next morning, giddy, huddled up with Jackie and his father, Eugene, poring over the notes.

Now Chalk has a chance to start, a chance to turn the scribbles in his playbook into real-life blocks and receptions for a Tigers team aiming to repeat as national champions. Back in Texas, in the ranch where he stores more than 1,000 knives, Stallings will be watching.

Why Clemson's Shaq Smith transferred to Maryland, and the people who influenced him

Former Clemson linebacker Shaq Smith talks about his decision to leave the national championship team to play at Maryland.