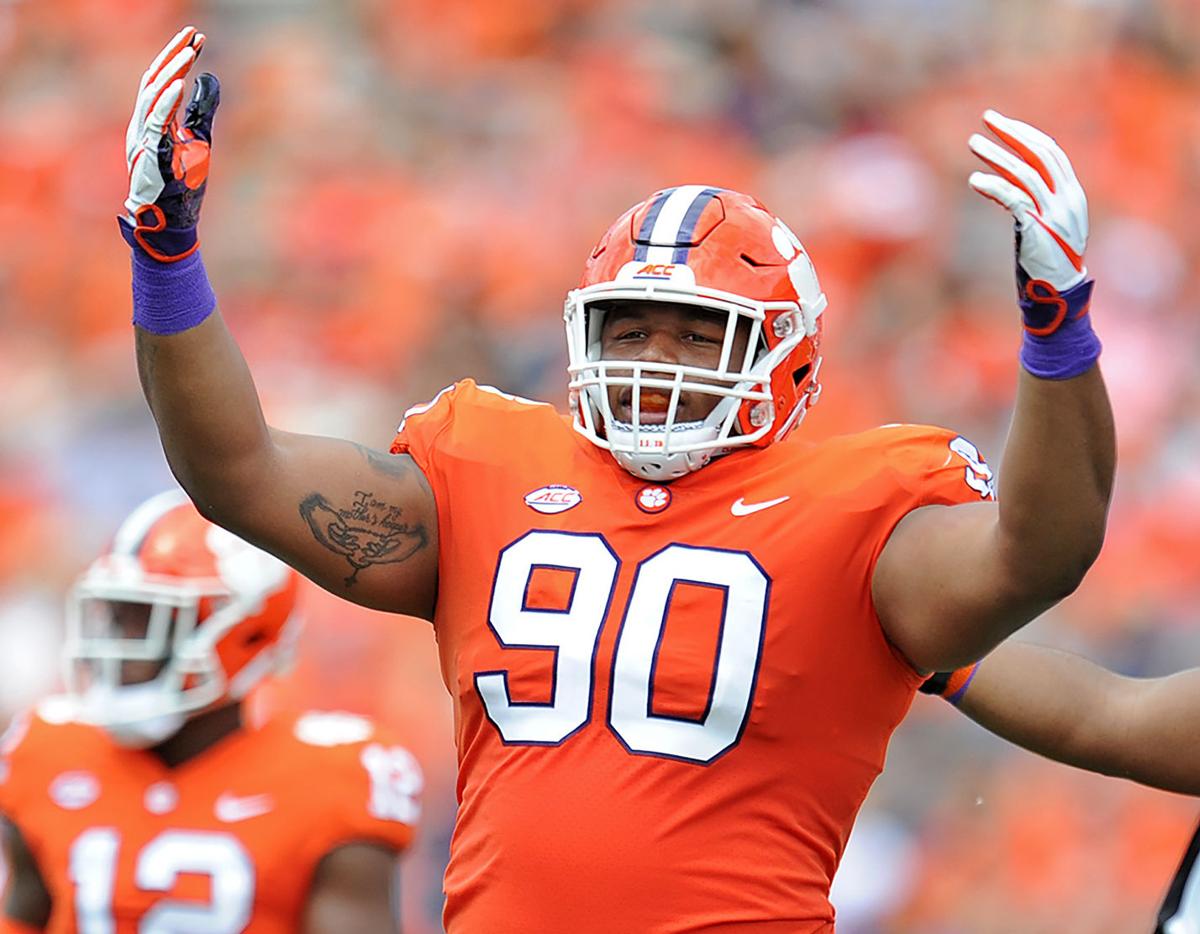 Clemson defensive lineman Dexter Lawrence will forgo his senior season and declared for the NFL Draft on Wednesday. File/Gwinn Davis/Special to The Post and Courier 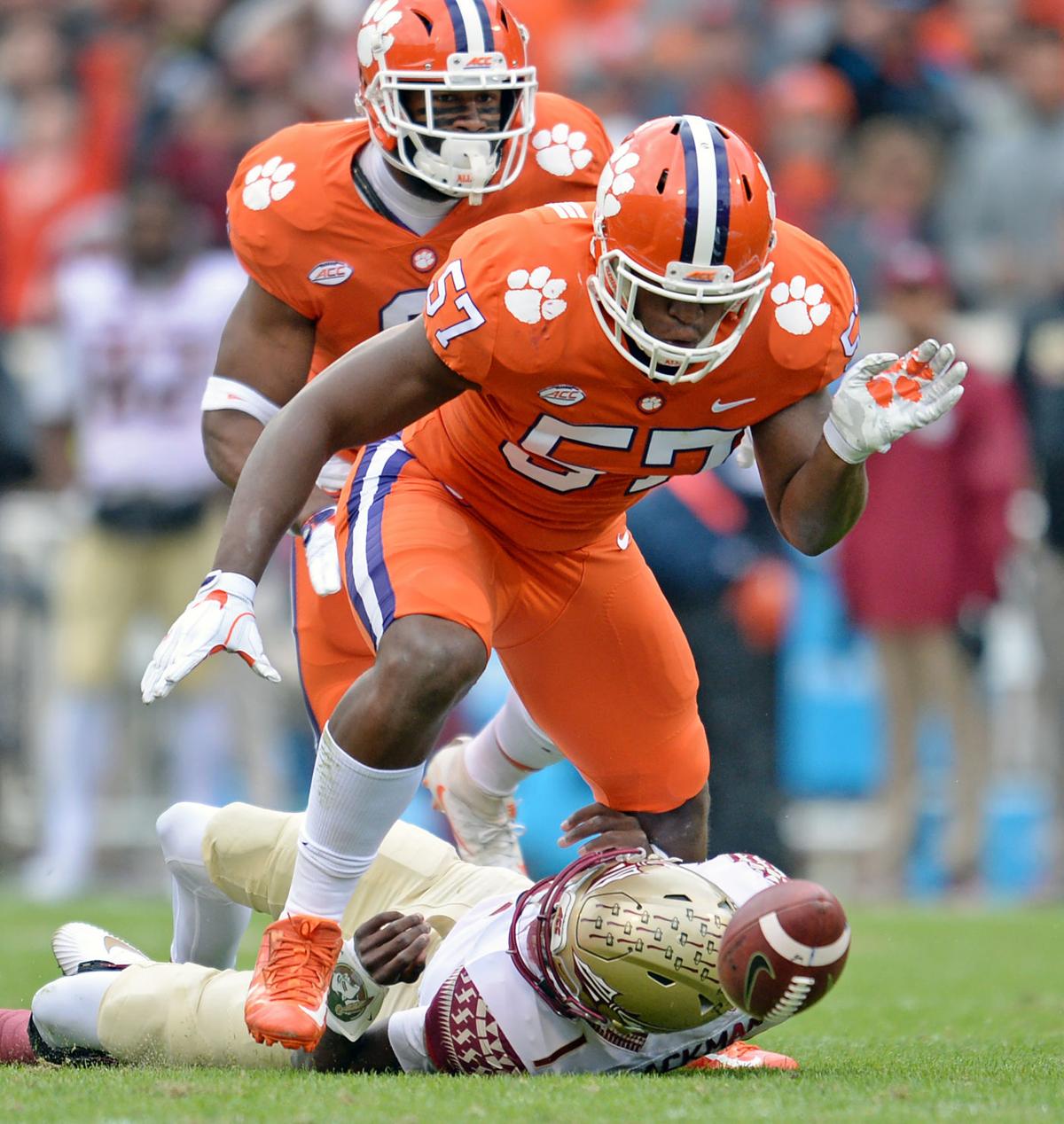 Clemson linebackerTre Lamar (57) will forgo his senior season and declared for the NFL Draft on Wednesday. File/Gwinn Davis/Special to The Post and Courier 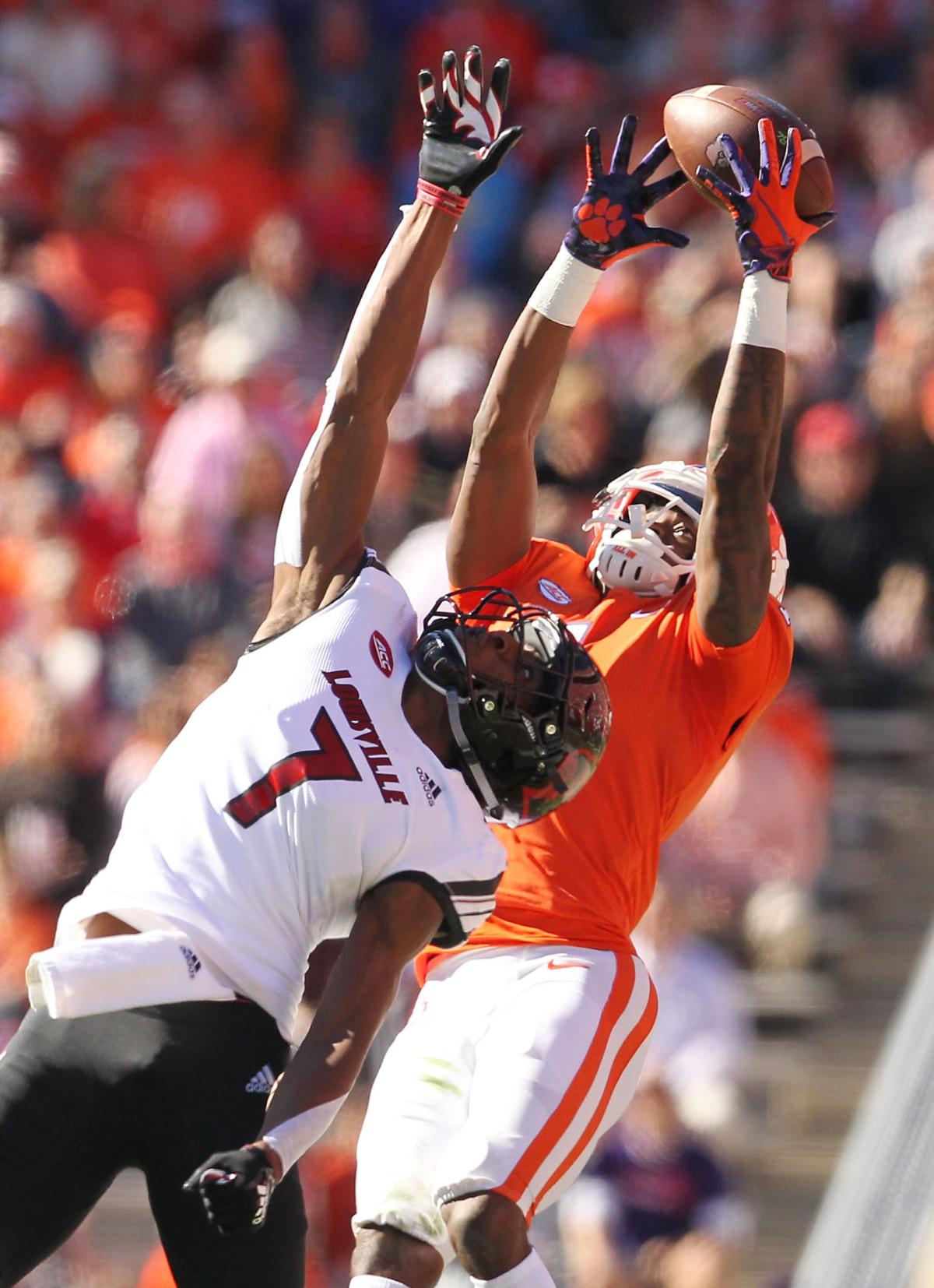 Clemson's Trayvon Mullen will forgo his senior season and declared for the NFL Draft on Wednesday. (Travis Bell/SIDELINE CAROLINA)

Clemson defensive lineman Dexter Lawrence will forgo his senior season and declared for the NFL Draft on Wednesday. File/Gwinn Davis/Special to The Post and Courier

Clemson linebackerTre Lamar (57) will forgo his senior season and declared for the NFL Draft on Wednesday. File/Gwinn Davis/Special to The Post and Courier

Clemson's Trayvon Mullen will forgo his senior season and declared for the NFL Draft on Wednesday. (Travis Bell/SIDELINE CAROLINA)

Clemson defensive lineman Dexter Lawrence, linebacker Tre Lamar and defensive back Trayvon Mullen announced Wednesday that they will forgo their senior seasons and declare for the NFL Draft.

The deadline for underclassmen to declare for the draft is Monday.

Lawrence, who had 37 tackles and 7½ tackles for loss in 2018, missed both of Clemson’s College Football Playoff games after testing positive for ostarine – a performance enhancing drug that is banned by the NCAA.

"Clemson has been a blessing to me the last three years," Lawrence said on Twitter. "I have accomplished the three things I wanted most: to grow as a man, to grow spiritually, and to become a better football player. I am also thankful for all the adversities and storms I have went through here at Clemson. I  have given Clemson all I have. I believe that the next step in my life is to forgo my senior season and enter the 2019 NFL Draft."

Mullen earned defensive MVP honors for his performance in Clemson’s 44-16 rout of Alabama in Monday night’s national championship game in Santa Clara, Calif. Mullen had six tackles, an interception, a sack and a forced fumble.

“I want to thank the Clemson family for the experience I’ve gained and the opportunity to play on this team for the past three years,” Mullen said on social media. “This school and program have helped me become a better person on and off the field.

"Because of our culture, our fans, and for many other reasons, Death Valley will always hold special memories for me. It was a tough decision, but I left it in God’s hands. I am ready to move on to the next chapter in life. I have decided to forgo my senior year and declare for the NFL Draft.”

Lamar, the Tigers’ starting middle linebacker, was third on the team in tackles with 80 total stops. He added 5½ tackles for loss, three sacks, an interception and five quarterback hurries. He had six tackles against Alabama.

“I cannot truly express my thanks and my gratitude for the many blessings I’ve had in my time as a student-athlete at Clemson,” Lamar said. “I want to thank coach (Dabo) Swinney for what he’s built at Clemson and allowing me to be a part of it.

"To the Clemson family, I will never forget Death Valley and the energy you brought to it every week. With all that said, after much consideration, I have elected to forgo my senior season and enter the 2019 NFL Draft. I may wear a new uniform going forward, I will always remain a Clemson Tiger."

With the departure of Lamar and Mullen, the Tigers will lose at least five defensive starters off one of the nation’s top units. That number could rise to as many as seven starters, if defenesive linemen Clelin Ferrell, a junior, declares for the draft as expected.

If Ferrell leaves, the Tigers will have to replace their entire defensive front, which was widely considered to be the top unit in college football.

Ferrell, who won the Ted Hendricks Award given to college football’s top defensive end, was Clemson's top pass rusher this season, recording a team-high 11½ sacks and 20 tackles for loss.

Other juniors that could leave are defensive backs K’Von Wallace and Tanner Muse, as well as redshirt sophomore Isaiah Simmons.

John Simpson, a former Fort Dorchester High School star, Tremayne Anchrum and Gage Cervenka are all juniors, but are expected to return for the 2019 season.