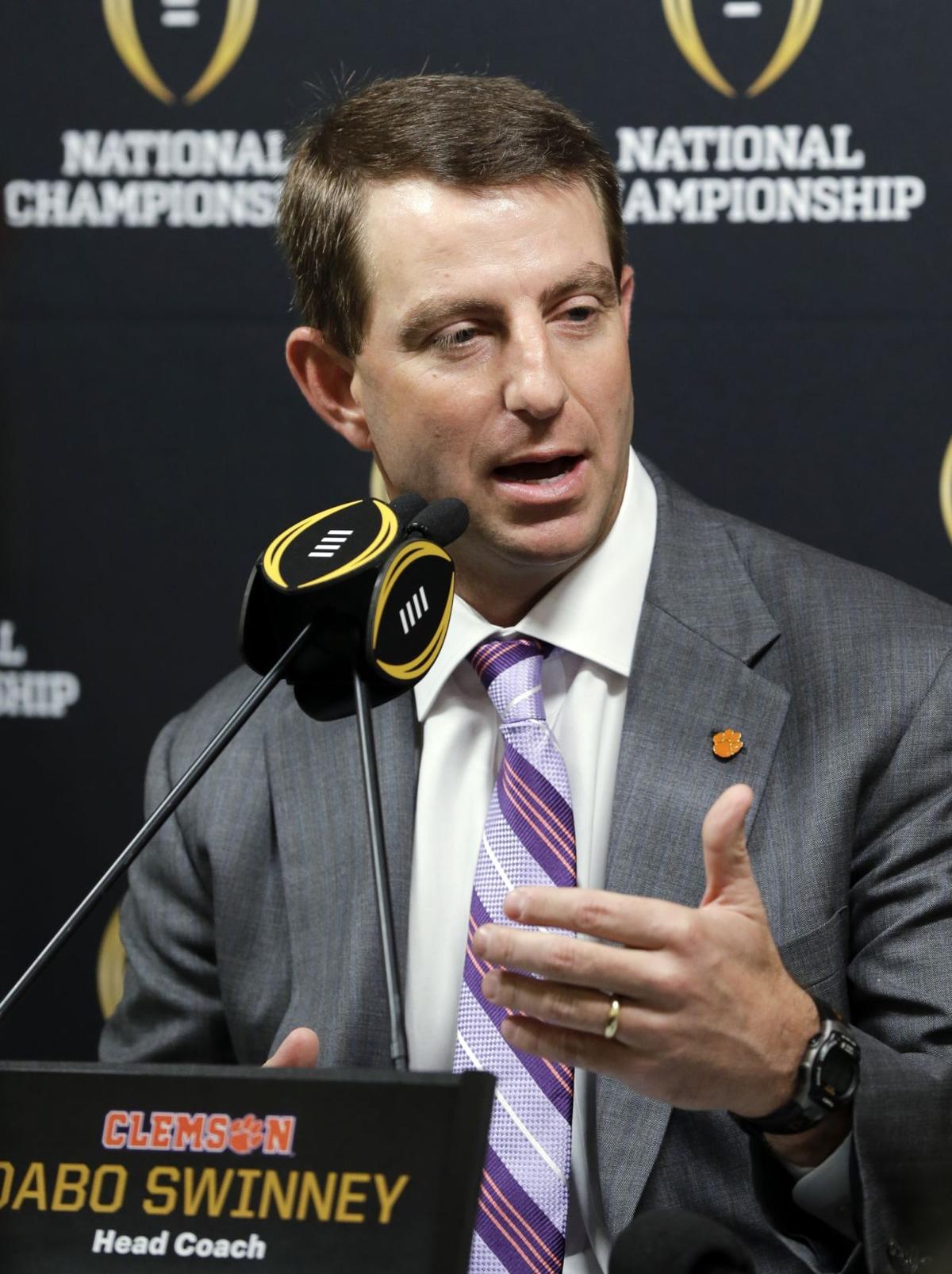 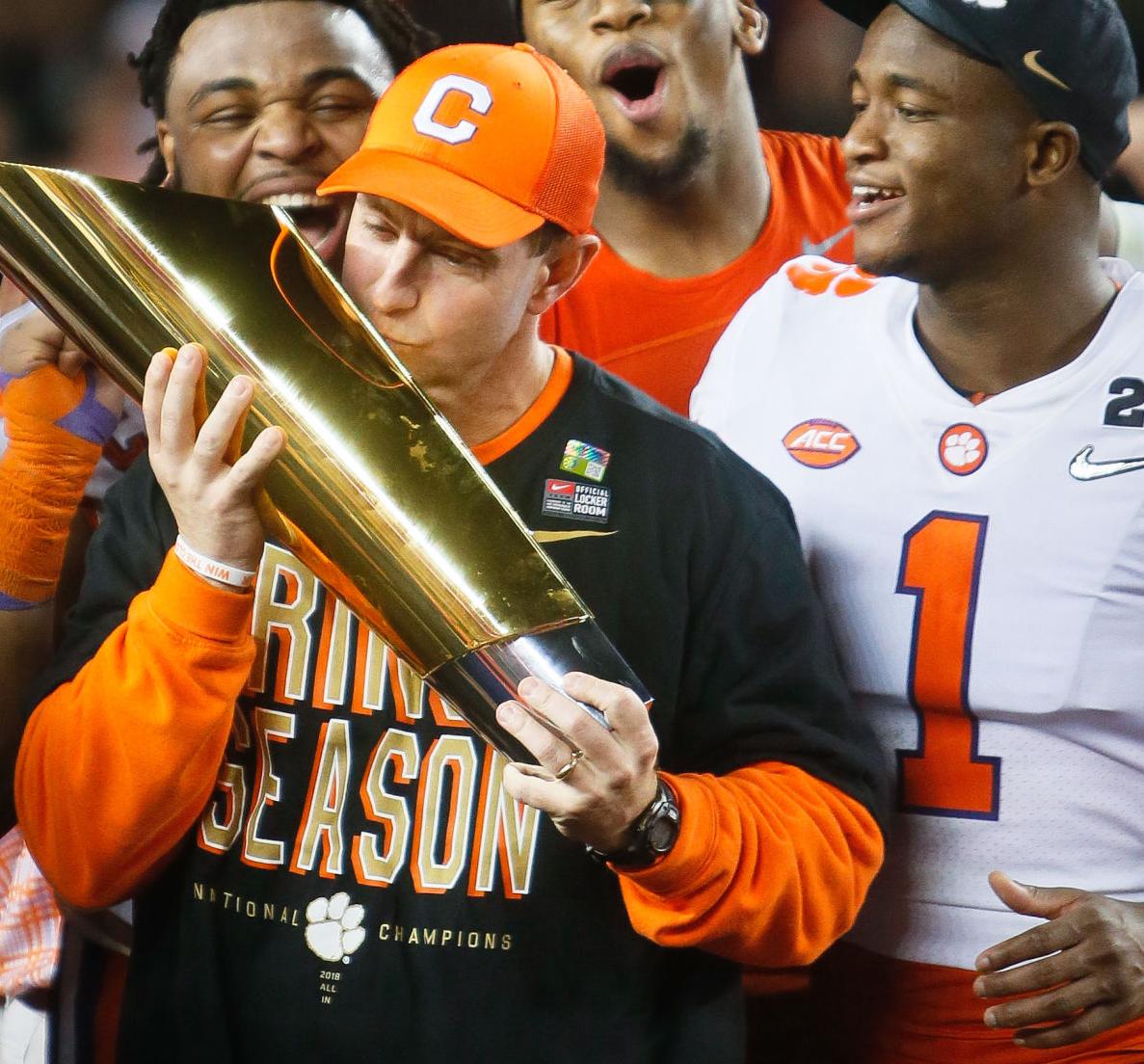 CLEMSON — Clemson officials still don’t know or aren’t saying how three football players tested positive for an illegal performance-enhancing drug prior to the Dec. 29 Cotton Bowl. But as the program continues to appeal the suspensions, head coach Dabo Swinney acknowledged it could have come from within — mistakenly.

Swinney told The Post and Courier that the process is out of his hands and that the university’s legal team is still looking into all possibilities, which includes the chance that Clemson gave the players something the athletic department thought was cleared by the NCAA.

“Oh yeah, I mean, there’s a chance that it could come from anything,” Swinney said when asked if it’s possible the players ingested ostarine in a Clemson-issued supplement or were exposed to it in some other way at the school. “They’re going to test everything and look at everything. And that’s the problem. As you really look at this stuff, it could be a contaminant that came from anything, that was something that was cleared and not a problem, and all of a sudden, it becomes there was something.”

Dexter Lawrence, Braden Galloway and Zach Giella, three of fewer than 20 Clemson players tested for drugs by the NCAA before the College Football Playoff, tested positive for the banned PED ostarine. They were not allowed to play in the Cotton Bowl or Clemson’s national championship victory over Alabama and have been suspended for the 2019 season (Lawrence has already left school for the NFL draft).

Clemson officials have not responded to questions from The Post and Courier emailed on Jan. 31 asking what supplements football players were offered during the season and who oversees that distribution.

Most major college athletic departments offer various dietary supplements to athletes per NCAA rules. But the NCAA on its website and via education programs aimed at schools urges caution.

Under “KNOW THE RISKS” on the NCAA’s Dietary Supplements section of its web site are two warnings:

• Dietary supplement companies are not required to prove their products’ safety, purity or effectiveness.

• Manufacturers of dietary supplements must list all ingredients on the product label; however, a dietary supplement may contain a banned substance not listed due to poor manufacturing practices or intentional adulteration.

Clemson on Friday received a 45-day extension by the NCAA on what originally was an appeal window set to end in mid-February.

School lawyers might be hedging toward a “poor manufacturing practices” angle in its official presentation to the NCAA, citing the ostarine was part of an NCAA-approved supplement.

“You can research articles, there are a lot of times when things are cleared and end up having a contaminant in it because of where it was processed, the factory it came from, whether there were other things there, “Swinney said. “So there’s a lot of that. There’s a case out there that there was a contaminant at a testing lab. There are lots of different things and the legal people are involved in that.”

Dr. Amy Eichner, Special Advisor on Drug Reference & Supplements at the U.S. Anti-Doping Agency, told The Post and Courier that some supplement companies “even deliberately spike their products with high doses of ostarine while other dietary supplements are contaminated — probably accidentally — with low levels of it.”

But such an appeal tactic also comes with risks: If Clemson argues it distributed a tainted supplement, it seems likely more than three players had access to that supplement. Clemson’s official 2018 football roster included 119 players.

An NCAA official told The Post and Courier that approximately 1,100 athletes per year are screened for drugs at championship events, and on average fewer than 10 per year test positive for the category ostarine falls under. Those numbers do not include the 2018-19 season numbers, which would include the Clemson players.

Ostarine is an illegal substance banned by the FDA for human use. It is a PED classified as a selective androgen receptor modulator (SARM).

A bipartisan U.S. Senate bill, the SARMs Control Act of 2018, was introduced by Orrin Hatch (R-Utah) and Sheldon Whitehouse (D-Rhode Island) last April. It gives the Drug Enforcement Agency authority to get SARMs off the market.